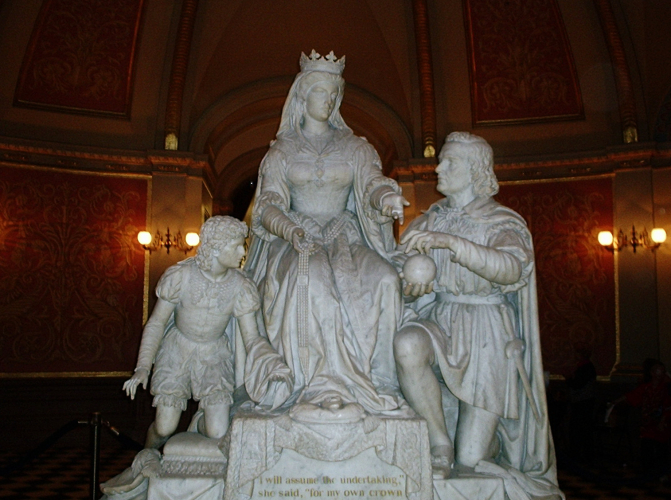 original image (1514x1128)
Juneteenth is considered the most widely celebrated holiday celebrating freedom of Pan Africans around the world.

Today, the beginning of widespread recognition that the spark of the Trans Atlantic Trade of Human Cargo began in 1442 and the agreed upon date to celebrate the end of Slavery in the United States of America is Juneteenth.

Originally, celebrated on June 19, the day that Union soldiers including 3,000 U.S. Colored Troops, assembled at the Island Port of Galveston, Texas, the final Confederate Port at the end of the U.S. Civil War.

Under the Command of General Granger, a 7 week military campaign ensued under the orders from President Andrew Johnson to go plantation to plantation freeing enslaved Pan Africans and securing the US/Mexico border, confiscating vast quantities of King Cotton.

Freedom celebrations annually include parades, concerts, and readings of the Emancipation Proclamation. This year, 2020 Juneteenth in the midst of a global COVID-19 pandemic offers a new principled dialogue, building on 2019 Juneteenth Reparation Congressional Hearings, which began the journey to clear up misconceptions and intentional distortions of the Trans Atlantic Trade in Human Cargo.

The newly released primary source documents show that in 1442 the Roman Catholic Church, Papal edict encouraged Spain and Portugal to divide military sponsorship of conquest throughout the Western Coastline of Africa.

Just a week ago, Pope Francis expressed and shared a willingness to find common ground as restorative justice becomes a viable opportunity. From 1442 to 1865 the beginning and ending dates that 2020 Juneteenth considers may find global attention now that “Black Lives Matter” and President Donald Trump brought widespread global attention to 2020 Juneteenth events with announcement of his Juneteenth Campaign Rally.

Few have quantified and qualified the initial slave ship voyages, 2020 Alta California Juneteenth, Dia De Los Negroes is reaching out to ancient “Negroland” to continue a process of mutual restoration, reconciliation and renaissance as part of our California Pan African Heritage, in seamless collaboration with the African Union.

Indeed, few can imagine the festive occasions on the Cotton plantations at the Port of Galveston Island, Texas on June 19, 1865 when Maj. Gen. Gordon Granger and his Union troops arrived enforcing the ending of the US Civil War and sharing the rumor that the enslaved were now free.

Granger read from General Order No. 3, which said: “The people of Texas are informed that, in accordance with a proclamation from the Executive of the United States, all slaves are free. This involves an absolute equality of personal rights and rights of property between former masters and slaves, and the connection heretofore existing between them becomes that between employer and hired labor.”

The term Juneteenth is a blend of the words June and nineteenth. Nationwide efforts to establish a National Juneteenth Day or Freedom remains a challenge. According to Dee Evans, National Director of Communications for the National Juneteenth Observance Foundation, there will be Juneteenth celebrations in almost every state this year. Forty-six states and the District of Columbia recognize Juneteenth as a state holiday or day of recognition, like Flag Day.

For generations, Juneteenth celebrations used to revolve around the Black Church with speeches and picnics, according to Para LaNell Agboga, museum site coordinator at the George Washington Carver Museum, Cultural and Genealogy Center in Austin, Texas, which has one of the only permanent Juneteenth museum exhibits in the country. Most churches are closed
2020 Juneteenth in a COVID-19 Global Pandemic and we look to Pope Francis to balance U.S. President Donald Trump's Juneteenth message to the world, expanding recognition of all Freedom Celebrations.

In 2019, more than 150 cities had 2019 Juneteenth celebrations, Dee Evans said, each celebration is different, from parades in places like Philadelphia, Chicago, New York, Atlanta, San Francisco and Houston, to concerts in Tulsa, Oklahoma, Denver and Marietta, Georgia, to free genealogy workshops outside of Washington, D.C., “Black Live Matters” global rallies may turn into celebrations of freedom.

“In 1535, the first enslaved Pan African were recorded in California. Spanish conquistadors brought enslaved Pan Africans for conquest and who were later breed with indigenous population in “New Spain” and much, much later evolved in the Mexican Republic we know today. Alta California History remains cloaked in secrecy and remains off limits as the California State Legislature prepared for a Juneteenth Budget Release.

“June 19, 1865, Dia De Los Negroes was initially celebrated by “hidden figures.” Today, our past, present and future is a shared heritage that is finally allowed to be recognized without fear of persecution.

“Our freedoms are fragile, and it doesn’t take much for things to go backward,” our 2020 California Juneteenth, Dia De Los Negroes will be featured throughout Northern California, June 18-21, 2020