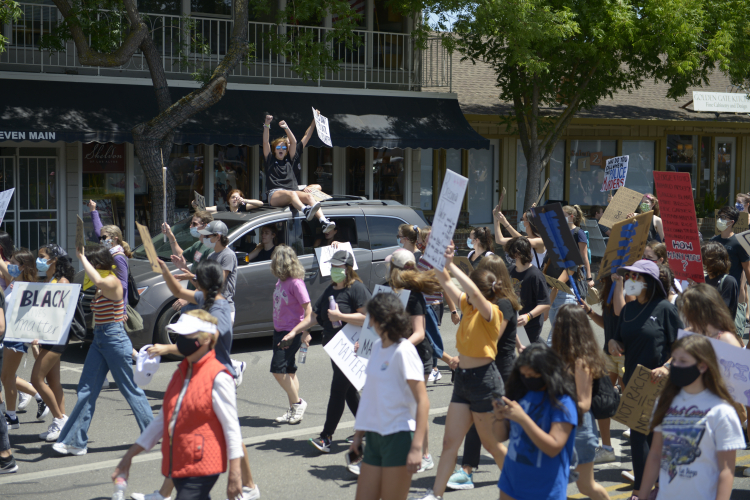 Los Altos High School students, who organized a protest held on June 5, came with specific demands. Number one--Derek Chauvin must be charged with first-degree murder in the death of George Floyd. Beyond that they said they want to see police departments defunded and demilitarized so similar incidents will not happen in the future.

On an unusually warm day, their march went through downtown Los Altos, where shop owners stood outside stores to watch the long procession, some even indicating their approval. It ended at the town's Lincoln Park on University Ave.

Student speakers had much to share. They told of experiences being hassled for "driving while black," they read expressive poems, and they came with a list of demands.

Among those demands were the following.
--All people involved in the murders of George Floyd, Breonna Taylor, and Ahmaud Arbery must be prosecuted to the full extent
--Federal police reform legislation with a zero-tolerance approach toward officers who kill unarmed, non-violent and non-resisting people must be enacted
-- Chokeholds and strangleholds must be banned
-- Officers must be mandated to engage in de-escalation strategies where possible to avoid using force

§The Los Altos Protest Was Held on the Day that would have been Breonna Taylor's Birthday
by Teens Lead the Way
Thursday Jun 11th, 2020 4:43 AM 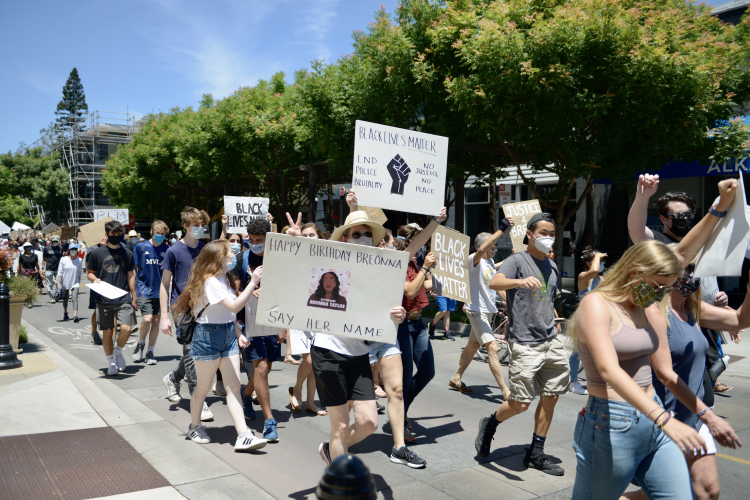 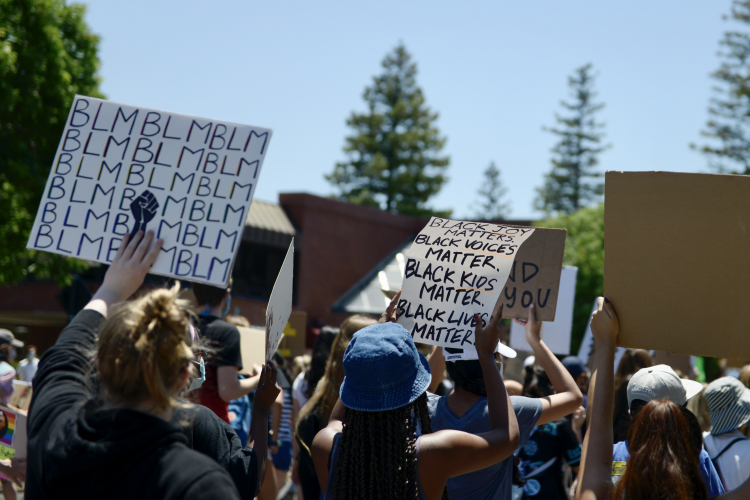 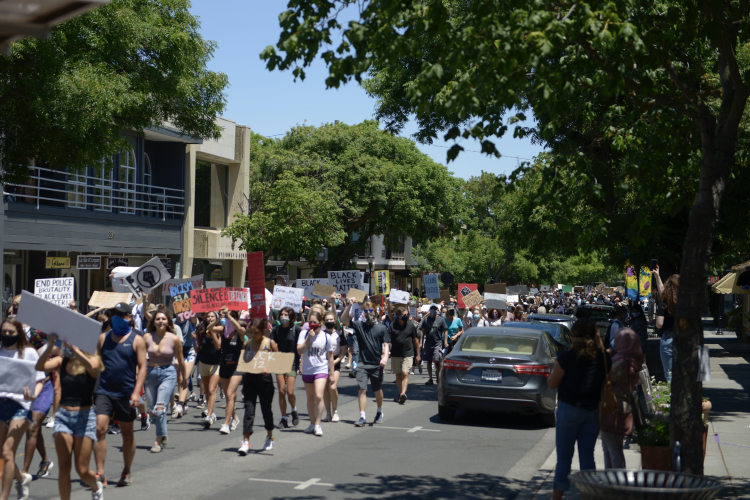 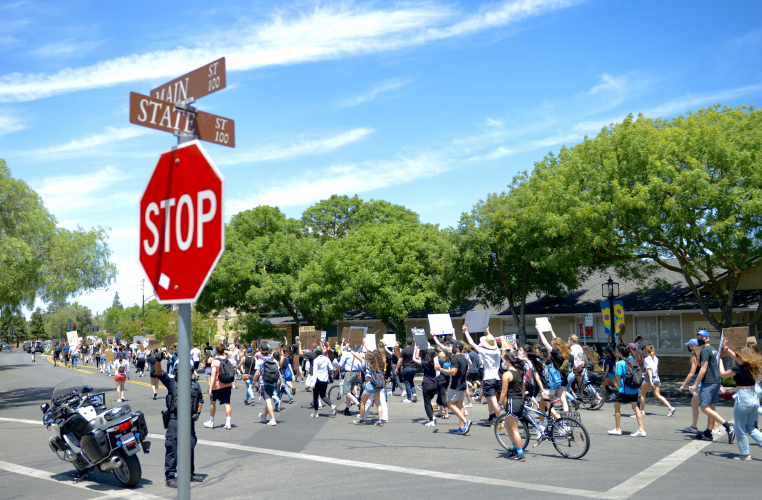 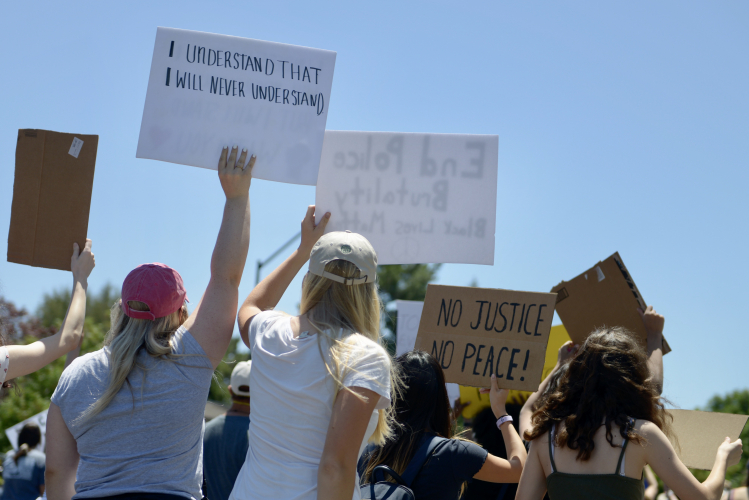 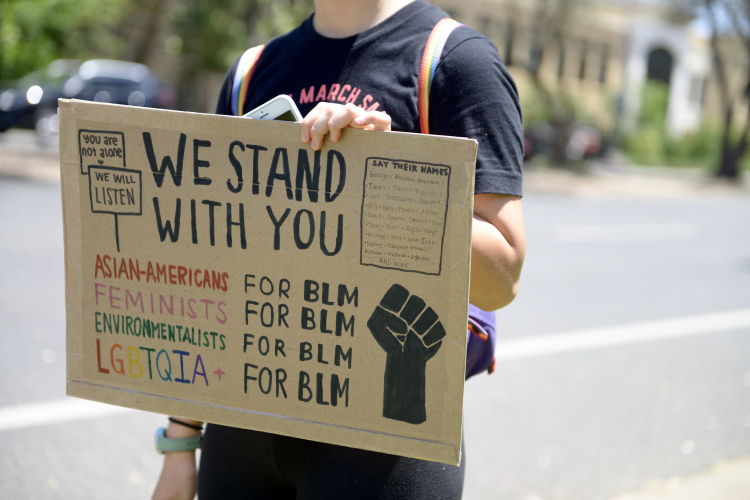 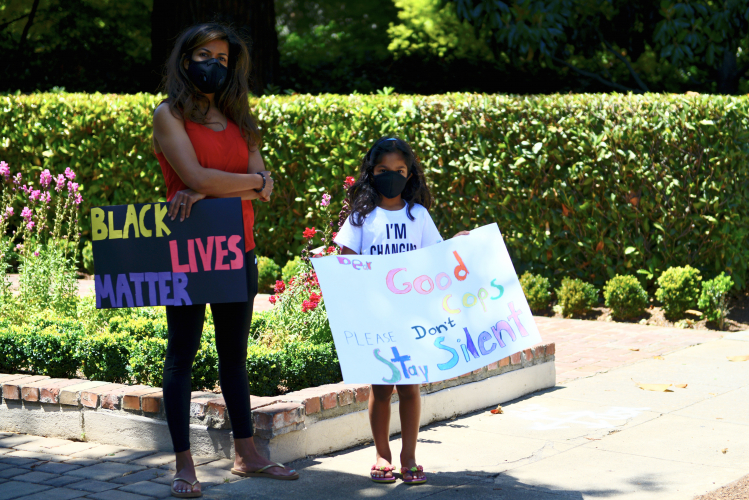 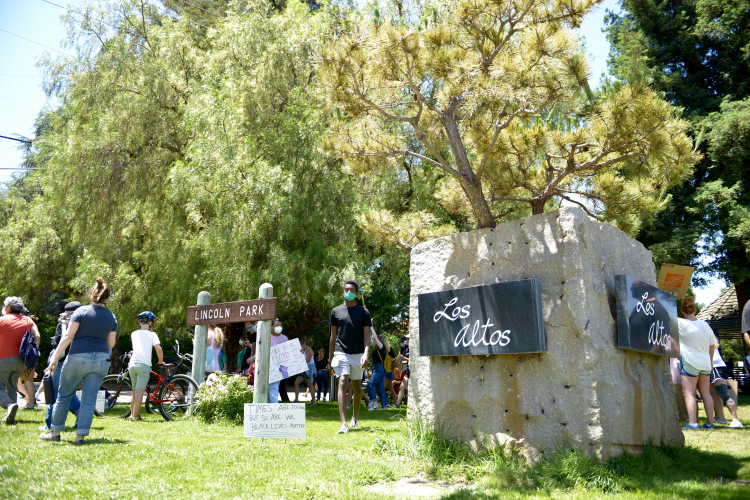 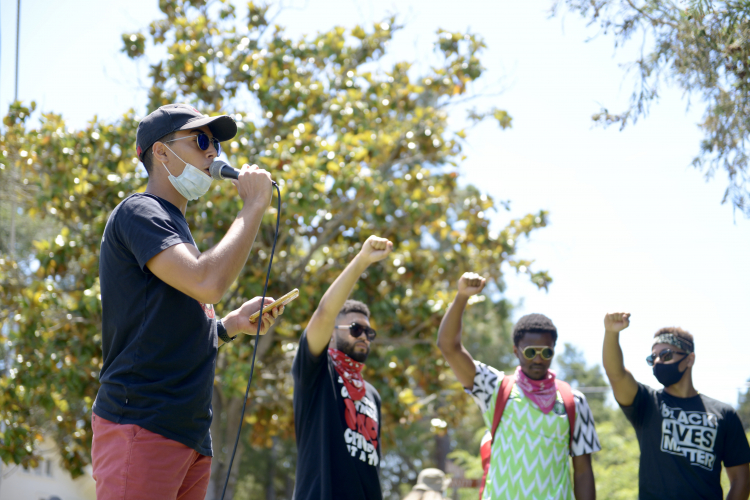 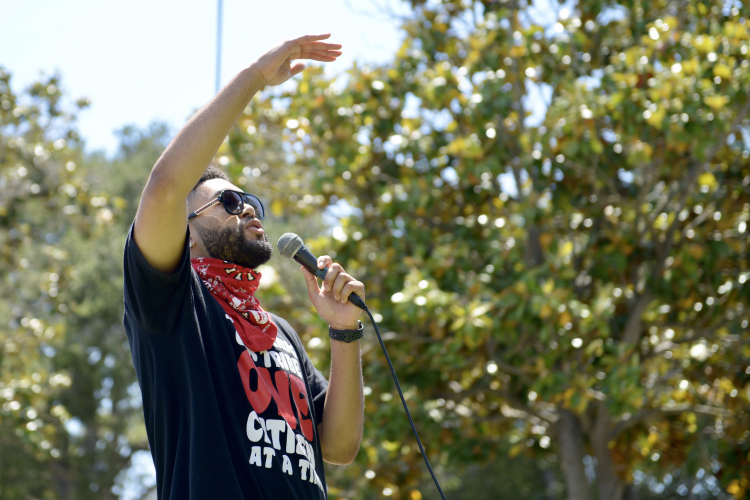 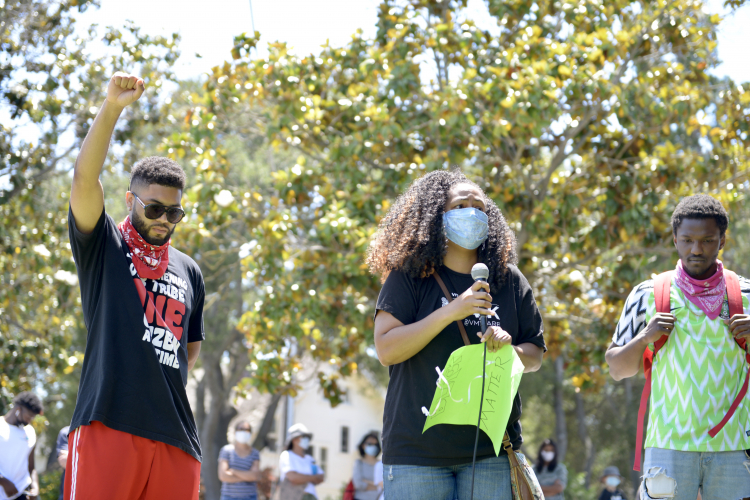 original image (4795x3196)
Add Your Comments
Support Independent Media
We are 100% volunteer and depend on your participation to sustain our efforts!