Add an Event
Newswire
Calendar
Features
Home
Donate
From the Open-Publishing Calendar
From the Open-Publishing Newswire
Indybay Feature
Related Categories: California | Police State & Prisons | Racial Justice
Bakersfield, California protester dies after being run over by neo-Nazi
by Adam Mclean (WSWS Repost)
Wednesday Jun 10th, 2020 8:31 AM
There is absolutely no reason to believe the account of the police that Robert Forbes (illustrated) was killed in an accident on June 3rd, 2020. 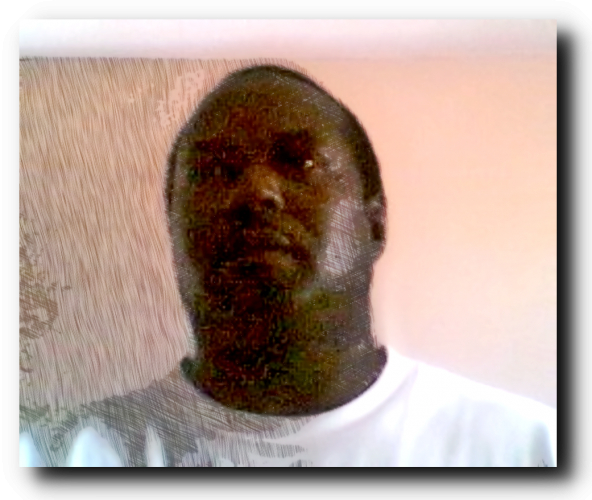 Bakersfield, California protester dies after being run over by neo-Nazi

By Adam Mclean at the World Socialist Web Site


Robert Forbes, 55, died this weekend in a Bakersfield, California hospital several days after being hit by a car while participating last Wednesday in one of the many protests against the police murder of George Floyd. Accounts of the event by protesters and police significantly differ, with protesters reporting that the driver, now known to be Timothy Keith Moore, hit Forbes with a clear intent to harm or kill him, and police calling it an accident.

Espinola Parker, Forbes’ sister, told Bakersfield Now Eyewitness News, “The information we have gotten for this person that sped up intentionally to hit him, I mean everybody, more than one people saying it, more than one people seen it, I mean the Facebook, the posts, the videos speaks up, that they’re not coming forward with but I just want to ask and hope everybody can come forward for his justice. It’s not different than Floyd’s.” Bakersfield Police Department (BPD) have said that the case is still “open for investigation” and have asked for any witnesses with information to come forward.

There is absolutely no reason to believe the account of the police. Since Forbes was killed, information has come to light showing that it is virtually impossible that this was a mere accident. A significant amount of public evidence points to a direct relation between Moore and the police, and if he was not in fact acting in coordination with them, that their response to the incident was one of tacit approval.

Their kid-glove treatment of Moore, who sports neo-Nazi tattoos, stands in stark contrast with their treatment of the protesters and of the working class more broadly. Moore was not arrested at the scene. Rather than tackling him to the ground and risking asphyxiating him, police formed a line between protesters and Moore. BPD put out a statement explaining, “BPD surrounded the driver to keep him safe from the crowd of protesters who were emotionally charged … it is BPD’s job to keep all community members safe.”

They at no point handcuffed Moore and even allowed him to smoke a cigarette during his arrest. Video of Moore shows him behind several police officers shortly after hitting Forbes, arguing with protesters and at one point even cracking a smile. After being brought to the police station, he was released and no charges were filed against him, despite admitting that he hit Forbes. Typically this would be tantamount to admitting to vehicular manslaughter.

The BPD did not release Moore’s name after releasing him, but Moore would later admit to being the driver on a Facebook post. In all likelihood his name would not have been publicly known otherwise.

Moore was not unknown to the police, as he has a history of crime going back decades and has been in prison on multiple occasions. As recently as February 19 of this year, Moore was arrested during a traffic stop as part of an investigation by the San Luis Obispo County Sheriff’s Special Operations Unit for conspiracy to transport or sell narcotics, possession of a controlled substance for sale, and firearm-related charges.

He was found with a few pounds of various illegal drugs, including methamphetamine, heroin, and fentanyl, the sum total of which would have a street price of at least tens of thousands of dollars. County sheriff officials said that he belonged to a network of people bringing drugs from Mexico.

At the federal level, the mandatory minimum for drug trafficking on this scale is five years in prison. As he was arrested earlier this year, this begs several questions. Why was he not already in prison? And when he brought to the Bakersfield station, why was he let go with such serious crimes on his record? For whatever reason, it is clear that police worked to keep Moore out of prison.

In the course of the last two weeks of protests against police brutality and inequality, there have been numerous reports of cars and even semitrucks being driven through crowds of protesters, many caught on camera and shared widely over social media. This includes cases in Los Angeles, New York City and Minneapolis. In Los Angeles and New York City, the police were responsible for these acts of terror, with videos of police vehicles being driven into crowds of protesters viewed millions of times. It should not be forgotten that this was also the means used by neo-Nazi James Fields, the man who plowed his car into a crowd of protesters during the Charlottesville protests in 2017, injuring 40 and murdering Heather Heyer.

The connection between the police and the far right is not new in American political life, but it is increasingly coming into the open. Just as police are more and more acting with the same unabashed violence as open fascists, these elements are finding new friends in the police. In addition to the shielding of Moore in Bakersfield, recent videos have been shared on social media of police advising the right-wing “Proud Boys” where and when they would attack protesters, and of police standing by and allowing vigilantes armed with baseball bats and other blunt weapons to roam the streets of Philadelphia.

After emboldening these forces with his fascistic politics and ravings, President Donald Trump is now using them in his effort to carry out a coup d’état to establish a presidential dictatorship.

At the time of this writing, some 20 people have been killed in the course of these protests, and over 10,000 have been arrested. For his part, the Democratic presumptive presidential nominee Joseph Biden has epitomized the fecklessness of the Democratic Party when he called for teaching cops “to shoot [people] in the leg instead of in the heart.” The Democrats have done nothing in response to the most serious moves towards dictatorship in the country’s history but pay lip service to calls to reform or defund the police after having voted for every major bill to increase military and police funding. The working class stands as the only social force capable of putting an end to the police reign of terror and halting Trump’s moves towards dictatorship.