Add an Event
Newswire
Calendar
Features
Home
Donate
From the Open-Publishing Calendar
From the Open-Publishing Newswire
Indybay Feature
Related Categories: Peninsula | Police State & Prisons | Racial Justice
"Equality Is the Soul of Liberty" Peaceful Protest in Palo Alto Pt. I
by R. Robertson
Tuesday Jun 9th, 2020 6:00 AM
Speakers called for major structural change in policing policies, with some protesters demanding defunding of the Palo Alto Police Department at a rally of thousands on June 6. Photos here are of the rally at King Plaza.

Pt. II will feature photos of the 4 mile march through downtown streets and Palo Alto neighborhoods. A national movement calling attention to deadly police policies is demanding the demilitarization and defunding of police forces throughout the nation. At a rally in Palo Alto's King Plaza, protesters called out loudly for defunding the Palo Alto Police Department, interrupting an uncomfortable looking Mayor Adrian Fine's address for a few minutes. Despite their cries, not a single member of the city council supports defunding the police or pursuing any major structural change that would prevent the kind of harassment that many Black Palo Altans attested to at the June 6 rally of thousands.

Estimates of crowd size ranged from 2,000 to 10,000 in attendance. In any case, the plaza at city hall, renamed Martin Luther King, Jr. Plaza in 2007, overflowed and the amplification could not even reach most.

Rev. Kaloma Smith of the University AME Zion Church gave one of the most impassioned speeches. He called for lifting the restricted access to Palo Alto's Foothills Park that keeps East Palo Alto and other non-residents from enjoying the wilderness setting. He said that instituting a policy in the Palo Alto Police Department that prevents the hiring of officers with disciplinary actions on their records would lead to less racial discrimination against people of color.

Palo Alto residents recognize that the city will need to make large budget cuts this year. At the first city council meeting following the rally, some asked the council to balance the budget by cutting police funding instead of firefighters and community programs. Their pleas fell on deaf ears as the conservative council members would not hear of defunding. Resistance remains strong in the community, however, and the struggle continues. 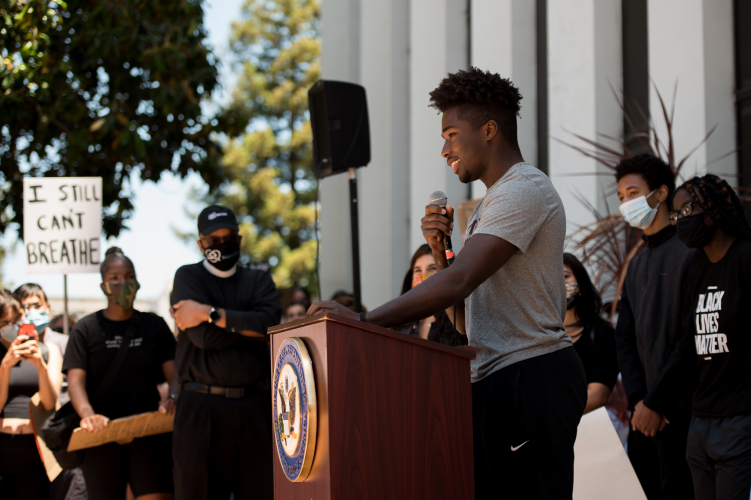 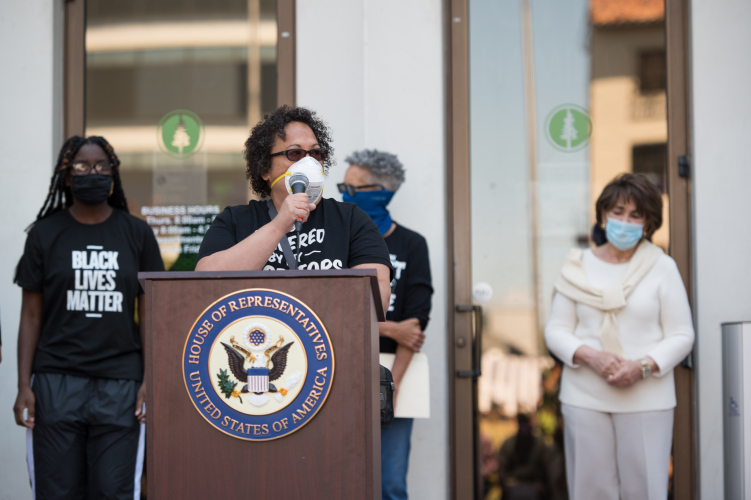 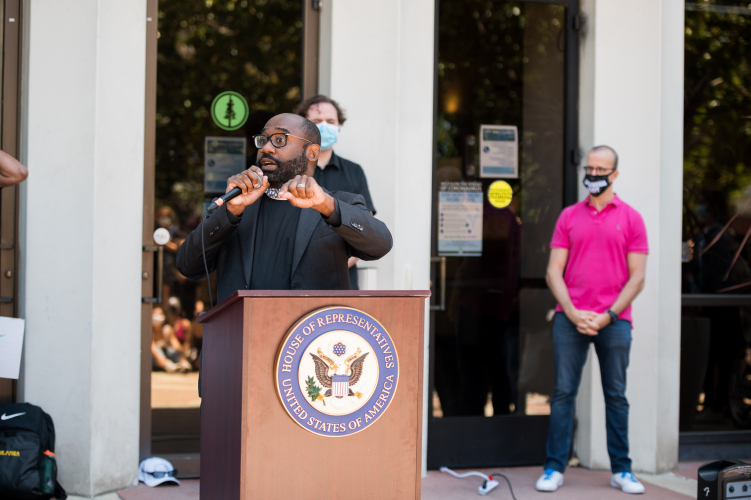 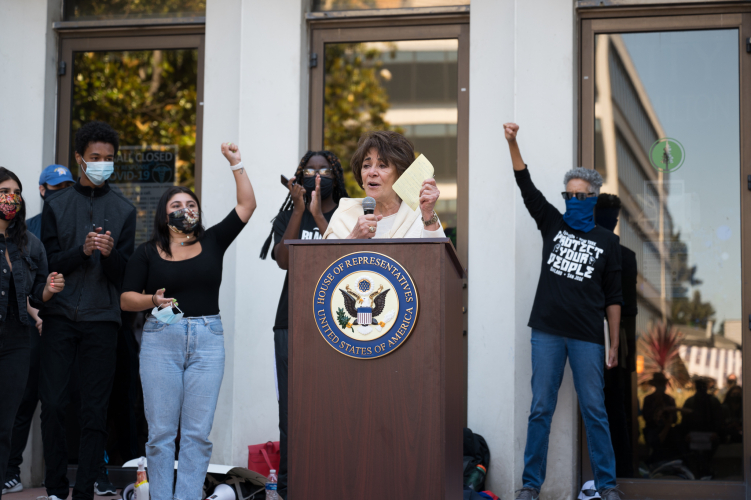 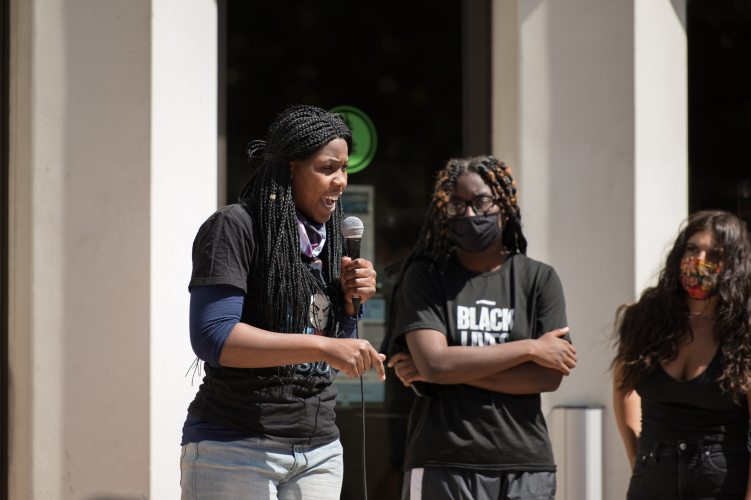 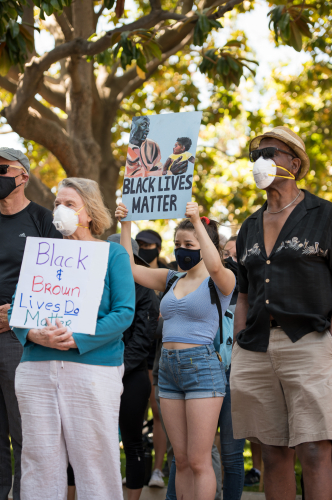 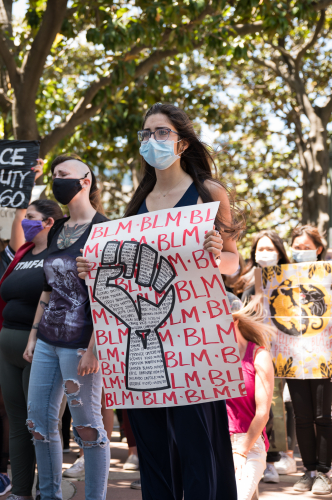 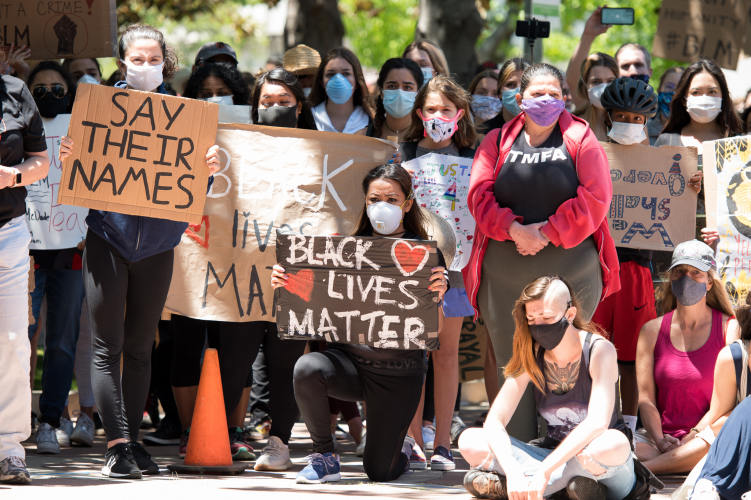 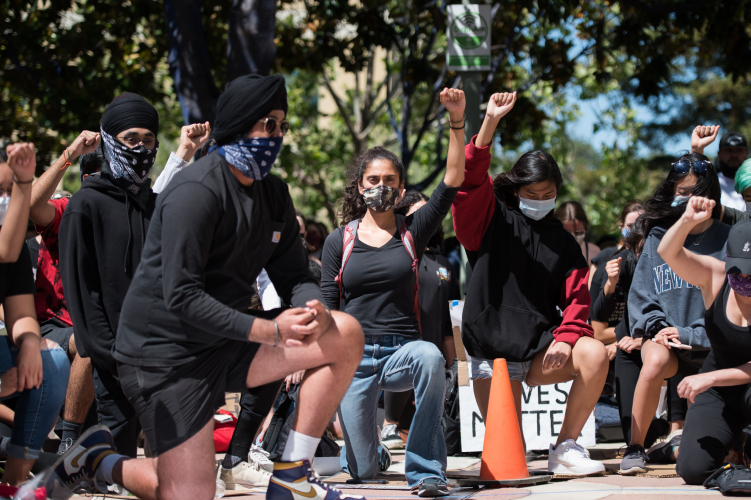 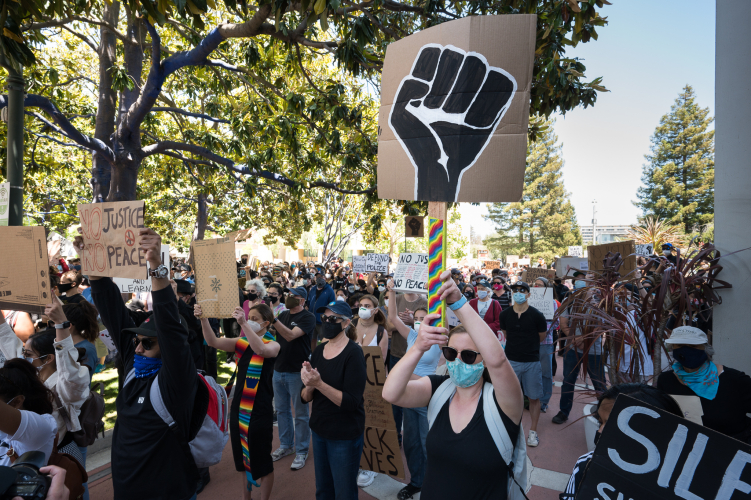 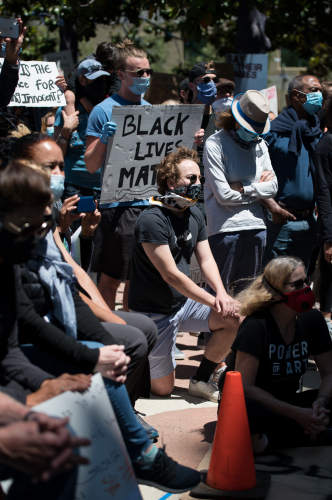 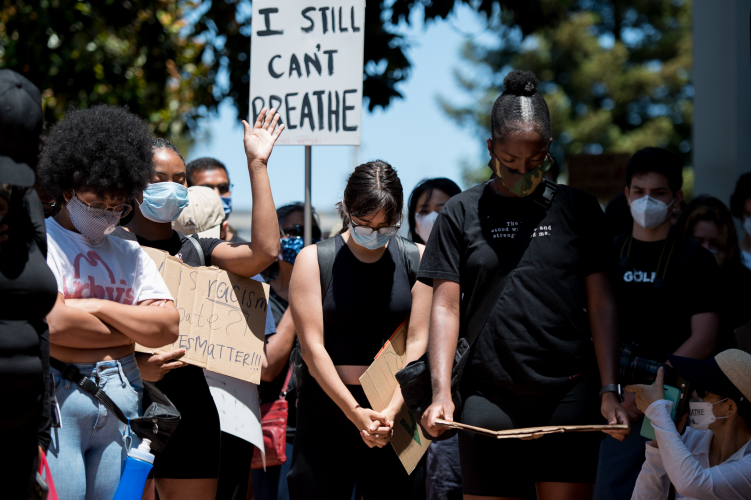 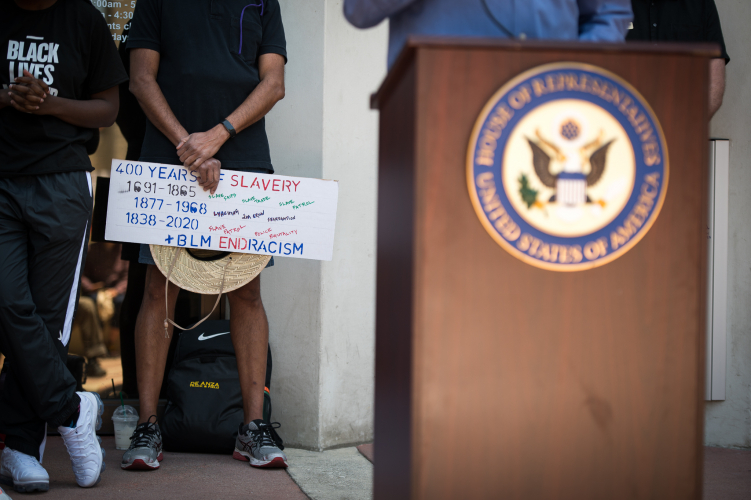 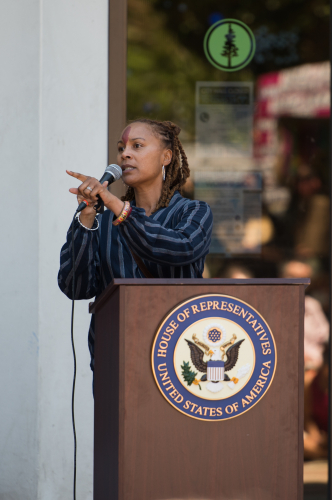 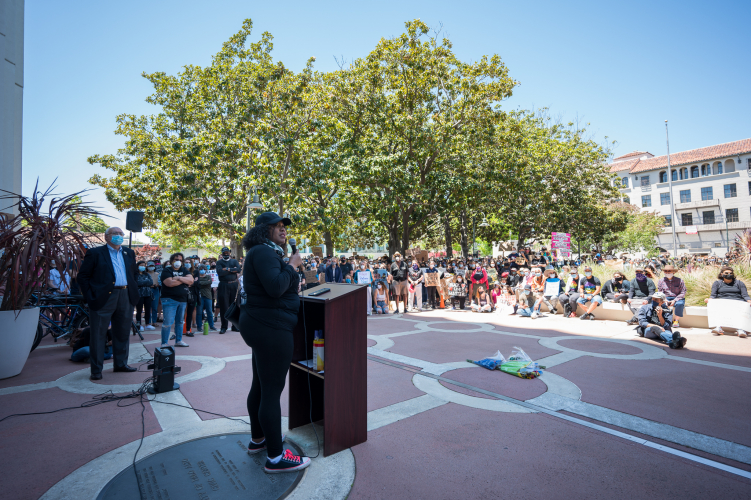 original image (2048x1363)
Mayor Wallace-Jones came from Southern California to attend Stanford University. She spoke of frightening encounters with Palo Alto police officers during her college years...and said those kinds of encounters are unfortunately not a thing of the past.
§The crowd that came to rally was so big it spilled out on to Hamilton and for blocks around
by R. Robertson
Tuesday Jun 9th, 2020 6:00 AM 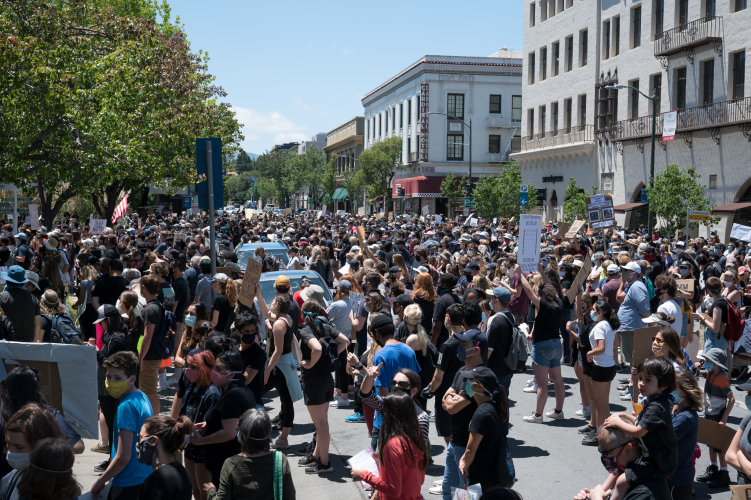