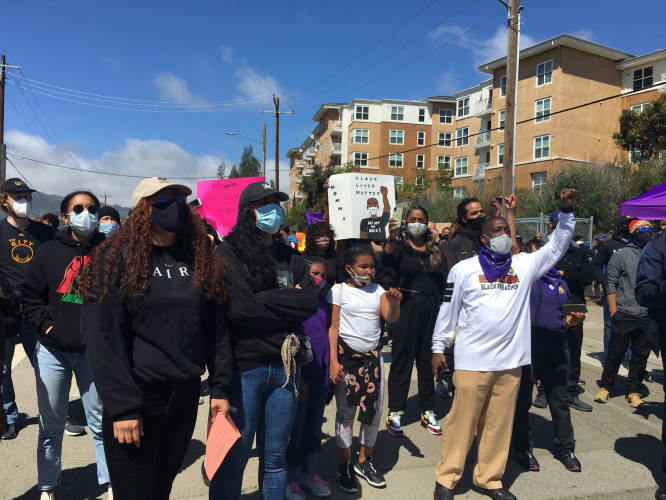 original image (4032x3024)
Hundreds of Northern California trade unionists from the SEIU and other unions rallied and marched in San Francisco's Hunters Point Bay View district protesting the murder of George Floyd and many other Blacks.

Many called for the defunding of the police and also for the police unions to be thrown out of the labor movement.

Community members also spoke out about the treatment of the community by the San Francisco police department.

The City & Country of San Francisco is also cutting public workers and there is 90% unemployment in the hotel industry among Unite-HERE Local 2 members and 100% unemployment among IATSE members. 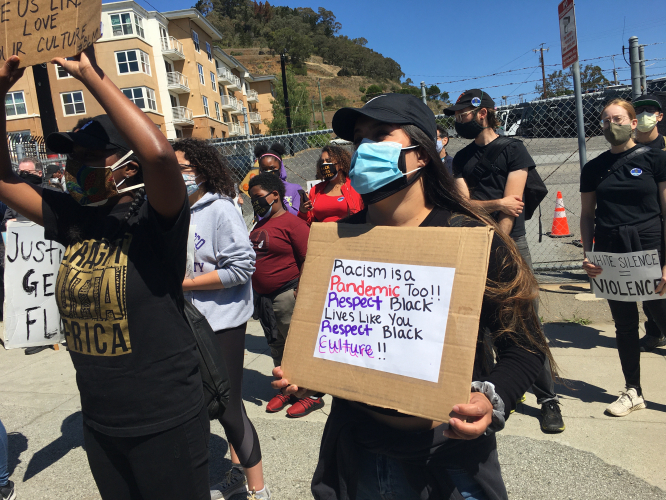 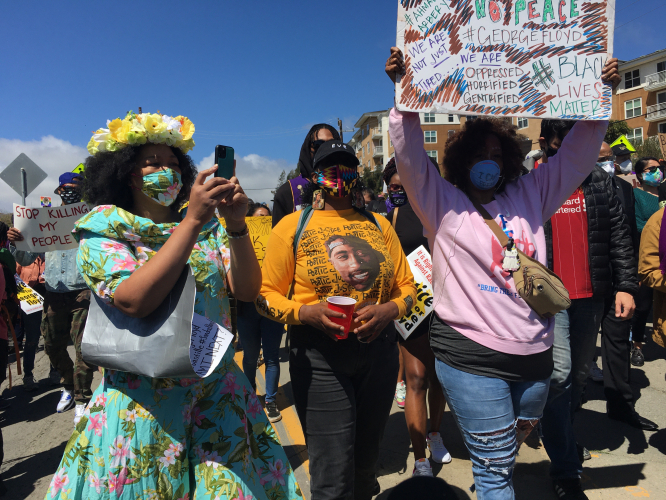 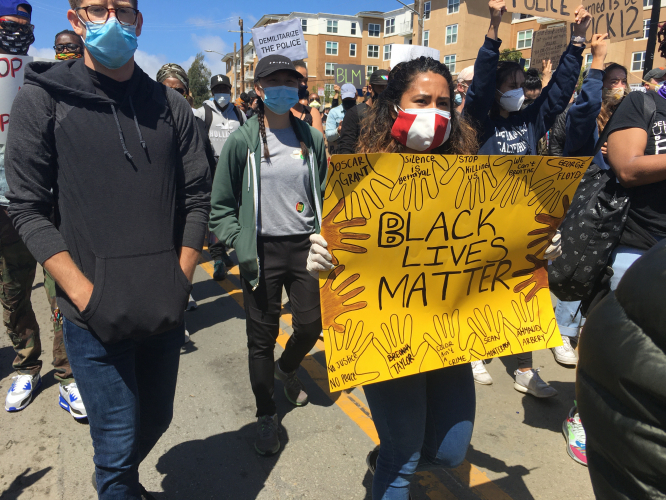 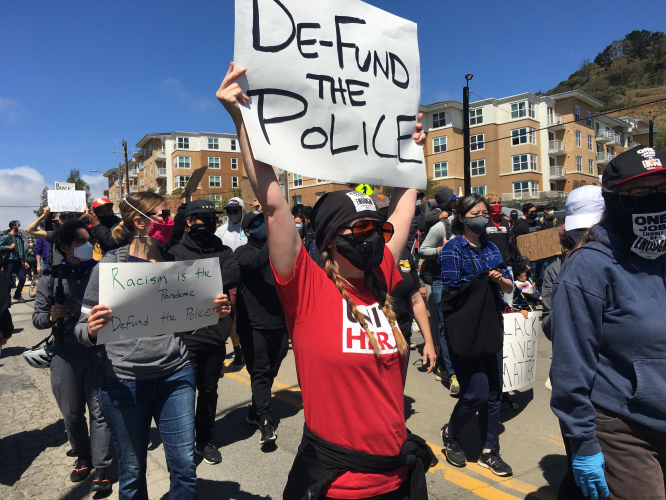 original image (4032x3024)
A Unite-HERE Local 2 member at the march supported the defunding of the police
https://www.youtube.com/watch?v=g2gk4W-PqCU
§Appalled by What?
by Labor Video Project
Saturday Jun 6th, 2020 7:13 PM 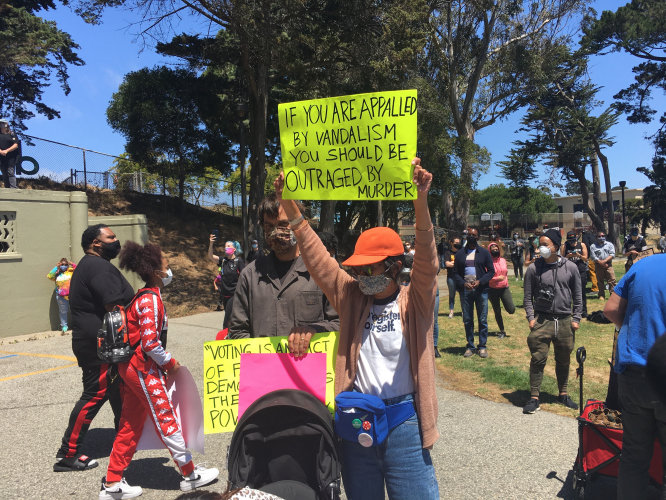 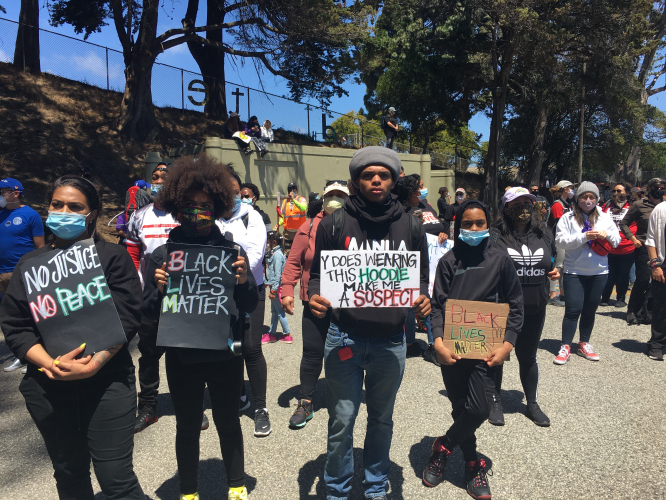 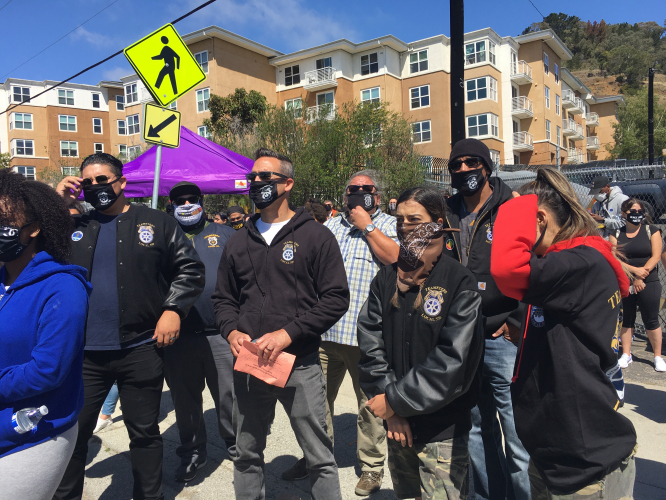 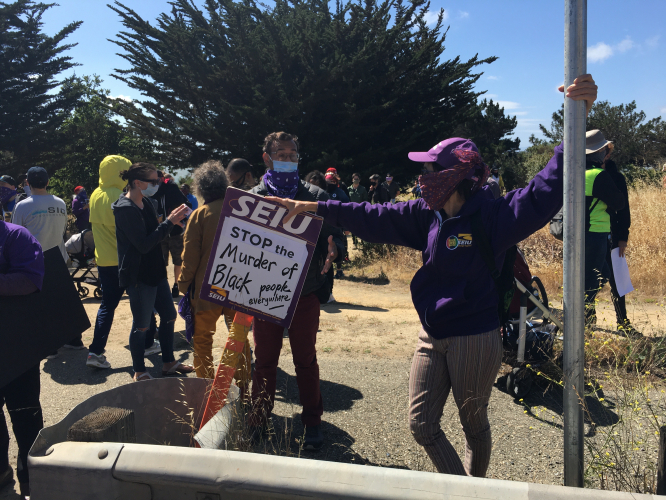 original image (4032x3024)
Protesters were again about the regular murder of Black people.
https://www.youtube.com/watch?v=g2gk4W-PqCU
Add Your Comments
Support Independent Media
We are 100% volunteer and depend on your participation to sustain our efforts!