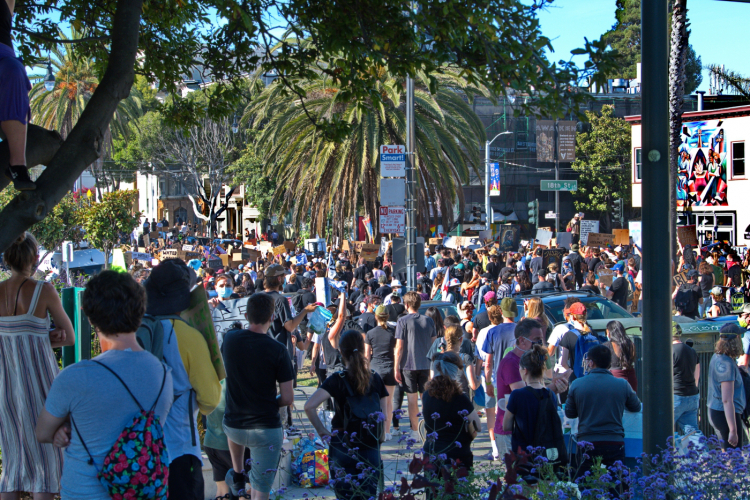 The Solidarity Protest assembled on 18th Street in front of Mission High School. The adjoining streets were packed solid with what must have been at lease 30,000 young people protesting racial injustice (social distancing? don't ask). Thousands were relaxing in Mission Dolores Park.

Musicians were playing in front of a large picture of George Floyd. Aztec dancers in elaborate ceremonial dress danced. The organizers must never have expected such a turnout as the march began informally down 18th street. As the street could not accommodate the mass of humanity, about half the marchers set off in the other direction, up 18th. The original intent to march to a police station having morphed into a march on City Hall.

At City Hall, about two thousand protested with chants and slogans with just the battle ready police and national guard as their audience.

Along Market Steet, there were many police, expecting more trouble than they received. 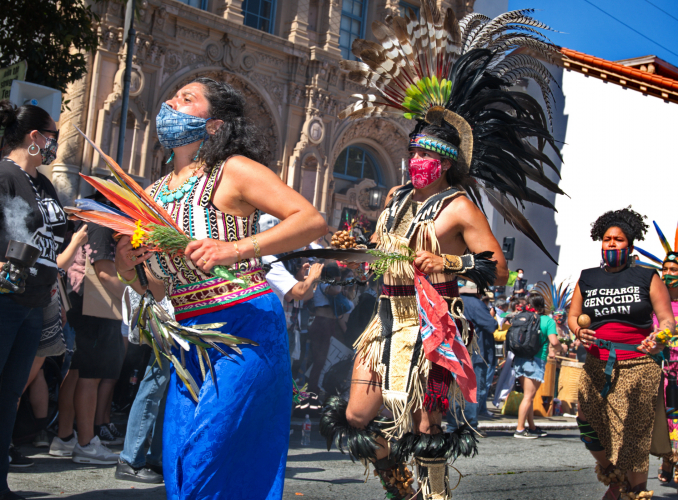 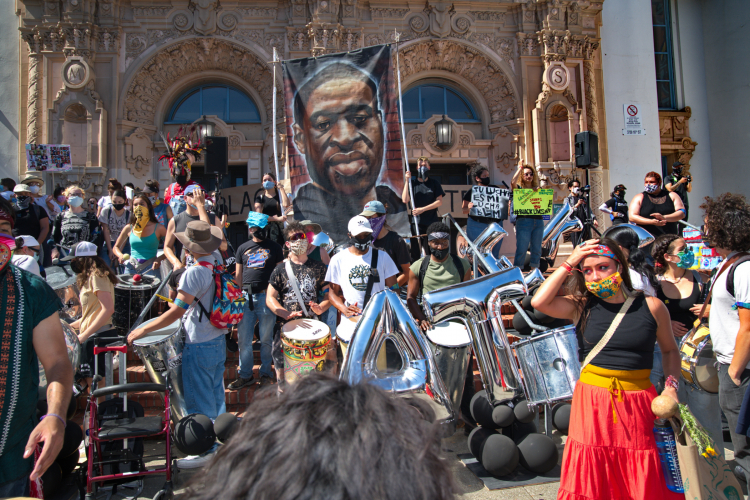 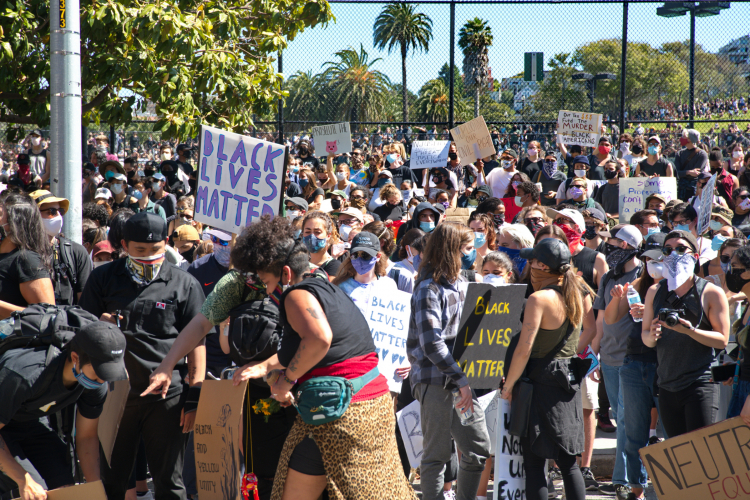 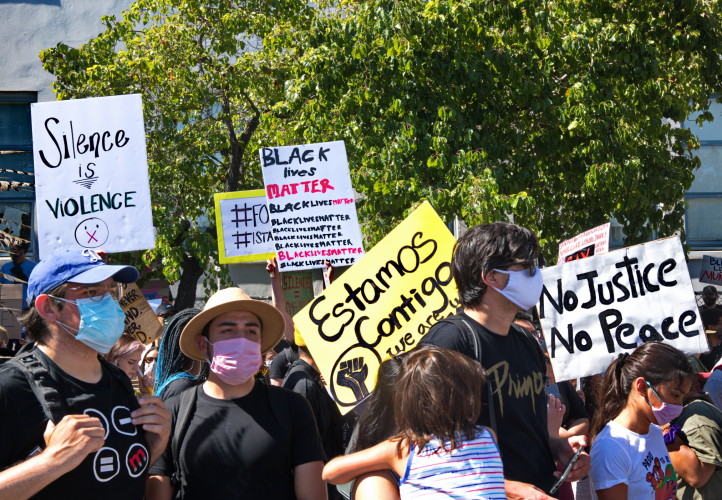 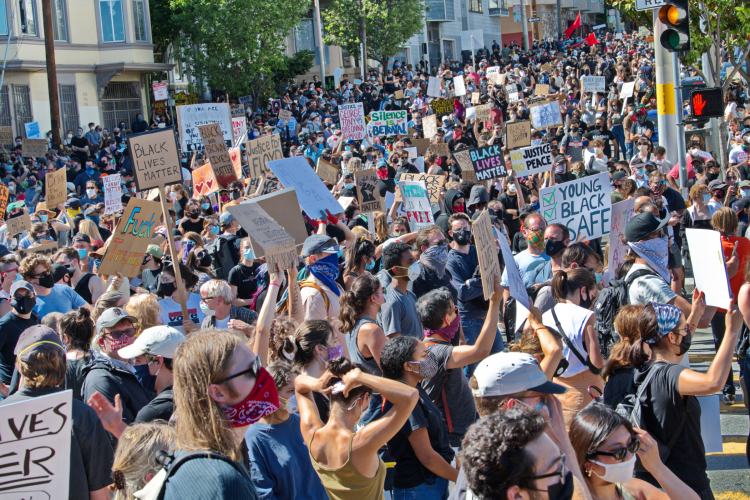 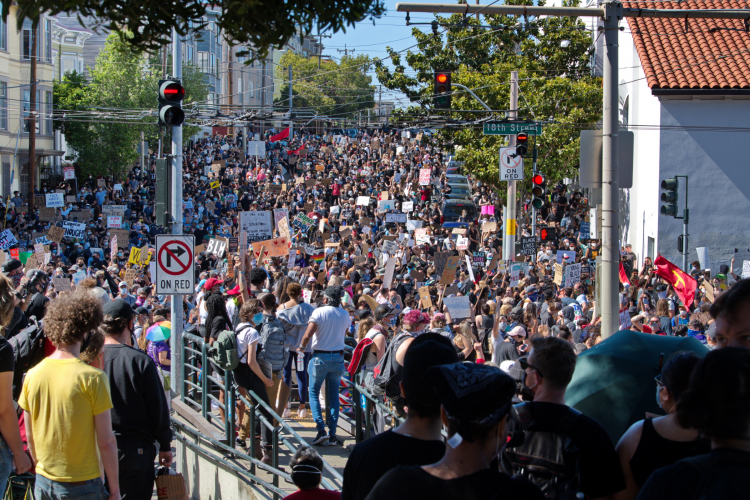 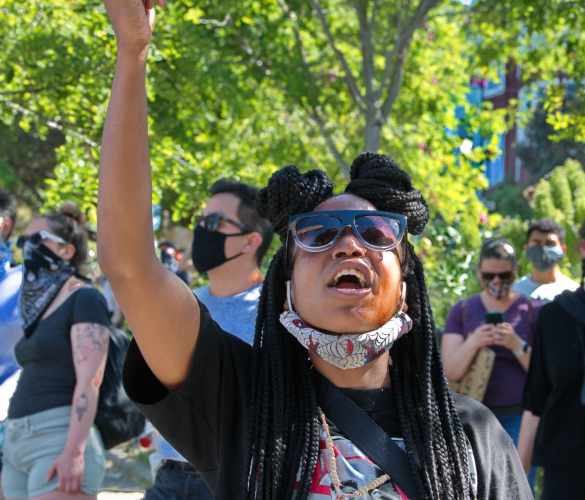 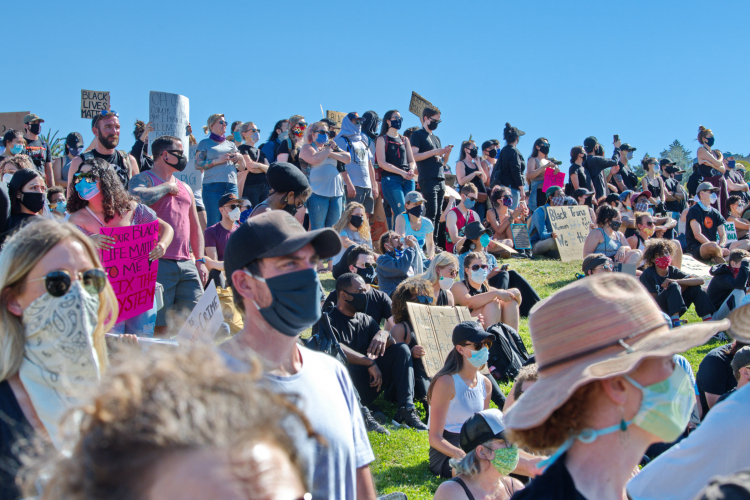 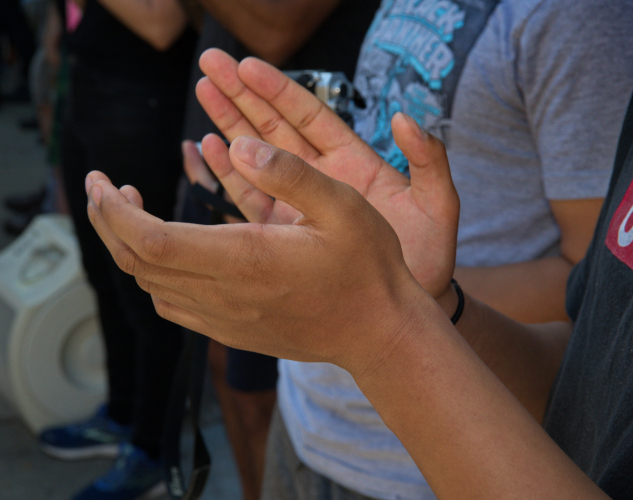 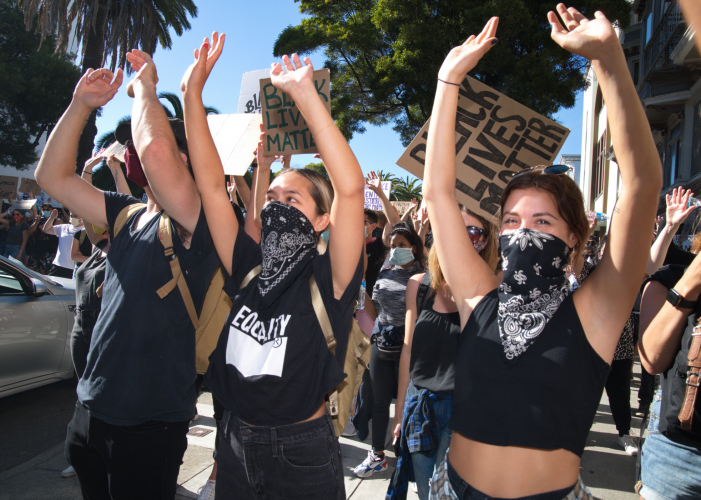 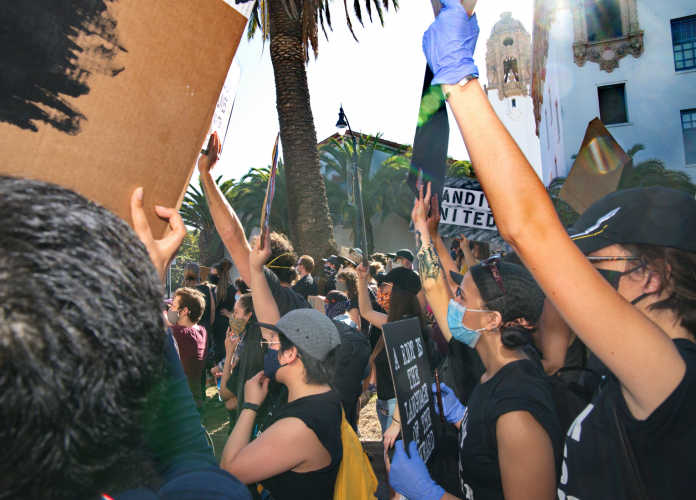 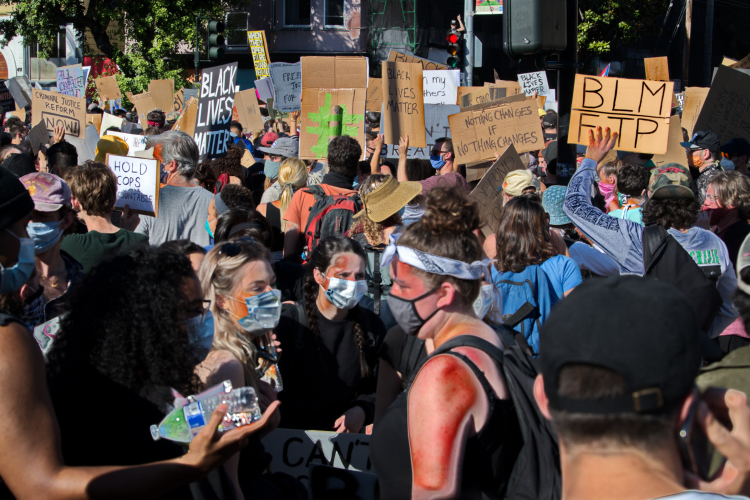 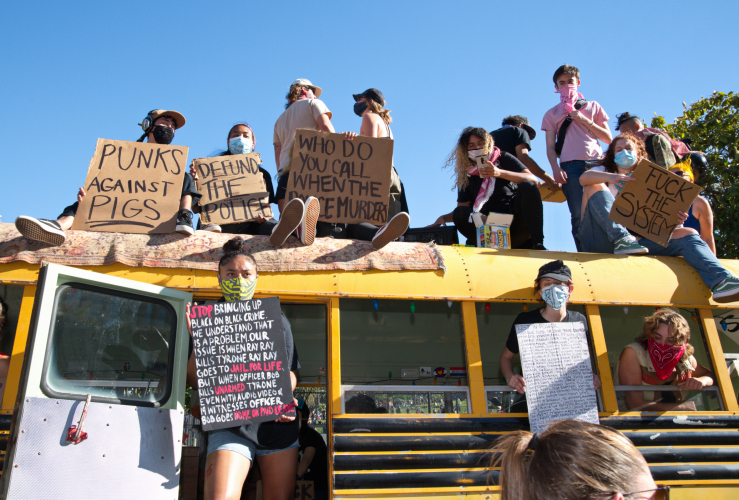 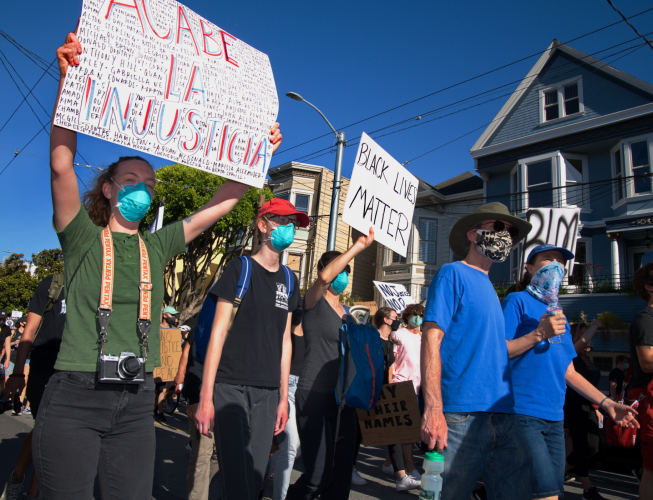 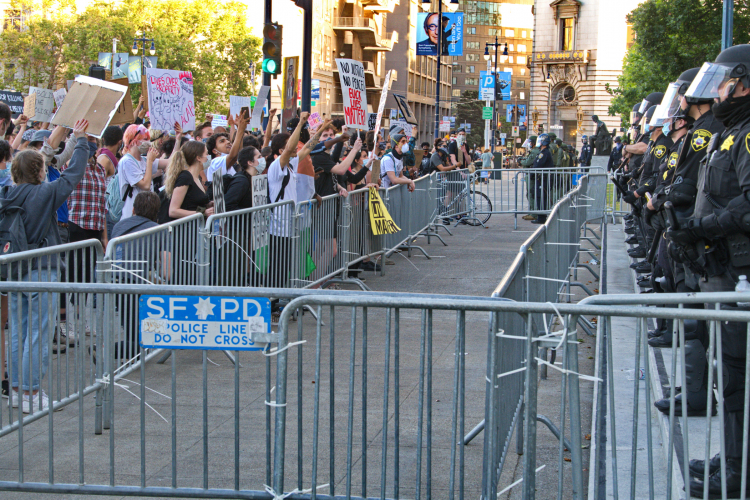 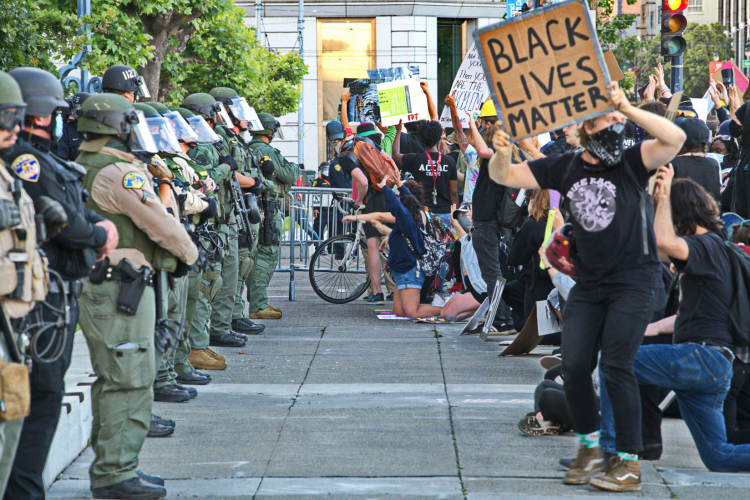 original image (1977x1400)
Add Your Comments
Support Independent Media
We are 100% volunteer and depend on your participation to sustain our efforts!