Add an Event
Newswire
Calendar
Features
Home
Donate
From the Open-Publishing Calendar
From the Open-Publishing Newswire
Indybay Feature
Related Categories: San Francisco | Health, Housing & Public Services | Labor & Workers
Health Over Profits!" Where The Hell Is OSHA At? Oakland Speak-out For Health Safety &
by Labor Video Project
Tuesday Jun 2nd, 2020 2:24 PM
Trade unionists and workers spoke out about the failure of Cal-OSHA to defend health and safety on the job. Cal-OSHA because of Governor Newsom and the California legislature has less than 200 OSHA inspectors and there are no physical inspections. Workers also talked about how they are retaliated against for making health and safety complaints. 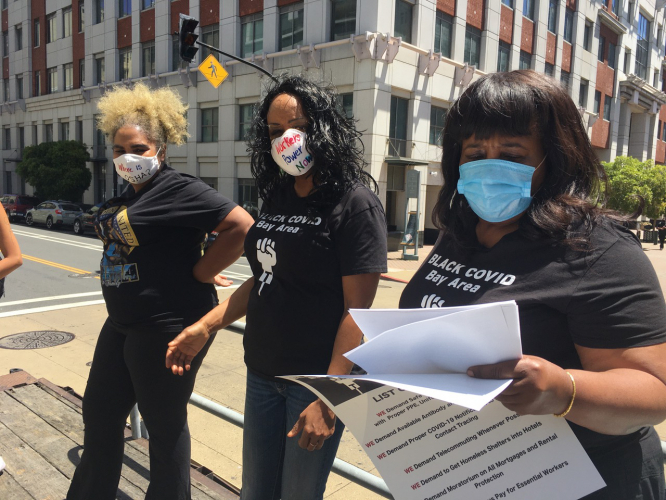 original image (1280x960)
Northern California workers spoke out at the Cal-OSHA offices on June 1 about the failure of Cal-OSHA to have any health and safety inspectors.

There are less than 200 inspectors in California and many of them. are over 60 and unable to do physical inspections. The rally called for the hiring of 1,000 inspectors and for criminal prosecution against bosses who fire workers in retaliation for making health and safety complaints.

The protest also was part of the massive protests against the murder of George Floyd in Minneapolis.

The speakers also discussed the fact that frontline workers who are bearing the brunt of covid are forced to work without proper PPE and when they call OSHA it is ignored and they are also retaliated against.

This caravan and rallies were part of national actions by the People's Strike. 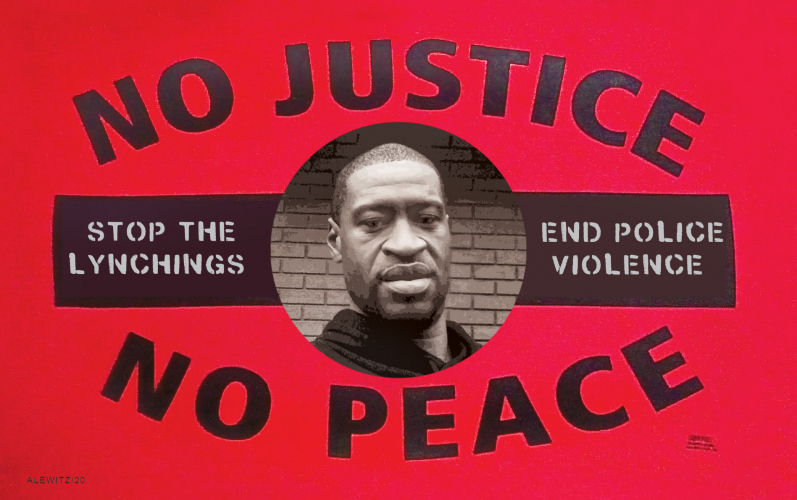 original image (1897x1190)
Along side the murders of Blacks and Latinos is the capitalists and their managers refusing to provide PPE to frontline essential workers from nurses and healthcare workers to meat plant workers.
https://www.youtube.com/watch?v=9bKdXrJm4I4
§Tesla Worker Carlos Gabriel Spoke About How Tesla Refuses To Protect Workers
by Labor Video Project
Tuesday Jun 2nd, 2020 2:24 PM 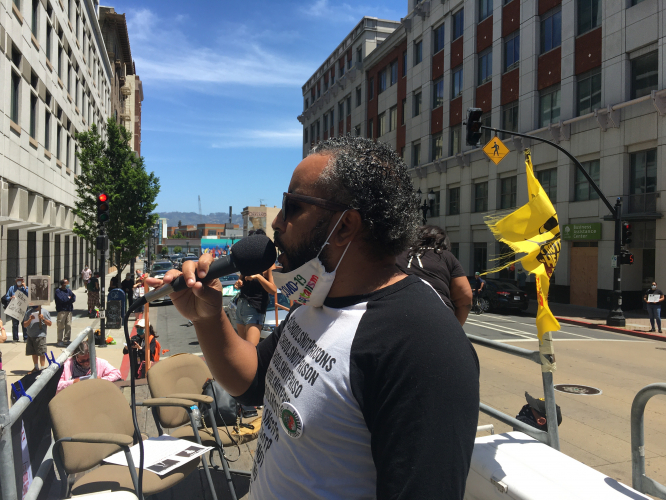 original image (4032x3024)
Tesla worker Carlos Gabriel spoke about the refusal of Tesla to protect the auto workers and the fact that Cal-OSHA has not even visited the factory to protect the health and safety conditions.
https://www.youtube.com/watch?v=9bKdXrJm4I4
§Black & Brown Lives Don't Matter for Newsom & Musk
by Labor Video Project
Tuesday Jun 2nd, 2020 2:24 PM 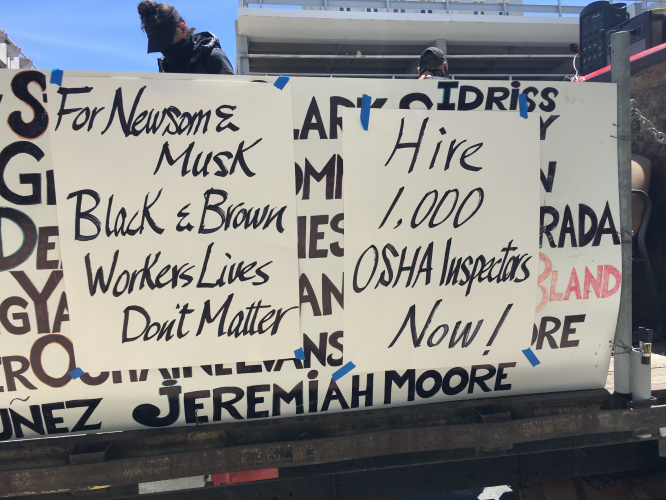 original image (4032x3024)
The rampant discrimination against frontline Black and Latino workers is being exposed by Democratic governor Gavin Newsom and his master Elon Musk. Newsom refused to inspect the Tesla plant and instead had the Fremont police decide if it was safe.
https://www.youtube.com/watch?v=9bKdXrJm4I4
Add Your Comments
Support Independent Media
We are 100% volunteer and depend on your participation to sustain our efforts!