Add an Event
Newswire
Calendar
Features
Home
Donate
From the Open-Publishing Calendar
From the Open-Publishing Newswire
Indybay Feature
Related Categories: International | Global Justice & Anti-Capitalism | Health, Housing & Public Services
New COVID-19 infections worldwide hit record levels
by Patrick Martin (WSWS Repost)
Monday Jun 1st, 2020 9:18 AM
The United States, the richest country in the world has lost far more of its people to the coronavirus than any other nation because of the greed, callousness and sheer incompetence of its ruling elite. In the eyes of working people around the world, this is a political and social disgrace from which American capitalism will never recover. 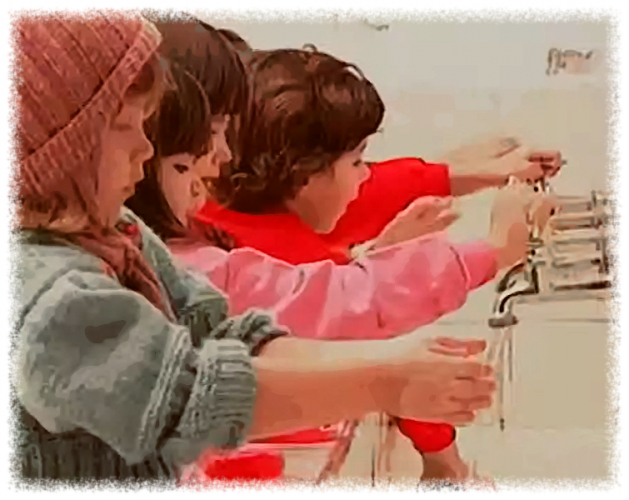 By Patrick Martin at the World Socialist Web Site

June is the fifth month of the global COVID-19 pandemic. The World Health Organization declared the coronavirus a Public Health Emergency of International Concern on January 30.

Over the weekend, as the world entered the fifth month of the public health and economic disaster, new infections worldwide hit record levels, approximately 125,000 per day on May 29 and May 30, according to WorldoMeter.

Brazil passed a grim milestone, with 500,000 cases, second in the world to the United States, while approaching 30,000 deaths. Of the 125,000 new cases, Brazil accounted for the most, more than 30,000, and the US ranked second, at nearly 25,000. Other countries contributing to the surge were Russia, India, Peru, Chile and Mexico, with a combined total of more than 30,000. The same seven countries accounted for three quarters of the nearly 4,100 deaths recorded for May 30.

Officially, the first American death from COVID-19 came on February 28 in the Seattle, Washington area. In the 93 days that have passed since then, more than 106,000 people have died of coronavirus in the United States, while the number infected has skyrocketed from a handful to more than 1.8 million people. Even these figures are likely gross underestimates of the real impact of the pandemic.

The United States, the richest country in the world, with vast medical and scientific resources, has lost far more of its people to the coronavirus than any other nation because of the greed, callousness and sheer incompetence of its ruling elite. In the eyes of working people, both within the US and around the world, this is a political and social disgrace from which American capitalism will never recover.

June 1 marks two weeks since the auto industry and other major US employers fully resumed operations at factories, warehouses and offices. These facilities are likely to become new hotspots for the pandemic, following in the footsteps of meatpacking plants, which were never closed down and saw infection rates of well over 50 percent of the workers in some cases.

The Centers for Disease Control and Prevention projects that between 10,000 and 30,000 more Americans will die from the coronavirus over the next three weeks, an estimate that does not take into account the likely acceleration of community spread because of the large-scale reopening of factories and workplaces, as well as stores, churches and other potential points of transmission of the virus.

There are already disturbing reports, both anecdotal and statistical, of an upsurge of the pandemic in those states that first began reopening, or which never imposed any sort of lockdown. According to the site covidexitstrategy.org, which uses fairly conservative estimates based on CDC guidelines, 22 states, mainly in the South and the Mountain West, show increasing levels of COVID-19.

Several of these states were the scenes of notorious violations of social distancing last month, including a pool party in Arkansas attended by dozens of people, and the Lake of the Ozarks resort in southern Missouri, where thousands gathered on the Memorial Day weekend. New COVID-19 cases have been reported in connection with both events.

The most rapid increase in a Midwest state was in Wisconsin. Again, this is associated with the collapse of social distancing after the state Supreme Court overruled lockdown orders issued by the governor, leading to widely publicized scenes of tightly packed crowds gathered in bars and restaurants. The court ruling was issued May 13. Just over two weeks later, COVID-19 cases in the state are up 47 percent.

According to one report, ICU beds are filling up in Minneapolis-St. Paul; Omaha, Nebraska and the state of Rhode Island, a signal of impending crisis. Leavitt Partners, led by former Health and Human Services Secretary Mike Leavitt, projected that Hennepin and Ramsey counties, which include Minneapolis and St. Paul, respectively, will have a shortage of dozens of ICU beds in the next three weeks. Ramsey County could have a shortage of overall hospital beds as well. Minnesota saw its largest one-day rise in coronavirus-related ICU bed hospitalizations with 260 on Wednesday.

But that same day, as protests mounted in Minneapolis over the police murder of George Floyd, Minnesota Governor Tim Walz signed an executive order allowing salons and barbershops to reopen and bars and restaurants to begin outdoor dining. State Health Commissioner Jan Malcolm said that the state would not hit its peak coronavirus infection level until late June or July.

The Washington Post reported Sunday: “Two to four weeks after many states began lifting restrictions on restaurants, bars and larger gatherings, cases are rising in areas that had previously dodged the worst of the virus’s impact. Arizona, Mississippi, South Carolina, Utah and Wisconsin all set record highs for new cases reported Friday… In many areas, large gatherings are cited as the center of major outbreaks.”

While some of the previously hardest-hit states have begun to see a decrease in their 14-day moving average, including New York, New Jersey, Massachusetts and Michigan, these are decreases from appalling highs. Even with the “improvement,” these states still account for half of total US deaths and at least a quarter of new deaths.

In California, where Democratic Governor Gavin Newsom has begun the systematic relaxation of the lockdown, hotspots have begun to flare outside of Los Angeles, which has been the center of infection so far. In Alameda County, which includes the city of Oakland, new cases jumped by 30 percent last week, with 107 new cases on Thursday, the most on a single day since the pandemic began.

In practice, every state governor, Democratic or Republican, is carrying out the same policy as the Trump administration and bourgeois governments throughout the world: forcing millions of workers back to work to resume the process of profit and wealth accumulation for the capitalist class, while deliberately encouraging the breakdown of social distancing in order to spread the infection as widely as possible.

The policy of “herd immunity” has no scientific or public health content whatsoever. It is a label that disguises a social policy whose deliberate purpose is to dispose of as much of the most vulnerable population as possible—the elderly, the sick, the immune-compromised, all those who do not produce surplus value and profit for the financial aristocracy.

As the World Socialist Web Site and the Socialist Equality Party have insisted, fighting the pandemic requires the independent mobilization of the working class, advancing a socialist program irreconcilably opposed to the economic interests of the capitalist class and the capitalist system as a whole. Millions of lives are at stake. They can be defended only through an open struggle to end the corporate-financial dictatorship over social policy and redeploy economic resources on the basis of social need.

https://www.wsws.org/en/articles/2020/06/0...
Add Your Comments
Support Independent Media
We are 100% volunteer and depend on your participation to sustain our efforts!