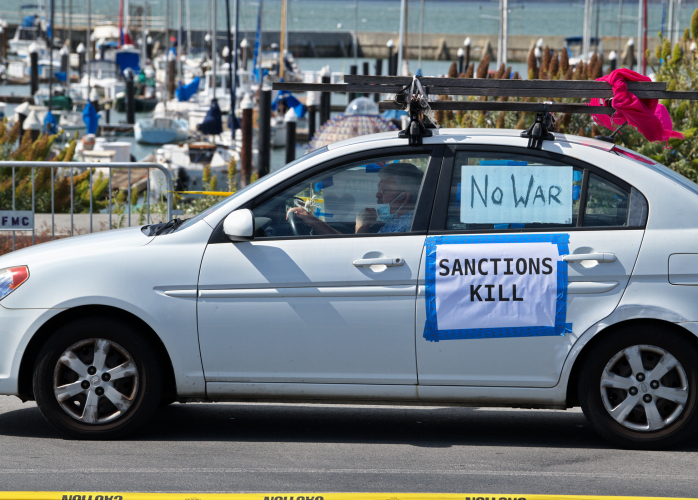 "Overthrow your government or watch your children starve." This is what Noam Chomsky tells us sanctions are about. They are the modern equivalent of the blockade, i.e., an act of war. The US uses its economic power to subvert governments it does not like by bringing destitution to their peoples.

Speaker Nancy Pelosi has supported sanctions against against many countries including Iran and Venezuela, devastating their health and education systems and even access to food as in Venezuela.

On May 25, several organizations including the IRIS Committee of DSA SF, Revolutionary United Front, About-Face, and CodePink, organized a protest caravan to her house on Pacific Heights.

The stately, moneyed, tranquility of the elegant street was shaterred by the amplified slogans coming from twenty or so cars. In a novel adaptation to today's Covid-19 requirements, shouted slogans were transmitted from one car to all the other car radios. As all car occupants opened their windows and turned up the volume, the slogans were hear by all onlookers as the caravan wound it way up the hilly streets. Earplugs had been duly distributed to car occupants. 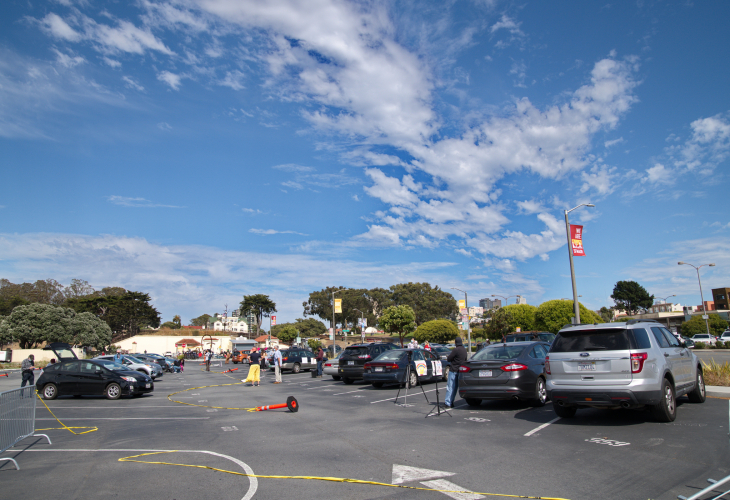 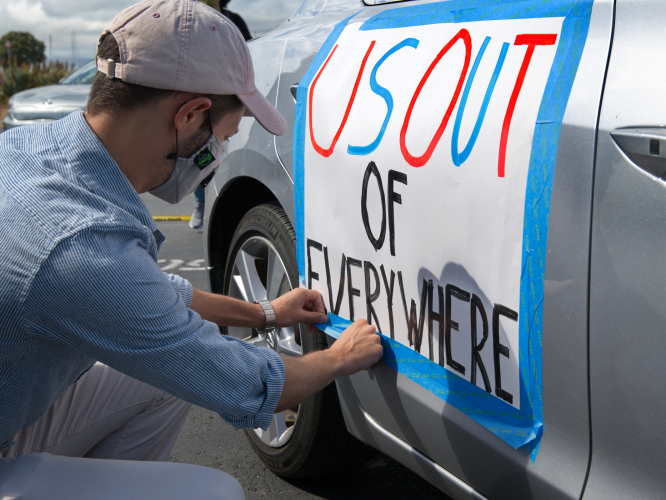 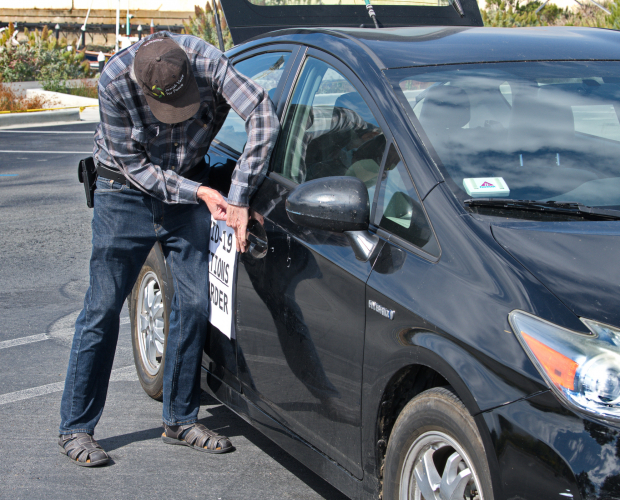 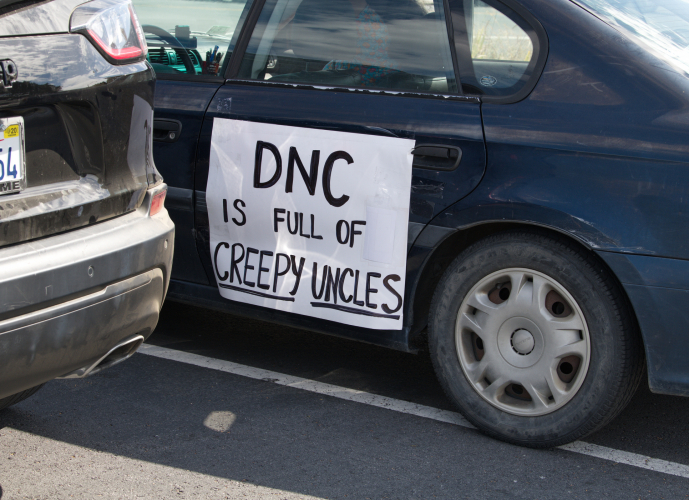 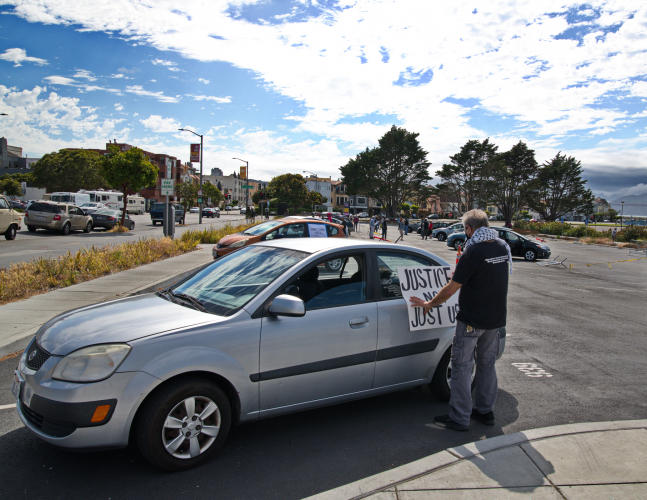 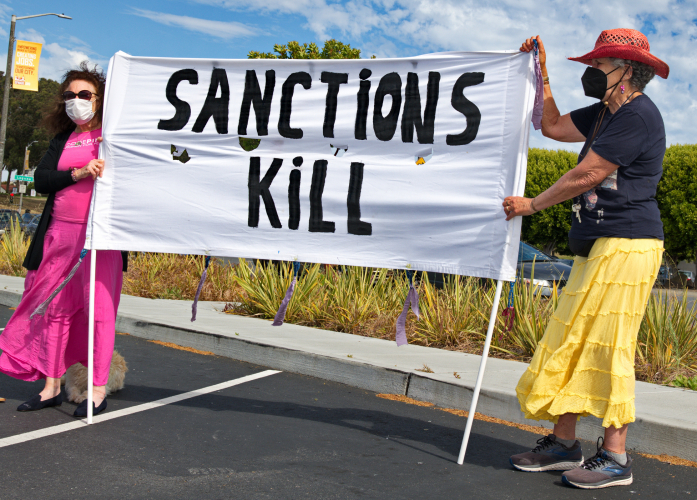 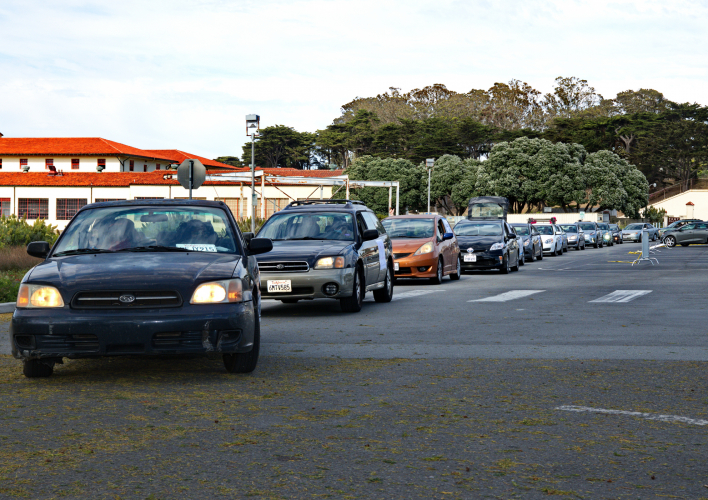 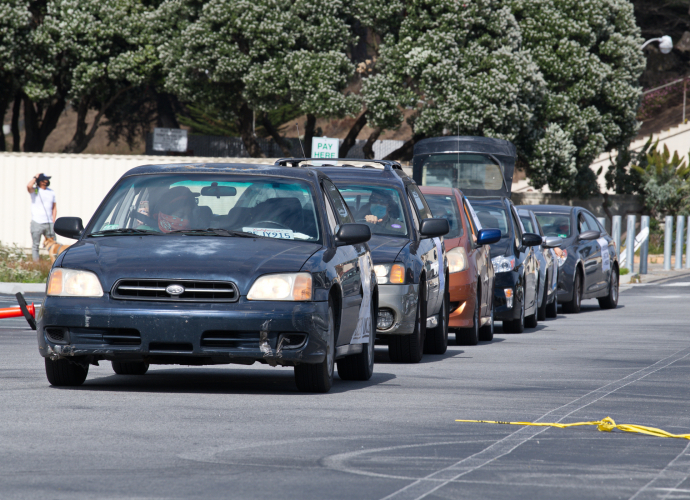 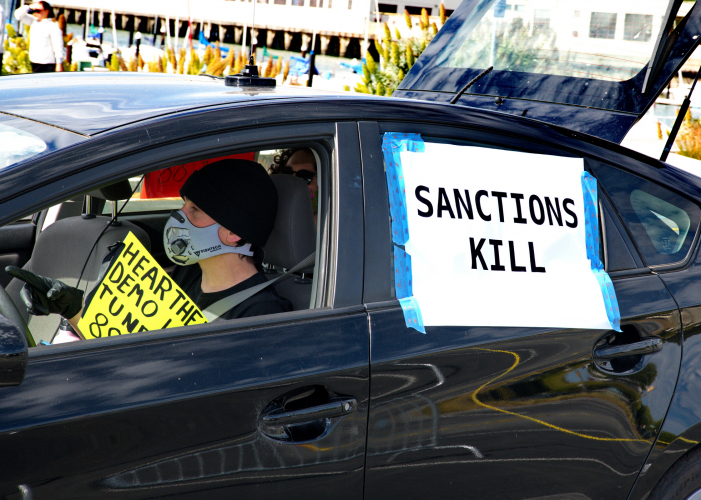 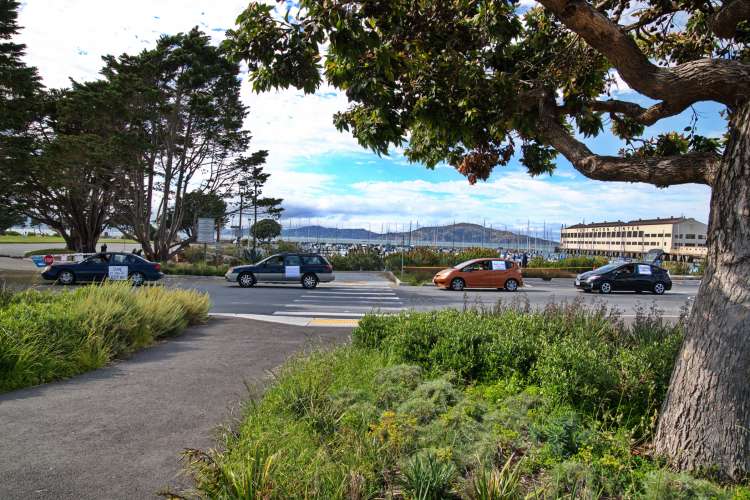 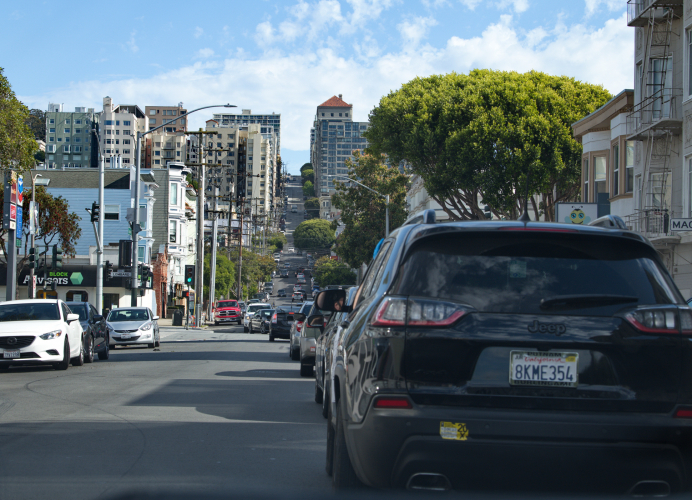 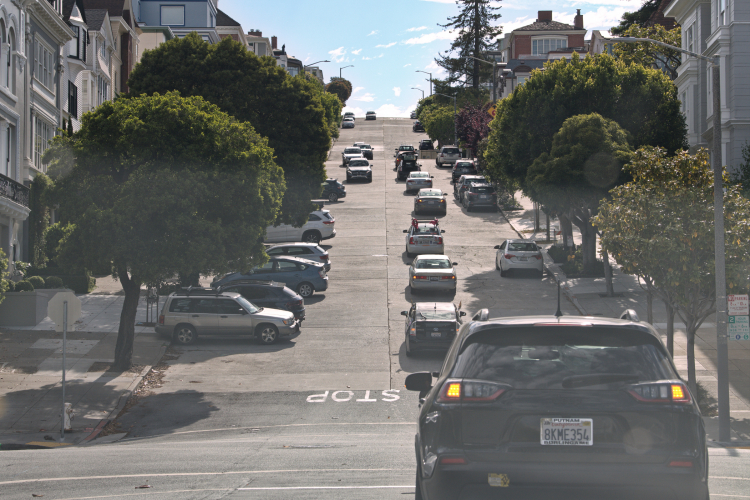 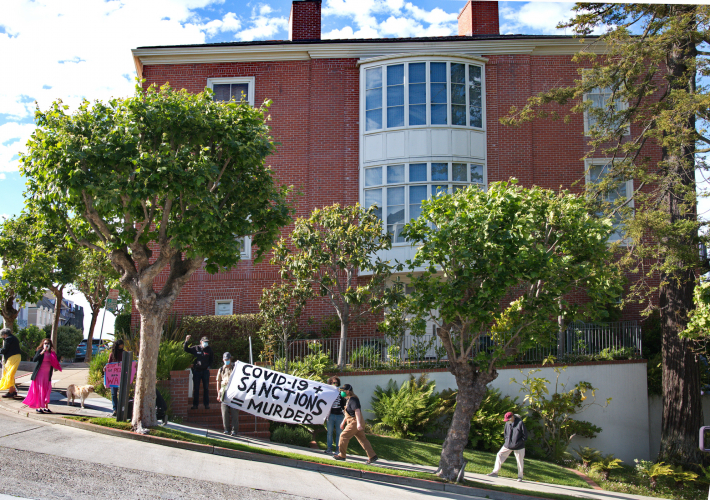 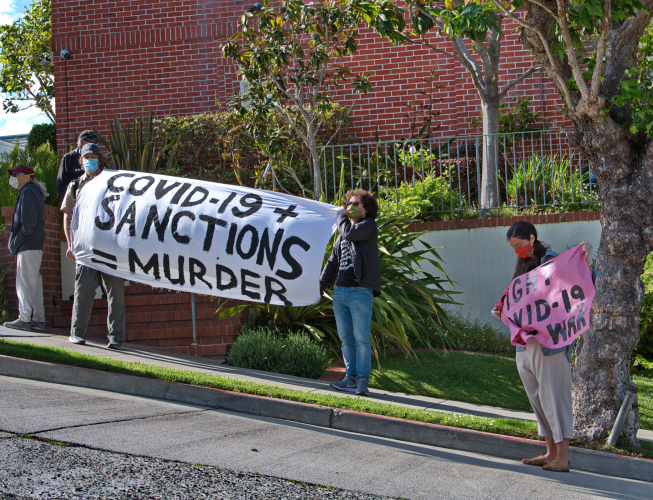 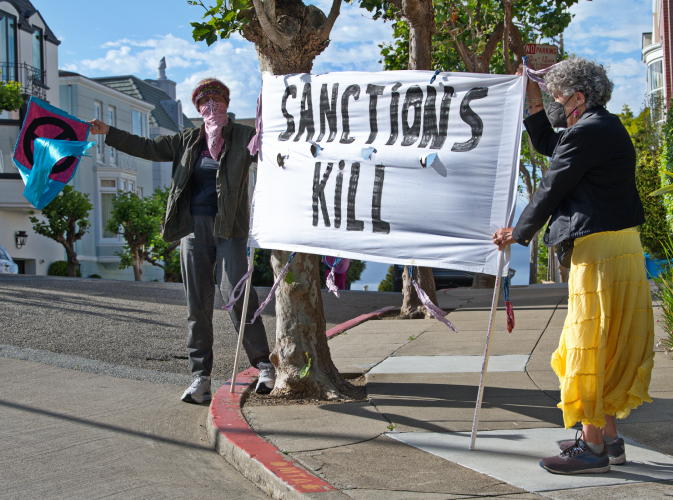 original image (1819x1400)
https://sanctionskill.org/
Add Your Comments
Support Independent Media
We are 100% volunteer and depend on your participation to sustain our efforts!