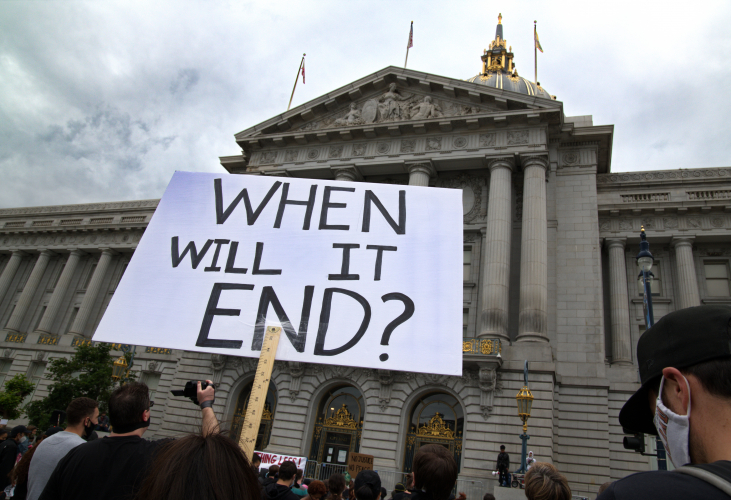 People began accumulating at United Nations Plaza, next to Market Street before noon on Saturday. The rally started as protesters addressed the growing crowd.

They then marched the short distance to the steps of City Hall where activists continued to speak. There was no music or entertainment. The mood was anger mixed with sorrow as black and white people spoke of the very difference worlds they inhabited.

The protest took on a political tone as the issue at hand seemed to morph from "civil rights" to revolution.

A white "skinhead " type appeared. As the crowd's hostility grew, a black man intervened and led him to safety. 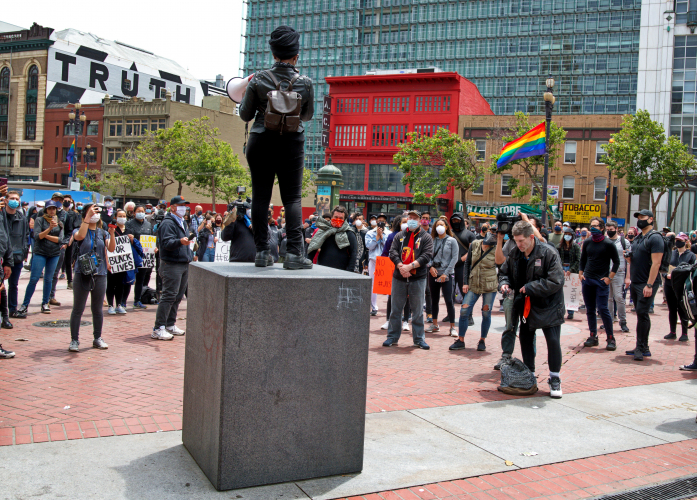 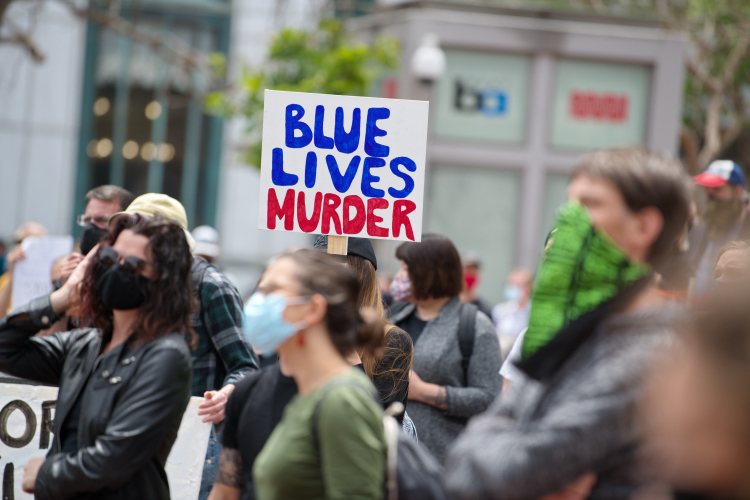 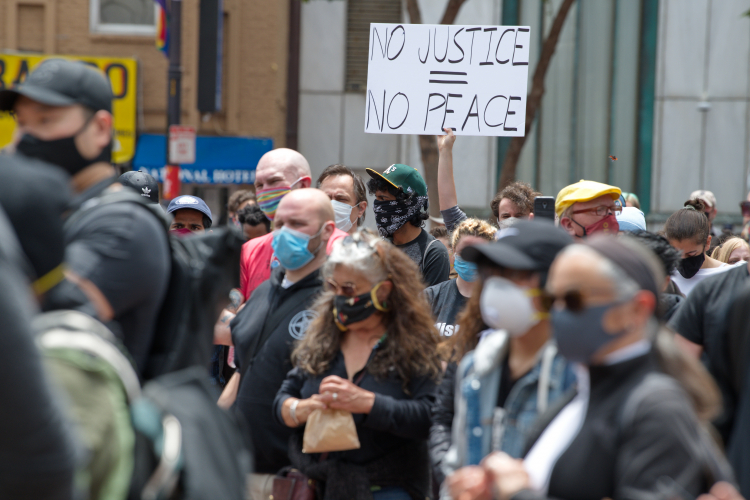 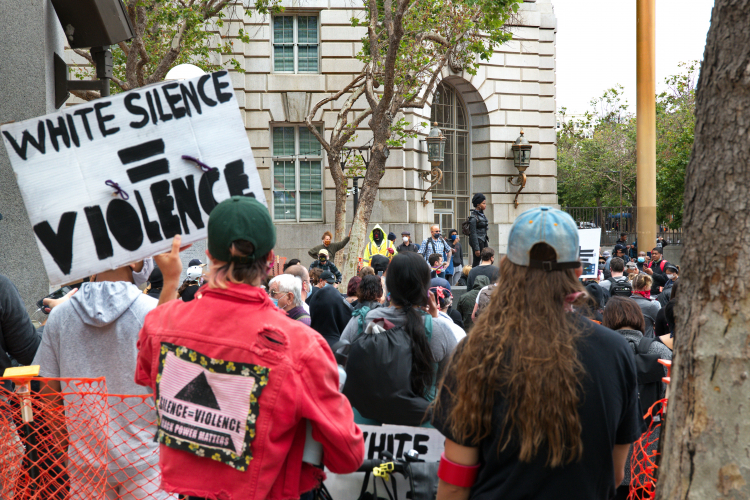 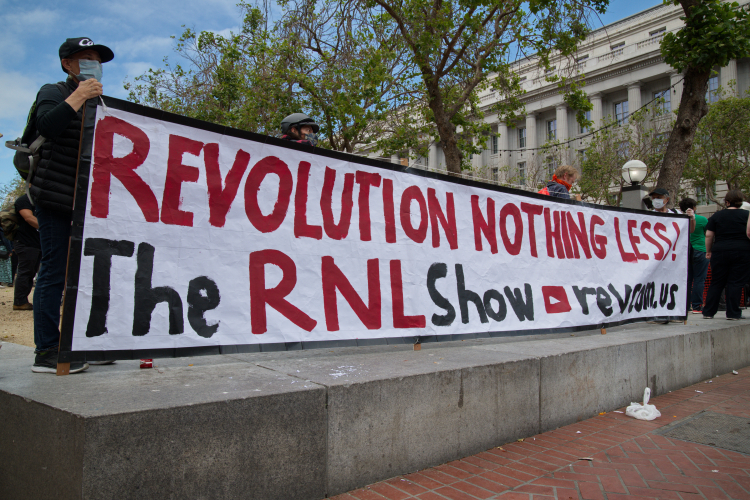 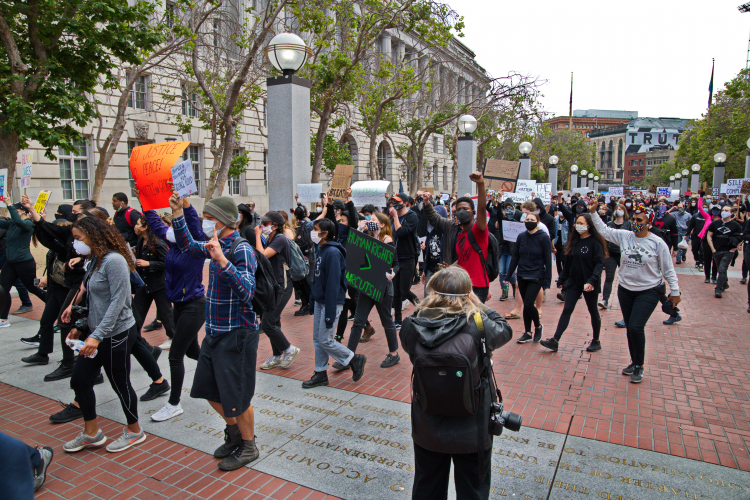 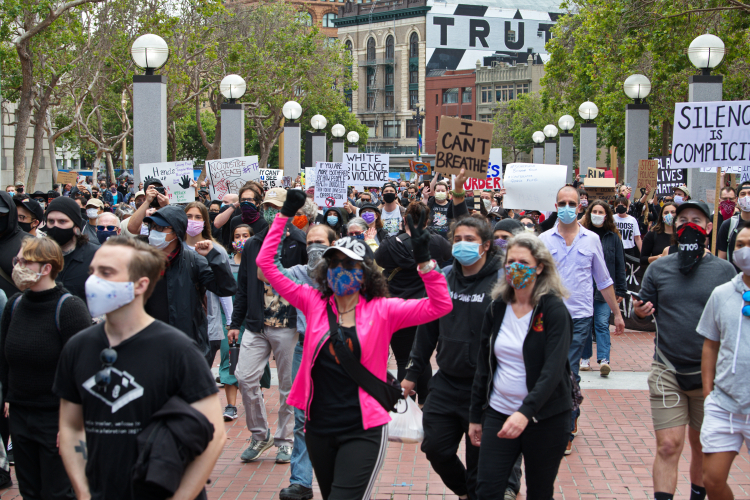 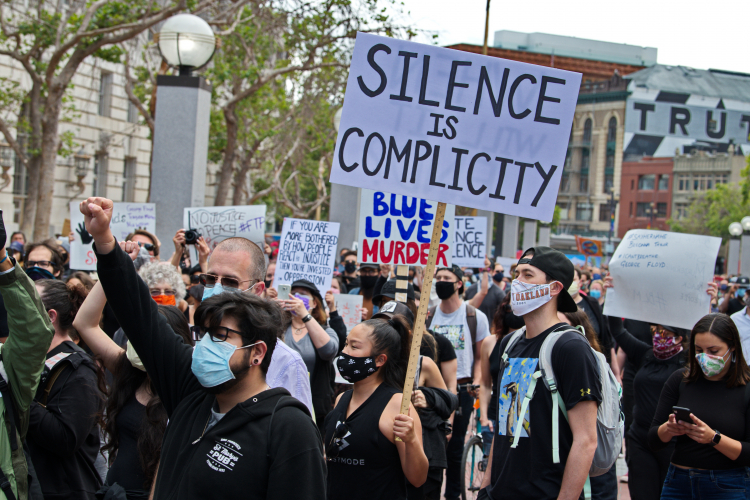 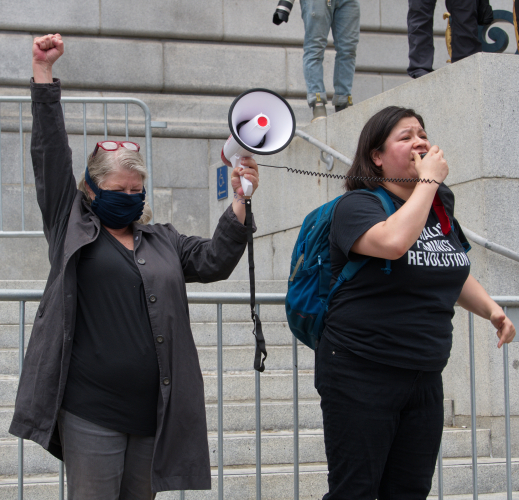 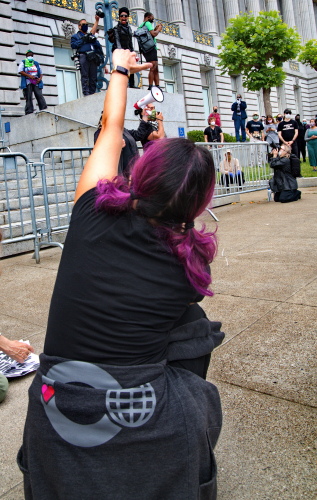 original image (3603x2400)
Add Your Comments
LATEST COMMENTS ABOUT THIS ARTICLE
Listed below are the latest comments about this post.
These comments are submitted anonymously by website visitors.