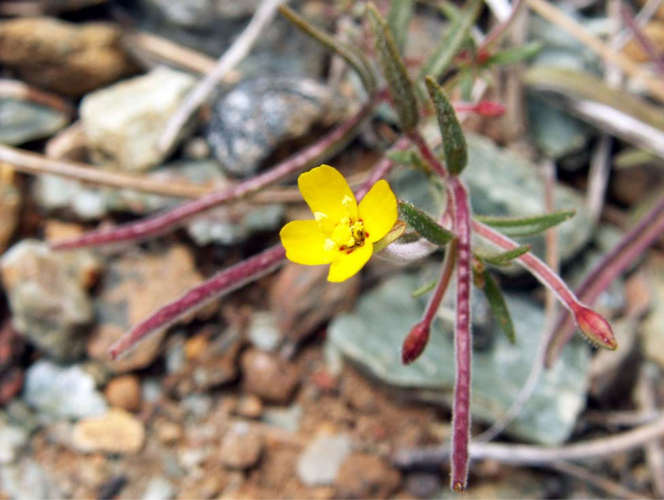 original image (1949x1467)
When the primrose was protected under the Endangered Species Act in 1985, it was only found in nine locations and faced severe threats from off-road vehicles and mining. Today the species has been largely protected from off-roading by the U.S. Bureau of Land Management and is known to inhabit 79 locations.

“I’m just thrilled that the unique habitats of the beautiful San Benito evening primrose have been protected well enough to allow this recovery,” said Ileene Anderson, a senior scientist at the Center for Biological Diversity. “This plant is another powerful example of the success of the Endangered Species Act, which has saved 99% of the species under its protection. Our landmark conservation law is more important than ever.”

Scientists warned last year that more than a million species around the world are at risk of disappearing in the coming decades.

“The recovery of the evening primrose shows that if we care about species and protect their habitats, we can save them,” said Anderson. “The Endangered Species Act is a powerful weapon against the extinction crisis that’s claiming a terrifying number of plants and animals.”

To protect the primrose, the BLM closed the Serpentine Area of Critical Environmental Concern to off-road vehicles and restricted their use in the Clear Creek Management Area. These protections and the increased occurrences of the plant were key to the proposal to remove it from list of threatened species.

Once delisting is finalized, the evening primrose will become the 48th species to be fully recovered by the Endangered Species Act.


https://biologicaldiversity.org/w/news/press-releases/southern-california-flower-recovered-no-longer-needs-endangered-species-protection-2020-05-29/
https://www.biologicaldiversity.org/
Add Your Comments
Support Independent Media
We are 100% volunteer and depend on your participation to sustain our efforts!