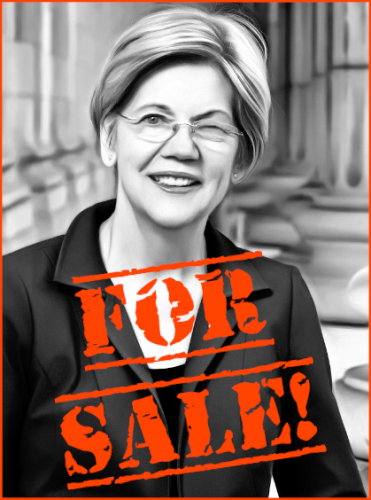 Angling for VP nomination, Warren holds fundraiser for Biden, drops “Medicare For All”

By Jacob Crosse at the World Socialist Web Site

In an attempt to reassure the Democratic Party establishment, the Biden campaign, and the corporate bosses they represent that she is a “team player,” Massachusetts Senator Elizabeth Warren, a former Biden rival, ended any pretense last week of championing reform to the US healthcare system should she become vice president in a Joe Biden administration.

During a May 19 Zoom meeting hosted by the University of Chicago Institute of Politics, Warren fielded softball questions from students and the host for nearly an hour. Responding to a query regarding the “receptivity” of a “universal or hybrid” healthcare system posed by David Axelrod, a longtime Democratic Party consultant and former senior adviser to Barack Obama, Warren replied, “I think right now people want to see improvements in our healthcare system, and that means strengthening the Affordable Care Act.”

In dropping any mention of her signature campaign proposal known as “Medicare For All,” Warren is demonstrating that there is no “pushing” the Democratic party, the oldest capitalist party in the world, to the left, nor is there a constituency in the ruling class for any “reforms” that might impact the profits of insurance companies or drug manufacturers.

Warren’s campaign pledge, which was a copy of the legislation she had previously cosponsored with Bernie Sanders, had already been dialed back by the senator last year in the face of open hostility from corporate America. Within three weeks after the release of her “bold” plan during the fall primary, Warren released a “backup” plan that still preserved the private insurance market, while offering the “option” of Medicare for people under 65.

In dropping her (by now largely rhetorical) support for universal healthcare coverage, Warren showed impeccable timing, since nearly 40 million workers have applied for unemployment benefits in the US as a result of coronavirus-related layoffs, and millions of those have lost, or are on the verge of losing, their employer-based healthcare coverage. The objective necessity for a universal healthcare system could not be posed more clearly, yet according to Warren, “people” aren’t yet “comfortable” with that.

The opposition to providing healthcare to all as a basic right is not, of course, the reluctance of the “people” to embrace such a plan, as Warren suggests. It is the ferocious, last-ditch opposition of the insurance companies, drug monopolies and for-profit hospital and healthcare corporations, which would lose billions, and the overall opposition of Wall Street, which reviles all forms of social spending as a deduction from profit.

Warren went on to articulate the kind of proposal one can expect from a self-proclaimed “capitalist to the bone.” Remarking that the pandemic had revealed who is “essential” in society, Warren floated legislation for an “essential workers bill of rights,” so limited that it would guarantee “hand sanitizer” and “if they get sick, full healthcare coverage.”

This is an insult to workers and their families that would do nothing to protect them from COVID-19. What good is hand sanitizer to a meatpacker forced to work with a contaminated mask or without personal protective equipment? Warren declined to elaborate what “full healthcare coverage” entailed, or what workers would be expected to pay for it but, given her full-throated endorsement of the Affordable Care Act, one can expect that the cost for workers will not be cheap.

Expressing her class orientation, Warren did not cite any actual workers as to what they might want in an “essential workers bill of rights,” such as a guaranteed job, income if one falls ill or, even more important, regular effective testing at worksites to prevent such illness. That such measures are not even considered, much less mentioned as over 100,000 people have died due to COVID-19 in the last three months, is a damning indictment of the “progressive movement” of upper middle-class lawyers and well-paid tenured academics for whom Warren was the standard-bearer.

Since dropping out of the race and endorsing Biden, Warren and her team have been working closely with the Democratic establishment to bolster the former vice president’s credibility among younger and left-leaning voters who previously supported either Sanders or Warren but have been less than enthused with the prospect of being told to vote for the reactionary Biden.

Seeking to ingratiate herself further into the Biden campaign, and abandoning another central tenet of her own campaign, Warren will host a “high-dollar fundraiser” for the presumptive Democratic nominee on June 15. Warren refused to hold such fundraisers during the presidential primary contest, although she had attended and hosted several such events during her 2018 reelection campaign in Massachusetts. She made this a campaign issue, repeatedly criticized other candidates who were unable to finance their campaigns through small-dollar contributions over the internet, as Sanders and Warren did.

One such event in her Massachusetts reelection campaign, as reported by the New York Times, was an “intimate” fundraiser at the Barclay Prime steakhouse in Philadelphia hosted by the former Governor of Pennsylvania, Ed Rendell. Rendell and several of his friends cut $4,000 checks for Warren over plates of Wagyu ribeye, foie gras, truffle cheese whiz and champagne.

This allowed Warren to begin her presidential campaign with over $10.4 million left over from her Senate run and forgo such events during the primary, painting herself as a tribune of the people who could be trusted to take on the moneyed interests.

In taking her place once again at the corporate trough—in support of Biden, and, if he chooses her as a running mate, for her own benefit as well—Warren is demonstrating that her populist pretensions were nothing more than a marketing tool, to be discarded as soon as they become inconvenient.

Bernie Sanders’ interview with the Washington Post: The thin gruel of Democratic Party politics
[12 May 2020]

https://www.wsws.org/en/articles/2020/05/2...
Add Your Comments
Support Independent Media
We are 100% volunteer and depend on your participation to sustain our efforts!