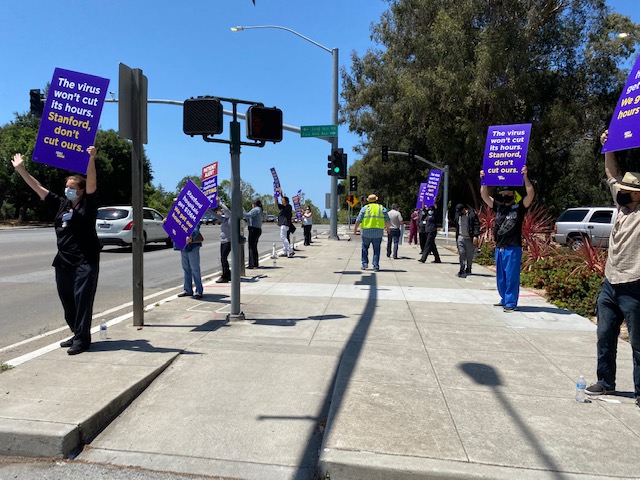 Stanford Hospital healthcare workers, heroes to many, are facing a choice that is not really a choice. Employees and members of the public are shocked that Stanford Health Care recently demanded that frontline workers “share the sacrifice” in this time of pandemic, and choose between being furloughed, taking paid time off early, or accepting a 20% pay cut.

And Stanford is cutting costs on the backs of the workers even after receiving federal funding to pay them.

Linda Cornell is a nursing unit secretary at Stanford Hospital, employed there now for close to 40 years. She spoke to reporters at a demonstration on May 21 at the intersection of Sand Hill Rd. and El Camino Real in Palo Alto.

“It’s just crazy at a time like this during the pandemic when workers are valuable and highly needed. These are frontline health care workers who deal directly with patients. They go in and clean their rooms, take out their trash, bring them their meals, and draw their blood.

They are essential workers and when there are fewer people to do the job of caring for patients, you are putting those patients at risk. When you increase workload you are also putting the employees at risk of getting ill. Some of the housekeepers are getting injured. It’s disheartening that Stanford would treat its frontline workers this way," she said.

SEIU-United Healthcare Workers West spokesperson Steve Trossman told the Stanford Daily that the cuts are unnecessary given Stanford’s endowments, Stanford Health Care’s reserves and the more than $100 million in funding it received through the CARES Act. “Stanford just sees [the workers] as another line on a balance sheet,” Trossman wrote in a statement to The Daily.

At Thursday's demonstration dozens of hospital workers joined by concerned members of the public held signs including ones that read “Stanford caregivers deserve respect” and “Stanford thanks its healthcare heroes with pay cuts!” Many people driving along the El Camino honked their car horns in support.
https://www.seiu-uhw.org/press/stanford-ge...
§Essential Workers Demonstrate
by After Receiving Federal Funding To Pay Them
Saturday May 23rd, 2020 4:54 AM 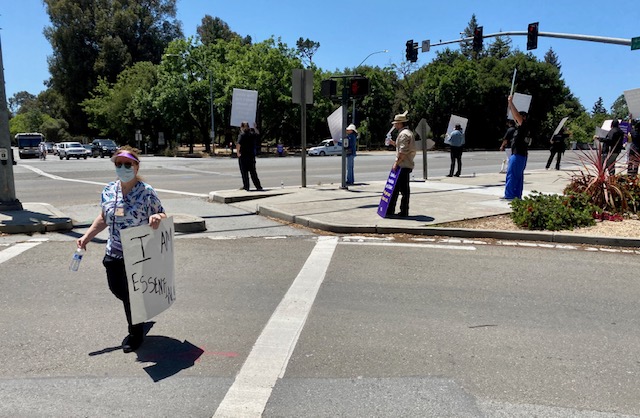 §Demonstrators on the Shady Side of the Street
by After Receiving Federal Funding To Pay Them
Saturday May 23rd, 2020 4:54 AM 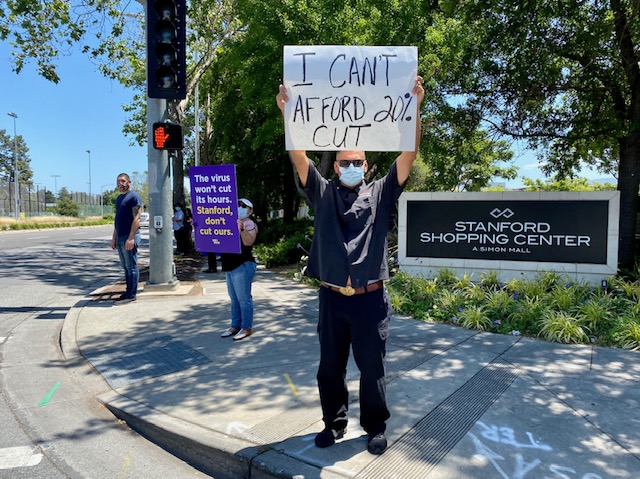 Right outside the tony Stanford Shopping Center
§Raging Grannies in Straw Hats
by After Receiving Federal Funding To Pay Them
Saturday May 23rd, 2020 4:54 AM 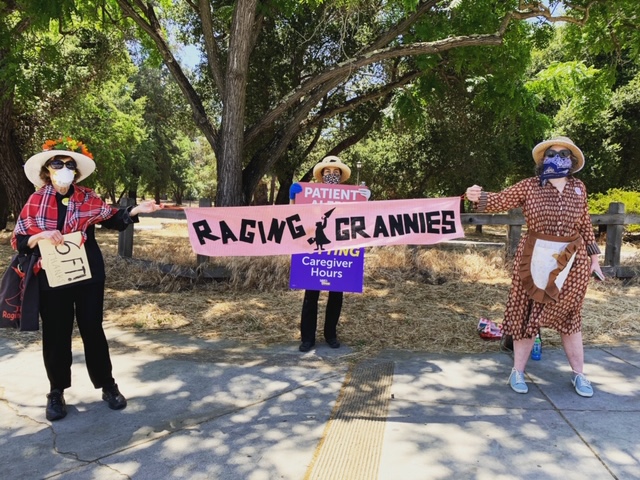 §Granny Maria
by After Receiving Federal Funding To Pay Them
Saturday May 23rd, 2020 4:54 AM 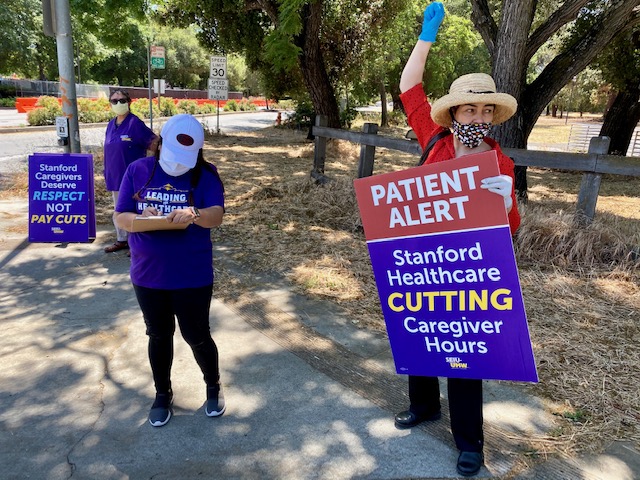 §All Along the El Camino
by After Receiving Federal Funding To Pay Them
Saturday May 23rd, 2020 4:54 AM 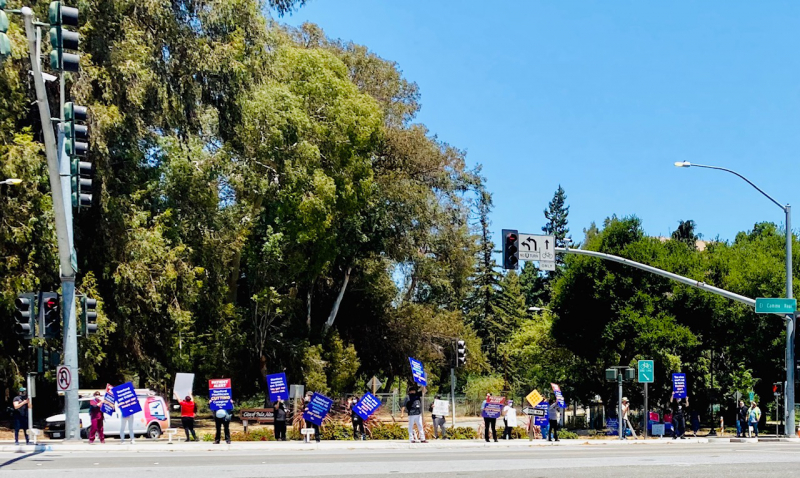 original image (1280x766)
Add Your Comments
LATEST COMMENTS ABOUT THIS ARTICLE
Listed below are the latest comments about this post.
These comments are submitted anonymously by website visitors.