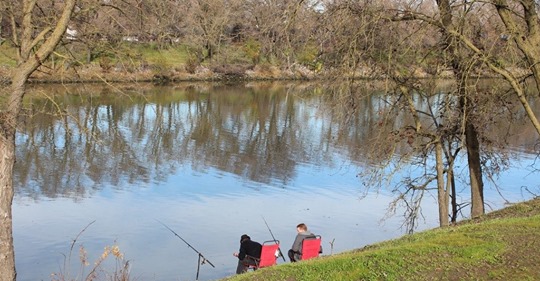 The lawsuit, brought by the Center for Biological Diversity, Restore the Delta and Planning and Conservation League, challenges the Trump administration’s moves to make permanent 14 existing short-term Central Valley Project contracts and ongoing work to convert dozens of others to permanent contracts.

The Central Valley Project (CVP), one of the world’s largest water storage and delivery systems, includes 20 reservoirs, about 500 miles of canals and aqueducts and two pumping plants. The CVP exports massive quantities of water from the Delta to San Joaquin Valley agribusiness interests.

In a press release, the groups said the CVP “has caused widespread environmental damage by reducing freshwater flows in the San Francisco Bay-Delta, blocking salmon migration and killing wildlife with toxic runoff from irrigated farmland.”

The groups filed today’s suit in federal district court for the Eastern District of California.

Such diversions “reduce freshwater flows through the Delta causing and worsening harmful algal blooms (HABs) which threaten the public health of those drinking, fishing in, or swimming in, Delta waters, or inhaling the air near Delta waters,” the complaint states.

“Reclamation has converted Central Valley Project water delivery contracts to permanent contracts,” said Bob Wright, attorney for the groups. “And, they are doing so with absolutely no National Environmental Policy Act (NEPA) compliance whatsoever. Reclamation contends they have no discretion, even though they claim they are negotiating the contracts, and the law they rely on says the ‘terms and conditions’ of the contracts must be ‘mutually agreeable’ to the Secretary of the Interior, as well as the contractor.” (Complaint, page 19, ¶ ¶ 59 and 60.)

“The converted water contracts lock in federal water deliveries to large agricultural water users with no consideration of the environmental consequences of making the contracts permanent,” the groups noted. “The recipients include Westlands Water District, which serves about 600,000 acres on the San Joaquin Valley’s west side. Westlands, the Central Valley Project’s largest customer, uses about as much water as the entire state of New Hampshire.”

Barbara Barrigan-Parrilla, executive director of Restore the Delta, said, “It is ridiculous that Reclamation would support a scheme to award permanent water contracts to water districts as drought conditions return to California. Big industrial irrigation districts like Westlands are the last in line for water rights, but are trying to ensure that they can take all the water they desire from the imperiled Bay-Delta estuary.”

Ernest Conant, California-Great Basin’s regional director, signed the contracts with Westlands and other water agencies at Folsom Lake on the American River east of Sacramento on February 28.

“Completing these contracts is a big win-win for our contractors and the American public,” Conant claimed at the signing. “The federal government will receive early payment of over $200 million, which Congress directed should be used for much-needed storage projects.”

Westlands Water District describes itself as “the largest agricultural water district in the United States, made up of more than 1,000 square miles of prime farmland in western Fresno and Kings counties. Westlands provides water to 675 family-owned farms that average 600 acres in size.”

However, critics of the contracts signing strongly disagree with the district’s assessment that this land is “prime farmland,” noting that the district is located on arid, drainage-impaired land located on the west side of the San Joaquin Valley. Fishing groups, Tribes, conservationists, family farmers and environmental justice advocates have been pushing to retire much of this land from agricultural production for many years.

“Bernhardt’s sweetheart deal with Westlands is great news for billionaires and industrial agriculture, but the Delta, salmon and migratory birds will all suffer,” said Jeff Miller, a senior conservation advocate at the Center for Biological Diversity. “Bernhardt is personally delivering on the Trump administration’s promise to maximize Central Valley Project water deliveries, regardless of the environmental costs.”