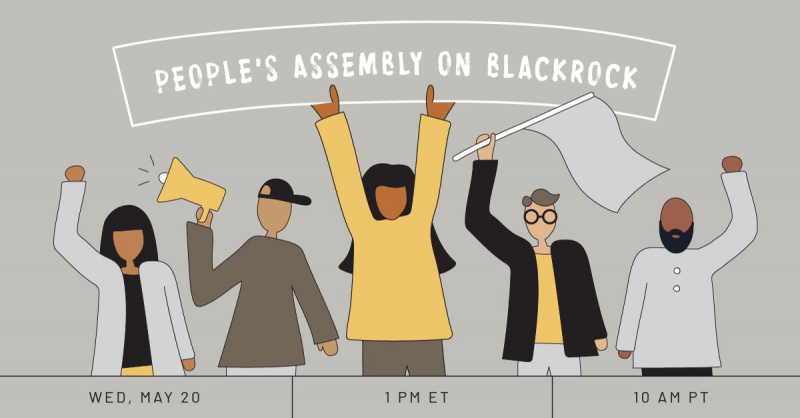 Why a People's Assembly?

Amidst shelter in place orders due to the pandemic, companies are moving their
Annual General Meetings (AGMs) for shareholders online.

AGM’s are the one time in the financial year when communities could speak to senior executives and hold them accountable for the impacts of their businesses. However, this year community and Indigenous leaders can’t be there to speak directly to leadership and in many cases we’re seeing digital platforms used to silence or sideline questions

That’s why we’re organizing this People’s Assembly on BlackRock. Help us ensure that these voices, questions, and demands are heard loud and clear by BlackRock

Michelle Chen
Vice President of Programs for Friends of the Earth

This event is supported by #StopTheMoneyPipeline