§Blood Money For Musk
by Workers Solidarity Action Network
Friday May 15th, 2020 9:25 AM 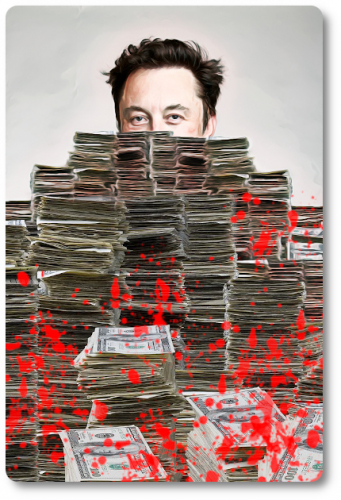 Billionaire bully, union buster and racist Elon Musk has criminally conspired to cover-up injuries at TESLA, allowed and encouraged a racist environment and threatened workers that unless they return they will not get unemployment. These tactics are all about increasing his billion dollar wealth regardless of the costs.
https://www.facebook.com/workerssolidarity...
§Capitalist Choices On The Job
by Workers Solidarity Action Network
Friday May 15th, 2020 9:25 AM 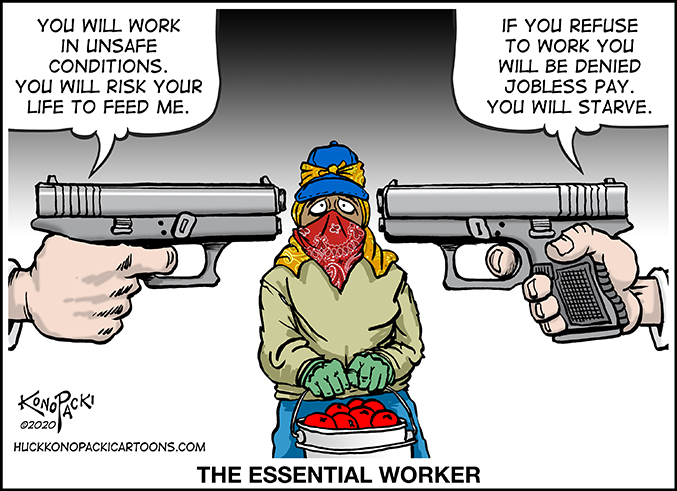 US capitalists are telling essential workers that either go to your job or starve. In California fields there are no inspections by Cal-OSHA to require proper health and safety and like Tesla Governor Brown is allowing these bosses to continue to terrorize and murder workers by refusal to enforce health and safety protections.
https://www.facebook.com/workerssolidarity...
Add Your Comments
Support Independent Media
We are 100% volunteer and depend on your participation to sustain our efforts!