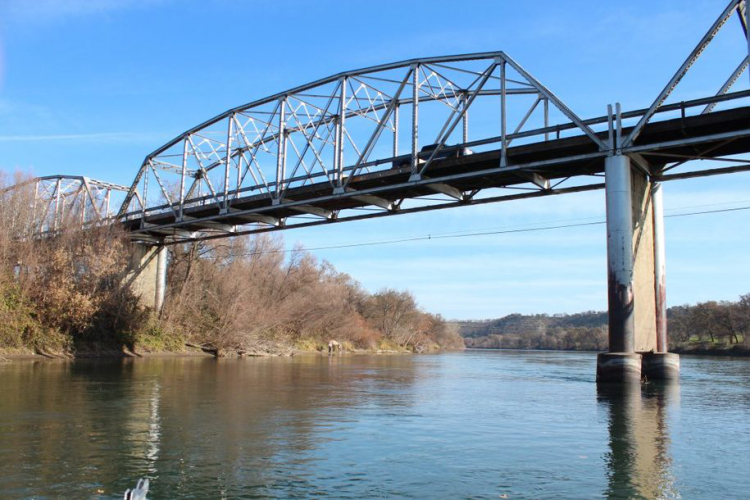 An environmental group that exists to defend northern California waters and to challenge threats to the hydrologic health of the northern Sacramento River watershed, AquAlliance filed the suit to challenge the agencies’ second attempt to disclose and analyze impacts from their long term water export plans.

The California Sportfishing Protection Alliance and the California Water Impact Network joined AquAlliance in the litigation, represented by the Aqua Terra Aeris law firm. Co-plaintiffs in the litigation also include Central Delta Water Agency, Local Agencies of the North Delta, and South Delta Water Agency that are represented by the Soluri Meserve law firm.

The suit is: AquAlliance et al. v. U.S. Bureau of Reclamation et al., case number 2:20-at-00462, in the U.S. District Court for the Eastern District of California.

The lawsuit states, “These water transfers would drain both surface and groundwater resources from the Sacramento River and San Joaquin River watersheds, imposing significant and irreversible threats to the people and sensitive species that rely on these water resources and associated aquatic and riparian habitats.”

The 2019 Long Term Water Transfer Program’s final approvals were made in April 2020, according to Aqualliance. The Environmental Impact Statement/Environmental Impact Report (EIS/EIR) describes the Project as north- to-south transfers that could be as high as 600,000 acre-feet (af) per year in the six year project window.

“One of the many EIS/EIR failures disclosed in the complaint starts with the Project description,” said Vlamis. “The EIS/EIR complicates something as basic to a project as its description by asserting transfers will differ from the disclosed 600,000 acre feet and only reach 250,000 acre feet per year, yet no legally enforceable element of the Project would compel the purported annual restriction. Further complicating the Project description is one assertion that transfers will take place in only two of the six years.”

The lawsuit asks the court to declare that the Agencies’ Environmental Impact Statement/Report was “arbitrary and capricious, ignored relevant new information and failed to meet minimum requirements of the National Environmental Policy Act (NEPA) and the California Environmental Quality Act (CEQA).”

In addition to what the groups described as a “wholly inadequate” Project description, the Agencies failed to fully disclose the impacts from the Long Term Water Transfer Program and the numerous conditions affecting groundwater, subsidence, and species populations.

The Agencies’ review also failed to consider the cumulative impacts from other significant actions such as the:

1) Addendum to the Coordinated Operation Agreements of the Central Valley Project and the State Water Project;

“Not just once, but twice now we find that USBR and SLDMWA refuse to face the real impacts that come from hoping to squeeze ever more water from the streams and groundwater basins of the Sacramento Valley,” Vlamis explained. “Clearly, they ignored their losses in the 2018 court ruling and pursued the very definition of insanity – using the same tools to reach the same conclusions. To represent the farms, fish, fowl and communities, we had to pursue our legal options.”

I have called the Bureau of Reclamation public affairs office for a comment on the lawsuit, but haven't received a reply.

USBR and SLDMWA (Agencies) approved a Program that could send up to 600,000 acre-feet of Sacramento Valley water south of the Delta – each year. 4 When combined with additional state approved transfers, the total could have been over 800,000 acre-feet each year. With history as a guide, half of the transfer water would have come from groundwater substitution transfers. 5 Although widely opposed by NorthState residents and local government, the Agencies moved forward approving the use of groundwater substitution, fallowing, reservoir releases, and conservation to make the transfers possible. The Agencies proposed a thin veneer for mitigating impacts that depends only on monitoring the stressed hydrologic systems (groundwater, streams, and rivers). AquAlliance and partners sued in 2015 and received a favorable ruling in 2018. Successful claims included:

The absence of performance standards for groundwater mitigation measure.

The FEIS/EIR failure to mitigate for land subsidence.

Failure to evaluate the effectiveness of groundwater mitigation.

4 600,000 acre-feet each year for 10 years is equivalent to what a city of 100,000 people would use in 300 years.5 Groundwater substitution transfers take place when a water district sells its river water that is normally used to irrigate rice and instead continues growing rice by pumping well water. The grower makes money on both the water sale and the rice that is grown6 “This type of failure was deemed dangerous because the lack of analysis and findings about the extent of impacts makes it impossible to determine if the mitigation measures are sufficient.”

C) Maps illustrating the groundwater conditions in the Sacramento Valley.