Add an Event
Newswire
Calendar
Features
Home
Donate
From the Open-Publishing Calendar
From the Open-Publishing Newswire
Indybay Feature
Related Categories: Central Valley | Government & Elections
Should "Slavery in California" be considered in CA Reparations Bill AB 3121
by Michael Harris
Thursday May 14th, 2020 3:04 PM
Slavery in California, a hidden secret by design, may be included in the consideration for AB 3121, the trade in human cargo is known to have source documents that predate the year 1450 Spain, Portugal, Danish governments and countless other vessels are raiding the vast African coastal villages for the express purpose of trade in human cargo for economic exploitation. 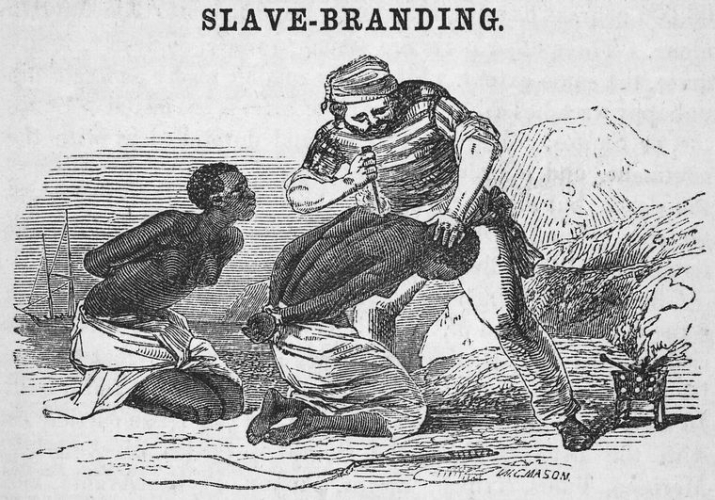 original image (760x531)
Our 2020 California Legislature is considering substantive findings and declarations that explores reparative justice for the institution of slavery.

As current versions read, the text is woefully inadequate to give adequate direction to formulate remedy by a Task Force without a scope of consideration that does not include self examination of the historical role of California, the fifth largest economy on earth, played in cause and proposed remedy for “state sponsored” systemic institutional racism, as uniquely expressed as the original sin of the United States of America.

The Trans-Atlantic trade in human cargo is known to have source documents that predate the year 1450 Spain, Portugal, Danish governments and countless other vessels are raiding the vast African coastal villages for the express purpose of trade in human cargo for economic exploitation.

Slavery throughout the vast region of Alta California remains an open secret and the impacts of Pan Africans of Mexican, French, Canadian, Russian, Hawaiian and Indigenous ancestry; all considered Negro in 1849 California, long before people of Pan African ancestry were considered human beings by the United States Government.

British, French, Spanish, Portuguese, Danish were the leading colonizing forces establishing the institution of slavery throughout the Western Hemisphere at the dawn of the US Declaration of Independence in 1776.

The first known casualty in the quest for independence from British authority was a Pan African man shot to death at point blank range during the Boston Massacre, formerly enslaved he knew the price of freedom, and paid dearly.

The “bounty” and “booty” of chattel slavery flourished throughout the United States with a delicate political balance of 15 “Free” and 15 “Slave” states. The Monroe Doctrine, Manifest Destiny, US Mexican War and the California Gold Rush forever changed the landscape from sea to shining sea and beyond.

Slavery in Mexican controlled California was legally forbidden by the Afro Latino President of Mexico, Vicente Guerrero. US Military exploration and annexation brought the Southern US Army Officers with enslaved servants beginning in the early 1840's. During the 1849 California Constitutional Convention and inaugural California State Legislature the wicked, demonic values and beliefs of the day are clearly seen in the California Statues and Codes enacted by the State of California.

America's "Peculiar Institution" of slavery was constitutionally and statutorily sanctioned at during the creation of the United States and lasted until ratification and military enforcement of the 13th Amendment after the costly and bloody close of the US Civil War in 1865.

The State of California was one of the last states to ratify the 13th Amendment to the US Constitution and the ongoing challenges to equity and inclusion for people of Pan African ancestry remains best quantified and qualified in official US Census data over time.

AB 3121 has the opportunity to showcase California’s reputation as a forward thinking. If the authentic historical legacy of Slavery in California as best outlined by Delilah Beasley is “hidden information” then a perfunctory bill that in fact may set back the US Reparations Movement should be reconsidered and/or delayed until after the COVID-19 executive order expires to allow greater participation.