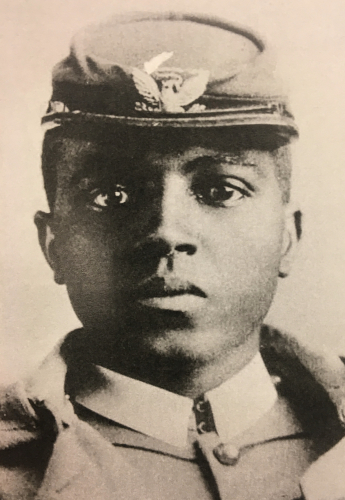 original image (2481x3594)
Before there was Memorial Day, there was Decoration Day, a ritual of consecration originating in the action of newly freed enslaved Pan Africans who walked their first steps toward freedom, in gratitude.

Memorial Day is an American holiday dedicated to building acts of memory, justice and repair for our fallen soldiers.

It is the annual commemoration of a complex relationship we hold with the history of this land.

The Washington Race Course and Jockey Club was the place Decoration Day began in 1865.

Today, the course remains as a one mile track surrounding Hampton Park in Charleston, South Carolina. In February of every year since 1792, the Club turned that park into a festival: thoroughbred horses flat raced and leapt hurdles on the course while South Carolina planters wives in the grandstand were served by the gentlemen who escorted them.

A public exhibition of the social connections that maintained the antebellum south, the Race Course was a stage for many purposes. It was a parade ground for review of Confederate martial brigades; its perimeter sheltered duels fought over matters of honor; and it served as the auction site for property of value to the landed class: eight thoroughbred horses imported from England.

During the Civil War, Charleston’s Confederate planters were forced to turn their beloved racetrack into a prison camp for Union Soldiers.

Two hundred fifty seven men died from the deplorable conditions in this outdoor prison camp, and were buried in a mass grave behind the bandstand.

In the spring of 1865, the City of Charleston fell to Union soldiers. One of the first actions of the newly emancipated African-American residents of Charleston was to exhume each of these 257 Martyrs of the Race Course and give them a proper burial.

After the burial, there was a remarkable and somber parade. Ten thousand Charlestonians, most of them black, marched in cadence to the Race Course turned burial ground, led by 3,000 children carrying flowers to decorate the new laid graves.

This reclaiming of land once used by the white aristocracy for leisure, and consecrating it as a burying ground for those they once held captive, was a powerful symbol of liberation and justice.

It marked the end of enslavement with an act of collective self-determination: providing honor and respectful burial of Union soldiers who fought to end the bondage of African-Americans.

Following the parade, there were family gatherings and picnic meals held on blankets on the lawn, marking the day as a celebration of collective independence and family ingathering.

This first Memorial Day marked of the conclusion of the War Between the States and the beginning of a new era of Freedmen.

Many African American families we have interviewed continue to celebrate the traditions, even if we do not know this history or name.

We return to the places of our great-grandparents’ origin to clean the graves of our ancestors each year on what we now call Memorial Day weekend. This annual ritual is not merely symbolic.

In the deep South, entire graveyards become overgrown with lush southern brush; a headstone can disappear beneath it in just a few years without care.

As generations of African-Americans dispersed northward during the Great Migration of the 20th century, this ritual of returning South to clear and decorate the tombs of ancestors created an annual family reunion.

Because the births and deaths of black people were not regularly inscribed in official government records until the mid 20th century, these clusters of headstones and grave sites provide some African-Americans with their only reliable genealogical records. Multi-generational pilgrimages to tend ancient graveyards were occasions for sharing family histories, and opportunities to pass on cultural rituals and lore.

While Memorial Day tradition fades among those who are a few generations away from honoring our roots, fragments of observation remain intact as a cornerstone of African-American culture.

Many continue to celebrate Memorial Day as the holiday to convene gatherings of extended family; the tradition of the African-American family reunion as a picnic is linked to those pot luck meals shared on blankets on the lawn at the Charleston Race Course.

Memorial Day was named a federal holiday to commemorate all who lost their lives in any act of war. Today, most Americans mark it with a flag-waving parade, and plans for the first three-day weekend of summer.

At Negro Bar Cemetery and Negro Hill Cemetery, Memorial Day has a different significance, even if we no longer remember why.

Are these stories about California Pan African military service in the transition from Mexican rule, California Statehood and the ending of Slavery here in California is remembered, each and every Memorial Day.
Add Your Comments
Support Independent Media
We are 100% volunteer and depend on your participation to sustain our efforts!