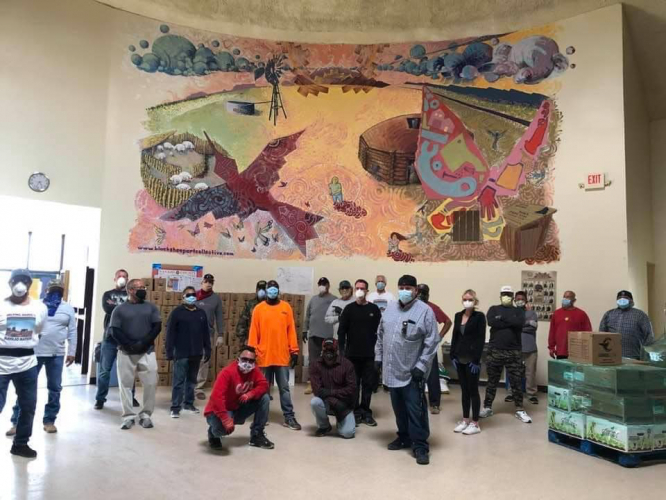 NAVAJO NATION -- The Navajo Nation expanded its emergency relief efforts on Thursday, as 103 new cases of coronavirus and three more deaths were reported in the past 24 hours, bringing the total to 2,757 and 88 deaths.

The former mayor of the bordertown of Page joined relief efforts, countering two separate racist incidents in Page involving the current mayor and a man charged with terrorism against Navajos.

The current Mayor of Page Levi Tappan, insulted the Navajo President on Facebook this week.

During an exchange of comments on Facebook about opening up tourist attractions, one user commented, "He's busy fighting hard for our people," and shared a photo of President Jonathan Nez.

Page Mayor Levi Tappan then replied to that comment saying, "I wish he would battle alcoholism as hard as COVID19." Tappan included a photo of what appears to be a group of Native Americans standing beside a street.

Navajo President Jonathan Nez responded, "We, as elected leaders, should be working together to unite our people especially when we are losing so many relatives to COVID-19, not tearing each other down and singling out Native Americans in regards to alcohol issues."

"Yes, we recognize that there is a problem and we stand ready to work with Mayor Tappen to address the issues rather than writing insensitive comments to our constituents on social media," President Nez said on May 3, urging the Mayor to work together in a spirit of love for all people for the sake of the children.

In another racist incident, a Page man was arrested for attempting to incite an act of terrorism after a Facebook post during the first week of April.

Daniel Franzen, 34 of Page, was arrested on suspicion of attempting to incite an act of terrorism. Police received reports of a Facebook post that urged people to use “lethal force” against the Navajo community. Franzen made racist statements about Navajos and coronavirus infection.

Franzen was booked into the Coconino County jail. In a statement, Page police said any unlawful hate speech will be “aggressively investigated.”

President Nez said over 30 percent of the residents in Page are Navajo. In addition, members of the Navajo Nation contribute millions of dollars in revenue each year to businesses and the city that helps to provide public safety, EMS personnel, and other essential services for all people.

Meanwhile, the Navajo Nation relief efforts continued to reach Navajos in the 110 chapters in Arizona, New Mexico and Utah. On Thursday, 1,194 families were reached with supplies in the communities of Bodaway-Gap, Coppermine, LeChee, Kaibeto, Ts’ah Bii Kin, and Shonto.

Volunteers also delivered donations from Phoenix and Winslow to the communities of Tolani Lake, Birdsprings and Indian Wells on the Navajo Nation. 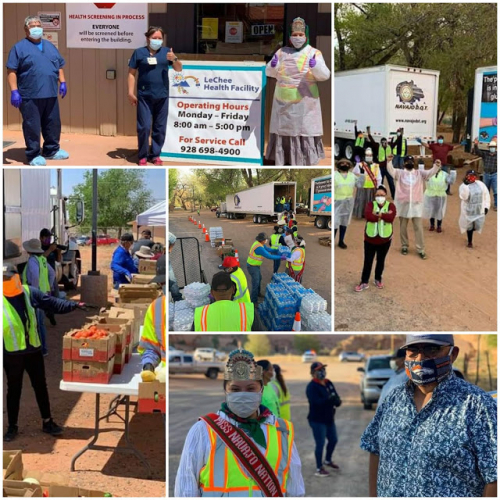