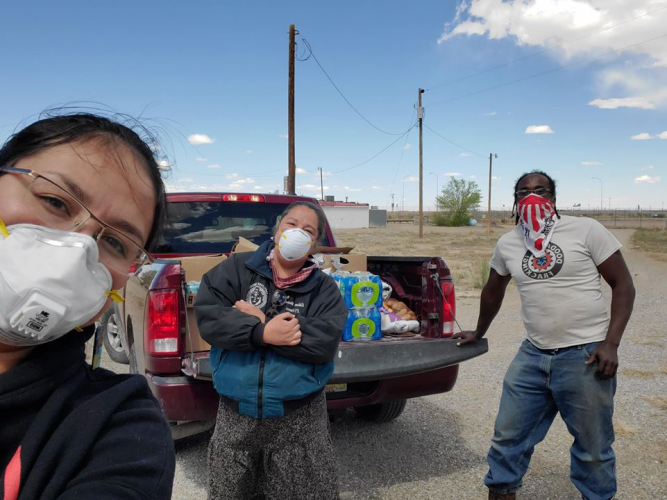 WINDOW ROCK, Ariz. -- There were six more Navajo deaths and 95 new cases of coronavirus in the past 24 hours. There are now 2,654 cases and 85 deaths on the Navajo Nation, in the states of Arizona, New Mexico and Utah.

On Wednesday, the Navajo Nation received a portion of its coronavirus CARES Act funding after filing a lawsuit against the U.S. government.

The Navajo Nation and 10 other tribes filed suit to halt the U.S. government from giving the allocated $8 billion for Indian tribes to Alaska Native corporations, which are owned by shareholders which include non-Indians, and hold federal government contracts with ICE and detention centers, and contracts for work on energy projects and pipelines.

“The funding we received represents only a portion of the CARES Act allocation, approximately 60-percent according to the federal government. We are in the process of carefully reviewing the guidelines and provisions from the Department of the Treasury," President Nez said.

In April, the U.S District Court ruled in favor of the Navajo Nation and 10 other tribes who filed a lawsuit against the U.S. Secretary of the Treasury regarding coronavirus federal funding.

Congress allocated $8 billion under the Coronavirus Relief Fund to help tribal governments. However, the Navajo Nation stated that the Secretary of the Treasury Steven Mnuchin planned to use the money to fund more than 230 Alaska Native corporations that are owned by shareholders, including those who are non-Indian.

In April, Politico reported that a high-ranking Interior Department official was under fire over her role in securing access to billions of dollars in coronavirus aid for a handful of wealthy Alaska corporations, including one that previously employed her as a lobbyist and top executive.

"Assistant Secretary for Indian Affairs Tara Sweeney is among a small group of Interior officials advising the Treasury Department on how to distribute $8 billion in rescue funding Congress earmarked for Native American tribes — an allocation that some lawmakers now say they intended solely for the 574 federally recognized tribes hit hard by the economic shutdown," Politico reported.

The Navajo Nation has by far the largest number of coronavirus cases and deaths in Indian country.

As of today, there are 18 cases of coronavirus in the IHS service unit in Alaska, according to IHS data. On the Navajo Nation, there are 2,654 cases with 85 deaths.

Meanwhile, the grassroots Navajo Hopi Families COVID-19 Relief continued its emergency deliveries this week, including relief at a base at Dine' College in the heart of the Navajo Nation.

The grassroots Navajo Hopi Families COVID-19 Relief continues to provide emergency food, water and supplies on the Navajo and Hopi Nations. With solidarity from Ireland, the volunteer group has received more than $2.9 million in donations.

President Nez said on Wednesday after finally receiving federal funds, "The Executive Branch advocated strongly through lobbying efforts at the congressional level and through the media and we took the federal government to court to get these funds and now we have to be able to account for all of it." 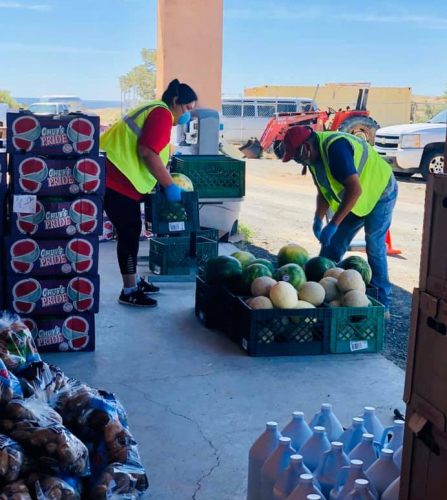 original image (692x774)
Navajo Hopi COVID-19 Relief volunteers deliver food, water and supplies to Hopis at Hotevilla in Arizona. Photo by Lilian Hill, Hopi.
https://bsnorrell.blogspot.com/2020/05/nav...
Add Your Comments
Support Independent Media
We are 100% volunteer and depend on your participation to sustain our efforts!