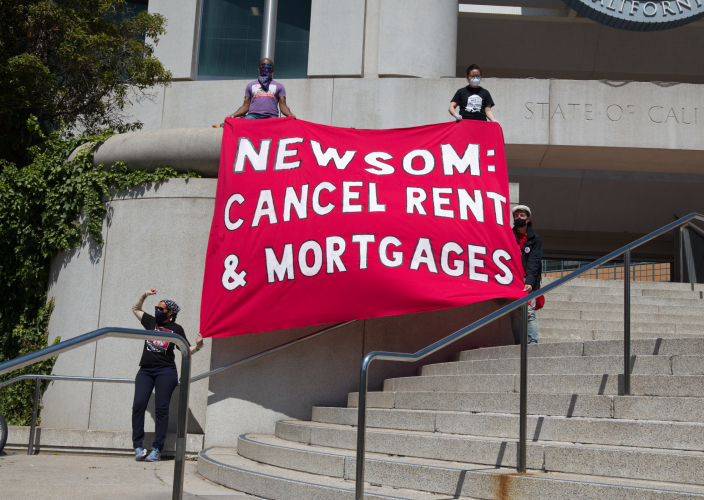 original image (1973x1400)
The COVID-19 pandemic has exploded the myth of American equality to reveal a society of medieval injustice and Facistic racism. The accumulations of bodies, too numerous to bury, in parked trucks and old age home closets; a government controlled by a deranged clown; a major political party devoted to the wealthy few and reconciled to massive deaths of working people as it uses catastrophic unemployment to consolidate control, are symptoms of national dissolution.

With the so called "bailouts," reeking of incompetence and corruption to the benefit of Trump's contributors, the economic cataclysm is reimposing on the supposedly strongest and wealthiest country in the world, the food lines and soup kitchens of the Great Depression.

Those attempting to resist, the ones at the bottom who can't "work from home" the food workers, truckers, nurses, warehouse people, emergency workers, not to mention the homeless, are reclaiming the traditional international workers' day of May 1.

May 1 has been recognized throughout the world, especially in Communist and Socialist countries, as the holiday to celebrate working people. Though supresed by the anti-communist and anti socialist hysteria of post WW II America, it is a genuine American holiday, having been originated by the unjust hanging of four labor activists in Chicago in 1887.

The embers of May 1, May Day, the holiday that refuses to die, were rekindled today in front of San Francisco's Ciy Hall by those facing destituion as the nation faces its greatest threat since the Civil War.

The San Francisco demonstration had two components. The first one, the comrades on the Left promoting rent strikes, the ouster of Trump/Pence, and sustenance and racial equality for working people.

In a loud caravan, honking cars with signs descended upon and circled City Hall. Some very good traffic jams were created,

The second part (conservatives implicitly honoring May Day), was people demanding the shutdowns be ended. These are the victims of the Republican strategy which is now clear. This is to exploit the suffering of working people who are out of work and staring at destitution. Other advanced countries, understanding that shutting down a country to contain an epidemic without providing a true guarantee of income would lead to a social and political disaster, have, like England and France, guaranteed the incomes of those out of work. US "unemployment insurance" by comparison, is a patchwork of fifty broken systems with temporary band aids provided by a corrupt and incompetent Federal government.

Trump and his Republican enablers see their electoral salvation in a restored economy. That thousand will die as a result, matters little. It is not the wealthy working at home who will do most of the dying. Instead, with the slogans of "liberty" and "freedom", America's low paid working people are forced to demand to go back to work. It was hard to not feel pity.

The signs that appeared handwritten were professionally printed in quantity. There were boxes of hundreds of identical signs available; a sign of well funded organizing. They also aimed at respectability. Aside from a few anti-vaxers , no Trump signs, no provocations and no people playing soldier. It all went smoothly. 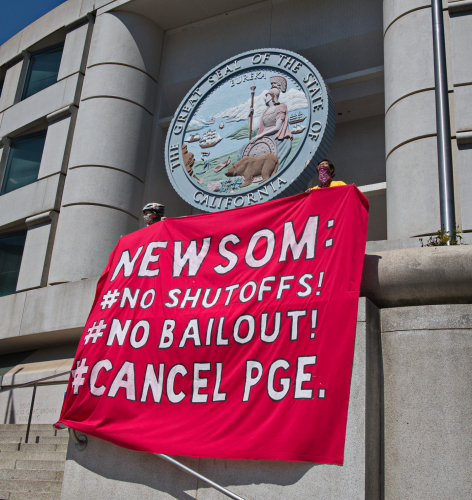 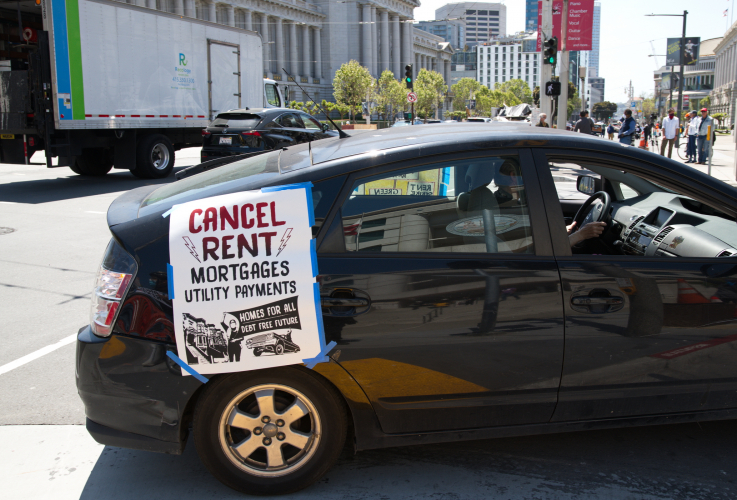 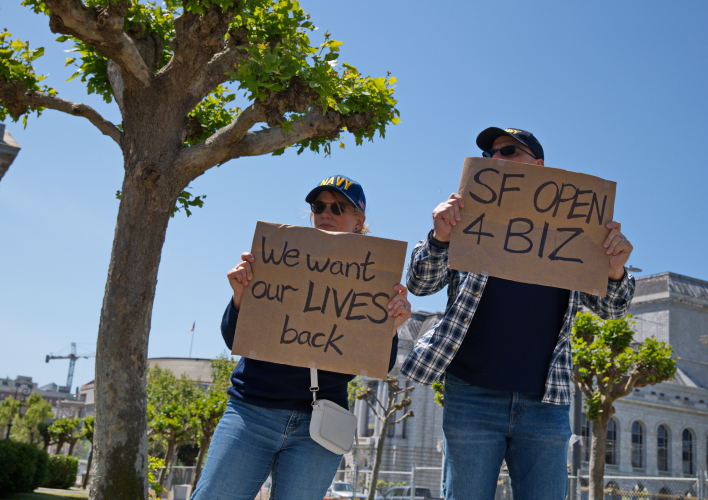 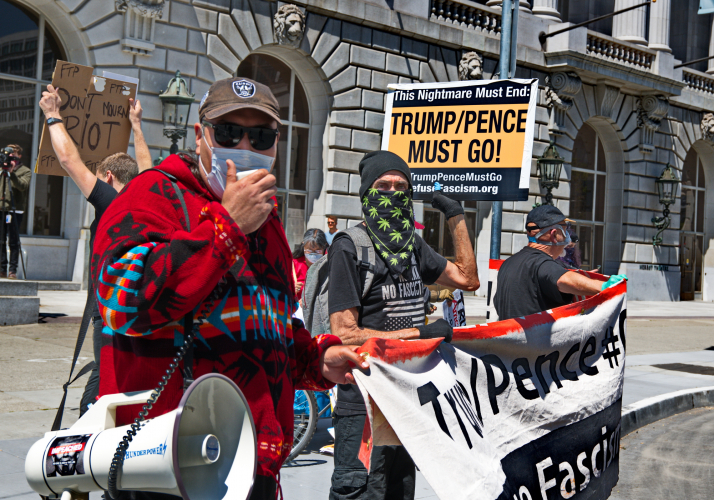 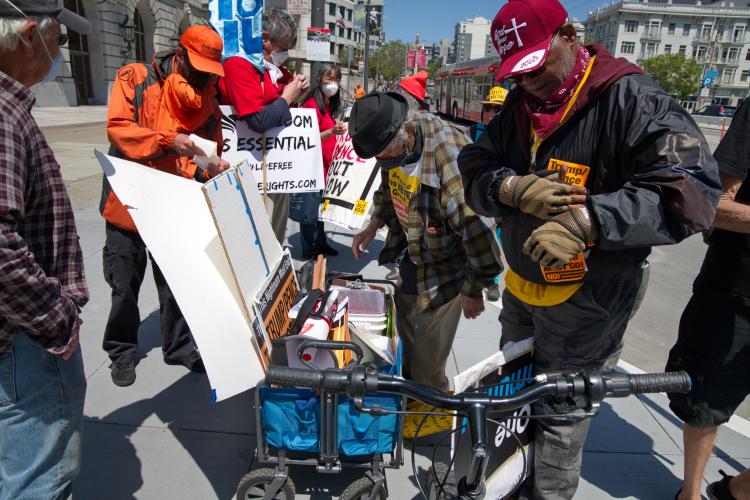 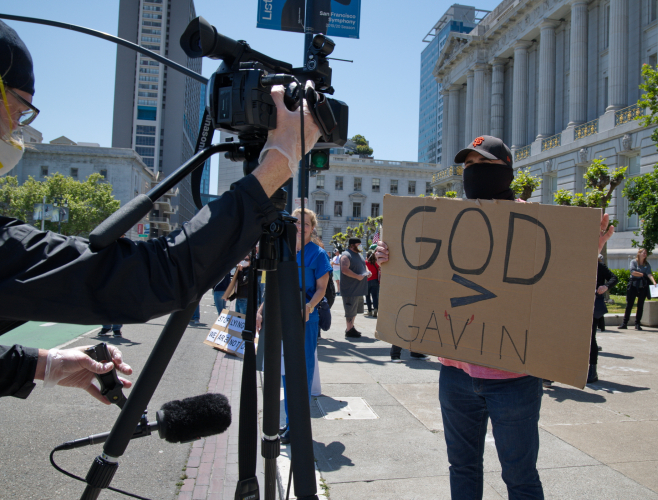 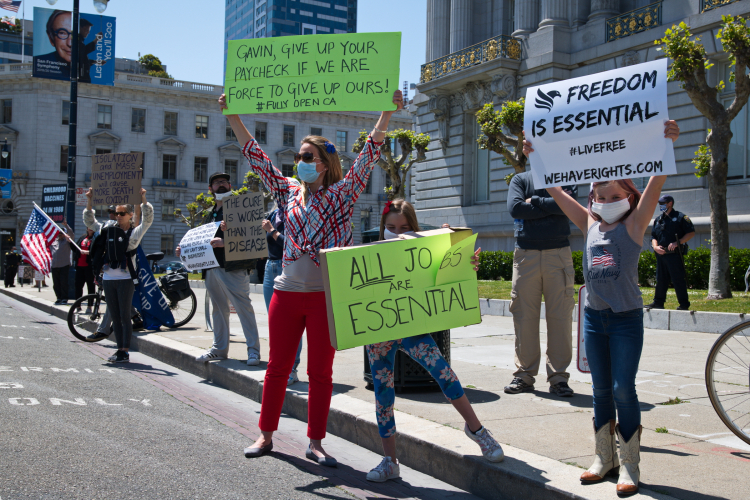 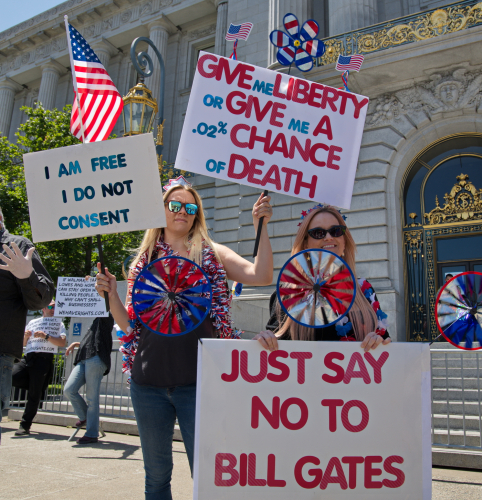 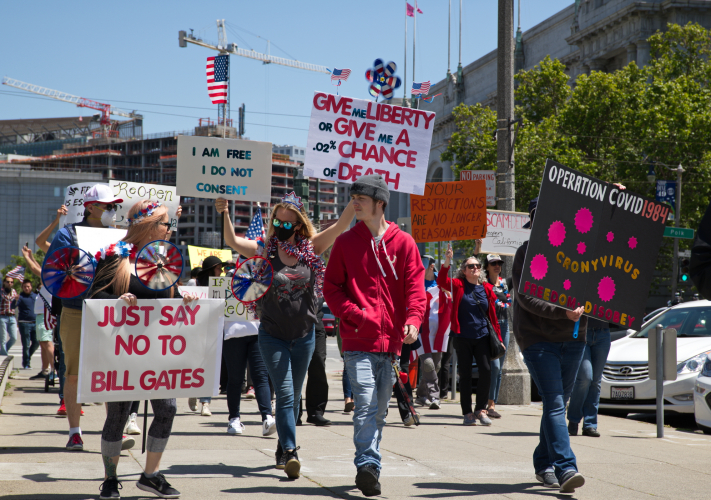 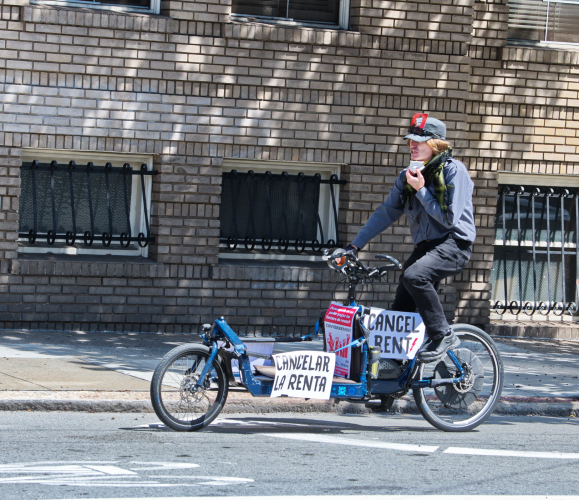 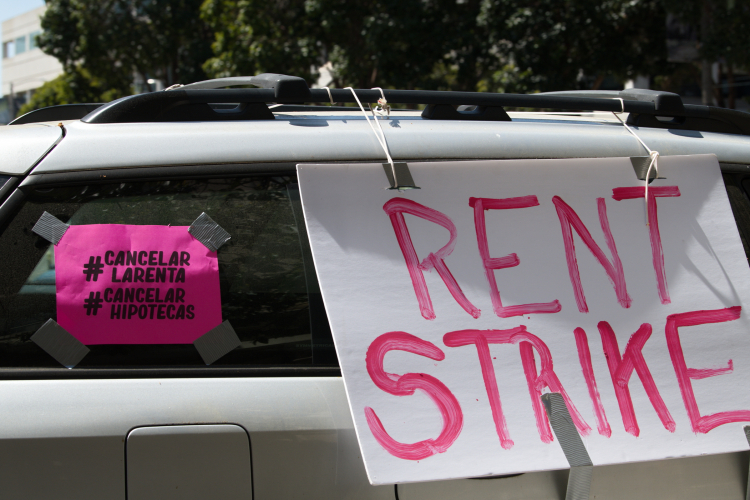 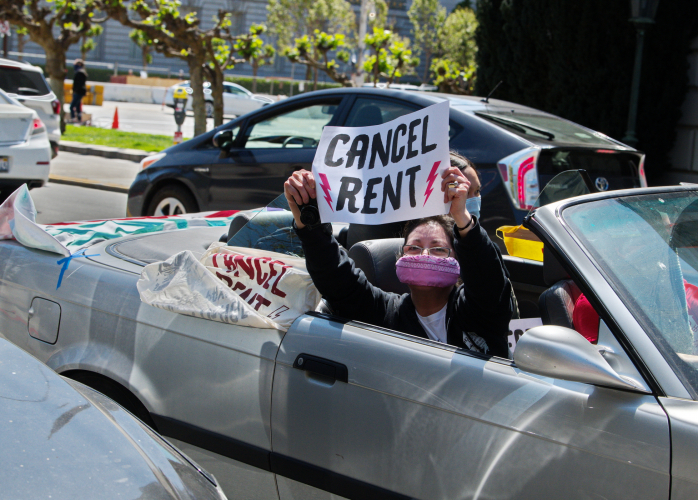 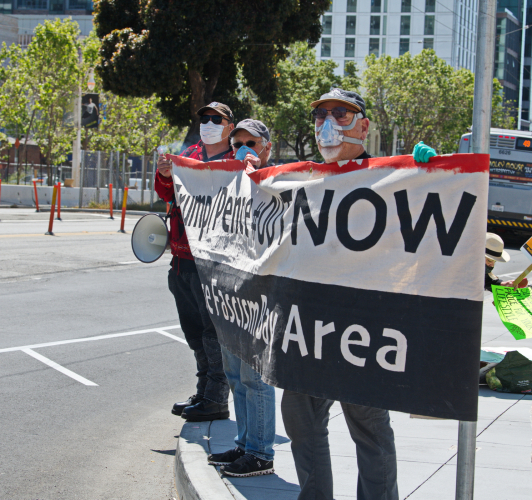 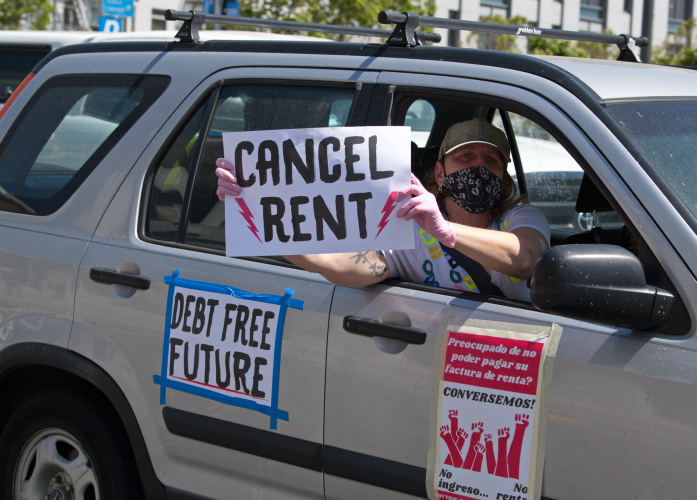 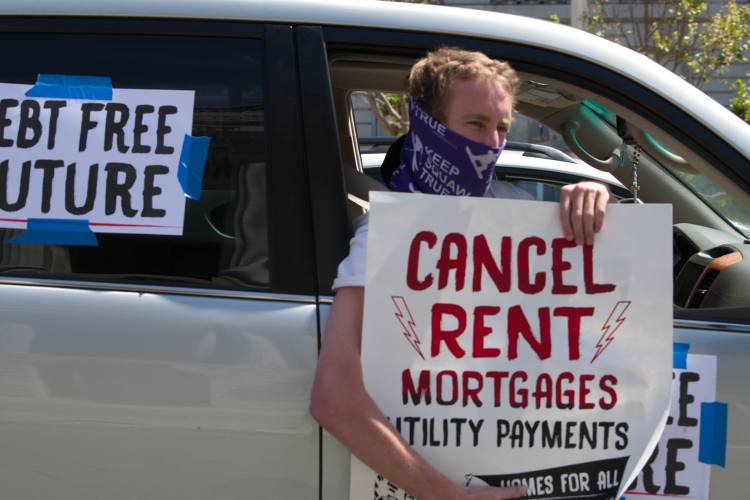 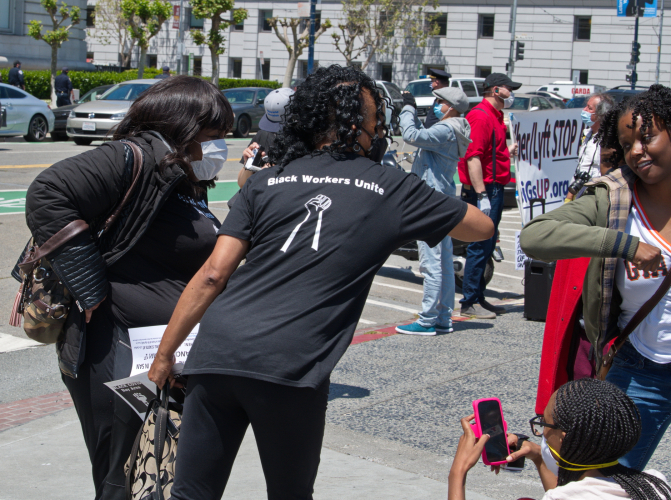