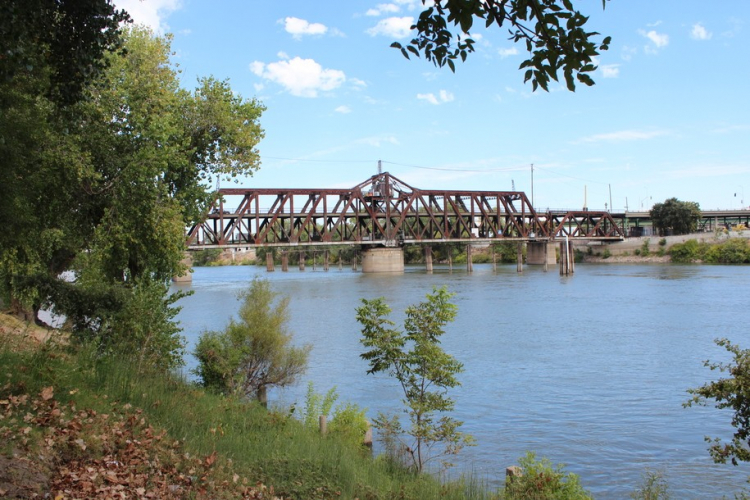 The filing argues that the diversion of water in accordance with the Trump Administration’s revised biological opinions will cause ”imminent and irreparable harm to species protected under the California Endangered Species Act and the federal Endangered Species Act,” according to a statement from the Attorney General’s Office.

“The Trump Administration is recklessly endangering California’s ecosystem and depleting irreplaceable natural resources,” said Attorney General Becerra. “As we speak, some of California’s most endangered species are being pushed closer to extinction – and there is no way to turn back the clock once the damage is done. We are fighting to prevent the Trump Administration’s blatant disregard for science and the law before it permanently alters California’s environmental landscape.”

The lawsuit argues that the Trump Administration's actions “violate the state and federal Endangered Species Acts, the Administrative Procedure Act, and the National Environmental Policy Act by failing to protect endangered species and their habitat in the Sacramento and San Joaquin River watersheds, including the San Joaquin Delta.”

The motion was filed as the Delta smelt, once the most abundant fish species on the Sacramento-San Joaquin River Delta, continues its steep slide towards extinction. For the second year in a row, the California Department of Fish and Wildlife in its annual fall midwater trawl survey in 2019 found zero Delta smelt during the months of September, October, November and December.

Becerra asserts the Trump Administration’s operation of water pumps in the Delta under the biological opinions violates the state and federal Endangered Species Acts because it has resulted, and will result, in the unlawful take of Delta smelt, longfin smelt, threatened Central Valley steelhead and other fish species.

A copy of the motion and the amended complaint can be found here and here.

Bureau of Reclamation Commissioner Brenda Burman issued a statement strongly criticizing the state of California and Attorney General Becerra for filing a motion for a preliminary injunction and other pleadings today regarding the Central Valley Project.

"At no other time in modern history has the State of California taken such ill-founded actions to directly hurt more than 25 million Californians by unnecessarily jeopardizing their water supply. Now, more than ever, it is critical that water be reliably delivered to Americans, and we are taking actions to do that,” claimed Burman.

On the other hand, salmon fishermen praised the Governor and Attorney General for filing the litigation.

"We appreciate the Governor and Attorney General stepping up to protect California's natural resources, including salmon and related jobs, from the Trump Bureau of Reclamation,” said John McManus, President of the Golden State Salmon Association. “The Trump team is draining and killing the Delta and Central Valley rivers right now, just when this year's crop of baby salmon are trying to make it out to sea so we're thankful for the state's intervention to stop this.”

“The governor and AG's action to protect California from another Trump administration attack on our environment will not only aid salmon and other wildlife, but also, ironically, make more water available to everyone in Southern California,” he said.

”This action by the governor is good for California’s environment, for salmon fishing jobs throughout California, and for the residents and businesses in Southern California. Fair is fair. The Trump Administration should obey the same laws that apply to all Californians,” McManus concluded.

While fishing and environmental groups responded positively to the lawsuit against the Trump administration, it must be noted that the Newsom Administration has been promoting its own water plans that pose a big threat to endangered smelt and salmon, including the Delta Tunnel, agribusiness-sponsored voluntary water agreements, an Environmental Impact Report (EIR) that increases water exports for the state and federal projects rather than reducing them, and a controversial water portfolio that includes fast tracking the Sites Reservoir.

It is not surprising that Governor Newsom received a total of $755,198 in donations from agribusiness interests that will benefit from these plans, based on the latest data from http://www.followthemoney.org. That figure includes $116,800 from Beverly Hills agribusiness tycoons Stewart and Lynda Resnick, the largest orchard fruit growers in the world and the sponsors of the Coalition for a Sustainable Delta.
Add Your Comments
Support Independent Media
We are 100% volunteer and depend on your participation to sustain our efforts!