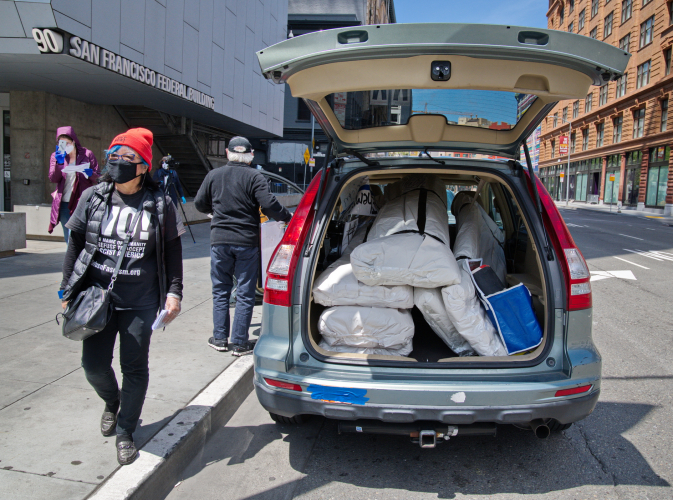 In Chicago, Cleveland, Detroit, Los Angeles, NYC, Philadelphia, and San Francisco, RefuseFascism supporters delivered home-made body-bags, saying "We recognize the Trump/Pence regime, with its opposition to science and its fascist program now poses an even greater danger to humanity due to the COVID-19 pandemic."

Citing more than 3 years of Trump consolidating an "American Fascism," the March 2020 RefuseFascism Statement of Conscience says, "The regime bludgeons the very notion of objective truth; trafficking not merely in lies, but in flagrant campaigns of disinformation.

"They purge those who refuse to march in lockstep, then pack the judiciary, the police and the military, the executive and legislative branches, and the state houses with fascists and all manner of reactionary zealots—including theocratic Christian fascists—who see this as their last chance to cement their domination for generations to come."

Protesters said this week that "While we physically separate ourselves, we cannot cut ourselves off from our responsibility to act NOW to stop a regime that poses catastrophic consequence for all of humanity. There are times in history when a people must reach deep into their collective conscience and act with extraordinary moral courage to stop the crimes of their government."

Demands of the weekend's protests:

-- Provide aid and protection for humanity globally, not just for Americans, based on international co-operation, not competition.

-- Provide ventilators and hospital beds for those needing intensive care; and mass testing to provide information needed to slow the spread of the virus.

-- Ensure health and safety from the virus of all those in jail, prison, or ICE detention camps; immediate release of everyone not convicted of a violent crime, and of asylum seekers and families.

-- Most importantly, we demand the immediate removal of Trump & Pence. 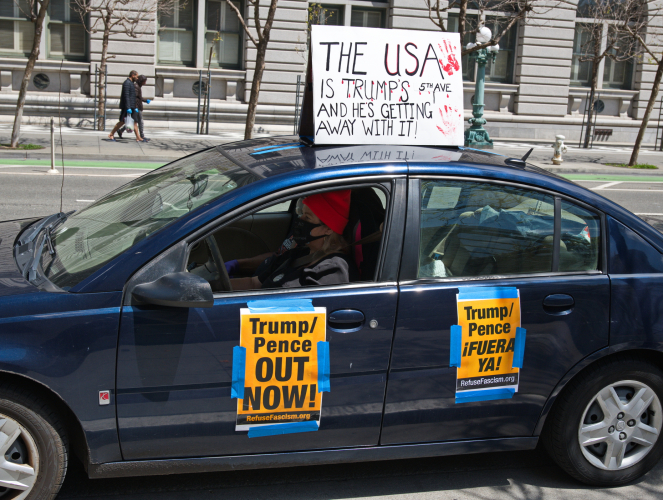 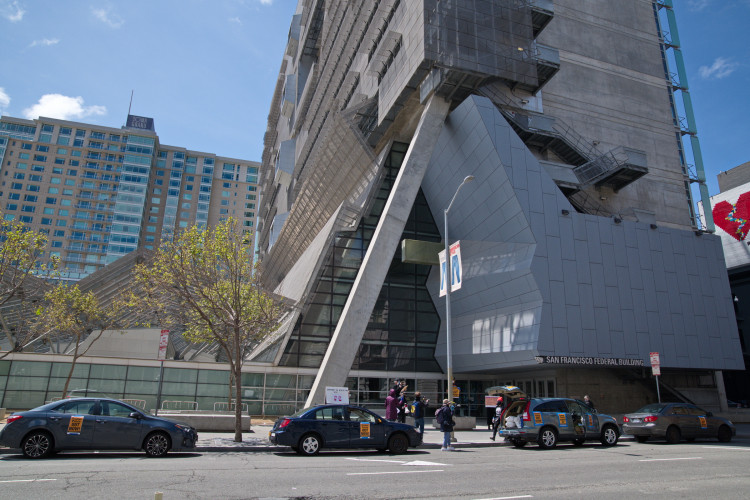 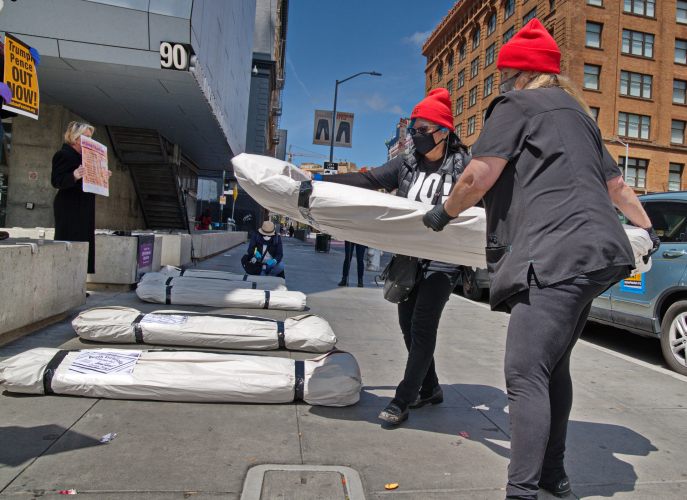 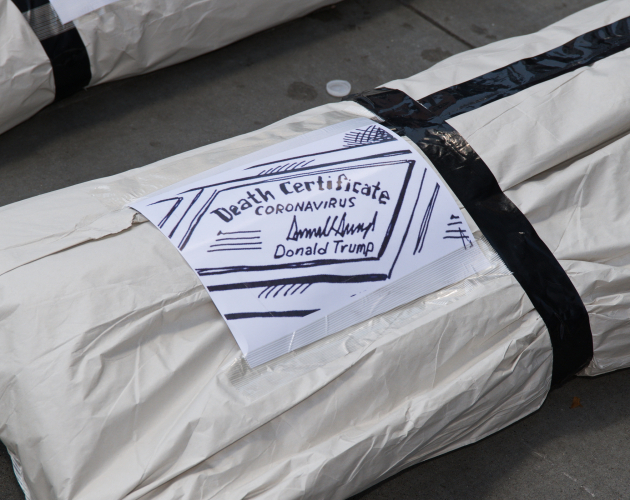 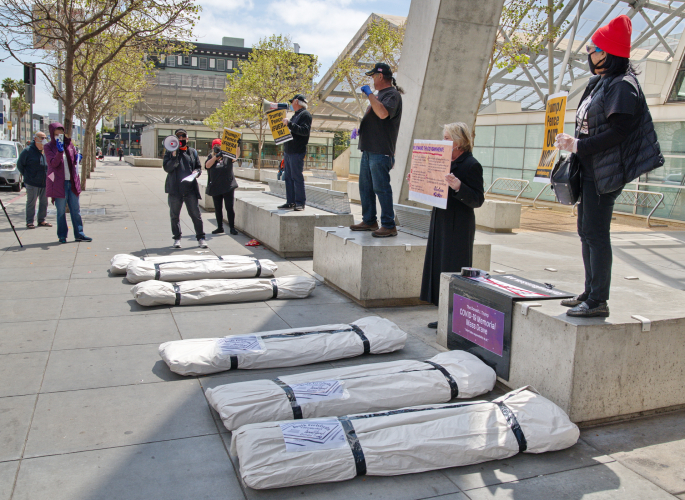 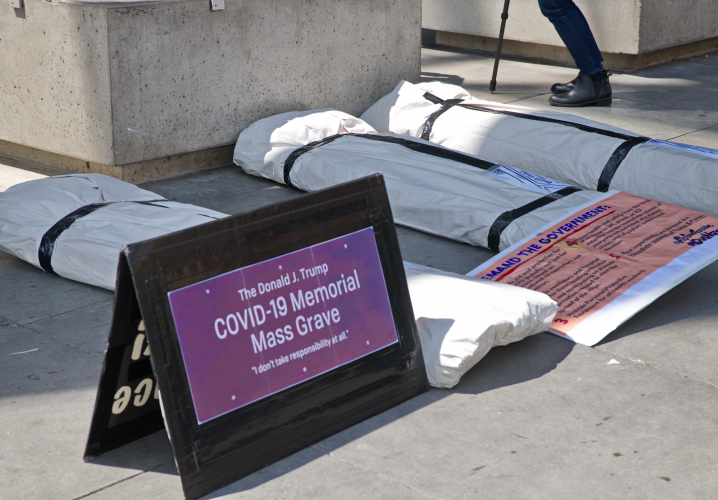 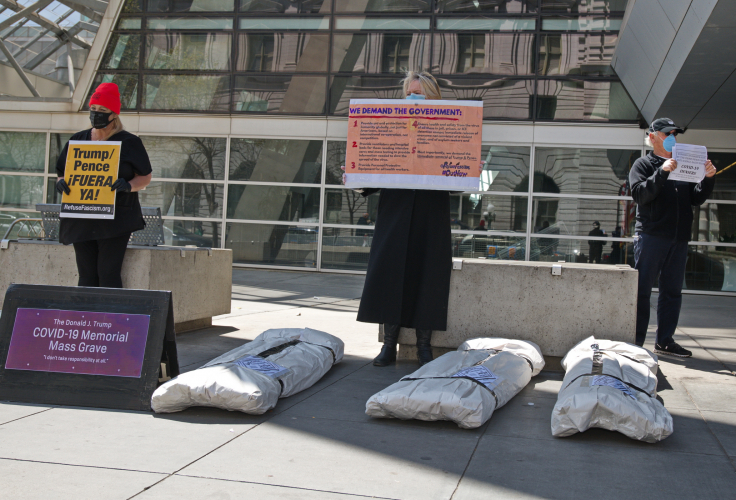 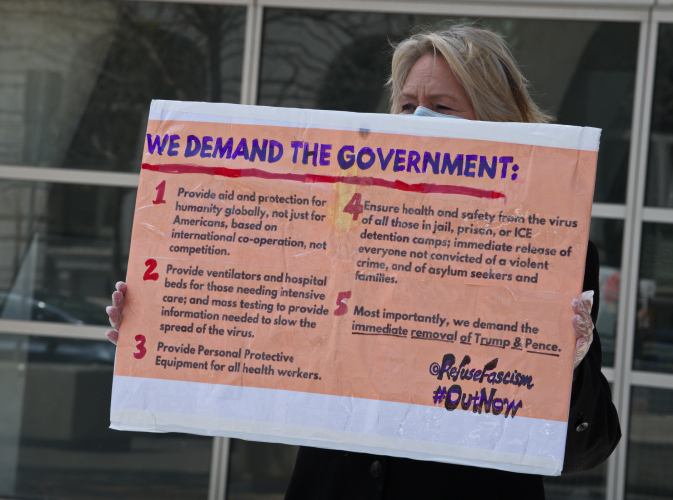 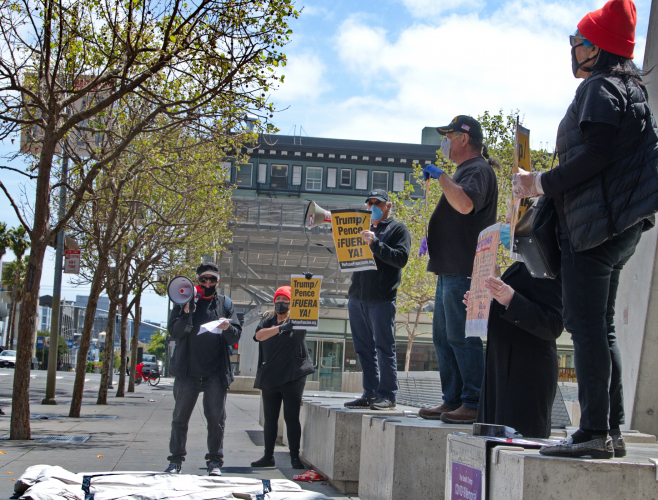 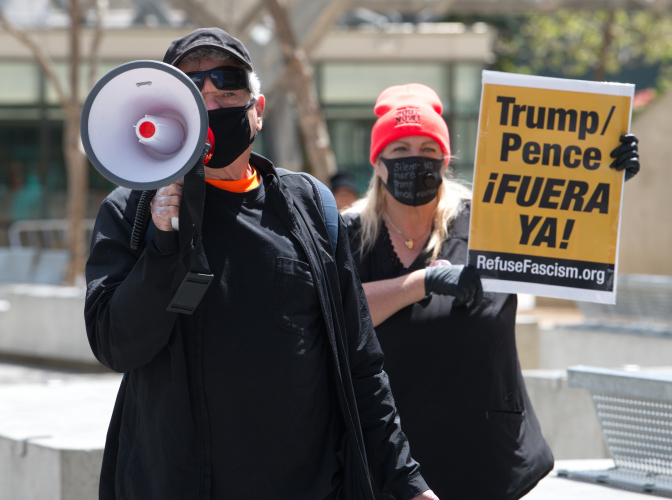 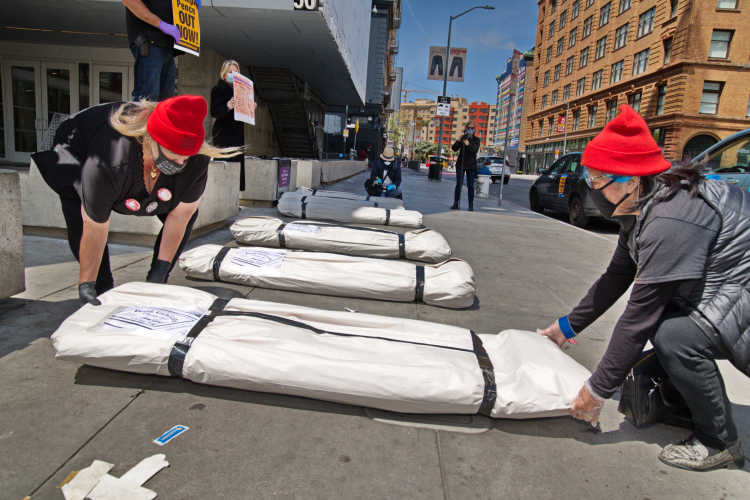