Add an Event
Newswire
Calendar
Features
Home
Donate
From the Open-Publishing Calendar
From the Open-Publishing Newswire
Indybay Feature
Related Categories: Central Valley | Environment & Forest Defense | Government & Elections
Feinstein implores Newson to collaborate with Trump to weaken fish protections
by Dan Bacher
Friday Apr 17th, 2020 12:50 PM
“It is imperative that California not only stand up to the Trump administration to protect our water supply, but also restore our rivers and protect our drinking water quality with regulations that are guided by science, not politic,” said Regina Chichizola, co-director of Save California Salmon. 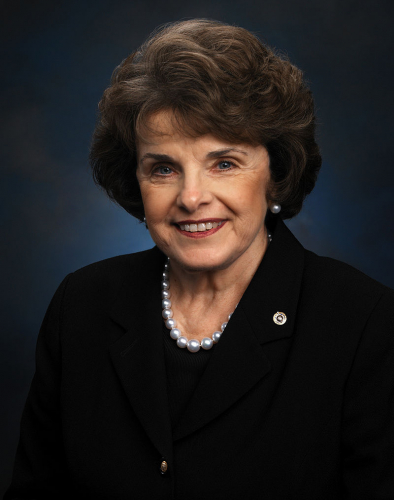 A coalition of fishing groups, Tribes, environmental organizations, family farmers and elected officials opposing the reaching of this agreement between the state’s flawed incidental take permit and the federal government’s even more flawed biological opinion because maximized water deliveries to agribusiness will drive imperiled salmon, Delta smelt and other species even closer to extinction.

In the letter to Governor Newsom, the members wrote: “We believe the most plausible path forward is through continued negotiation and the voluntary agreement process. We understand that an agreement between the necessary parties was close but has not yet been reached. Early implementation of such a voluntary agreement when fully negotiated could provide a framework to allow the State to settle its lawsuit with the federal government and resolve the differences between the federal biological opinions and the State’s incidental take permit for the long-term operation of the State Water Project.” Read the full letter here.

In a separate letter to Interior Secretary David Bernhardt, a former lobbyist for the Westlands Water District and the oil industry, the members wrote: “Continued coordinated operation is threatened by the conflict between the federal biological opinions and the state’s recently issued incidental take permit for the long-term operation of the State Water Project. Given the seriousness of this challenge, we urge you to take advantage of what is likely the last opportunity to work with the state and seek a solution to this impasse.” Read the full letter here.

"The letter sent today to Governor Newsom by Senator Feinstein and her colleagues in the House of Representatives strikes exactly the right note. Continued conflict and litigation between the State of California and the federal government related to the efficacy of the recently issued biological opinions will harm not only water supplies for farms, rural communities, and urban areas in every region of the State, but will also delay meaningful actions to restore at-risk native fish species,” said Errotabere. “Senator Feinstein and her House colleagues are correct, without negotiated agreements to resolve the lawsuit by the State against the federal government, the longstanding coordinated operations of the CVP and SWP are threatened.”

“This will not only reduce water deliveries throughout California, just as drought may be returning, but will also block the successful negotiation of voluntary agreements. Westlands Water District thanks Senator Feinstein and her House colleagues, along with Members of Congress who sent a similar letter to Governor Newsom last week, for their continuing efforts to promote sound water policies,” stated Errotabere.

In response to Feinstein’s letter to Newsom, Regina Chichizola, co-director of Save California Salmon, noted that the Trump administration's water plan for the federal Central Valley Project will take much more water from California's rivers at a time when our salmon are facing extinction.

“The plan will harm water quality in the watersheds that feed the state's water supply, and decimate the coastal fishing industry at a time when coastal economies sourly need the jobs,” said Chichizola. “The Trump administration had many chances to work out a compromise with California on Central Valley Water Project diversions, but chose corporate agriculture over the people of California, who are saving water to protect the environment.”

“It is imperative that California not only stand up to the Trump administration to protect our water supply, but also restore our rivers and protect our drinking water quality with regulations that are guided by science, not politic,” said Chichizola. “We are disappointed that some democratic representatives, such as Dianne Feinstein, have again chosen corporate almond farmers and water brokers over the interests of Californians. However, we are not surprised, as Feinstein has consistently sided with corporations over Californians.”

Restore the Delta also commented on Feinstein’s letter in a tweet: “Sadly SenFeinstein‘s call for #CAWater to work with Interior is the equivalent of collaboration with the enemy. Favoring the Trump rollbacks is falling in with the demand for the Delta to surrender.”

Feinstein and the Representatives sent their letter as the Delta smelt, once the most abundant species on the Sacramento-San Joaquin River Delta, continues its steep slide towards extinction. For the second year in a row, the California Department of Fish and Wildlife in its annual fall midwater trawl survey in 2019 found zero Delta smelt during the months of September, October, November and December.

Found only in the San Francisco Bay-Delta Estuary, the smelt is an indicator species that shows the health of the ecosystem. Decades of water exports and environmental degradation under the state and federal governments have brought the smelt to the edge of extinction. For more information, go to: http://www.dailykos.com/...
Add Your Comments
LATEST COMMENTS ABOUT THIS ARTICLE
Listed below are the latest comments about this post.
These comments are submitted anonymously by website visitors.