Add an Event
Newswire
Calendar
Features
Home
Donate
From the Open-Publishing Calendar
From the Open-Publishing Newswire
Indybay Feature
Related Categories: California | Santa Cruz Indymedia | Animal Liberation | Environment & Forest Defense
California Moves to Protect Imperiled Mountain Lion Populations
by Center for Biological Diversity
Friday Apr 17th, 2020 8:41 AM
SACRAMENTO, Calif., April 16, 2020 — In response to a petition from the Center for Biological Diversity and the Mountain Lion Foundation, the California Fish and Game Commission voted 5-0 today to advance Southern California and Central Coast mountain lions to candidacy under the state’s Endangered Species Act. The vote follows a February 2020 finding by the California Department of Fish and Wildlife that increased protections may be warranted. 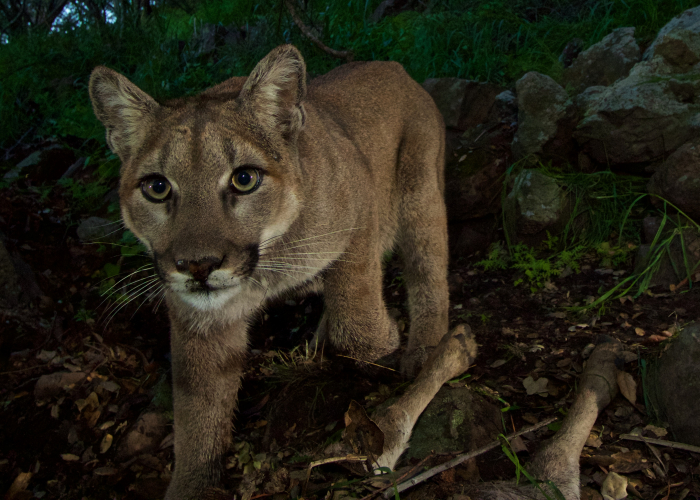 original image (2864x2044)
The unanimous vote triggers a year-long review by the department to determine if these populations should be formally protected under the Act. The Act’s protections apply during the candidacy period.

“This is a historic moment for California’s big cats and rich biodiversity,” said Tiffany Yap, a biologist at the Center and primary author of the petition. “These ecosystem engineers face huge threats that could wipe out key populations. But with state protections, we can start reversing course to save our mountain lions. Wildlife officials deserve a big round of applause for moving to protect these amazing animals.”

Genetic isolation due to roads and development threatens the health of the six puma populations included in the petition. Despite a more than 30-year ban on sport-hunting, some mountain lion populations have low survival rates due to high levels of human-caused mortalities. Major threats include car strikes, poisonings and sanctioned depredation kills.

Researchers with the National Park Service, UC Davis and UCLA warn that if nothing is done to improve connectivity for these wide-ranging large carnivores, populations in the Santa Ana and Santa Monica mountains could go extinct within 50 years. And those in the Santa Cruz, San Gabriel and San Bernardino mountains are showing similar patterns.

“We’re grateful to the Department of Fish and Wildlife for their efforts and proud of the commission’s leadership to protect California’s mountain lions,” said Debra Chase, CEO of the Mountain Lion Foundation. “By advancing these mountain lion populations to candidacy, they are helping to ensure that these iconic cats inspire future generations.”

State protections under the Act will help address the many threats these lions face. Local authorities will need to coordinate with state wildlife experts to ensure that approved development projects account for mountain lion connectivity.

State agencies also will have a legal mandate to protect mountain lions. This could include building wildlife crossings over existing freeways; crossings have been shown to help maintain wildlife movement and reduce costly and dangerous wildlife-vehicle collisions. State officials will also need to re-evaluate the use of deadly rat poisons in mountain lion habitat. And the California Department of Fish and Wildlife will be able to develop and implement a mountain lion recovery plan to help facilitate coexistence with mountain lions.

The Mountain Lion Foundation is a national nonprofit organization founded in 1986. For more than 30 years, the foundation has worked with member volunteers and partner organizations to further policies that protect mountain lions and their habitat. For more information, visit mountainlion.org.