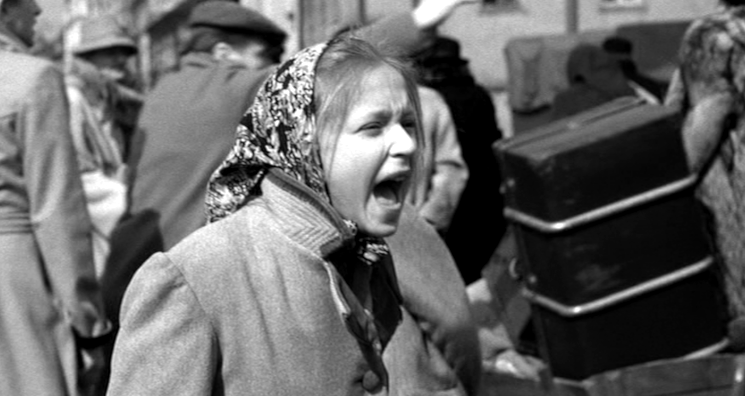 So the War on Populism is finally over. Go ahead, take a wild guess who won.

I’ll give you a hint. It wasn’t the Russians, or the white supremacists, or the gilets jaunes, or Jeremy Corbyn’s Nazi Death Cult, or the misogynist Bernie Bros, or the MAGA-hat terrorists, or any of the other real or fictional “populist” forces that global capitalism has been waging war on for the last four years.

That’s right, folks, once again, global capitalism (a/k/a “the world”) is under attack by an evil enemy. GloboCap just can’t catch a break. From the moment it defeated communism and became a global ideological hegemon, it has been one evil enemy after another.

No sooner had it celebrated winning the Cold War and started ruthlessly restructuring and privatizing everything than it was savagely attacked by “Islamic terrorists,” and so was forced to invade Iraq and Afghanistan, and kill and torture a lot of people, and destabilize the entire Middle East, and illegally surveil everybody, and … well, you remember the War on Terror.

Then, just as the War on Terror seemed to be finally winding down, and the only terrorists left were the “self-radicalized” terrorists (many of whom weren’t even actual terrorists), and it looked like GloboCap was finally going to be able to finish privatizing and debt-enslaving everything and everyone in peace, wouldn’t you know it, we were attacked again, this time by the global conspiracy of Russian-backed, neo-fascist “populists” that caused the Brexit and elected Trump, and tried to elect Corbyn and Bernie Sanders, and loosed the gilets jaunes on France, and who’ve been threatening the “fabric of Western democracy” with dissension-sowing Facebook memes.

Unfortunately, unlike the War on Terror, the War on Populism didn’t go that well. After four years of fighting, GloboCap (a/k/a the neoliberal Resistance) had … OK, they had snuffed both Corbyn and Sanders, but they had totally blown the Russiagate psyop, and so were looking at four more years of Trump, and Lord knows how many of Johnson in the U.K. (which had actually left the European Union), and the gilets jaunes weren’t going away, and, basically, “populism” was still on the rise (if not in reality, in hearts and minds).

The character of this brave new normal is, at this point, unmistakably clear … so clear that most people cannot see it, because their minds are not prepared to accept it, so they do not recognize it, though they are looking right at it. Like Dolores in the Westworld series, “it doesn’t look like anything” to them. To the rest of us, it looks rather totalitarian.

In the span of approximately 100 days, the entire global capitalist empire has been transformed into a de facto police state. Constitutional rights have been suspended. Most of us are under house arrest. Police are rounding up anyone not cooperating with the new emergency measures. They are pulling riders off of public transportation, arresting people whose papers aren’t in order, harrassing, beating, intimidating, and arbitrarily detaining anyone they decide is “a danger to public health.”

Authorities are openly threatening to forcibly pull people out of their homes and quarantine them. Cops are hunting down runaway grandmothers. They’re raiding services in churches and synagogues. Citizens are being forced to wear ankle monitors. Families out for a walk are being menaced by robots and Orwellian drones.

Counterterrorism troops have been deployed to deal with non-compliant “rule breakers.” Anyone the U.S. authorities deem to have “intentionally spread the coronavirus” can be arrested and charged as a coronavirus terrorist. Artificial intelligence firms are working with governments to implement systems to log and track our contacts and movements. As a recent Foreign Policy article put it:

“The counterterrorism analogy is useful because it shows the direction of travel of pandemic policy. Imagine a new coronavirus patient is detected. Once he or she tests positive, the government could use cell-phone data to trace everyone he or she has been in close proximity to, perhaps focusing on those people who were in contact for more than a few minutes. Your cell-phone signal could then be used to enforce quarantine decisions. Leave your apartment and the authorities will know. Leave your phone behind and they will call you. Run the battery down and a police car will be at your door in a manner of minutes …”

I could go on, but I think you get the picture, or … well, you either do or you don’t.

And that is the really terrifying part of the War on Death and our “brave new normal” … not so much the totalitarianism. (Anyone who’s been paying attention is not terribly shocked by GloboCap’s decision to implement a global police state. The simulation of democracy is all fine and good, until the unwashed masses start to get unruly, and require a reminder of who’s in charge, which is what we are being treated to currently.)

No, the terrifying part is how millions of people immediately switched off their critical faculties, got into line, and started goose-stepping, and parroting hysterical propaganda, and reporting their neighbors to the police for going outside for a walk or jog (and then sadistically shrieked abuse down at them like the Goodbye Jews Girl in Schindler’s List as they were wrestled to the ground and arrested).

They are out there, right now, on the Internet, millions of these well-meaning fascists, patrolling for signs of the slightest deviation from the official coronavirus narrative, bombarding everyone with meaningless graphs, decontextualized death statistics, X-rays of fibrotic lungs, photos of refrigerated morgue trucks, mass graves, and other sensationalistic horrors intended to short-circuit critical thinking and shut down any and all forms of dissent.

Although undeniably cowardly and sickening, this kind of behavior is also not shocking. Sadly, when you terrorize people enough, the majority will regress to their animal instincts. It isn’t a question of ethics, or politics. It is purely a question of self-preservation. When you cancel the normal structure of society and place everyone in a “state of emergency” … well, it’s like what happens in a troop of chimpanzees when the alpha chimp dies or is killed by a challenger. The other chimps run around hooting and grimacing until it’s clear who the new dominant primate is, then they bend over to demonstrate their submission.

Totalitarians understand this. Sadists and cult leaders understand this. When the people you are dominating get unruly, and start questioning your right to dominate them, you need to fabricate a “state of emergency” and make everyone feel very afraid, so that they turn (or return) to you for protection from whatever evil enemy is out there, threatening the cult, or the Fatherland, or whatever. Then, once they’ve returned to the fold, and stopped questioning your right to dominate them, you can introduce a new set of rules that everybody needs to follow to prevent this kind of thing happening again.

Lucky for you, I have a theory.

No, it doesn’t involve Bill Gates, Jared Kushner, the WHO, and a global conspiracy of Chinese Jews defiling our precious bodily fluids with their satanic-alien 5G technology. It’s a little less exciting and more abstract than that (although some of those characters are probably part of it … all right, probably not the Chinese Jews, or the Satanic-Alien Illuminati).

See, I try to focus more on systems (like global capitalism) than on individuals. And on models of power rather than the specific people in power at any given time. Looking at things that way, this global lockdown and our brave new normal makes perfect sense. Stay with me now … this gets kind of heady.

As there is no longer any outside (and thus no external ideological adversary), the global-hegemonic system dispenses with ideology entirely. Its ideology becomes “normality.” Any challenge to “normality” is henceforth regarded as an “abnormality,” a “deviation from the norm,” and automatically delegitimized. The system does not need to argue with deviations and abnormalities (as it was forced to argue with opposing ideologies in order to legitimize itself). It simply needs to eliminate them. Opposing ideologies become pathologies … existential threats to the health of the system.

Is this model starting to sound familiar?

I hope so, because that is what is happening right now. The system (i.e., global capitalism, not a bunch of guys in a room hatching a scheme to sell vaccines) is reacting to the last four years of populist revolt in a predictable manner. GloboCap is attacking the virus that has been attacking its hegemonic body. No, not the coronavirus. A much more destructive and multiplicitous virus … resistance to the hegemony of global capitalism and its post-ideological ideology.

If it isn’t already clear to you yet that this coronavirus in no way warrants the totalitarian emergency measures that have been imposed on most of humanity, it will be become clear in the months ahead. Despite the best efforts of the “health authorities” to count virtually anything as “a Covid-19 death,” the numbers are going to tell the tale. The “experts” are already memory-holing, or recalibrating, or contextualizing, their initial apocalyptic projections. The media are toning down the hysteria. The show isn’t totally over yet, but you can feel it gradually coming to an end.

In any event, whenever it happens, days, weeks, or months from now, GloboCap will dial down the totalitarianism, and let us out, so we can go back to work in whatever remains of the global economy … and won’t we all be so very grateful! There will be massive celebrations in the streets, Italian tenors singing on balconies, chorus lines of dancing nurses! The gilets jaunes will call it quits, the Putin-Nazis will stop with the memes, and Americans will elect Joe Biden president!

Or, all right, maybe not that last part, but, the point is, it will be a brave new normal! People will forget all that populism nonsense, and just be grateful for whatever McJobs they can get to be able to pay the interest on their debts, because, hey … global capitalism isn’t so bad compared to living under house arrest!

And, if not, no problem for GloboCap. They’ll just have to lock us down again, and keep locking us down, over and over, indefinitely, until we get our minds right. I mean, it’s not like we’re going to do anything about it … right? Didn’t we just demonstrate that? Sure, we’ll bitch and moan again, but then they’ll whip out those pictures of mass graves and death trucks, and the graphs, and all those scary projections, and the Blockwart-hotlines will start ringing again, and …

CJ Hopkins
April 13, 2020
Photo: Schindler’s List – Amblin Entertainment
https://consentfactory.org/2020/04/13/brav...
Add Your Comments
Support Independent Media
We are 100% volunteer and depend on your participation to sustain our efforts!