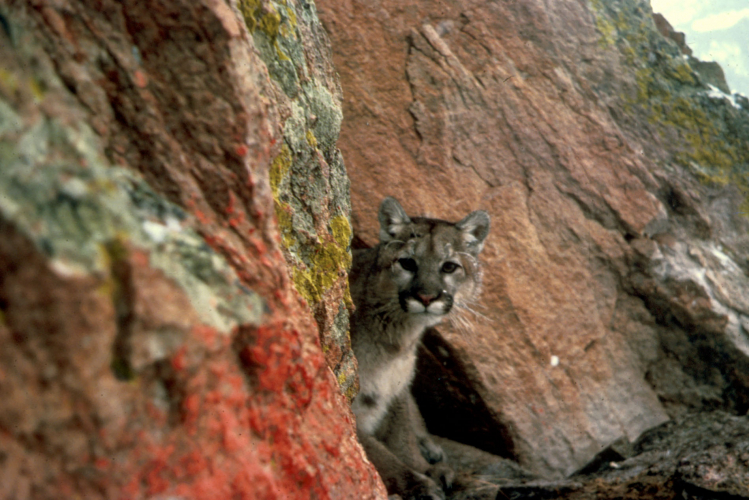 original image (1897x1266)
"We’re glad to see commissioners taking up the urgent issue of safeguards for California’s iconic mountain lions,” said Tiffany Yap, a biologist at the Center and primary author of the petition. “Key populations of these magnificent animals are in serious danger, and they need protection under our Endangered Species Act.”

Genetic isolation due to roads and development threatens the health of the six puma populations included in the petition. Despite a sport-hunting ban, some California populations have low survival rates due to high levels of human-caused mortalities. Major threats include car strikes, poisonings and sanctioned depredation kills.

The Center and Mountain Lion Foundation submitted the petition in June 2019. In February 2020 state officials recommended the petition move forward. On April 10, 89 organizations, including leading conservation and animal-protection groups, submitted a joint letter in support of the petition, and thousands of Californians have sent emails to the commission.

A favorable vote would trigger a year-long review to determine if these populations should be formally protected under the Act. The Act’s protections apply during the candidacy period.

Such protections would help address the many threats these lions face. Local authorities would need to coordinate with state wildlife experts to ensure that approved development projects account for mountain lion connectivity. State agencies also would have a legal mandate to protect mountain lions. This could include building wildlife crossings over existing freeways.


What: California Fish and Game Commission vote on whether to grant Southern California and Central Coast mountain lion populations candidacy status under the Act.

When: Thursday, April 16, at 9 a.m. The mountain lion vote is the final item on the agenda [https://nrm.dfg.ca.gov/FileHandler.ashx?DocumentID=177983&inline], so it may not occur until the afternoon.

Where: Webinar and teleconference details are forthcoming.

Who: Tiffany Yap, Ph.D, a scientist in the Center’s Oakland office, and J.P. Rose, an attorney in the Center’s Los Angeles office, are available via video or telephone for media interviews after the vote. 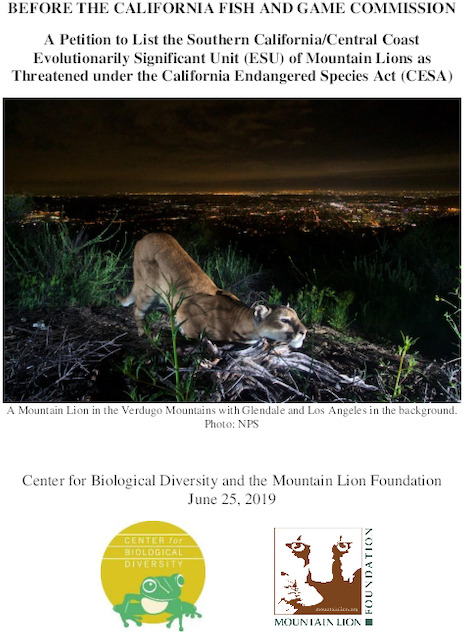 Download PDF (3.2MB)
https://www.biologicaldiversity.org/
Add Your Comments
Support Independent Media
We are 100% volunteer and depend on your participation to sustain our efforts!