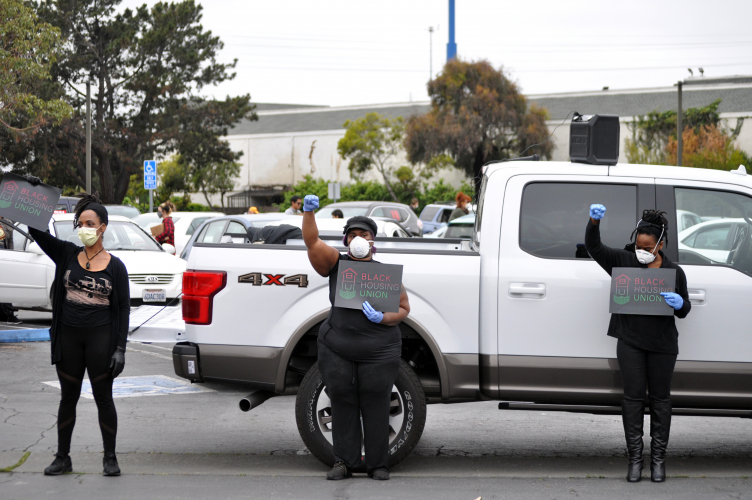 original image (3216x2136)
On the morning of Saturday, Apr. 11 around 10 a.m., 85th Avenue next to the DMV office at the Oakland Coliseum was lined with cars on both sides of the street. More cars poured into the DMV parking lot to wait for further instruction from the Oakland Black Housing Union (BHU). It’s Day 27 of shelter-in-place in Alameda County, and it was clear the patience of many community members had worn too thin.

The goal is to save as many unsheltered people from exposure to the novel coronavirus, COVID-19, as possible. But how are housing and homeless advocacy groups achieving that during a global pandemic? Especially after the county extended the stay at home order by another month? Given the emergency, BHU decided to try something new. Organizers are calling the series of protest actions, which kicked off on Saturday, a “mobile-march sound action.”

“We’re protesting the lack of urgency and response to COVID-19 in our homeless population here in Oakland,” said Dominique Walker, co-founder of Moms4Housing and organizer with ACCE (Alliance of Californians for Community Empowerment). “We have to fight back and save our people because we know that Black folks are dying at a higher rate and we want to protest that.”

“If there’s no urgency during this demonstration, we will continue this until our folks are off the streets and there’s some kind of shelter,” said Walker. “How are they supposed to shelter-in-place with no shelter?”

The Oakland Black Housing Union was formed by ACCE Director Carroll Fife and Vanessa Bulnes in 2018 as an internal committee within ACCE, an Oakland-based nonprofit. Bulnes and Fife saw the need in organizing more Black folks to focus on housing and homelessness. The group is now working to change the entire structure and system of housing in not only Oakland, but the state and nation. BHU’s demands strictly point out the racist biases behind housing policies.

Though BHU organized the event solely, other local groups like Moms4Housing, Love and Justice in the Streets showed up in support. Community Ready Corps provided vehicle signs, masks and gloves for participants.

“We need to make this massive,” said Fife. “We need to pull in a lot of different organizations and individuals who could push for everyone to have access to safe housing.”

The caravan of 100 cars circled around the block three times before arriving back to the DMV parking lot. Several speeches were made by community leaders including Black Panther Party Cubs member Tur-ha Ak who asked everyone to pause and reflect. “The real pandemic is predatory capitalism and predatory economics,” said Tur-ha Ak. “What we won’t do is panic, we will organize. Our saving grace is organizing.” The chant of the day was birthed from the movement: “Housing is a human right, fight fight fight!” Those in their cars joined in using their horns to honk on every beat.

In April, the Homeless Youth Alliance polled 50 unsheltered individuals in San Francisco. The Alliance asked individuals to rank their preferred shelter (out of hotel rooms, legal campsites, emergency shelters, or staying at their current encampments). 41 out of 50 ranked hotel rooms as their first choice.

A story was shared about a local unsheltered individual named Pocahontas, who gave the organizers permission to share her story. Pocahontas, a disabled senior, was one of the individuals who was relocated to the Comfort Inn. “It was one of the first times she felt overwhelming community support,” said Fife. “We want all unsheltered folks to feel that way, and then we want to actually have material change.”

The next Black Housing Steering Committee meeting will focus on what escalation will look like. During the first mobile demonstration, the group chose to be vocal around the hotels. “Now we have to move the legislators, who are finger pointing, about why this is taking so long,” said Fife. “We are going to have to put more pressure or take matters into our own hands in order to get folks off the streets.”

If you have questions or need more info, you can reach the Black Housing Union at OaklandBHU [at] gmail.com. 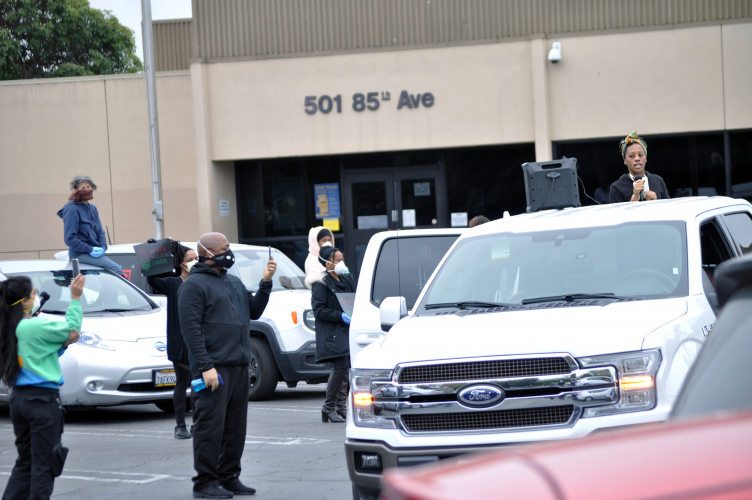 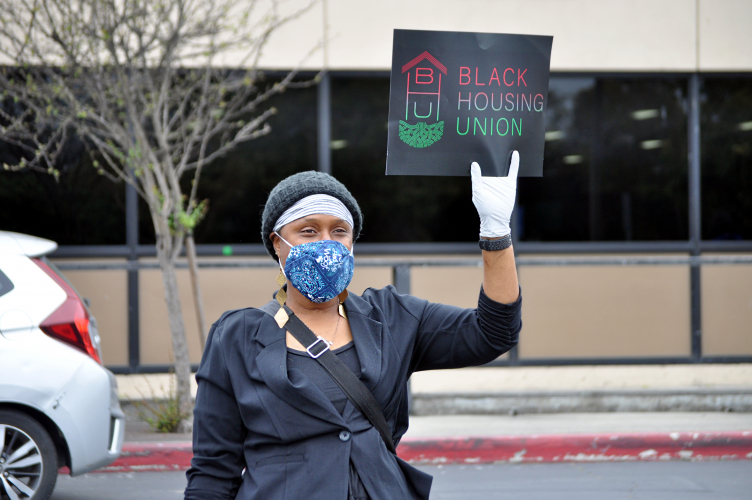 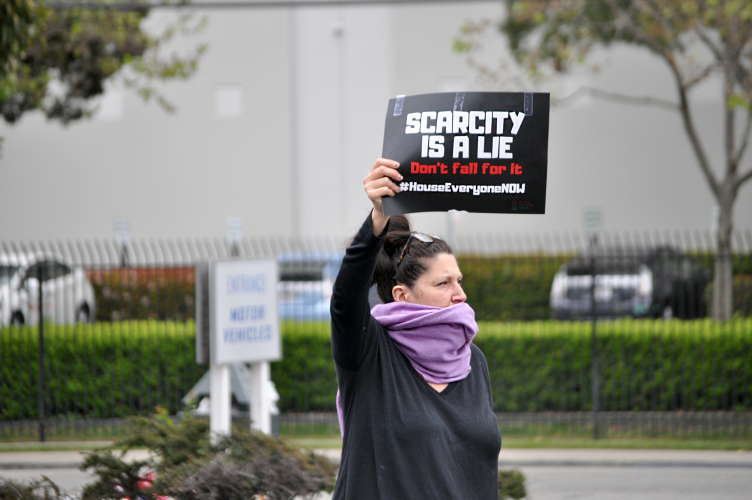 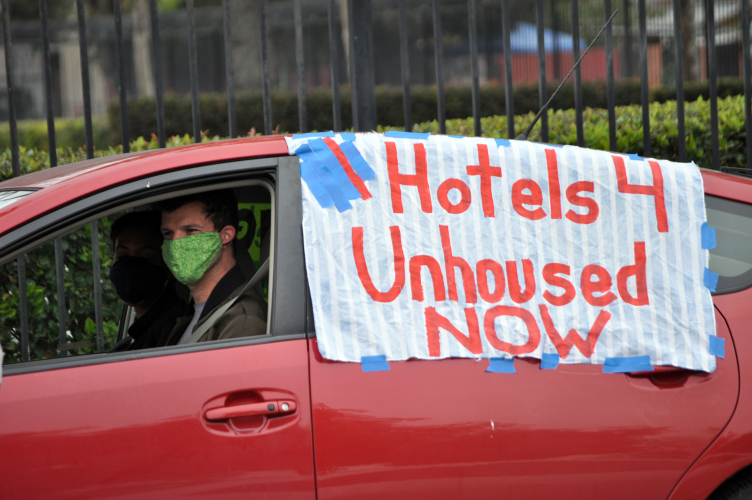 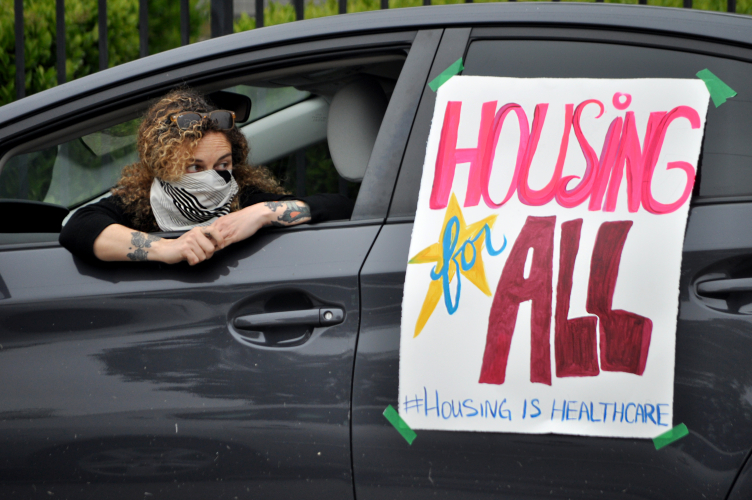 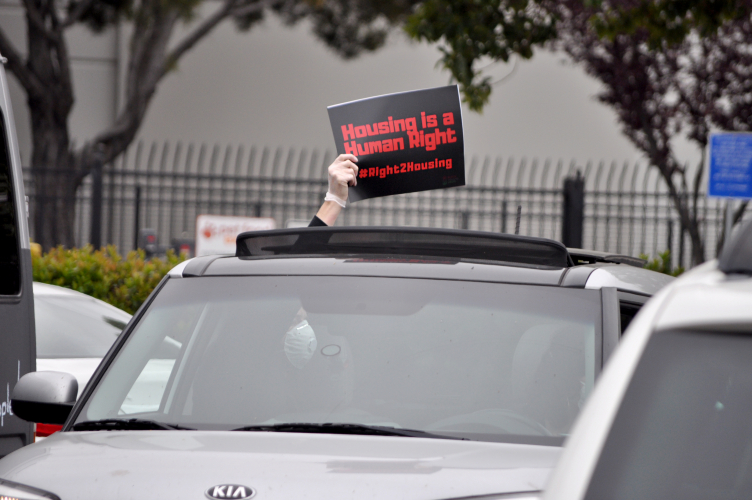 original image (3216x2136)
Add Your Comments
Support Independent Media
We are 100% volunteer and depend on your participation to sustain our efforts!