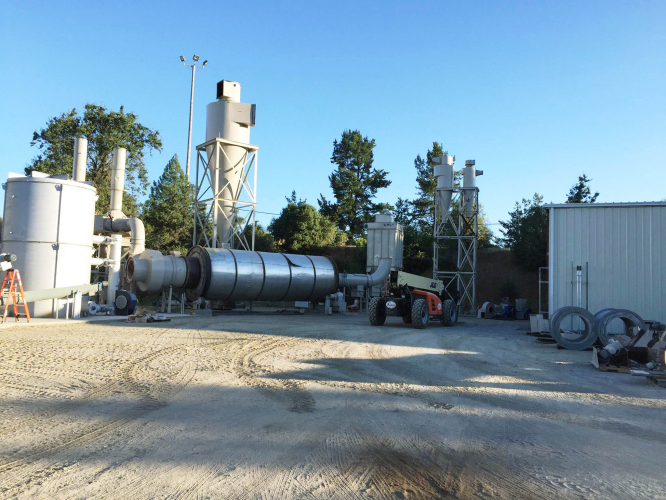 On April 3, community activists from Mendocino County were interviewed on KPFA’s Terra Verde radio program. Host Gary Hughes spoke with Polly Girvin and Maria Gilardin about the threats posed by a wood pellet processing facility in Calpella, which is located on the Russian River six miles north of Ukiah.

Polly and Maria are members of Social, Environmental and Indigenous Justice (SEIJ), an affinity group waging a campaign to protect rural and indigenous communities from pollution emitted by Mendocino Forest Products (MFP) and their wood pellet fuel plant. According to the MFP website, “CalPellets™ fuel pellet products are produced out of a fir-redwood blend.”

While speaking on the Terra Verde program, Polly Girvin described some of the many concerns community members have with the Calpella Distribution Center operated by Mendocino Forest Products:

“I live on the Coyote Valley Reservation and take a road down to the freeway. And at first there was a little pipe belching up some smoke sometimes. A little bit of wood chips underneath this tented area, and it went on like that for a while.

“Then all the sudden there was this exponential boom. There were mountains of plastic bags filled with wood pellets. It was going night and day this smokestack, belching out huge clouds. One time I noticed it was very rancid and it stank, and it was going down the valley towards Ukiah.

“Going south from the plant are two schools, a residential neighborhood of low to moderate income mostly Hispanic people, one block away a tribal health clinic that services ten tribes, and a little bit up the road is the Coyote Valley Reservation.”

For more information on the global impacts of the wood pellet industry, check out the documents at the end of this article:

For more information from SEIJ on the MFP Calpella facility, see their press release posted below:

For immediate and continuous release

Re: Urgent need for public to be informed by the County and the Air Quality Management District as to the ongoing and uncorrected hazardous pollution being emitted from the Mendocino Forest Product’s Wood Pellet Production Plant in Calpella, CA located close to two elementary schools and Indian Health clinic and the Coyote Valley reservation.

From the press release accompanying the opening of the Mendocino Forest Product’s (MFP) wood pellet production plant in Calpella the company owners stated:

In the past year huge piles of small logs at the Mendocino Redwood Company’s log deck on North State Street [in Ukiah] were chipped into sawdust and transported for use at the Mendocino Forest Product’s wood pellet production plant [in Calpella] and a huge plume of smoke has been emitted from the plant on nearly a daily basis. Since this plant is close to an elementary school and a health clinic to which tribal members from 10 tribes with compromised health issues attend, it is urgent for the public to pursue inquiries with the Air Quality Management District regarding the pollutant levels being emitted from the plant.

Polly Girvin, a SEIJ member, has spoken with the Director of the Air Quality Management District on the phone and at one office visit and found that:

• The first violation of the permit was not found to be sufficiently corrected after the installation of a hammermill.

• A second violation occurred and as a mitigation measure MRC was made to install “monitoring technology” by the elementary school. Not sure if this monitoring device is by the Calpella Elementary School or the Waldorf School.

• At one point the uncorrected pollution levels were so grave that the plant had to reduce its production rate in order to comply with Particulate Matter emission rate limits specified in the permit issued for the plant by the Air Quality Management District.

• A third violation occurred recently and the report regarding this violation was “under review” when Ms. Girvin spoke with the Air Quality Management District Director.

The Air Quality Management District Director informed Ms. Girvin that to address the third permit violation MFP is now being required to install software technology in an attempt to make more uniform the size of pellets being burned. Non uniformity of particulate matter increases pollution emission.

Research results pertaining to the toxicity of wood pellet plant emission are as follows:

When wood pellets are first processed or chipped in mills, they release heavy amounts of carbon dioxide and harmful pollutants.

The processing and burning of wood pellets creates Volatile Compounds (VOC’s), particulate matter (PM), nitrogen oxide (NO) and carbon monoxide, all of which are detrimental to health.

Risk from air-borne pollutants which can cause or worsen cardiovascular and respiratory issues and cancers. Long term exposure to many of these pollutants, especially acetaldehyde and methanol, can also cause chronic symptoms and harm early childhood development.

Multiple lines of evidence suggest that short-term exposure to elevated levels of biomass combustion products could increase the risk of respiratory health issues. PM2.5 consists of airborne particles less than 2.5 micrometers which can pass deep into a person’s lungs and even into the bloodstream, causing heart attacks, decreased lung function, worsening asthma symptoms, and premature death. Many wood pellet mills frequently emit 60 to 80 tons per year of PM2.5 even after installing controls.

Breathing ozone created by wood pellet facilities “can trigger a variety of health problems, particularly to children, the elderly and people of all ages who have lung diseases such as asthma”.

SEIJ urges the Mendocino County Community and the recently appointed Mendocino County Climate Change Advisory Council to join us in investigating Mendocino Forest Product’s wood pellet plant’s particulate matter pollution levels that have to date found to be outside of the boundaries set forth in the permit issued for the facility. Of further concern, Supervisor McGowan in referencing the permit issued for the company indicated the plant is in an area zoned as industrial. This zoning designation should not allow for higher levels of pollution to be emitted from the plant given the proximity of two schools, an Indian Health Clinic and a Tribe.

Scientific research papers can be referenced for a more detailed discussion of the harmful health and environmental impacts of pollution emitted from wood pellet production plants.

§KPFA: Mendocino Community Organizes to Protect Public Health from Wood Pellet Plant
by Bradley Allen
Thursday Apr 9th, 2020 7:31 PM
Listen now:
Copy the code below to embed this audio into a web page:
Download Audio (34.3MB) | Embed Audio
Terra Verde delivers news and views about the most critical environmental issues across California and globally. From agriculture and wildlife to energy and climate change, industrial pollution to design solutions, Terra Verde brings you stories of struggle and triumph that will determine the future of our planet.
§CalPellets™ by Mendocino Forest Products
by Bradley Allen
Thursday Apr 9th, 2020 7:31 PM 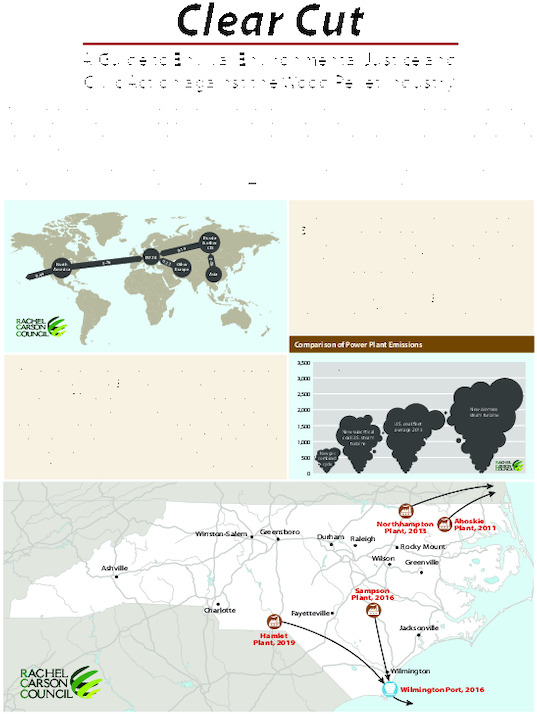 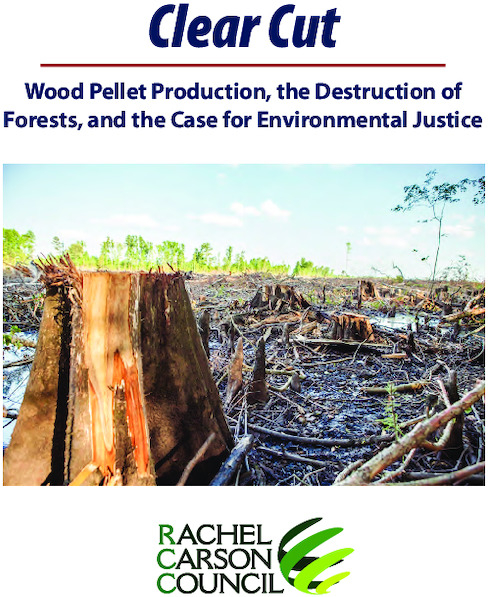 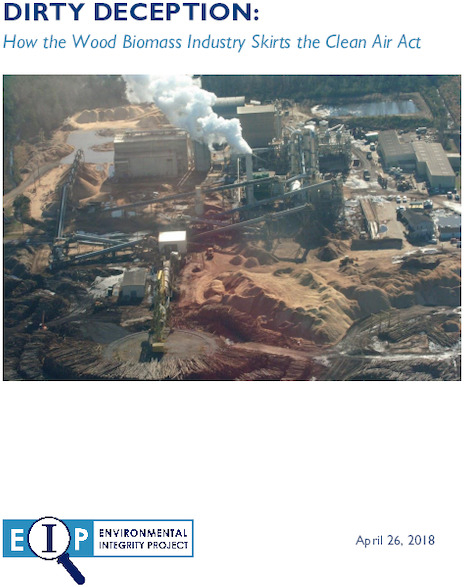 Download PDF (710.1KB)
Add Your Comments
LATEST COMMENTS ABOUT THIS ARTICLE
Listed below are the latest comments about this post.
These comments are submitted anonymously by website visitors.