Add an Event
Newswire
Calendar
Features
Home
Donate
From the Open-Publishing Calendar
From the Open-Publishing Newswire
Indybay Feature
Related Categories: San Francisco | Health, Housing & Public Services | Labor & Workers
Evacuate the Grand Princess Crew Now! Protest in SF to Free the Seafarers on a Petri Dish
by WorkWeek
Tuesday Apr 7th, 2020 9:51 PM
A solidarity protest was held at Pier 35 in San Francisco demanding that the more than 600 crew members of the Grand Princess be fully tested and be allowed to evacuate the contaminated ship. Instead the Princess Lines, Coast Guard and California governor Gavin Newsom refused to allow them to evacuate the contaminated ship.

A rally and solidarity action was held at Pier 35 in San Francisco to demand the full testing of the crew of the Grand Princess and for the complete evacuation of the crew either for repatriation or for temporary residency in the US.

The over 650 crew members of the Grand Princess continue to be held prisoners on the contaminated cruise ship. Despite the death of one of the crewman 2nd Electronic Officer Restituto “Jun” Umabi Jr. by Covid-19, the company and the Coast Guard along with Gavin Newsom continue to allow the ship crew to be held at sea as hostages.

Workers and activists spoke about the need for full testing, housing and the evacuation of the crew.

One hundred and twenty one Inidan crew members also made an urgent appeal while the Grand Princess was docked in Oakland on March 14, 2020 begging the Indian Modi government to get them off the ship and repatriate them back to India.
https://www.youtube.com/watch?v=6Uh_4T8RDZ8

While the rally was being held in San Francisco crew members on the ship joined in the international solidarity action.

Pacifica and WorkWeek reporter Steve Zeltzer interviewed some of the participants.
Endorsers of the rally included National Alliance for Filipino Concerns, Migrante Norcal, Gabriela Bay Area and other organizations. 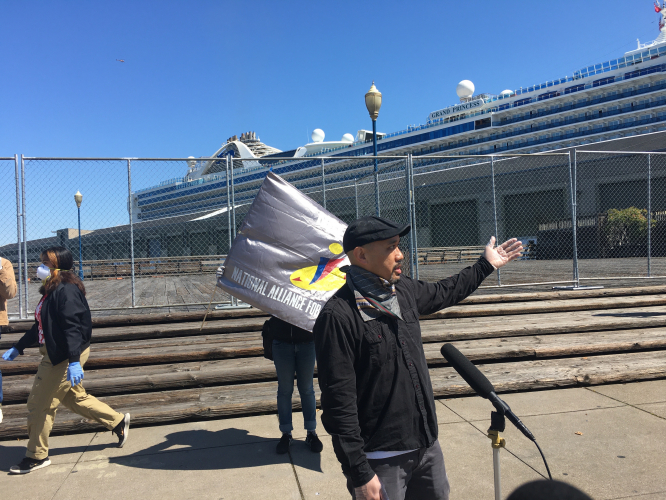 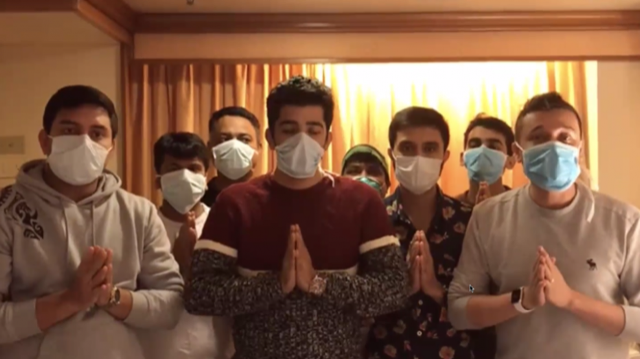 One hundred and twenty one Indian crew members urgently urged the Modi government to all their evacuation and reparation to India. This was denied and they along with other seafarers are imprisoned on the death ship.
https://youtu.be/2BrYDyhjcS8
§Test The Crew For COVID-19
by WorkWeek
Tuesday Apr 7th, 2020 9:51 PM 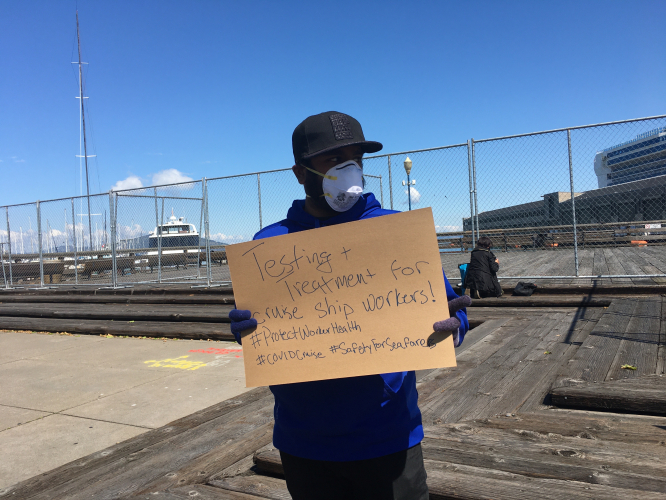 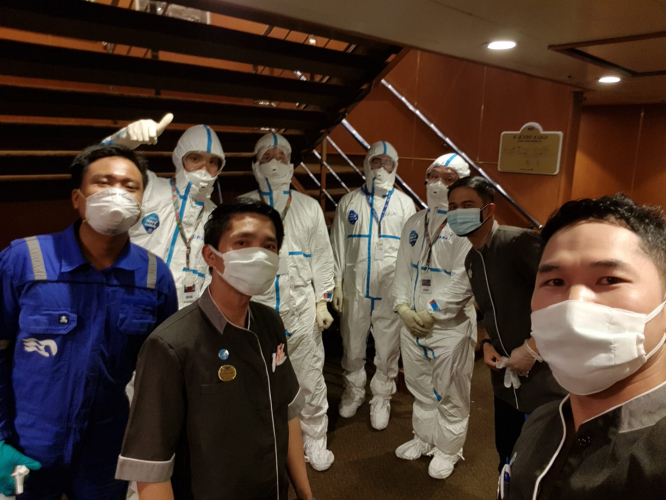 original image (1440x1080)
The government has said that the ship cannot be decontaminated when the crew is still on the ship yet the crew continues to be held on the ship.
https://youtu.be/2BrYDyhjcS8
§Where Is Cal-OSHA
by WorkWeek
Tuesday Apr 7th, 2020 9:51 PM 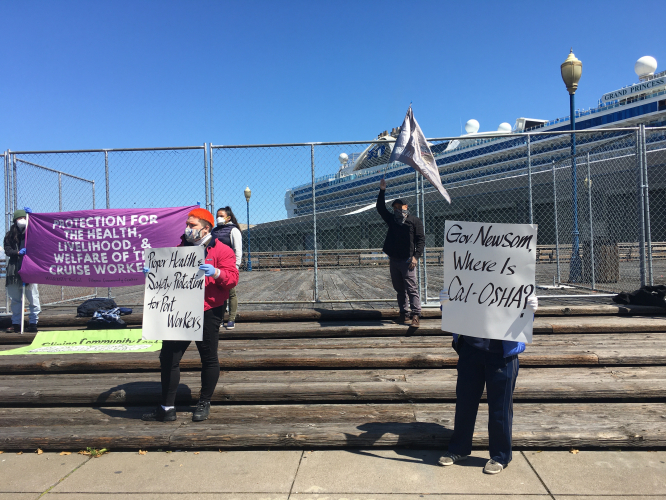 original image (4032x3024)
Cal-OSHA has refused to investigate conditions of these crew members and there are less than 200 inspectors for California's 18 million workers.
https://youtu.be/2BrYDyhjcS8
Add Your Comments
Support Independent Media
We are 100% volunteer and depend on your participation to sustain our efforts!