Add an Event
Newswire
Calendar
Features
Home
Donate
From the Open-Publishing Calendar
From the Open-Publishing Newswire
Indybay Feature
Related Categories: California | San Diego | Health, Housing & Public Services | Immigrant Rights
San Diego "Honk for Justice" Calls for the Release of people in ICE Detention
by repost
Sunday Apr 5th, 2020 4:49 PM
Author Pedro Rios serves as director of the AFSC’s U.S./Mexico Border Program and has been on staff with AFSC since 2003. He is a steering committee member of the Southern Border Communities Coalition, which brings together over 60 organizations along the Southern border working to support migrants and border communities. 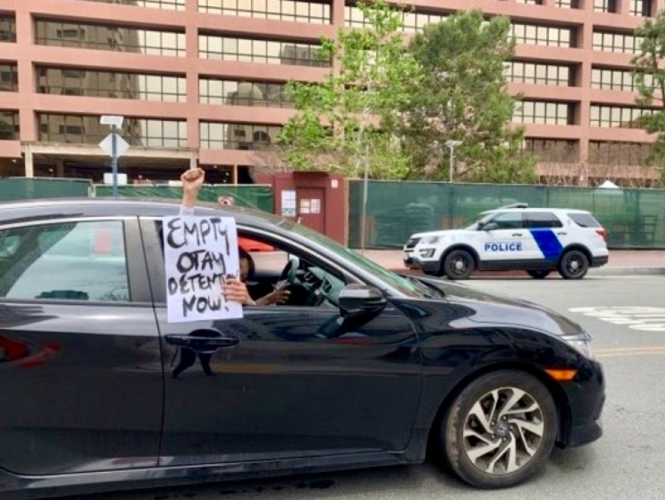 original image (1346x1012)
AFSC took part in the Detention Watch Network’s #FreeThemAll national week of action to demand the liberation of all people in immigration detention.

More than 70 cars joined the caravan, driving through downtown San Diego in the call to free all ICE detainees before COVID-19 turns detention centers into death camps. Many of the participants were family members from Los Angeles, who drove to San Diego in support of their loved ones currently detained at the detention center.

The action was an important way of demonstrating that it is possible to safely hold a nonviolent direct action while raising urgent concerns that an infection at a detention center can result in disastrous consequences for migrants and detention facility workers. 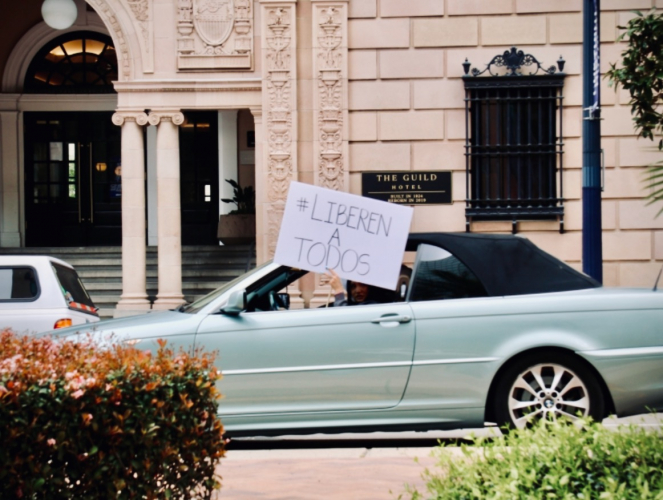 original image (1162x876)
Free Everyone
https://www.afsc.org/blogs/news-and-commen...
Add Your Comments
Support Independent Media
We are 100% volunteer and depend on your participation to sustain our efforts!