Add an Event
Newswire
Calendar
Features
Home
Donate
From the Open-Publishing Calendar
From the Open-Publishing Newswire
Indybay Feature
Related Categories: Central Valley | Environment & Forest Defense | Government & Elections
As Delta smelt nears extinction, CDFW issues incidental take permit for endangered fish
by Dan Bacher
Wednesday Apr 1st, 2020 6:39 PM
The incidental take permit was issued as the Delta smelt, once the most abundant species on the Sacramento-San Joaquin River Delta, continues its steep slide towards extinction. For the second year in a row, the California Department of Fish and Wildlife in its annual fall midwater trawl survey in 2019 found zero Delta smelt during the months of September, October, November and December. 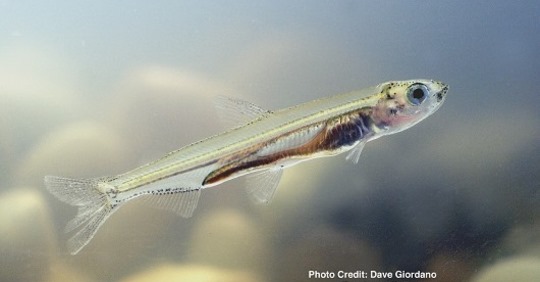 SACRAMENTO - During the midst of the COVID-19 Pandemic, the California Department of Fish and Wildlife (CDFW) on March 31 issued a controversial Incidental Take Permit (ITP) to the Department of Water Resources (DWR) for long-term operations of the State Water Project (SWP).

Ironically, the permit was issued the same day that the Department of Fish and Wildlife, NOAA Fisheries and the Pacific Fishery Management Council (PFMC) decided in a conference call to close the ocean salmon season in California during the month of April, due to concerns over the corona virus epidemic.

The take permit was issued as the Delta smelt, once the most abundant species on the Sacramento-San Joaquin River Delta, continues its steep slide towards extinction. For the second year in a row, the California Department of Fish and Wildlife in its annual fall midwater trawl survey in 2019 found zero Delta smelt during the months of September, October, November and December.

“California’s water operations need to support our communities while protecting our fish and wildlife,” said DWR Director Karla A. Nemeth and CDFW Director Charlton H. Bonham in a joint statement. “This Incidental Take Permit (ITP) enables this balance. Most importantly, it ensures that our state water infrastructure operates in a manner protective of fish species listed under state’s endangered species law. It does so in many ways, including by dedicating water for Delta outflows during drier periods when fish and habitat need it the most.”

“The permit also provides flexibility to capture and store water during wet years for both water supply and the environment. The ITP also better utilizes existing infrastructure to improve habitat conditions; creates a new barrier to minimize entrainment of migrating salmon at SWP pumps; and commits significant new funding to ecosystem improvements and expanded scientific research," they stated.

“It enables adaptive water management based on scientific monitoring while providing final decision-making authority to CDFW on operational changes that protect fish. Together, DWR and CDFW will implement this permit to meet the needs of Californians and our state’s natural environment,” Nemeth and Bonham concluded.

Delta and salmon advocates disagree with Nemeth and Bonham’s claim that the incidental take permit “protects” endangered fish and utilizes the best use of science. In today’s Delta Flows, Barbara Barrigan-Parrilla, Executive Director of Restore the Delta, commented on the permit.

“The incidental take permit for operations of the State Water Project has been completed,” she explained. “This is the permit for ‘take’ or management of fish at the pumps. The legislature has been briefed with a PowerPoint; as of now there is no publication of the document. The PowerPoint indicates new South Delta barriers, gates at Suisun Marsh; and greater water exports during wet periods. That is when we need flushing flows for the elimination of harmful algal blooms and for full estuary health. While we will need to vet the document for details, this does not sound like best use of science.”

“Secretary Crowfoot made it clear there is an effort to reach a settlement with the Trump Administration around the operation of the State and Federal water pumps, which we understand would stop the present lawsuit filed by the state to protect the Delta. Tell him what you think about that,” Barrigan-Parrilla concluded. For more information, go to: https://t.co/ct0m4f7gxn?amp=1

Regina Chichizola, the co-director of Save California Salmon, noted that although the closure of salmon season during April was announced by the state and federal governments today, the Delta Tunnel and new state water project operations are moving forward, including the issuing of the incidental take permit by the CDFW.

“Please email Karla.Nemeth [at] water.ca.gov and ask her to put the tunnel project and new state water operations on hold while we are sheltering in place. We should not have to fight for our lives and our salmon at the same time,” urged Chichizola.

It is no surprise that Governor Newsom received a total of $755,198 in donations from agribusiness in 2018, based on the latest data from http://www.followthemoney.org. That figure includes $116,800 from Beverly Hills agribusiness tycoons Stewart and Lynda Resnick, the largest orchard fruit growers in the world and the sponsors of the Coalition for a Sustainable Delta.

By backing the Delta Tunnel, promoting the agribusiness-sponsored voluntary water agreements, vetoing SB 1, overseeing the issuing of a new draft EIR that increases water exports for the state and federal projects rather than reducing them, and releasing a controversial water portfolio that includes fast tracking the Sites Reservoir, could it be that Newsom is bending to the will of his agribusiness donors?

As I receive more comments from fishermen, Tribal leaders, conservationists, Delta residents and environmental justice advocates on the issuing of the permit, I will post them here.

“Under the California Endangered Species Act, DWR is required to obtain an ITP to minimize, avoid and fully mitigate impacts to threatened or endangered species as a result of State Water Project operations.

In past years, DWR obtained coverage for SWP operations under CESA by securing a consistency determination from DFW based on federal biological opinions issued by federal regulatory agencies. In 2018, as federal agencies were working to update biological opinions, President Trump issued a Presidential Memorandum to greatly accelerate their completion.

In February 2019, state agencies announced they would for the first time pursue a separate state permit to ensure SWP’s compliance with CESA. Pursuing a separate permit enables the state to avoid relying on federal permits and provides the opportunity to utilize transparent, science-based guidelines to establish rules to protect endangered fish.

In November 2019, DWR issued a draft document prepared under the California Environmental Quality Act (CEQA) that identified potential operational changes to protect species and manage the SWP based on real-time conditions in the Delta ecosystem, including additional flows dedicated to the environment. After a public comment period, DWR developed and submitted an application for an ITP to DFW in December 2019.

DWR certified its final environmental document on March 27, and DFW issued the ITP on March 31.”
Add Your Comments
Support Independent Media
We are 100% volunteer and depend on your participation to sustain our efforts!