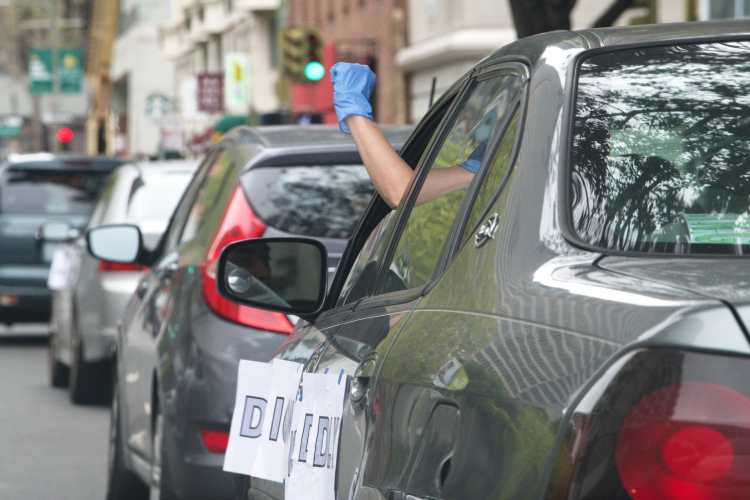 On March 31, approximately 75 people in about 50 cars in San Francisco rallied to demand that Governor Gavin Newsom release the approximately 6,000 immigrants held in ICE detention centers in California. They are without adequate health and sanitation measures to prevent the spread of COVID-19. These detention centers could turn into death camps.

A broad coalition of groups, including Democratic Socialists of America, Indivisible, By Any Means Necessary, Refuse Facism, and the Raging Grannies Action League, supported this car rally to pressure public officials to protect immigrants from the COVID-19 virus by freeing them. Never Again Action deftly pulled the action together with precision.

Under extensive Shelter in Place orders, the State has severely restricted the right of people to assemble. A car rally is one creative protest method allowable under present conditions.

The group met at a parking lot at Broadway and the Embarcadero. After a brief program listing the group’s demands and explaining the logistics of the car rally, the first for almost every participant, the caravan moved slowly and noisily through the streets of San Francisco.

It circled the ICE office on Sansome Street, stopped for about 15 minutes outside Nancy Pelosi’s office at the Federal Building on 7th Street, and finished by surrounding City Hall with vehicles plastered with flags, banners and creative, homemade signs. For the most part, the SFPD left the group alone, except for blocking the planned route at 7th and Market Streets after the visit to the Federal Building. The savvy protesters quickly adjusted their tactics to continue to City Hall.

The San Francisco streets were largely empty except for “essential” workers and people with no place to shelter; that is, hundreds to thousands of poor and homeless people. It was distressing to see clusters of workers repairing streets without masks.

Hopefully, this car rally will be the first of many physical, in person protests in San Francisco during what looks to be a long period of virtual house arrest throughout California and the United States.
§Sign in Car Window
by Protest News
Tuesday Mar 31st, 2020 8:54 PM 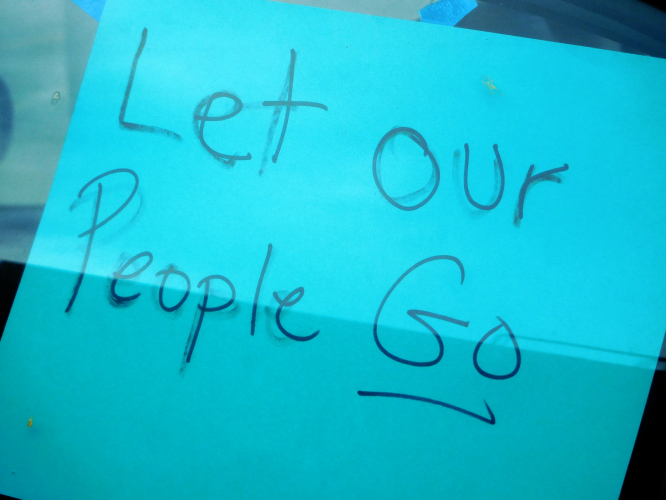 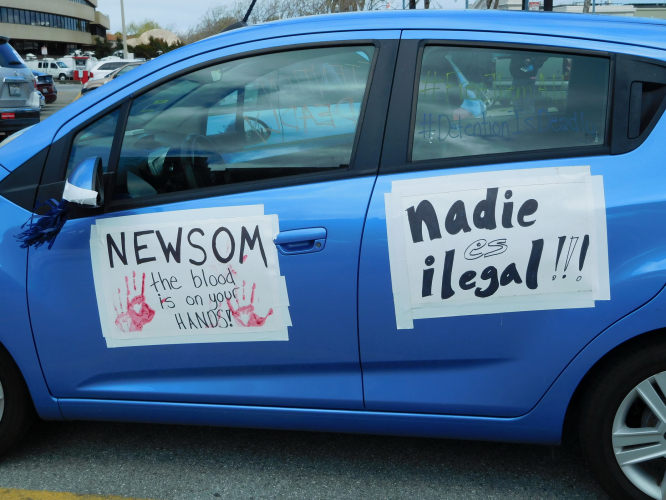 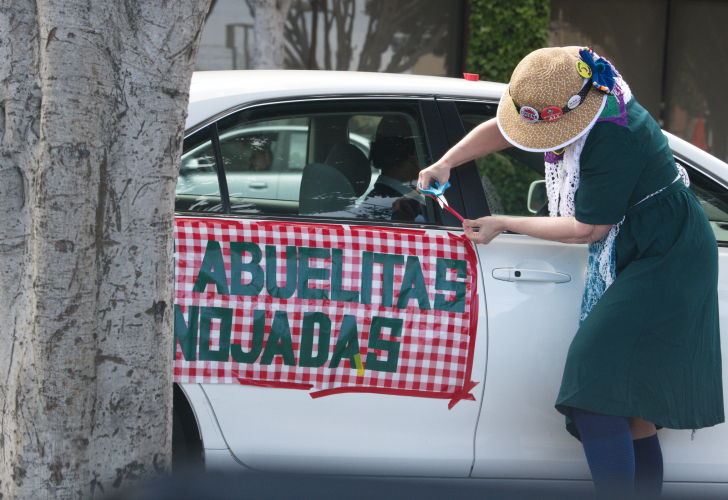 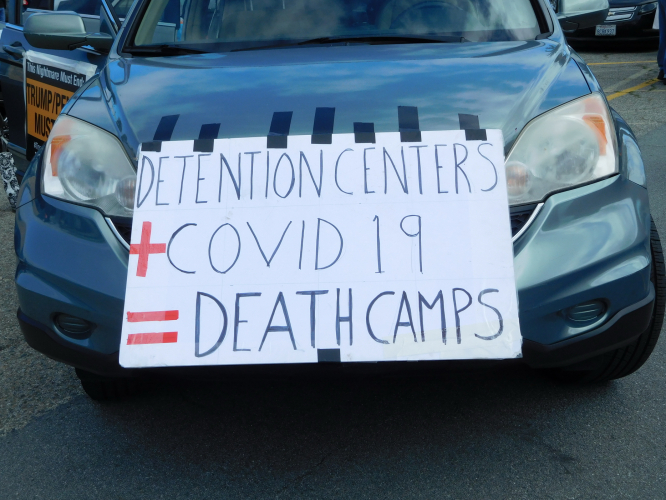 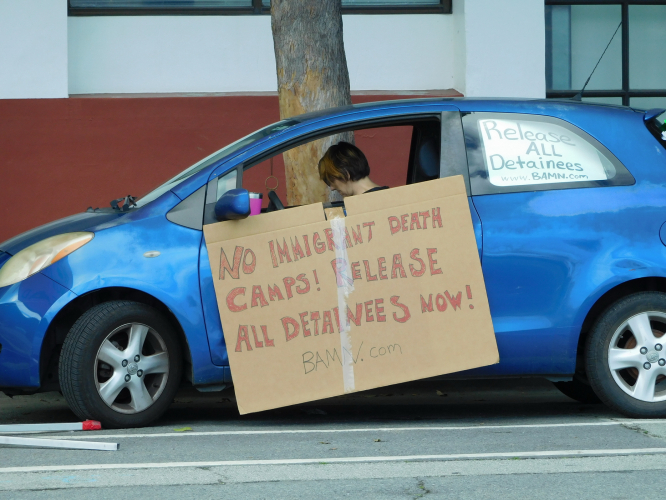 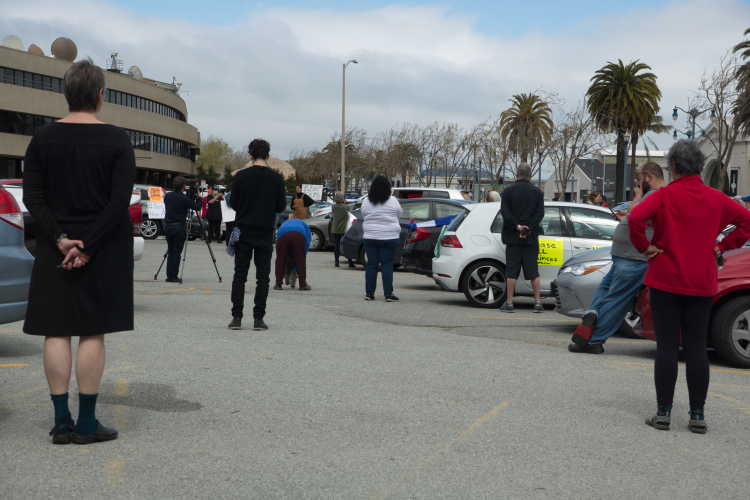 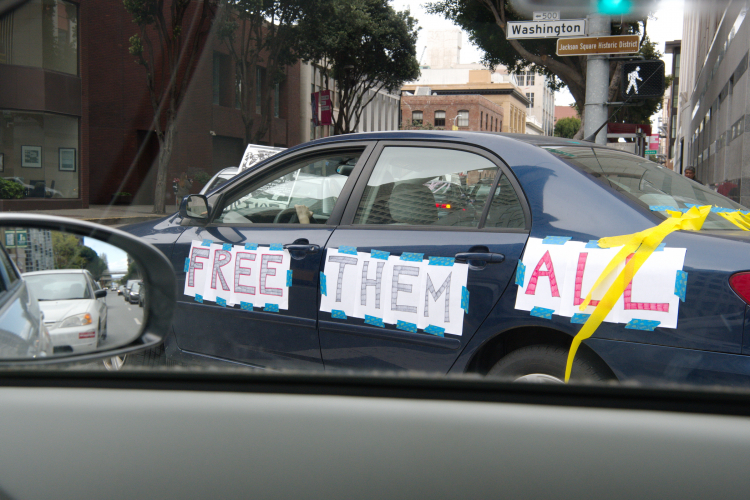 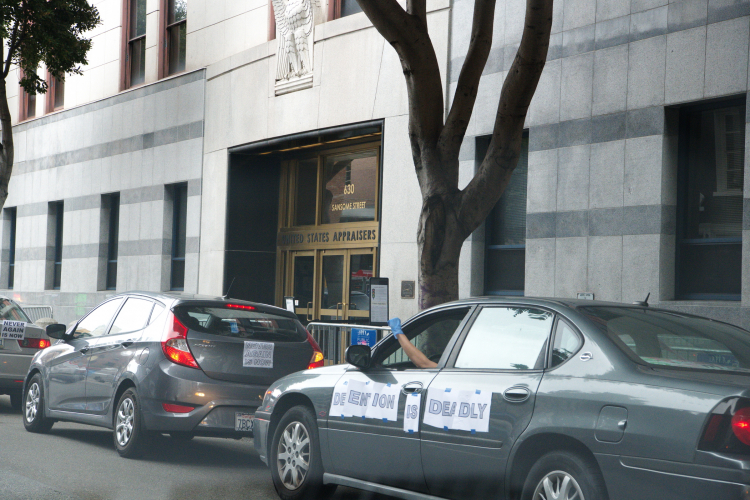 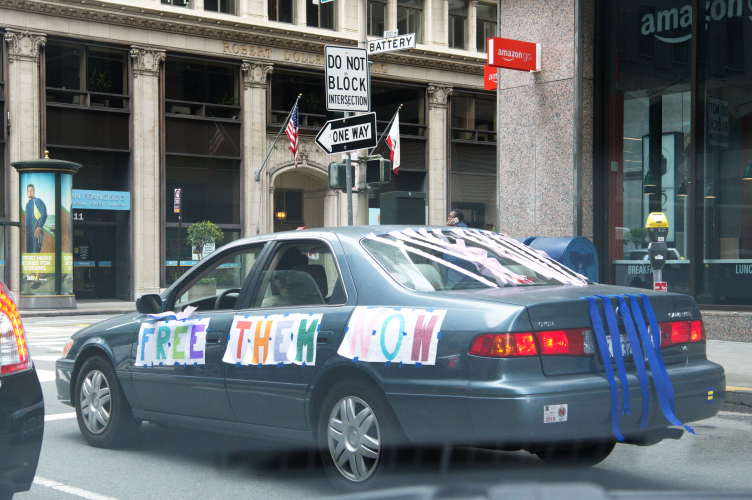 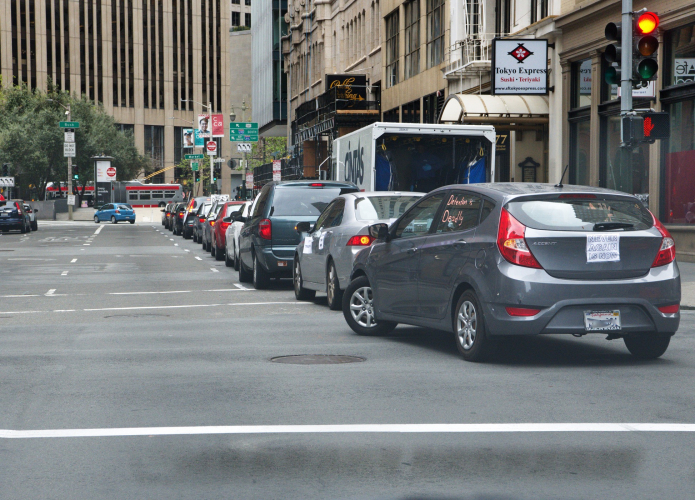 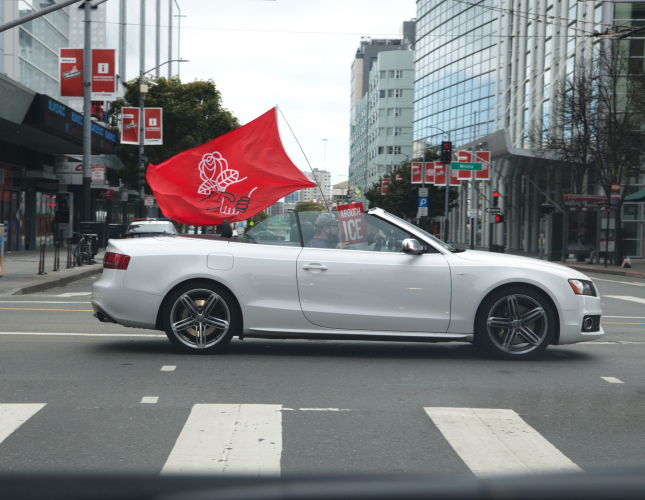 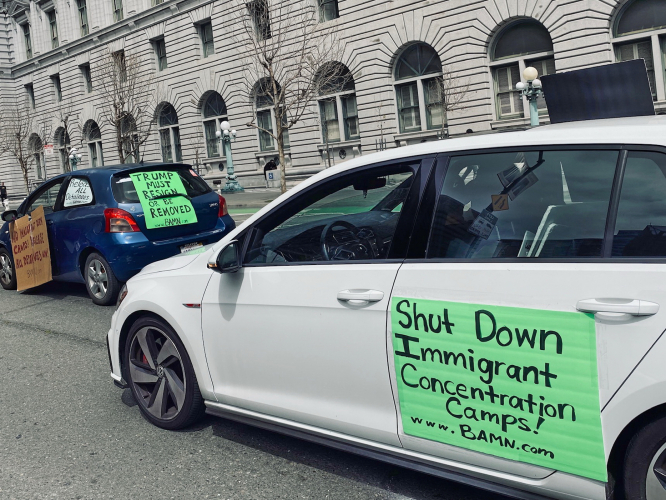 original image (2079x1400)
Add Your Comments
Support Independent Media
We are 100% volunteer and depend on your participation to sustain our efforts!