Add an Event
Newswire
Calendar
Features
Home
Donate
From the Open-Publishing Calendar
From the Open-Publishing Newswire
Indybay Feature
Related Categories: East Bay | Government & Elections | Health, Housing & Public Services | Police State & Prisons | Racial Justice
ACSO Requests $255M in New Funding; COVID-19 Reaches Santa Rita Without Plans in Place
by IWOC Oakland
Sunday Mar 29th, 2020 3:18 PM
Just over a week into the “shelter in place” directive that is now statewide, COVID-19 has reached Santa Rita Jail. The County confirmed on March 26 that a nurse working in one of the jail’s housing units has tested positive for the virus. In response, that pod as well as one other in Santa Rita were placed under quarantine on Friday, March 27. The second pod was quarantined allegedly in response to a case of pneumonia or other similar medical condition. All transportation of detainees between the jail and the federal courthouse has been suspended, according to a federal court notice. Community advocates warn that this exposure, combined with Santa Rita’s widely-reported health and sanitation issues, foreshadows a critical and dangerous scenario for the inmate population. 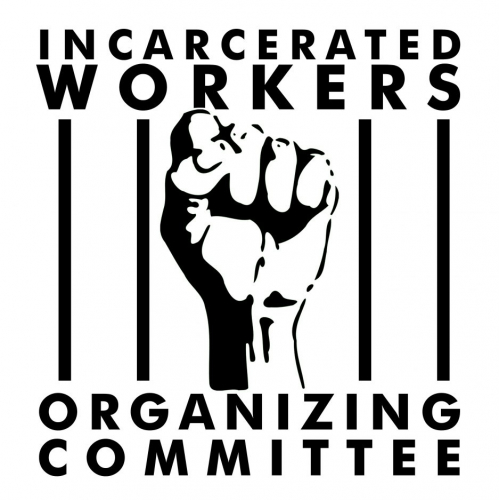 original image (937x937)
Prisoners themselves have repeatedly demanded access to cleaning and sanitation supplies, warning in a Tuesday, March 17 grievance that “some of us do not receive cleaning supplies for weeks on end.” Yet, rather than taking measures to effectively protect incarcerated people living in close quarters, the Alameda County Sheriff’s Office has requested $85 million for 370 new jail staff positions, including 216 more armed deputies. This request would total $255 million in additional funding over the next three years. The measure was quietly added to the Board of Supervisors’ March 24 agenda the day before the meeting. Although county residents technically may submit public comment via video, the item was introduced at the last minute and without the knowledge of the public or community organizations — who have repeatedly called for the Board to audit the ACSO and investigate conditions in “the most dangerous place in Alameda County.” Organizers see this as a strategic move by the Sheriff to quickly approve this funding under the radar and with minimal pushback from the community.

The Alameda County Board of Supervisors Public Protection Committee postponed its vote on the budget item after community organizations mobilized on Tuesday to condemn approval of this funding and what they see as an effort to circumvent public debate. Hundreds of callers contacted the Board of Supervisors to demand that these funds instead be directed toward housing, re-entry services, or public health — in the midst of an unprecedented crisis in which communities are in dire need of resources and Bay Area hospitals are facing a critical shortage of personal protective equipment.

The last-minute budget item came on the heels of a number of other critical developments, including the emergency release of 248 individuals between March 19 and 21, which reduced the jail’s population by about 12 percent last week. However, this measure fell short of the Public Defender’s request that the jail release all people with remaining sentences of 6 months or less. Representatives from Bay Area Community Services were onsite to assist released individuals, who reported that prisoners inside Santa Rita Jail are still unable to access cleaning supplies, and have very limited recourse to state-recommended measures such as wearing masks or “social distancing.” In addition to these dangers, because kitchen workers in jails and prisons (workers who, in Santa Rita, are forced to work for no pay, in violation of state and federal law) are considered “critical workers” during the COVID-19 quarantine, they face the risk of infection in addition to the kitchen’s existing health and safety concerns. This ongoing disregard for the health and safety of prisoners was a key issue of the November 2019 workers’ strike, and remains a vital concern of prisoners who delivered a collectively-written grievance to the jail on Tuesday, March 17.

In a March 20 memo to the Board of Supervisors, Sheriff Ahern and Health Care Services Agency Director Colleen Chawla stated that ACSO will be “required” to add 216 deputies and 107 civilian positions to the jail’s roster over the next three years “to ensure that inmates are provided with the highest level of supervision, care coordination, and behavioral health care and support.” However, this “solution” fails to address the repeated demands made directly from prisoners during the strike and through the collective grievance, which detail the horrendous conditions that deeply affect their physical and mental health and overall well-being. Rather, the Sheriff’s request is the product of consultation with “staffing experts” who recommended improvements in the jail’s security, programming, and custody operations. Advocates counter that the consultants cited in this memo were selected and hired by the Alameda County Sheriff’s Office. Ella Baker Center Organizing Manager José Bernal points out that the results of this consultation were never shared with anyone outside of the department. There has never been a full, objective staffing analysis of Santa Rita Jail, he says. Rather than take the Sheriff at his word, says attorney Yolanda Huang, supervisors should order an independent performance assessment of the jail.

The March 20 memo also acknowledges – in a small footnote – that the County is engaged in pending class action litigation and “these staffing changes are also important to resolving the litigation.” Among the many issues raised by the Mohrbacher, Babu, and Upshaw cases are allegations of cruel and unusual punishment which advocates argue cannot be resolved by an increase in sworn staff. “Deputies use isolation as a form of punishment, including for behaviors that are related to an individual’s psychiatric disabilities,” and prisoners may be punitively isolated for “rule violations” as minor as “excessive whistling, reporting to a program late, or failing to return a tray after meal time.”

In November 2019, the Board of Supervisors declined to order a full fiscal and performance audit of Santa Rita Jail, arguing that it represents an unnecessary “parallel process” to the multiple federal civil rights lawsuits against the jail. Courts have a greater ability to influence Santa Rita’s policy, conditions, and budget, they argued. But if an audit represents a financial burden to the county, advocates ask, then why did the County Administrator’s Office recommend that the Board approve over a quarter million dollars in new funding for Santa Rita? And why approve funds for armed deputies when thousands of people in custody desperately need sanitation supplies and medical care?

Community organizations are instead calling for the Sheriff, DA, and Board of Supervisors to immediately release incarcerated people from Bay Area jails, prioritizing the immediate release of people who are pre-trial and people most vulnerable to COVID-19. They remind the public that Sheriff Ahern has the power to safely release people in custody — every single one of whom are now at extremely high risk, given the conditions created in the jail. If the Sheriff denies these releases, the inevitability of an outbreak of thousands of new cases of COVID-19 in the jail will unquestionably have dire consequences for all inmates, but also — given the high transmission risks — for every resident of Alameda County. The Sheriff, advocates urge, should act with the utmost urgency to protect the safety and lives of the community in this moment of crisis.
https://iwocoakland.wordpress.com/
Add Your Comments
Support Independent Media
We are 100% volunteer and depend on your participation to sustain our efforts!