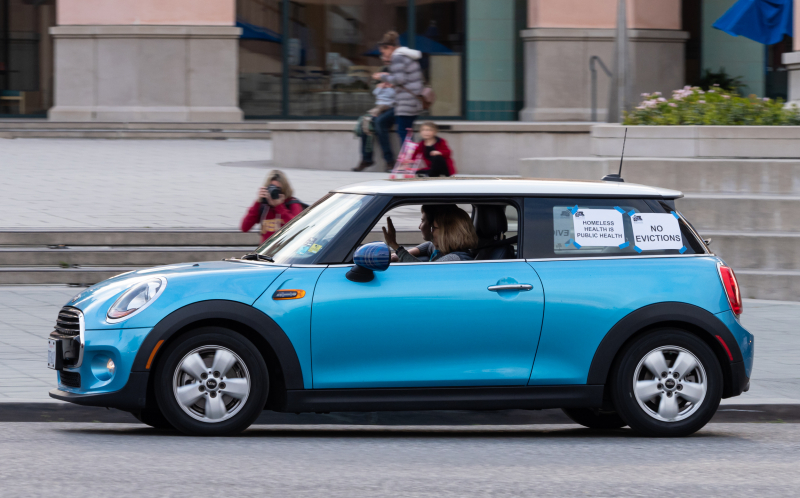 Mountain View housing activists held a "rolling rally" on March 27 to demand that city officials enact protections during the Covid-19 outbreak for renters and people who live in mobile homes and other vehicles.

The city's rents are extremely high and many restaurants and other small businesses have closed their doors due to shelter-in-place orders. Out of work residents are getting desperate.

Housing activists have broad support from people living in the Silicon Valley city known for being both the home of Google and the site of many RV residents who work to support the people employed at Google and other tech companies.

The tenant rights supporters are including in their demands protections for residents of the city's mobile homes which are estimated by some to number over 1,000. They want the city to open more 24 hour safe parking lots for cars and RV's. Concern is high for the city's unhoused and underhoused population. Demonstrators reminded city officials that "homeless health is public health, and we are all at risk."
§City Hall is within this large city complex
by Housing is a Human Right
Saturday Mar 28th, 2020 8:06 PM 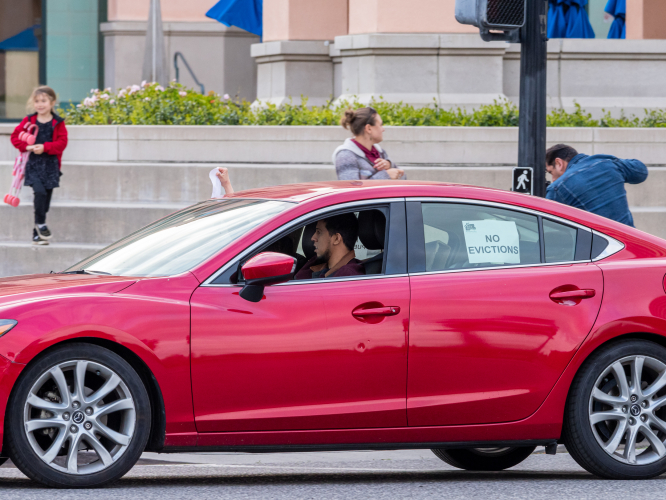 original image (2500x1875)
Add Your Comments
Support Independent Media
We are 100% volunteer and depend on your participation to sustain our efforts!