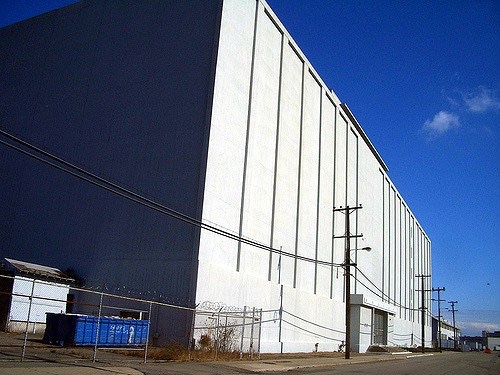 The Landfill In Our Bodies…
How Human Biomonitoring Detected Toxins from a federal Hunters Point. Superfund site in Residents and Workers Nearby.

Public housing for low income residents adjacent to the Parcel E-2 landfill at Hunters Point. The Hunters Point Community Biomonitoring Program (HP Biomonitoring) is funded by the Packard Foundation and licensed by the Medical Board of California to conduct urinary toxicology screenings for residents and workers at HPNS. Photo credit:Melia Robinson/Business Insider
“If you drink from a bottle marked “poison” it is certain to disagree with you!” Lewis Carroll, Alice in Wonderland
The Parcel E-2 landfill lies within 800 feet of homes and playgrounds in Hunters Point. It was 93 degrees on August 16, 2000 when shipyard workers and residents witnessed green, yellow and orange flames erupt from the landfill. At 11:30 am, base security activated federal firefighters who extinguished the surface fire over 48 hours. It smoldered underground for weeks fueled by volatile gases, flammable building materials, trash and debris beneath the surface and reignited on August 24, 2000.

The southern shoreline of the Hunters Point Naval Shipyard (HPNS) in San Francisco, California contains an industrial landfill designated Parcel E-2 that is estimated to contain 100 cubic yards of the most toxic elements listed by the EPA. Parcel E-2 is a federal Superfund site within the federal Superfund site of HPNS. On August 16, 2000 it ignited emitting multicolor flames like a chemical fire. In 2001 the Navy installed a partial cover on the landfill surface that acts like a bandaid on top of an abscess. In 2020 the Hunters Point Community Biomonitoring Program detected elements known to be present in shipyard soils and landfills in the bodies of 25 residents and nearby workers.
A landfill is an abscess beneath the “skin” of the earth…a toxic dump where dead and dying elements of transmissible disease are buried and contained. Landfill systems are the oldest form of waste disposal, consisting of layered soil, synthetic covers and bottom liners designed to protect nearby neighborhoods from exposure to dangerous chemicals, decomposing organic matter, flammable trash, wastewater and odorous “biogas” like methane and sulfur. Methane is the most common landfill biogas. In concentrations greater than 50% in air, it is explosive, suffocating and 25 times more powerful than carbon dioxide as a cause of global warming.
Like putting a bandaid on top of an abscess, landfill covers do not protect healthy “tissue” from lateral migration of their buried contents and are unstable in earthquake liquefaction zones. When vented and released, landfill gases carry dangerous chemicals to the surface in what is termed “an entourage effect.” And like a deep tissue abscess, landfill systems will not promote “healing” until they are excavated and removed.

An abscess is a “ toxic landfill” beneath the skin filled with septic bacteria, dead tissue and infection fighting cells that erupt under the pressure of “pus”. Like a landfill, toxins in an abscess must be excavated and removed for healthy tissue to heal and to prevent the spread of recurrent of infection. Image:Nemours KidsHealth

The “landfill” in my body…when the body is infected the immune system sends white blood cells to fight it. Dead white blood cells, germs and diseased tissue are disposed of in an abscess that -like toxic gases, wastewater and chemicals in a landfill -can erupt under the pressure of its contents.

Building 830 houses the UCSF Institute for Neurodegenerative Diseases (IND)and Lab Animal Resource Center (LARC). It is, arguably, the most high risk building on the naval base. A gas monitoring probe located adjacent to Building 830(GMP3) detects methane concentrations at the landfill surface as high as 50% volume in air.
The Parcel E-2 landfill occupies a horseshoe shaped region of the shipyard shoreline that drains like a toilet into the “South Basin”of San Francisco Bay. By 1946, radioactive sandblast and waste were regularly dumped into this pit on the southern shoreline that varies in depth from 2 to 32 feet. The dumping began before environmental laws required bottom liners in landfill systems. As a result, the landfill connects with toxic groundwater flowing into San Francisco Bay and borders the 800 series building complex that housed the Naval Radiological Defense Laboratories from 1946 to 1969.

The United States Naval Radiological Defense Laboratory (NRDL) was the premier military lab created to study the effects of radiation and nuclear weapons. The facility was based at the Hunters Point Naval Shipyard and used the buildings numbered 800 situated along the southern shoreline as labs, administration, industry, animal facilities and to house particle accelerators.
A worker who witnessed the landfill ignite on August 16, 2000 remains employed by UCSF at the Building 830 lab animal compound adjacent to the landfill. In March of 2020 he requested a biomonitoring evaluation driven by persistent fear he was being exposed to dangerous chemicals in the landfill. Urine toxicology screenings conducted on twelve Building 830 workers to date, have detected toxic concentrations of elements including arsenic, uranium, strontium, manganese and vanadium.

12 employees of the UCSF lab animal facility housed in Building 830 have undergone voluntary biomonitoring evaluation and urinary toxicology screening. All have elevated levels of chemicals and radionuclides of concern detected including manganese, vanadium and nuclear fission products uranium, thallium and strontium.

The Hunters Point Shipyard Historical Radiological Assessment designates Buildings 830 and 831 radiation impacted. No evidence exists they were cleared by the Navy, environmental and health regulators for human reuse. Building 830 is a UCSF lab animal facility. Up to 30 workers float or are permanently sited there.
The Environmental Protection Agency (EPA) requested the Agency for Toxic Substances and Disease Registry (ATSDR) conduct a Human Health Risk Assessment to analyze potential health risks to residents caused by exposure to products of combustion from the August 2000 landfill fire.
Seven months later ATSDR completed it’s report. Using air monitoring data obtained 15 days after the surface fire was extinguished, on March 2, 2001, ATSDR acknowledged the potential for short term health effects from exposure to the landfill fire in the low income, 89% ethnic minority Hunters Point community with it’s known health disparities linked to toxic exposures.
Who you gonna call?!

HP Biomonitoring…Detect…Protect…Prevent!
Biomonitoring detects pollution in people! The Hunters Point Community Biomonitoring Program launched as a pilot medical screening and research project in January of 2019 designed to offer residents and workers on and adjacent to the federal Superfund site at HPNS low cost urine toxicology screening and in-depth medical and environmental analysis along with referrals to top toxicologists, public health officers and UCSF environmental medicine doctors.
The Genova Diagnostics Comprehensive Urine Elements Profile (CUEP) is a simple low cost urine screening that detect up to 35 potentially toxic elements including major metals and radionuclides known to be present at HPNS. The CUEP relies on mass spectrometry — an analytical technique that measures the mass to charge ratio of ions then separates the ions by passing them through electric and magnetic fields so they fan out into a spectrum.

Raymond Tompkins helped lead the 2009 community academic partnership to secure funding for community exposure research in Bayview Hunters Point. He serves as Environmental Health Educator and Pollution Mapping Scientist for the Hunters Point Community Biomonitoring Program and is depicted teaching middle school students the use of mass spectrometry in analyzing soil samples.
The test is completed within seven days and is covered by Medicare, Tricare and the San Francisco Health Plan.The out of pocket cost of the test is $129. Private insurers pay $50 towards the cost of testing.
Additionally, the CUEP detects nutritional deficiencies in high risk low income Hunters Point residents. Deficiencies in iron, potassium, calcium, magnesium and zinc are common and are easily corrected through diet and nutrient supplements.
All Hunters Point residents and workers screened to date have chemicals detected in toxic concentrations using the CUEP. Manganese has been detected in the toxic range in 100% of CUEP screenings. Vanadium has been detected in the majority of CUEP screenings.
Manganese is a natural component of serpentinite rock that exists as a stable element and as gamma emitting isotopes. Vanadium is an alpha emitter generated by the production of high speed steel tools. Vanadium was first detected in four members of a nuclear family living at the southwestern tip of HPNS.

Many of the elements detected by HP Biomonitoring are chemicals of concern in Parcel A soils documented in Navy remediation documents. Products of nuclear fission, including uranium, thallium and strontium have been detected in Building 830 workers and Hunters Point residents. Arsenic in alarming concentrations was detected in residents living in the south basin/Yosemite Slough region and in an on site worker at Building 830.
An administrator at Building 830 requested biomonitoring evaluation and screening after her father, who worked at the facility for over 30 years,tested positive for the chemicals manganese and vanadium in toxic concentrations.
Her CUEP detected uranium in alarming concentrations 17 times greater than the reference range! Additionally, toxic elevations of barium, copper, iron, manganese, vanadium and zinc are detected on CUEP.
This is referred to in human biomonitoring as an increased body burden of toxic chemicals. The findings of her urine toxicology screen were verified by a toxicologist consulted by San Francisco Chronicle writer Jason Fagone and archived by the California Regional Poison Control Center.

One of the most alarming CUEP screenings conducted by HP Biomonitoring performed on a long time worker in Building 830 located immediately adjacent to the Parcel E-2 landfill. Biomonitoring detected “a landfill in her body!”
The CUEP detects toxic elements in the column on the left. These are elements that serve no useful physiological role in the human body and can be lethal in concentrations above the Tentative Maximum Permissible Level or TMPL shaded red. The right hand column consists of nutrient elements that are detected in the human body within a normal range causing health effects when present in concentrations too low or too high.
The best example of a nutrient element is potassium. Radioactive K-40 is abundant in soils at the Hunters Point Naval Shipyard. HP Biomonitoring detected potassium in the urine of a Hunters Point resident screened during an asthma attack in toxic concentrations likely inhaled in toxic dust. Potassium can be present in low concentrations in people who are deficient due to the use of diuretics for high blood pressure or heart failure. Diuretics promote fluid and potassium loss by the kidneys. In toxic concentrations high potassium can be fatal and is used in lethal injections to stop the heart from beating.

The U.S. Navy performed biomonitoring studies at HPNS published in the 2001 Parcel F Human Health Evaluation Work plan. The work plan analyzed chemicals in fish and shellfish caught offshore from the shipyard in the sediment and underwater regions of Parcel F and used biomonitoring to detect elevated concentrations of mercury and organic compounds including pesticides and PCBs. The Navy did not test for radionuclides and major heavy metals.
But how does the landfill get in my body you ask?

Routes of environmental toxic exposure
The major route of exposure to HPNS residents and workers is through inhaling toxins in dust from shipyard construction and remediation. This occurred during the grading of the Parcel A hilltop that began in 2005 releasing tons of particulates and chemicals present in the serpentinite bedrock including asbestos, manganese, nickel and zinc.The detection of manganese in 100% of residents and workers screened by HP Biomonitoring can only be explained by this massive release.

Tons of particulates and toxic air contaminants were released during the grading of the Parcel A hilltop that is composed of serpentinite rock. 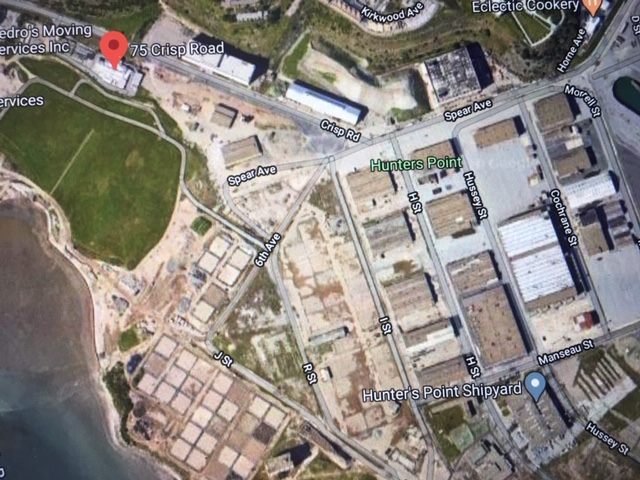 Hunters Point. Building 830 houses the UCSF Institute for Neurodegenerative Diseases (IND)and Lab Animal Resource Center (LARC) and workers have been tested and are contaminated
https://medium.com/@asumchai/the-landfill-...
Add Your Comments
Support Independent Media
We are 100% volunteer and depend on your participation to sustain our efforts!