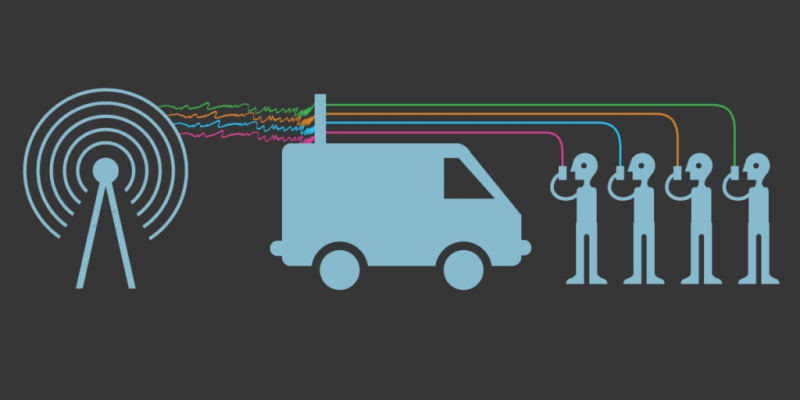 Update 3/25/20: The Vallejo City Council voted unanimously to approve purchase of $766,000 cell site simulator without significant discussion. Captain Potts, who oversees the Crime Reduction Team for VPD, said that the cell site simulator does not interrupt cell phone service, which seems to indicate that he does not know how the technology works. Apparently, they do have a policy; it just wasn’t provided as part of the agenda material, so the City Council hasn’t seen it. Chief says that it includes a usage log that will be posted publicly and annual reporting.

The agenda item includes implementation of a usage and privacy policy, but no policy was provided as part of the background material because the policy will be created at the direction of the Chief of Police, and not by the City Council. California’s Electronic Communications Privacy Act, which went into effect on January 1, 2016, requires that a search warrant be obtained before using a cell site simulator.

According to the staff report, the cell site simulator will be used by the Crime Reduction Team, which is “tasked with the tracking and apprehension of serious violent offenders, covert surveillance during criminal investigations, human trafficking, and other plain clothes investigative operations…” The desire to obtain a cell site simulator appears to be motivated by an unnamed agency assisting Vallejo by using its own cell site simulator. “In November of 2019, an outside agency used a cellular site simulator for the Vallejo Police Department on several occasions.”

The staff report fails to note that cell site simulators can disrupt “the target cellular device (e.g., cell phone) and other cellular devices in the area might experience a temporary disruption of service from the service provider,” according to guidance from the US Department of Justice. In other words, it could interfere with normal operation of other cellular phones and devices near the cell site simulator, including emergency calls.

The staff report claims that “The equipment does not retain data and is not capable of intercepting and listening to calls, text messages, dialed numbers or any other such content.” However, other cell site simulators are able to eavesdrop on calls and messages and are limited only by the installed software, not the hardware’s capabilities.

The vehicle containing the cell-site simulator (a 2020 Suburban) will drive around to track a cell phone to a building or similar area. Then the handheld Jugular 4 or Trachea 2 devices can be used to track a cell phone to a specific apartment of room. Although little is known about these devices, an earlier version of the Jugular was detailed in a document obtained the Intercept. The Jugular 2 was capable of tracking GSM, CDMA, and UMTS cellular signals. The Jugular 4 and Trachea 2 are likely capable of tracking 4G cellular signals.

The Vallejo City Council meeting takes place on March 24, 2020, at 7pm via teleconference. Since there is no physical access for the public to the meeting, members of the public who wish to comment on the item are required to register to use Open Town Hall at http://www.opentownhall.com/8413. 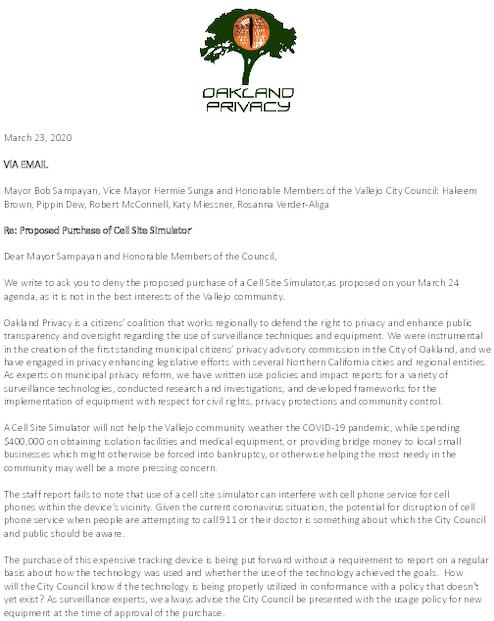 Download PDF (39.6KB)
https://oaklandprivacy.org/in-the-pandemic...
Add Your Comments
Support Independent Media
We are 100% volunteer and depend on your participation to sustain our efforts!