Add an Event
Newswire
Calendar
Features
Home
Donate
From the Open-Publishing Calendar
From the Open-Publishing Newswire
Indybay Feature
Related Categories: San Francisco | Labor & Workers
WorkWeek On SF Housing With Dean Preston, ILWU Port Safety & UCSF AFSCME Cancer Cluster
by WorkWeek
Thursday Mar 19th, 2020 9:00 PM
WorkWeek interviews SF Supervisor Dean Preston about the housing crisis and the fight against evictions. Next WorkWeek hears about UAW auto worker wildcats over the failure to protect the health and safety of auto workers. We interview UAW 551 Chicago Ford worker Scott Houldierson.
Next WorkWeek hears about the conditions of Bay Area Longshore workers who are members of ILWU Local 10 with Trent Willis, president of the Local.
Last, WorkWeek interviews Stella Miranda, the wife of a UCSF AFSCME 3299 worker whose worksite was on radioactive contaminated land at the Hunters Point shipyard.
She talks about what happened to her husband and eight other workers at UCSF who were sickened from contamination from the site. She reports that UCSF management knew about the contamination and covered it as well as refusing to pay the healthcare needs of her husband.
Not only have AFSCME 3299 members been contaminated at Hunters Point but UPTE members who worked at the radioactive site. 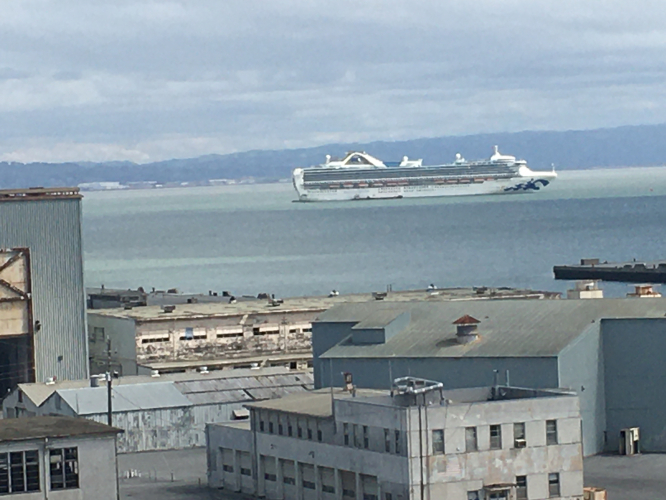 original image (4032x3024)
WorkWeek on 3-19-20 looks at the SF housing crisis with Dean Preston, BA ILWU port safety with ILWU Local 10 president Trent Willis and the contamination of UCSF AFSCME 3299 workers at Hunters Point where they have gotten cancer and other diseases.

WorkWeek interviews SF Supervisor Dean Preston about the growing health and housing crisis in San Francisco and his proposals to house homeless in unused condos.

He also discusses the immediate need for Medicare for all.
Next, WorkWeek hears about the struggle of the ILWU Longshoreman for health and safety protection at the port and the conditions of the crew of the Grand Princess which was in Oakland and now sits off contaminated Hunters Point.

The contaminated ship still has over 300 crew members. We hear from Terry Valen who is president of National Alliance for Filipino Concerns (NAFCON) and Trent Willis, president of ILWU Local 10. Trent talks about the refusal of the PMA and SSA to properly clean their work locations which could lead to their members becoming contaminated with COVID-19 and contaminating their families and community.

Last, WorkWeek talks with Stella Miranda, the wife of a UCSF AFSCME 3299 gardener and maintenance worker who has been contaminated from the radioactive Hunters Point Naval shipyard.

He and eight other workers including workers who are members of UPTE have all worked at the site and become sickened by the contamination. She has contacted the UCSF Chancellor, Cal-OSHA and Governor Newsom to protect her husband and other workers.

She reports that her husband was coerced to retire and now has been rejected for workers compensation.
The UCSF management is aware of the contamination at UCSF but refused to warn the workers of the dangers and now is fighting to take responsibility of their serious health illness due to the toxins and radioactivity at the site.

"This Is An Absolute Class Struggle" ILWU At Port of Oakland On Port Safety & Grand Princess Crew
https://youtu.be/hyWW2Y-3Lpw

"This Is An Absolute Class Struggle" ILWU At Port of Oakland On Port Safety & Grand Princess Crew
https://youtu.be/hyWW2Y-3Lpw 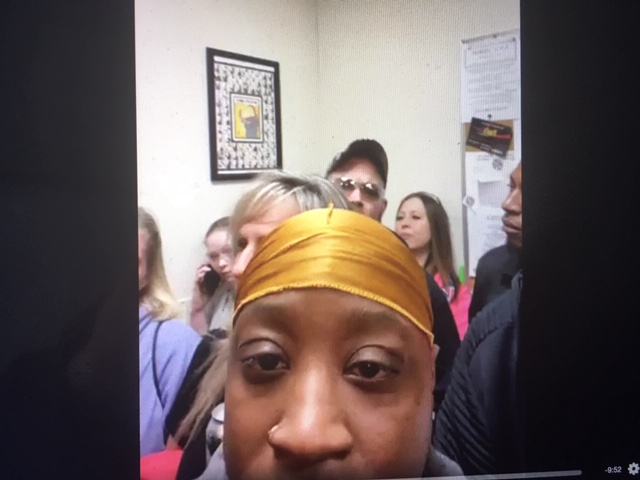 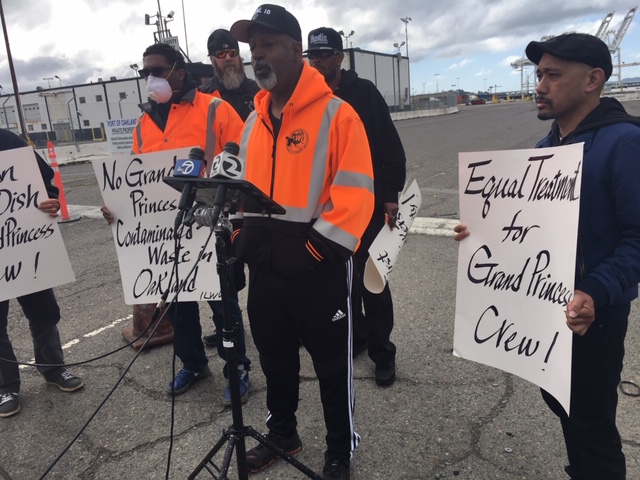 ILWU President Trent Willis spoke at a press conference about the attempt of the Grand Princess owners to improperly transfer the contaminated waste on to the docks at the Port of Oakland and trucking it throughout Oakland and the East Bay.
https://soundcloud.com/workweek-radio/ww-3...
§IDC Calls For Medical Care For Grand Princess Crew
by WorkWeek
Thursday Mar 19th, 2020 9:00 PM 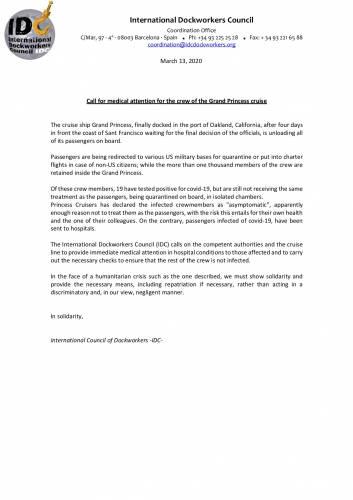 original image (1240x1753)
The International Dockers Council called for the proper medical care and treatment for the crew of the Grand Princess
https://soundcloud.com/workweek-radio/ww-3...
§Grand Princess At The Port Of Oakland
by WorkWeek
Thursday Mar 19th, 2020 9:00 PM 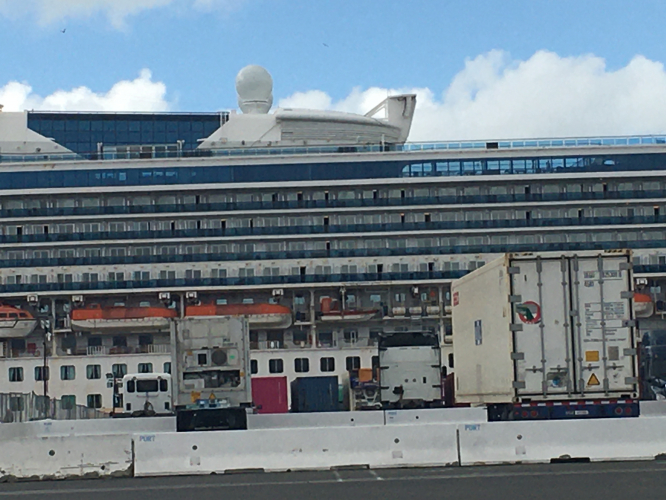 original image (4032x3024)
The Grand Princess was tied up in Oakland and now is docked near Hunters Point. It will be brought to the cruise pier in San Francisco.
https://soundcloud.com/workweek-radio/ww-3...
§Jenabi Pareja of Migrante Norcal Spoke on Conditions of Grand Princess Crew
by WorkWeek
Thursday Mar 19th, 2020 9:00 PM 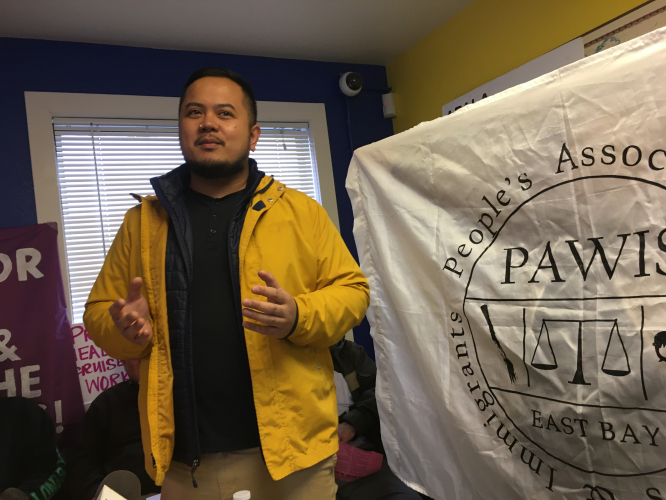 original image (4032x3024)
Jenabi Pareja of Migrante Norcal was one of the speakers at a press conference to defend ILWU longshore workers and the Grand Princess crew. Many are still on the ship
https://soundcloud.com/workweek-radio/ww-3...
Add Your Comments
Support Independent Media
We are 100% volunteer and depend on your participation to sustain our efforts!