Add an Event
Newswire
Calendar
Features
Home
Donate
From the Open-Publishing Calendar
From the Open-Publishing Newswire
Indybay Feature
Related Categories: International | Health, Housing & Public Services
Coronavirus, Epidemics and Capitalism: The Bugs Are in the System
by Radical Women
Thursday Mar 12th, 2020 6:32 PM
Radical Women supports and recommends this thoughtful analysis of the novel coronavirus by our sister organization, the Freedom Socialist Party. The statement raises excellent demands to protect workers, women, the poor, and people of color being scapegoated for the crisis. 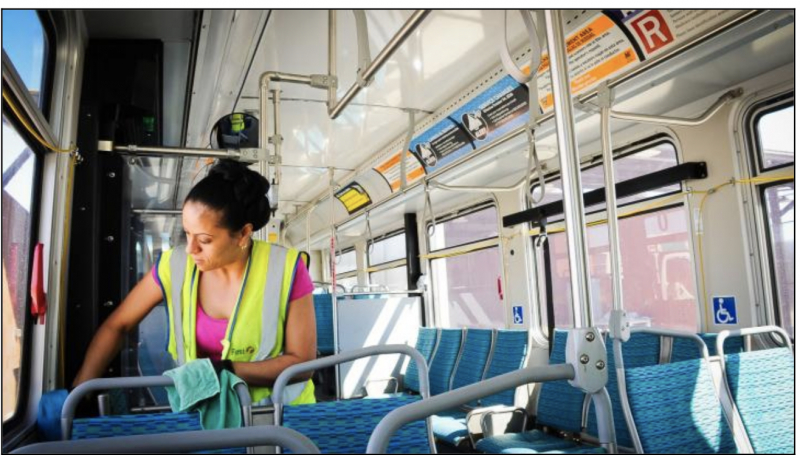 original image (1316x750)
Governments around the globe have had since December to prepare for the novel coronavirus. And while some countries have done better than others with their response, here in the U.S. the for-profit medical industry is practically ensuring that more people catch the virus and more die from it. As with other disasters and emergencies, capitalism makes things worse.

Billionaire White House occupant Donald Trump shot us all in the foot when he fired his pandemic response team in 2018. A year later, his administration scaled back the Centers for Disease Control’s pandemic prevention teams in several countries, including China. His 2021 budget proposal includes a 16% cut in the CDC’s budget, this after the department endured over a decade of budget cuts going back to the Obama administration. Now in the midst of the coronavirus outbreak in the U.S., Trump visited the CDC and asked, “Who would have thought?” ( New York Times, 3/8/20).

Coronavirus has so far claimed more than 4,600 lives worldwide. Cases of people with COVID-19 have been confirmed in 114 countries, including the United States, with the disease reported in 42 states so far. Washington state is the initial epicenter with over 330 cases confirmed and possibly 1,000 or more undetected.

On one hand, there is a constant drumbeat from corporate media outlets that invites panic. On the other, elected leaders are too concerned with the economic disruption to take this threat seriously enough. Testing for the virus is a good example of this. Initial kits from the CDC were faulty and the agency was slow to remove senseless restrictions on who could be tested. In Washington state, the insurance commissioner directed insurance companies not to charge any co-pays for the tests — but those without insurance still have to pay. This guarantees greater suffering for homeless people and the lowest-paid and most marginalized workers, meaning women, immigrants and people of color.

And there are still shortages of test kits, letting the virus continue to spread. Congress passed an $8.3 billion anti-coronavirus spending package on March 4, which should buy more testing kits. But if a tenth of that money had been spent years ago developing a coordinated, international strategy of prevention we might not be in this fix. Not to mention Trump’s ridiculous revolving-door Cabinet that has included four different Secretaries of Health and Human Services and his appointment of Vice President Mike Pence as his coronavirus czar. Pence is famous for his slow response to an outbreak of the AIDS virus as governor of Indiana, a delay that caused it to spread far and wide.

Trump and his fellow far-right world leaders are using the virus as an excuse to double down on xenophobic nationalism, upping the rhetoric and shutting down borders. Racist bigots everywhere are following their example. Violence against Asian people has escalated, as witnessed in London and on a New York City subway last month. Asian-owned businesses across the U.S. have been shunned and hotels have turned away customers because of their race.

It doesn’t help matters that 24% of all U.S. workers and 58% of those in the service industry receive no paid sick leave. That leaves them to choose between being getting fired or potentially causing their co-workers and customers to fall ill. The Healthy Families Act would give everyone at least a week’s sick leave, but even if it becomes law it won’t be enough. Many serious illnesses are contagious for more than a week and many workers, especially women, need to care for sick family members.

Like other epidemics before it, coronavirus is a threat compounded by capitalist greed and callousness. As disease ecologist Peter Daszak recently put it, “Unprecedented road-building, deforestation, land clearing and agricultural development, as well as globalized travel and trade” make pandemics likelier than ever, especially when “between outbreaks, the will to spend money on prevention wanes.” Global warming and nuclear proliferation have shown that capitalists will always trade tomorrow’s welfare for today’s dollar if we let them.

Now is the time to mobilize our unions and community organizations, along with small businesses to insist on immediate and effective action to protect public health.

To address this crisis, the Freedom Socialist Party raises these demands:

*International cooperation on the virus treatment and vaccine research; outlaw profit-making from the crisis

*Unlimited paid sick leave for all workers, with government assistance as necessary plus full compensation for lost wages due to closures or quarantines

*Free laptops and Wi-Fi at home and free lunch programs for all students when schools close; free childcare for parents who have to work

*Emergency financial assistance for small businesses hurt by the epidemic, including subsidies for paid sick leave

*No abridgement of civil liberties

https://www.radicalwomen.org/Corona%20viru...
Add Your Comments
LATEST COMMENTS ABOUT THIS ARTICLE
Listed below are the latest comments about this post.
These comments are submitted anonymously by website visitors.