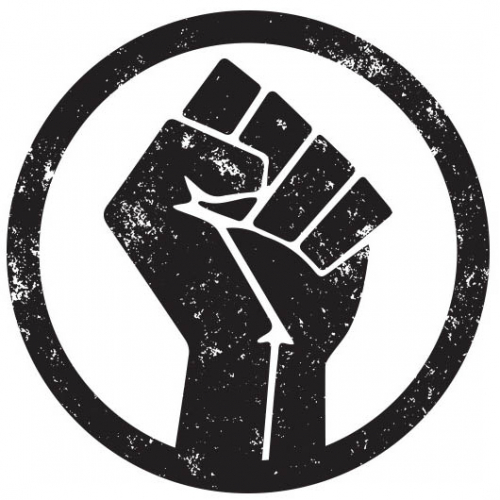 On behalf of the Concerned Students and Allies at the University of California, Irvine (UCI), we DEMAND accountability regarding the unconscionable violence that transpired at a peaceful protest at Aldrich Hall on Thursday, February 20th.

On February 20th, the UCI Black Student Union and United Students Against Sweatshops marched in solidarity with our UCSC Grad Students enduring a full wildcat strike for Cost of Living Adjustment (COLA).  This action calls attention to the deep disparity between the importance of graduate students to the university and the hardship of their living conditions across the UC campuses. A group of marginalized organizers at UCSC established COLA4ALL, which emerged following the larger COLA movement co-opting their labor. COLA4ALL is rooted in systems of sustainability, care, unity, transformative justice, and overall living. It is also centered around decolonizing (thus Indigenizing) education and disrupting the UC system, which is rooted in anti-Blackness, settler colonialism, capitalism, ableism, cisheteropatriarchy, genocide, and imperialism — all which fall under white supremacy.

At the action at UCI, graduate and undergraduate students accessed the Aldrich Hall building on campus. However, while on lockdown, a UCI student heard screams coming from within the building and followed the sound to find a Black female UCI alumna being handcuffed by UCI police officer Trish Harding. The alumna was taken into custody by UCI PD and sent to the Orange County Women's Jail. As of February 21st, she has been released from police custody. The recap of the incident affecting Shikera is intentionally devoid of language that could harm her legal case; however we are calling on the UCI community and Chancellor Howard Gillman to demand accountability and the following:

As steps toward redress and a commitment to Anti-Blackness on the campus of the University of California, Irvine:

1. WE DEMAND financial support for Shikera for legal and car fees, loan forgiveness, and funding for Master’s/PhD programs. Due to Shikera’s arrest, she must now pay for legal fees as well as charges associated with being forced to leave her car parked on UCI campus (which will result in parking tickets and likely having her car towed). Shikera also needs monetary support for a future Master’s/PhD program to continue her studies and advance her career.

2. WE DEMAND psychological services for Shikera to be provided by Black therapists and mental health professionals. Due to the trauma Shikera has experienced at the hands of UCI and UCIPD officers (who were dispatched by UCI) and in jail, Shikera urgently needs psychological support to process these acts of violence. These services must be life-long, free of charge, and outside of UCI jurisdiction and influence for Shikera.

4. WE DEMAND THE ABOLITION OF UCIPD AND ALL OTHER PARAMILITARY FORCES. As previously articulated in 2016 demands from Jungle Pussy and Black Student Union, UCIPD must be abolished as a step towards a safe campus for Black students on this campus.
a. The origins of policing in this country date back to slavery when slave patrols were formed to regulate the movement and activities of enslaved people. Slave patrols physically beat enslaved and free Black folks as a mechanism of white supremacy, to maintain the subordination of all Black people. Following Reconstruction, vigilante groups (such as the KKK) acted as additional paramilitary forces that enacted violence against Black people with the support and participation of white political and communal actors.
b. In contemporary times, the police and all other paramilitary forces intimidate, imprison, sexually assault, and murder Black people. This creates a violent space for students for the mere fact that institutions of higher learning should occupy and provide safe spaces to learn, think, and grow for Black students. The police operating on UCI’s campus problematizes the notion that the university is, in fact, a safe space to learn, think, and grow for Black students. Therefore, all higher learning institutions, specifically the University of California, are extensions of this unethical institution of policing, and the abolishment of it must occur immediately.
c. Police presence on campus is a manifestation of anti-Black aggression, which produces the same psychic damage and racial terror that Black folks suffer from beyond the university. The university claims to be a “safe” place, a place for all students to excel academically — but instead, the university engages in a range of practices and policies which reaffirm the message that we, Black people, are undeserving of safety and are dispensable. This is especially true for Black folks who are more marginalized: Black women, Black Muslim people, Black people with disabilities, Black LGBTQIA+ people, and Black transgender, gender non-conforming, and non-binary people.
d. The need to dismantle UCIPD and Community Service Officers and prevent the occupation of any additional paramilitary force on campus stems from the anti-Black paradigm of policing and its most recent manifestation as it harmed Shikera on UCI’s campus.
e. Police reform is paradoxical because the police are already accountable in their function as neo-slave patrols; there is no way the institution of policing, which is unethical and violent towards Black folks at its core, can be logically and radically amended or reformed to become more ethical or less unethical. Abolish the police now!

We request a response to our demands from Howard Gillman by March 4, 2020.

The leaders of Black Student Union and United Students Against Sweatshops are releasing this statement because we want to inform the UC Irvine student body, community members, and allies of this situation. These demands are a call for support. We demand support from UCI graduate students involved with COLA, who were not present at the jail to demand Shikera’s release. We demand that such graduate students fully support COLA4ALL, of which a core tenant is the commitment to fighting anti-Blackness in all forms. In addition, we demand support from all people within the UC system organizing around COLA AND we also demand for our allies to mobilize by supporting the demands set forth through in-class statements, relaying information to affiliated organizations and jobs, and committing to fight the anti-Blackness that led to the violence faced by Shikera and Black students on campus.

Any videos or photos of the incidents that occured at Aldrich Hall on the 21st of February should be sent to payusmoreucsc@gmail.com. Financial support should be sent to the following venmo account: @Shikera-Chamndany 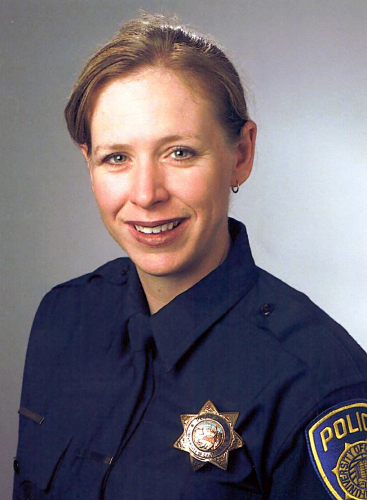 Who is Trish Harding?

Harding who is in her 18th year with UCPD, is currently assigned as a detective in the Investigations Unit and is responsible for interviewing suspects, processing crime scenes and evidence, writing and executing search warrants and filing cases with the district attorney’s office.

While Harding is fairly new to distance running, having picked up the sport about eight years ago, she is now an avid runner who enjoys competing in all sorts of events, including 8K, half marathons and marathons. Over Memorial Day Weekend, she competed in the Clif Bar Mountains 2 Beach Marathon in Ojai, finishing the 26.2 miles in 4:04:06.5.

“Detective Harding has mastered the proper balance between family, career and her personnel fitness,” Lane said. “She has a positive attitude which is contagious and serves her well in all these regards.”

Harding who is in her 18th year with UCPD, is currently assigned as a detective in the Investigations Unit and is responsible for interviewing suspects, processing crime scenes and evidence, writing and executing search warrants and filing cases with the district attorney’s office.