We feature a discussion with two anarchists involved in the ongoing #COLA4All struggle and wildcat strike popping off across University of California campuses. We talk about how the movement has grown in the face of threats from the UC President and where the strike might go now, after over 80 grad workers have been laid off for participating in strike activity.

Scroll down for the audio interview. 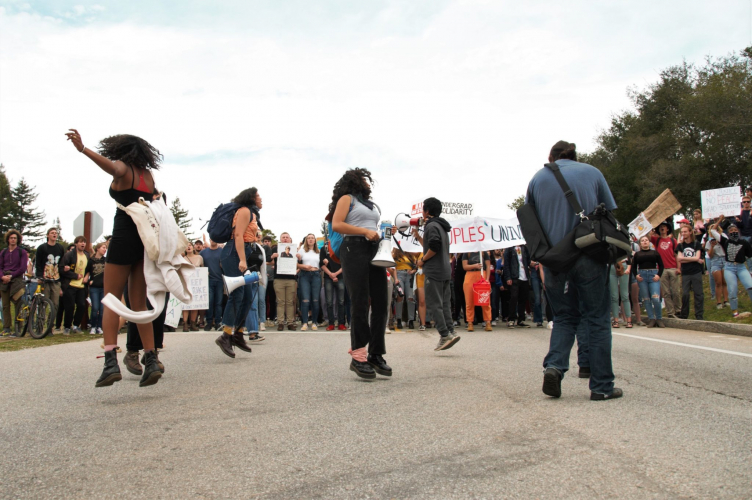 [ Doomsday march at UC Santa Cruz from the rally in Quarry Plaza to the picket at the base of campus. Friday, Feb 21, 2020. Photo by Ali Fuat Yuvali ]

On Monday on University of California campuses, thousands of staff, faculty, and student workers took part in continued wildcat strike activity. So far, both UC Santa Barbara and UC Davis have joined the strike, with student workers at UC Davis agreeing to not turn in grades and UCSB student workers pushing for a full on work stoppage.

Other campuses rallied in support of those at UC Santa Cruz, who are now in their third week of the strike. Over 80 graduate students have been fired from their teaching positions for refusing to turn in grades, as part of an ongoing push to win a cost of living wage increase.

Help autonomous revolutionary media grow into 2020!
https://itsgoingdown.org/this-is-america-1...
§Audio Interview with Two Anarchists from UCSC and UCSD
by It's Going Down Wednesday Mar 4th, 2020 12:20 AM
Listen now:
Copy the code below to embed this audio into a web page:
Download Audio (79.7MB) | Embed Audio
Audio: 56:38 minutes
https://itsgoingdown.org/this-is-america-1...
Add Your Comments