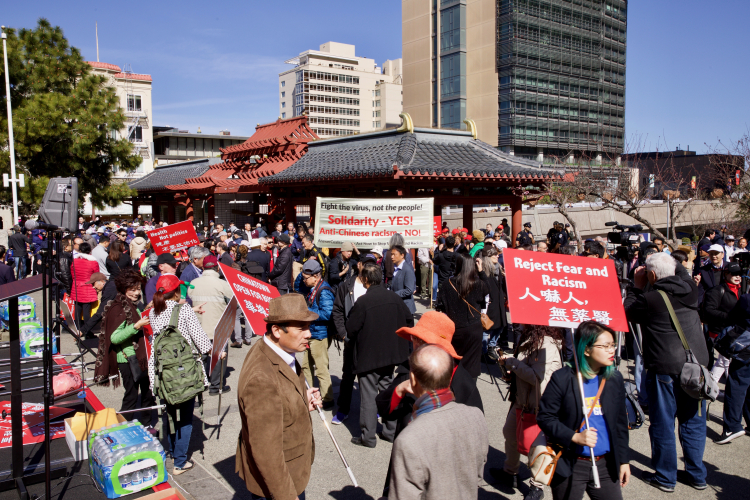 U.S.-China collaboration on health has collapsed under the Trump administration, a regrettable state of affairs. Speakers at a rally in San Francisco's Chinatown over the weekend called for more cooperation between Beijing and Washington to address the global challenge of the COVID-19 virus. They decried racist incidents and said they were shocked to hear the negative comments about Chinese ethnic background classmates their children are surrounded by at school.

The rally was initiated by Chinese Americans and overseas Chinese in the San Francisco Bay Area wishing to fight the racist backlash seen across the United States in recent weeks as more cases of the virus have come to light. They were joined by Chinatown merchants who are experiencing a drastic drop in business and peace seeking organizations that have long sought to improve U.S.-China relations.

American health officials are reportedly pleased that in recent weeks China has greatly improved transparency in what has become an international health crisis. Last week Chinese Ambassador to the United States Cui Tiankai said that the People's Republic has taken comprehensive and rigorous measures of disease prevention and control, many of which go beyond the requirements of international health regulations and the World Health Organization.
§Banners and signs
by Chinatown Rally Report Tuesday Mar 3rd, 2020 6:14 AM 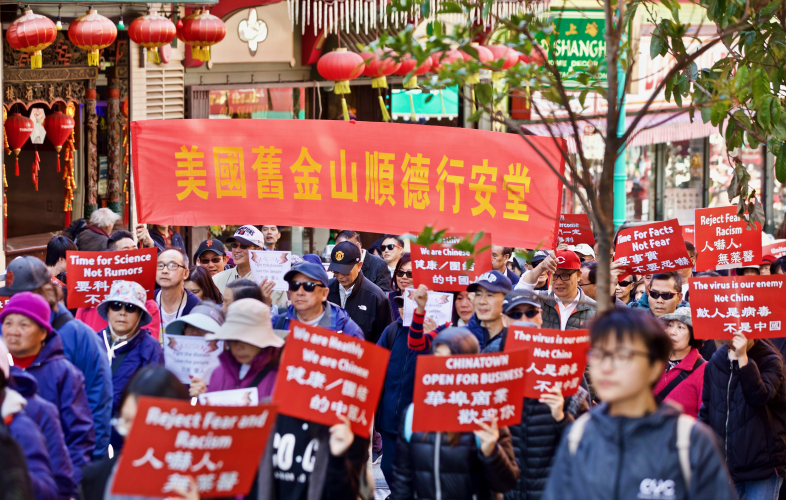 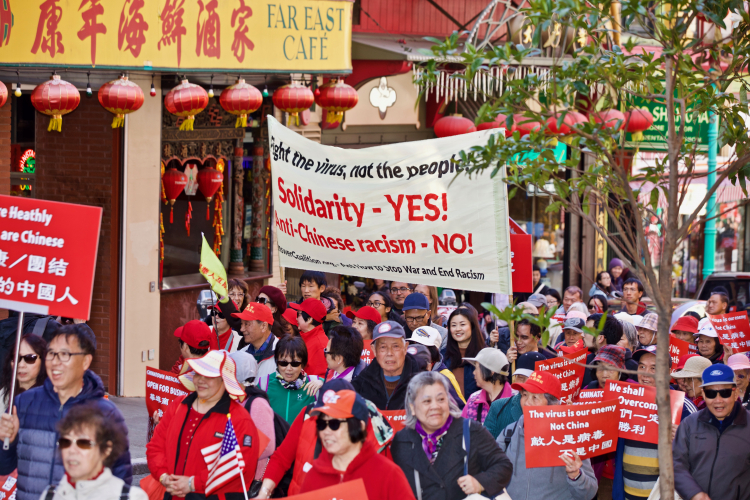 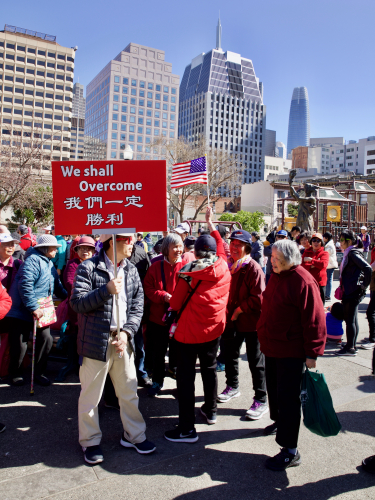 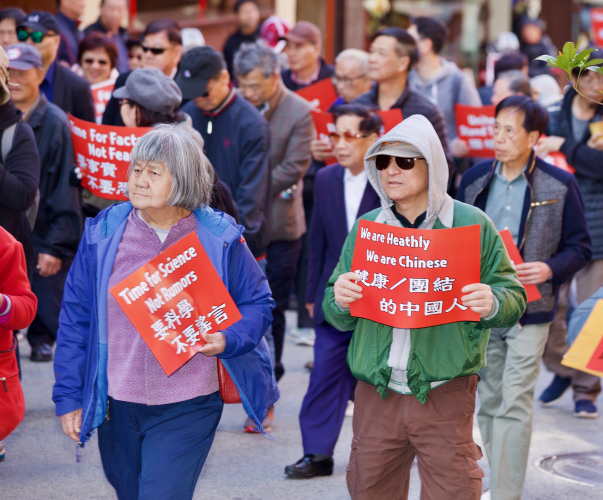 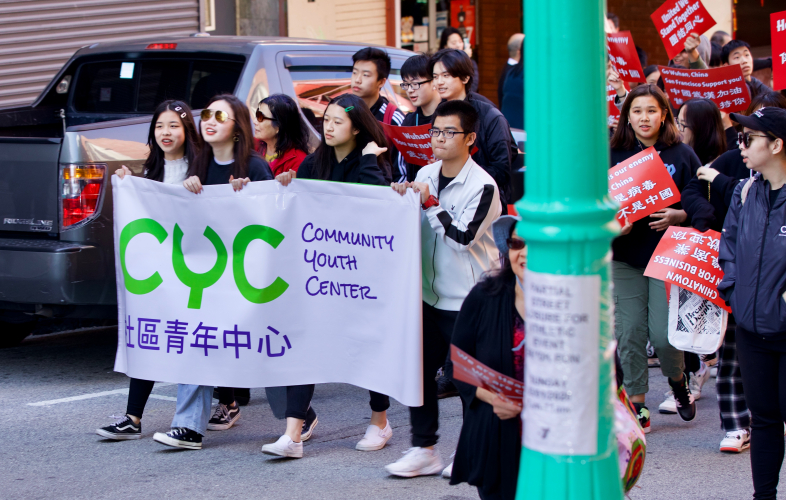 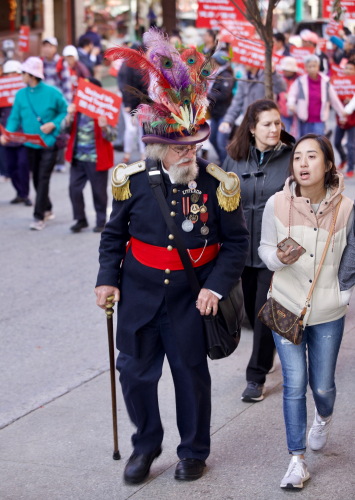 original image (4480x6307)
There were even San Francisco-style costumed supporters. The Chinese language daily World Journal reported that a few tourists dropped by and backed the cause by hoisting pre-printed signs.
§Elected officials...
by Chinatown Rally Report Tuesday Mar 3rd, 2020 6:14 AM 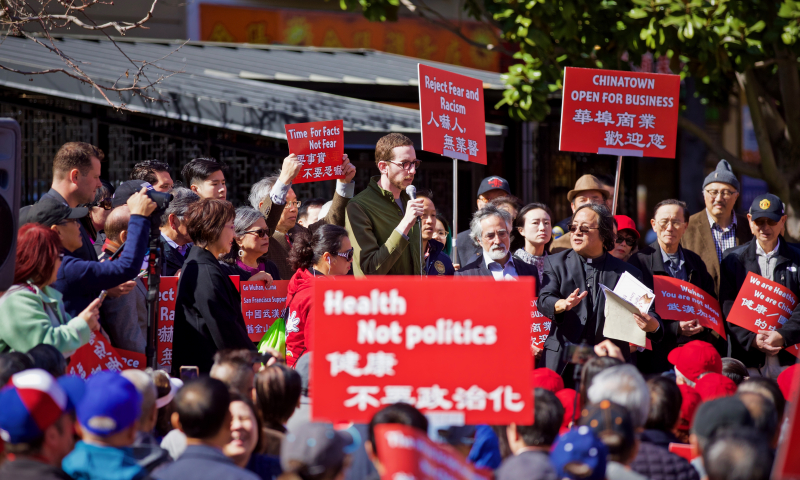 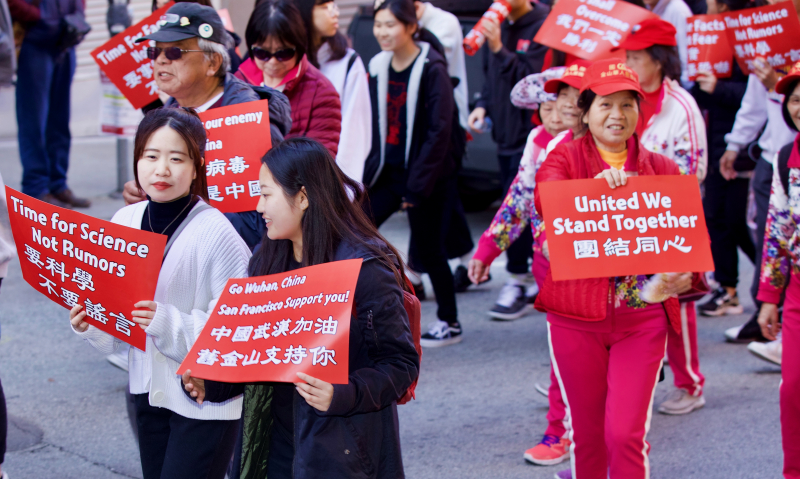 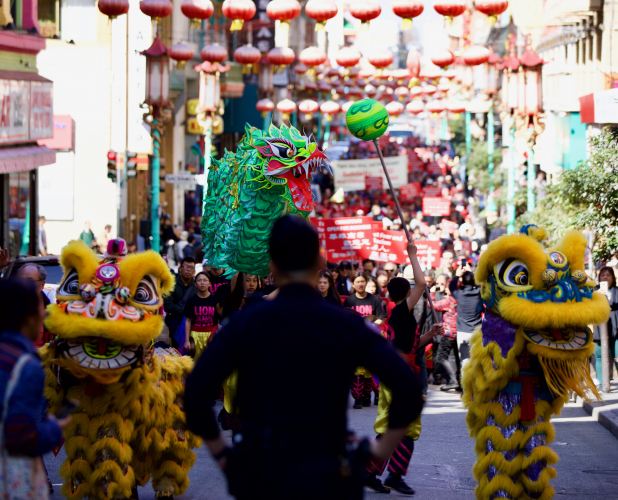 original image (5064x4092)
Add Your Comments
Support Independent Media
We are 100% volunteer and depend on your participation to sustain our efforts!