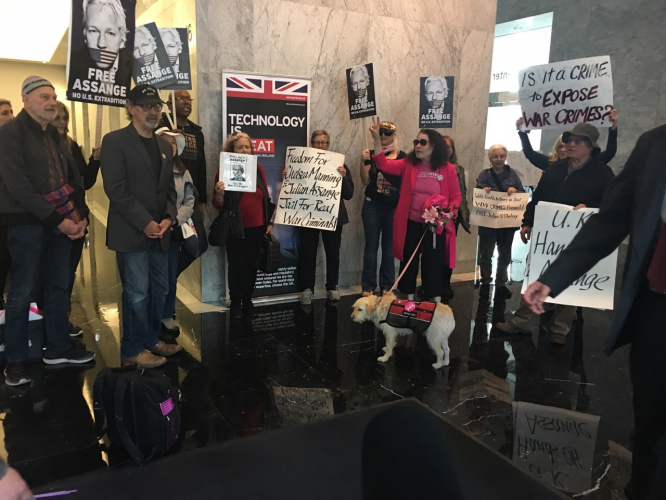 It was part of an international day of action for Assange where a trial on his extradition was being held in the UK.

Speakers also called for the freedom of Chelsea Manning and the defense of journalist Glen Greenwald who is also being threatened by the Bolsonaro government in Brazil.

They also discussed the case of San Francisco journalist Brian Carmody whose home and office was illegally invaded by the San Francisco police with improper warrants.

The award ceremony and rally held for Assange outside Belmarsh prison
https://www.youtube.com/watch?v=rg8cf4nQyzY

The Indictment Of Julian Assange, Journalists, Wikileaks & The Defense Of Assange
https://www.youtube.com/watch?v=Fm7DlyK9dbw&t=115s

The rally was initiated by the
Bay Action Committe To Free Julian Assange
http://bayaction2freeassange.org 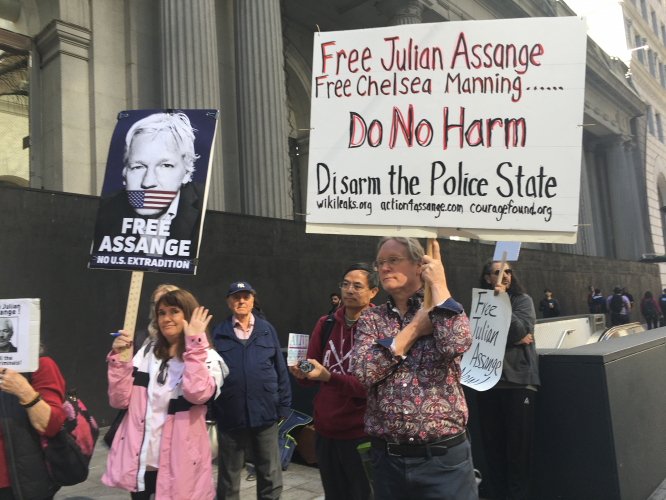 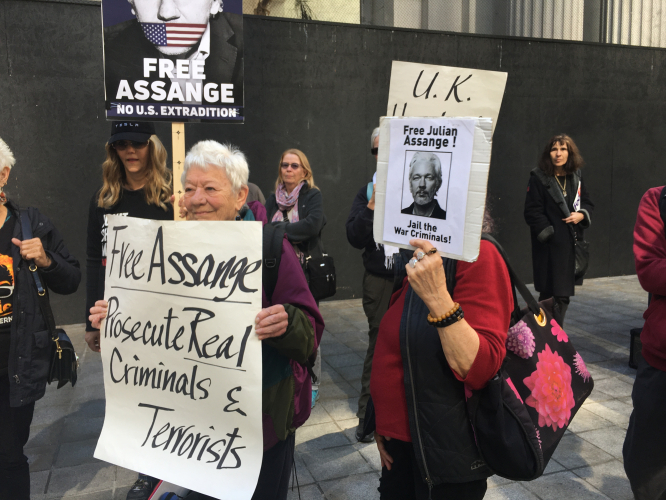 original image (4032x3024)
While Julian Assange and Chelsea Manning remain in prison there has been no prosecution of the war criminals running the UK and US government who engaged in war crimes.
https://www.youtube.com/watch?v=sFAlHXDXNW4
§Inside UK Consulate Building
by Labor Video Project Monday Mar 2nd, 2020 2:25 PM 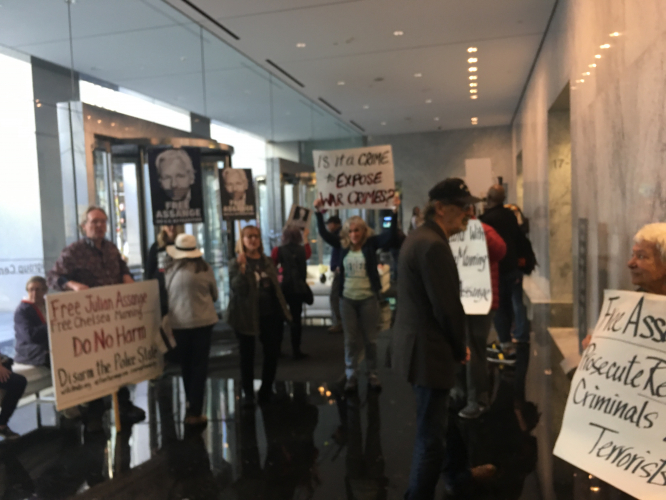 original image (4032x3024)
Assange supporters demanded to meeting with UK consulate officials to demand that he be immediately released.
https://www.youtube.com/watch?v=sFAlHXDXNW4
Add Your Comments
Support Independent Media
We are 100% volunteer and depend on your participation to sustain our efforts!