Add an Event
Newswire
Calendar
Features
Home
Donate
From the Open-Publishing Calendar
From the Open-Publishing Newswire
Indybay Feature
Publish to Newswire
Add an Event
Related Categories: San Francisco | Racial Justice
San Francisco Chinatown Rally: "The Virus is Our Enemy, Not China"
by Fight the Disease, Not the People
Sunday Mar 1st, 2020 5:30 AM
Although there has been only one death from the coronavirus in the U.S., the nation's Chinatowns are seeing a large decline in customers as fear about the viral outbreak spreads. On February 29, hundreds rallied in Portsmouth Square, the heart of San Francisco's Chinatown, to decry anti-Chinese racism and show support for Wuhan. 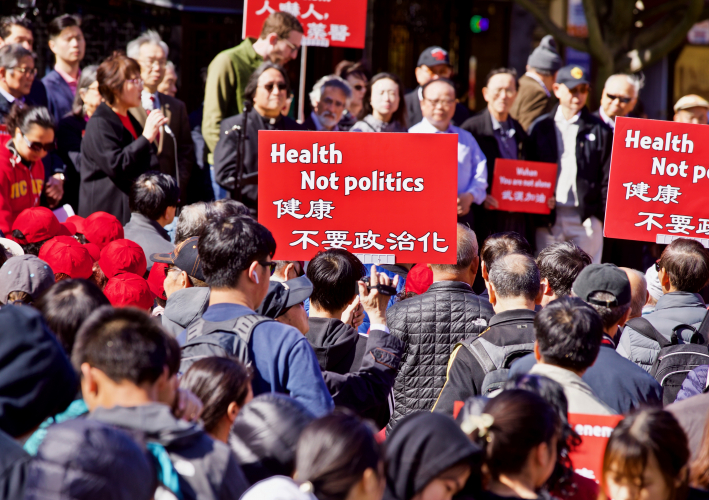 With the tagline "Fight the Disease, Not the People," a coalition of organizations came together to call for solidarity with China and an end to anti-Chinese racism. Groups included Chinese Americans for Peace, the Chinese Consolidated Benevolent Association and Act Now to Stop War and End Racism (ANSWER).

Recently both Nancy Pelosi and San Francisco mayor London Breed visited San Francisco's Chinatown, surrounded by media, appealing to the public to support business in the normally bustling area. But in the case of Saturday's rally, most of the signs were calls to heed science rather than rumor, and to stand with China to "fight the covid-19 virus." Speakers and sign carrying demonstrators decried anti-Chinese racism, with placards like "We are Healthy We Are Chinese," "Reject Fear and Racism," and "Time for Facts not Fear."

Organizers said that media reports with politicians’ comments that politicize the virus, instead of recognizing it as a public health issue, serve only to disparage Asians in America. They want the U.S. to support China's efforts to contain the epidemic and fight it. Following the speakers, the crowd marched to Union Square under police escort. 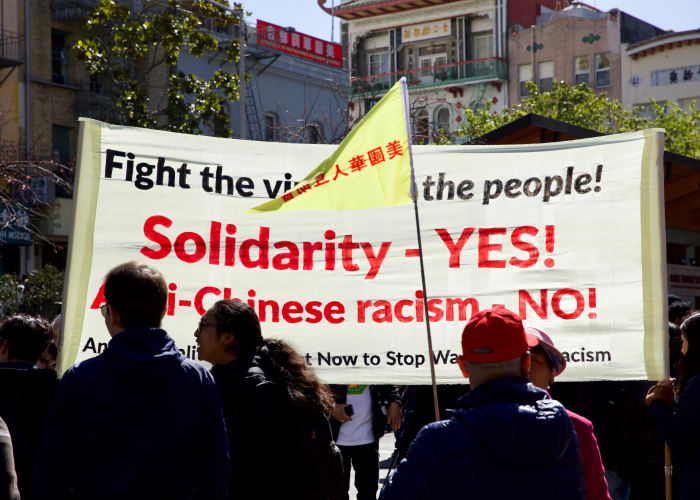 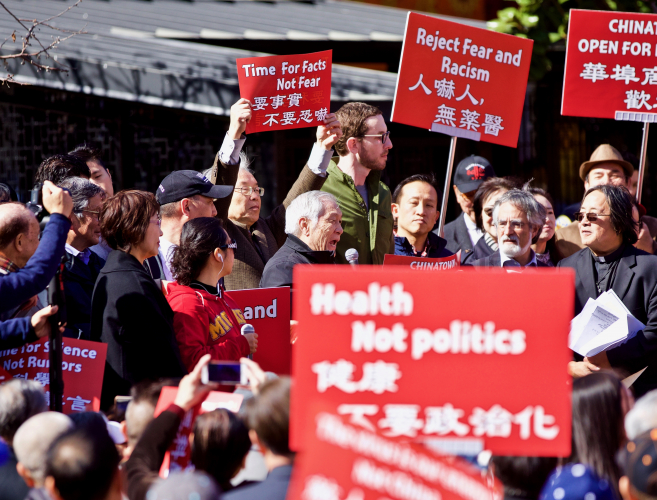 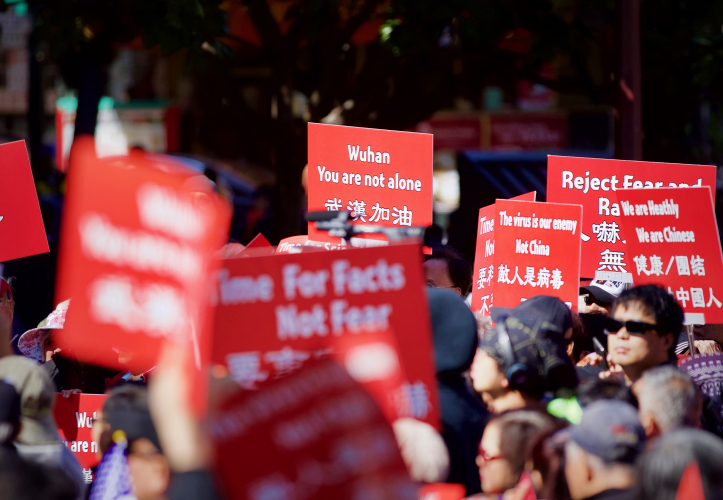 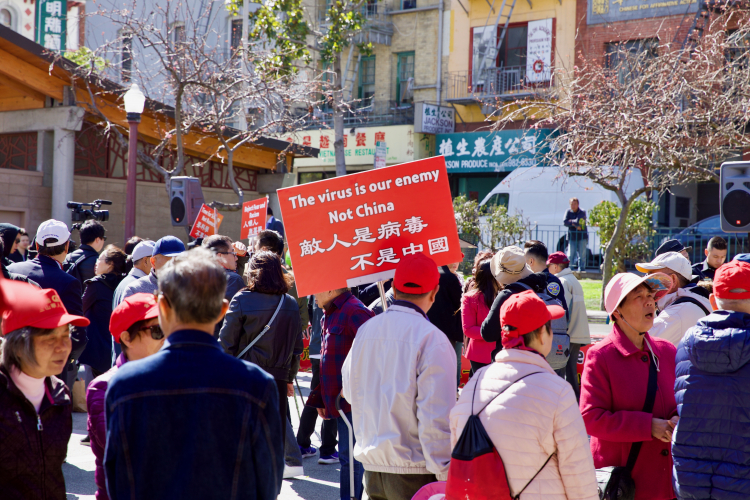 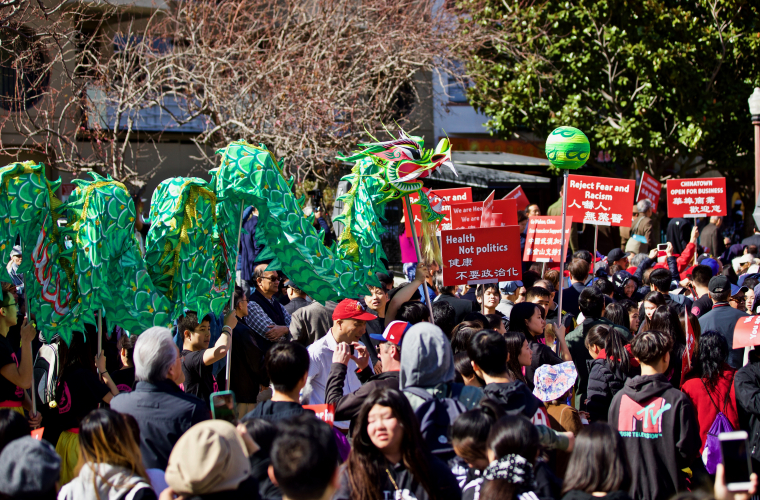 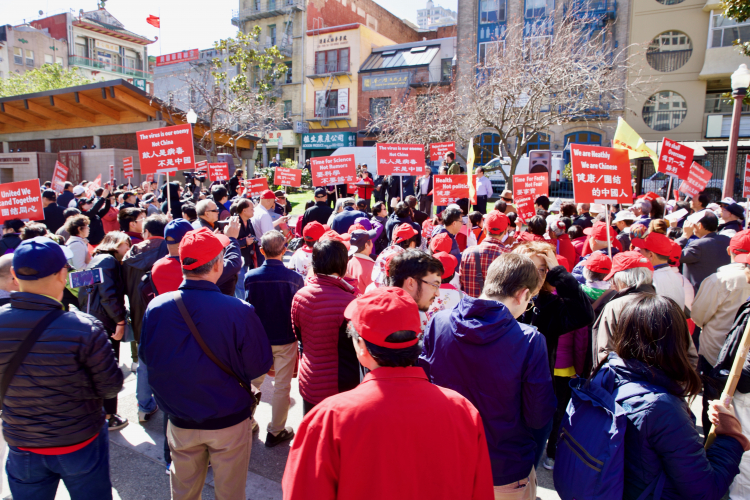 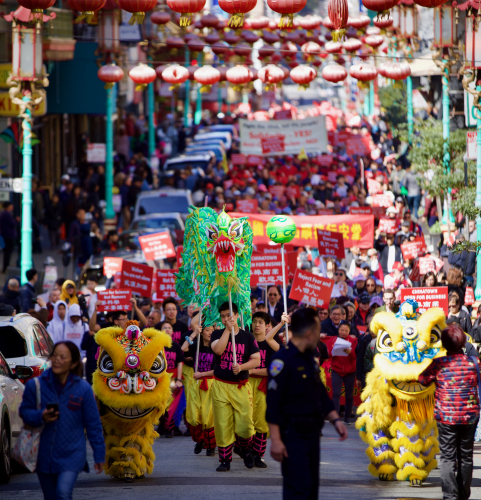 original image (4480x4653)
Add Your Comments
Support Independent Media
We are 100% volunteer and depend on your participation to sustain our efforts!