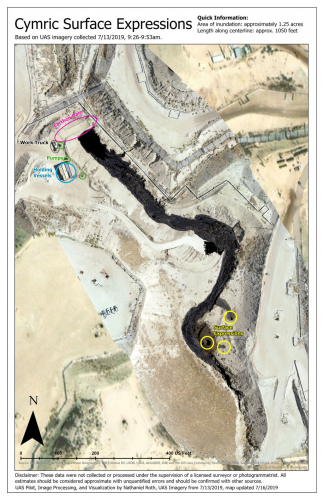 California’s Fifth District Court of Appeals found that a key county analysis failed to disclose the full extent of oil and gas drilling’s environmental harm, in violation of state law.

“Kern County used the flawed study to pass an industry-friendly oil and gas ordinance in 2015 and has issued more than a thousand permits a year since it passed,” according to a press release from a coalition of groups.

Kern County produces 70% of the oil extracted in California, with over 113 million barrels in 2018. Kern also has the latest concentration of oil wells of any county in the nation.

The judge ruled that the County failed to fully evaluate and disclose the environmental damage that would occur as a result of the county’s plan to permit up to 72,000 wells over the next 25 years, according to the groups. Numerous public health, community and environmental organizations opposed the ordinance, since it would disproportionately impact communities of color in Kern County, who already breathe some of the most polluted air in the United States.

The court stated: “Our review has identified five areas in which the EIR did not comply with CEQA: (1) mitigation of water supply contracts, (2) impacts from PM2.5 emissions, (3) mitigation of conversion of agricultural land, (4) noise impacts and (5) recirculation of the Multi-Well Risk Assessment for public review and comment."

“The court agreed with local community groups and environmental organizations, joined by a local farm, that this failure to disclose could cause harm from water use, air pollution, farmland degradation, and increased noise. It also faulted the county for not allowing the public adequate time to review a study on the health impacts of oil and gas,” according to the groups.

Caroline Farrell, executive director of the Center on Race, Poverty, and the Environment, said, “This is an important victory for Kern County residents. Kern County residents deserve to know the impacts from oil and gas operations on their community so that we can reduce those impacts and protect our health and environment.”

The court ordered that the environmental impact report and the ordinance be set aside until the county can demonstrate it complies with the law. Kern County must stop issuing permits under the ordinance within 30 days.

The oil industry wrote the ordinance adding another layer of permitting so the County would in one fell swoop be able to complete oil and gas permitting for the next 72,000 wells. The ruling means environmental review of new drilling proposals in Kern County will revert back to state authorities, according to the groups.

“The real purpose of the ordinance was create an environmental impact report upfront to grease the skids for all future oil and gas developments in Kern County so they wouldn’t be required to review, notify the public or address environmental impacts at the level of individual wells or oilfields,” said Colin O’Brien, the Earthjustice staff attorney who argued the case. “The purpose of the new system was to short circuit further review.”

“Kern County failed to solve drastic water supply and air quality problems when it passed an ordinance written by oil and gas companies to favor the industry over the health of local families,” she stated. “The court rightfully told them to go back to the drafting table. Oil and gas operations compete with families and farmers for scarce fresh water supplies and they pump deadly air pollutants into the Central Valley. Those impacts can’t be ignored.”

Sierra Club Senior Attorney Elly Benson added, “We are glad to see the court recognize that the county cannot ignore the severe impacts of this unprecedented attack on the health of local families and our environment. Kern County communities should not be forced to breathe dirty air and compete for clean water supplies in the name of fossil fuel industry profits."

Lorelie Oviatt, director of the Kern County Planning and Natural Resources Department, disagreed with the environmental groups’ assessment of the court decision, claiming that the court ruled in their favor on a number of issues — and that their goal was to fix the ordinance.

“We will we go ahead and fix the things thing that court said was flawed and correct the ordinance,” said Oviatt. “We will get it right. It’s unfortunate that the extensive environmental protections for our water and air that the Kern County Board of Supervisors placed on our oil industry have been overturned by outside environmental interests. We will continue to ensure that we have the necessary protections for our communities so that we can have responsible oil and gas extraction.”

”We won on a number of number of important issues that Appeals Court did say were fine,” she continued. “We have produced an over the counter permit for thousands of oil and gas wells on 2.3 million acres of land, an approach that the court said was fine. This is a huge step forward for CEQA.”

The Western States Petroleum Association, the largest and most powerful corporate lobbying group in California, told the Bakersfield Californian that it was “reviewing the court ruling.”

The ruling was issued at a time when California regulators are continuing the expansion of oil and gas drill drilling begun under Governor Jerry Brown. Brown’s regulators approved 21,000 new or reworked oil and gas wells from 2011 to 2018, while Newsom’s regulators issued 4,545 permits in 2019.

In spite of California’s “green” reputation, the oil industry has dominated California politics for many years. The Western States Petroleum Association (WSPA) placed first in the annual lobbying “competition” in California in 2019 with $8.8 million spent on influencing the Governor’s office, legislators and other state officials, a position it captures most years.

When you add the $8.8 million from WSPA and the $5.9 million from Chevron, that comes to a total of $14.7 million spent of lobbying between the two oil industry giants alone.

WSPA and Big Oil wield their power in 6 major ways: through (1) lobbying; (2) campaign spending; (3) creating Astroturf groups: (4) working in collaboration with media; (5) contributing to non profit organizations and (6) serving on and putting oil industry lobbyists and officials on regulatory panels.

For example, Catherine Reheis-Boyd-Boyd, President of the Western States Petroleum Association, chaired the Marine Life Protection Act (MLPA) Initiative Blue Ribbon Task Force to create so-called “marine protected areas” in Southern California from 2009 to 2012 at the same time that she was lobbying for increased offshore drilling in California waters. She also served on the MLPA Blue Ribbon Task Forces for the Central Coast, North Central Coast and North Coast from 2004 to 2012.

For more information, go to: http://www.dailykos.com/…
Add Your Comments
Support Independent Media
We are 100% volunteer and depend on your participation to sustain our efforts!