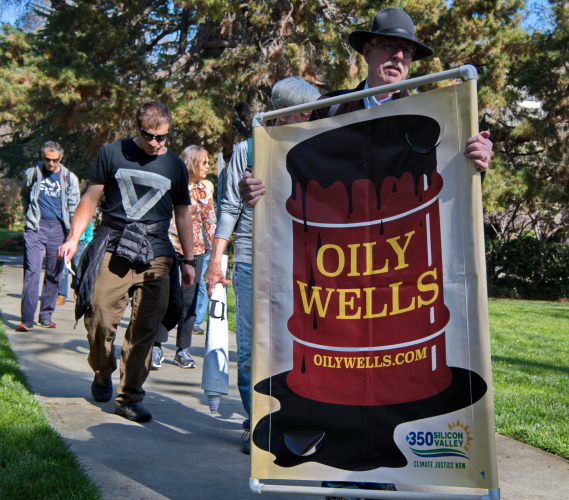 They assembled in a corner of Mountain View’s Pioneer Memorial Park, then quietly, to surprise the Wells Fargo branch, walked over, entered the bank and deployed their banners and signs. Meeting no success in delivering a letter to branch manager, the demonstrators chanted, sang and delivered information about Wells Fargo’s contribution to the climate crisis.

The police, however, had been expecting them having been seen visiting the branch just before the protest. They made no initial efforts to interfere. Eventually, as they walked among the protesters in the customer area in front of the tellers, the demonstrator lay down in a “die in”.

Having made their point the demonstrators got up and, exiting the branch, handed leaflets to the police.

With a loud megaphone the climate action continued outside. Many cars honked their approval as many leaflets were handed out to friendly passersby.

It is up to the environmental movement to keep up and increase the pressure.
https://kunstena.smugmug.com/Politics-1/De...
§
by Leon Kunstenaar
Sunday Feb 23rd, 2020 3:58 PM 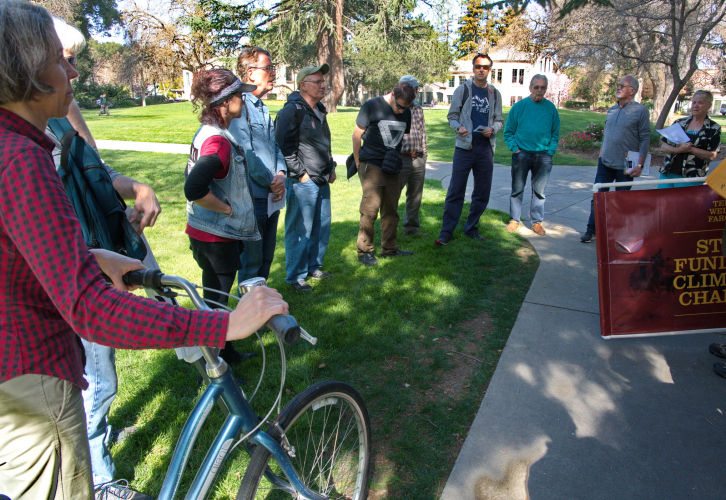 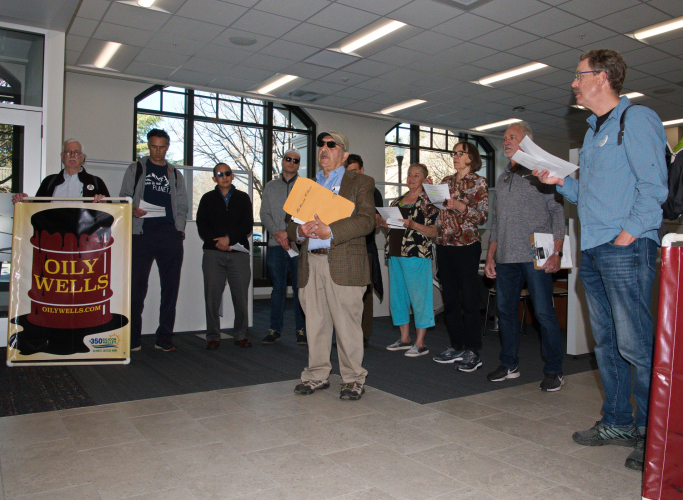 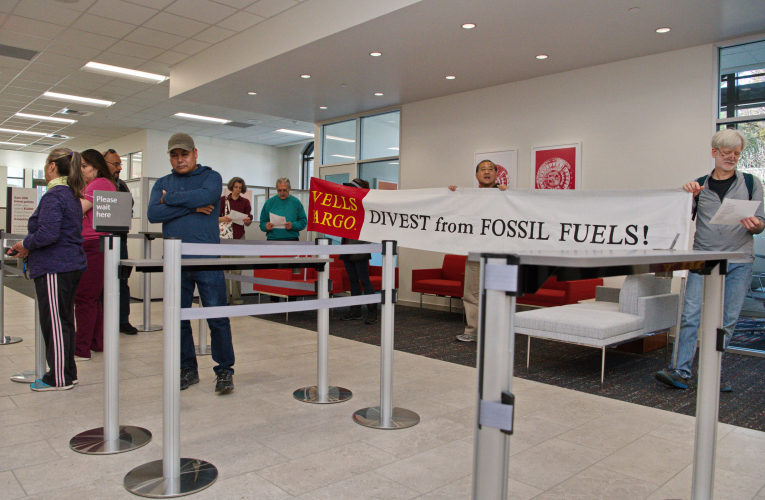 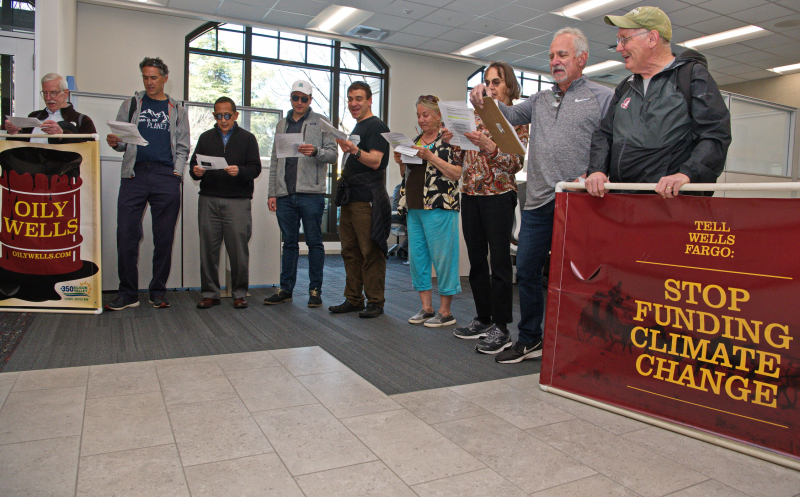 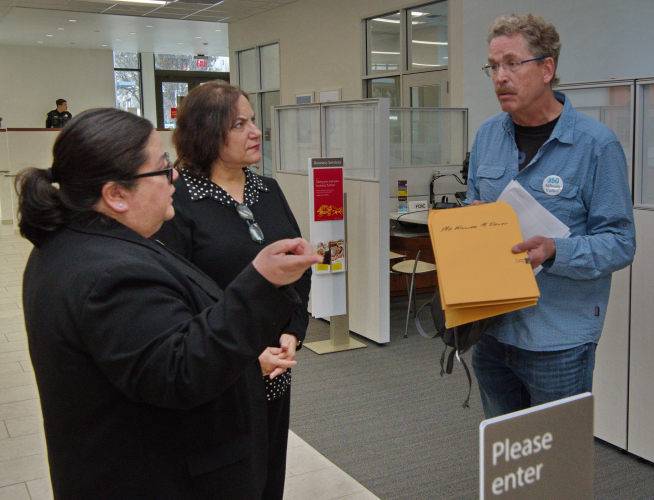 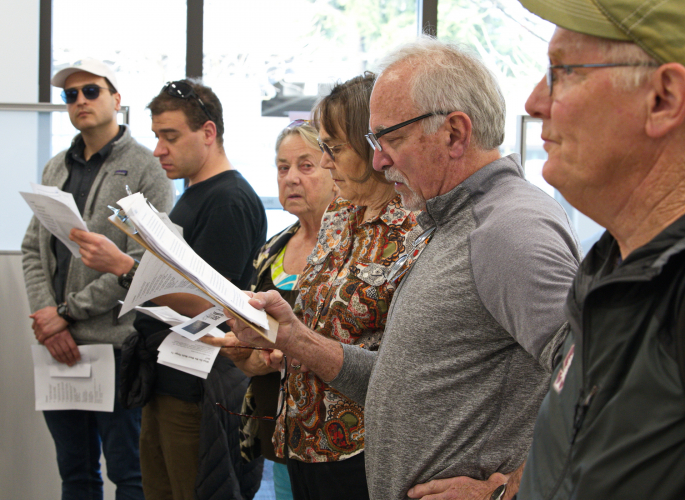 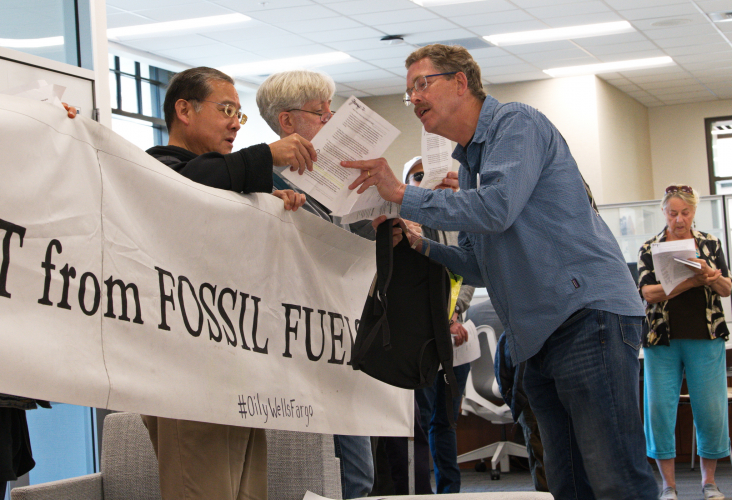 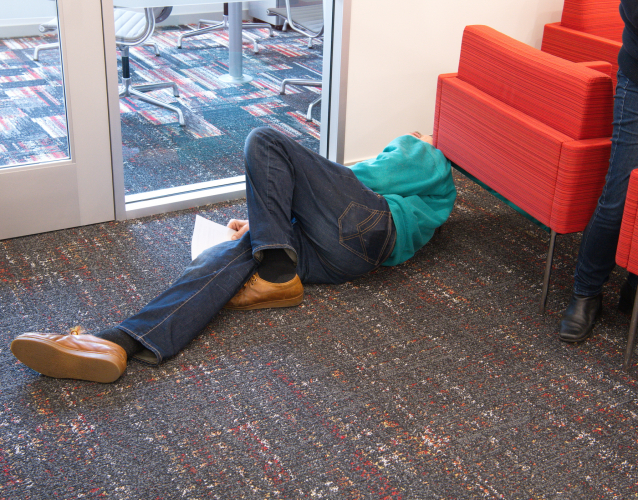 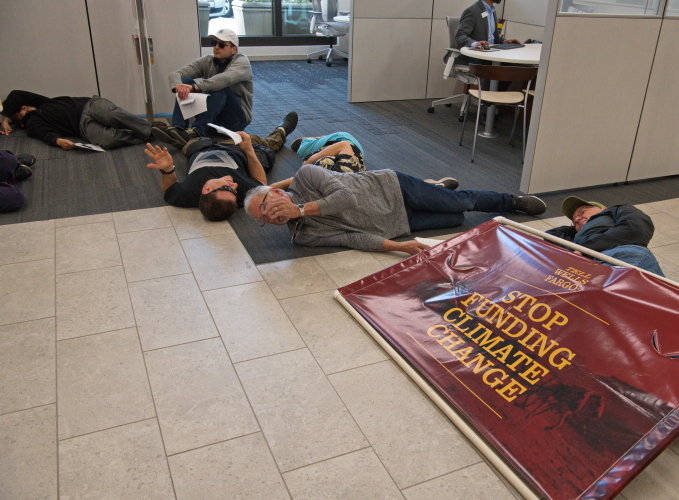 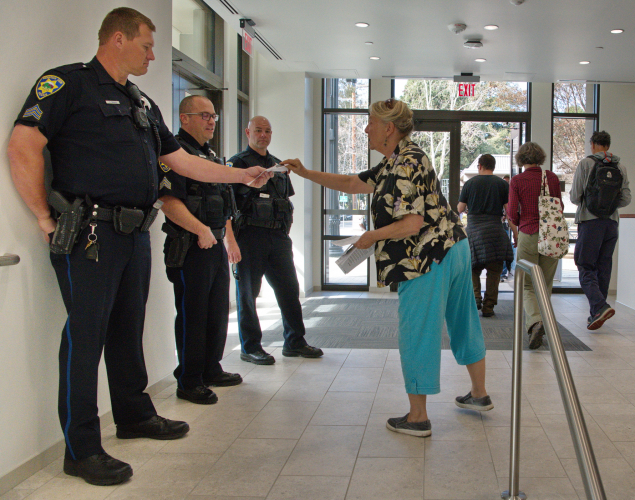 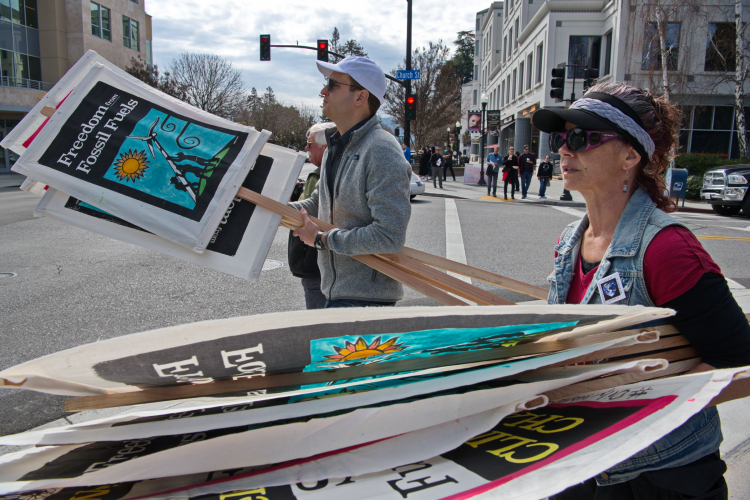 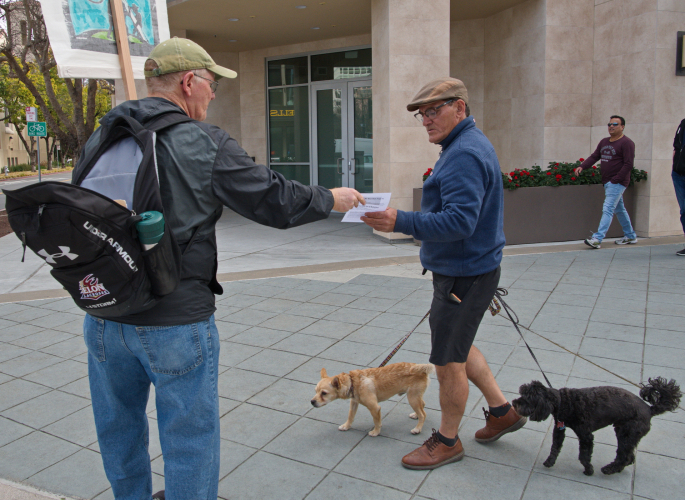 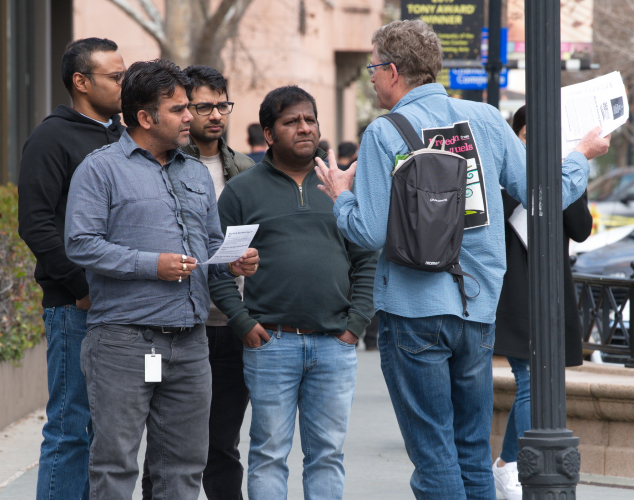 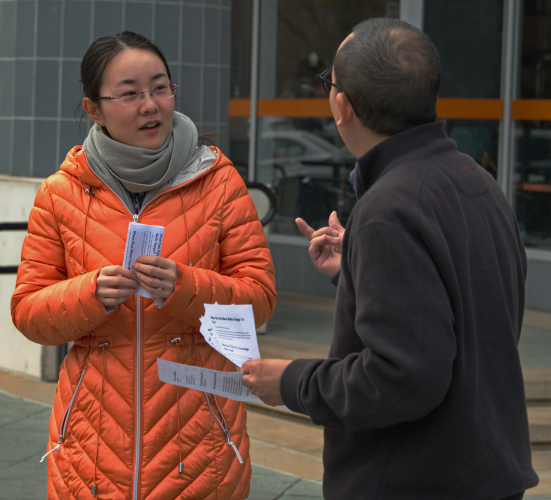 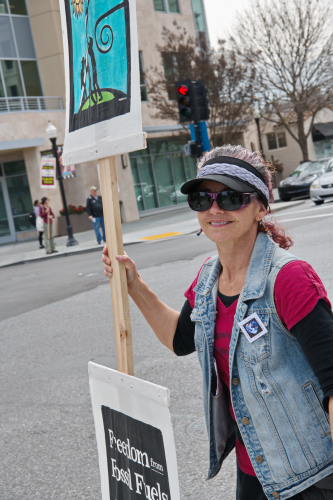 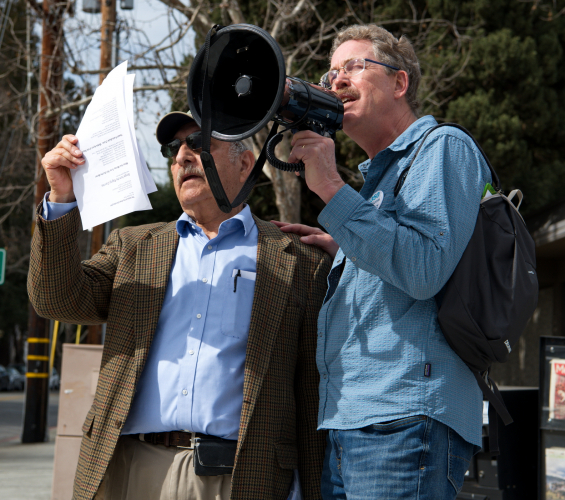 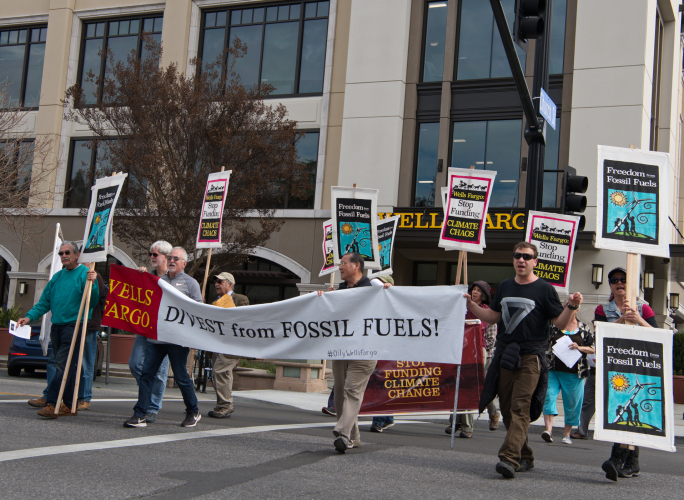 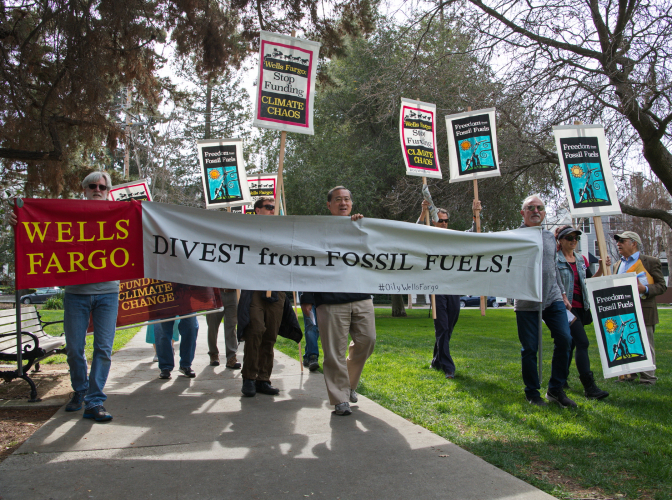 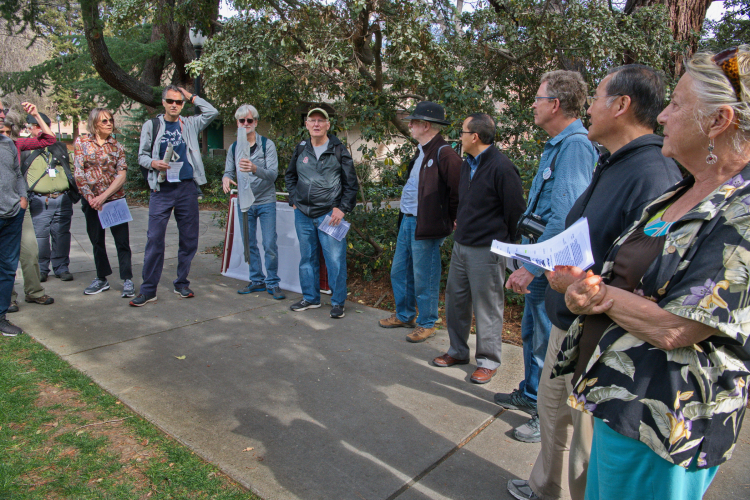