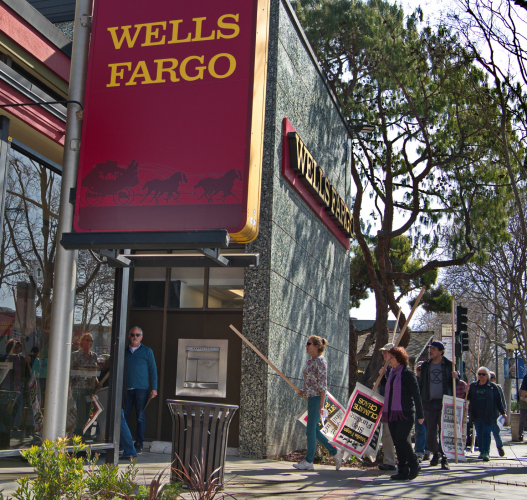 After assembling more or less surreptitiously behind a CVS on Lincoln Ave, about twenty protested with more or less hidden banners and signs, marched into the Wells Fargo branch.

With the banner and signs deployed throughout banks customer area, they sang and chanted the message that Wells Fargo’s $172 billion a year financial support of the fossil fuel industry was destroying our environment.

With the manager absent, other employees disregarded the attempted delivery of a letter from the group. They then called the police.

The forty minutes it took the police to arrive provided the demonstrators ample time for chants, speeches and song. The activists, advised by the police of a “official” trespass warning that anyone returning to the bank would be subject to arrest, continued the demonstration outside.

Back in the parking lot, hands were joined in a cheer for a job well done. There would be a similar action the next day in Mountain View.
https://kunstena.smugmug.com/Politics-1/De...
§
by Leon Kunstenaar
Sunday Feb 23rd, 2020 1:37 PM 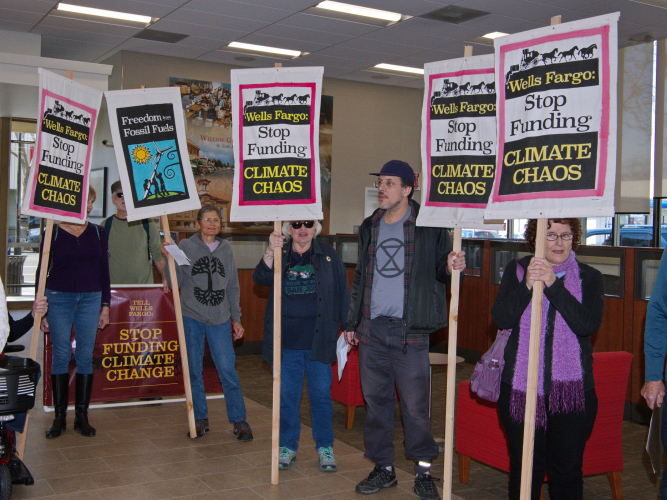 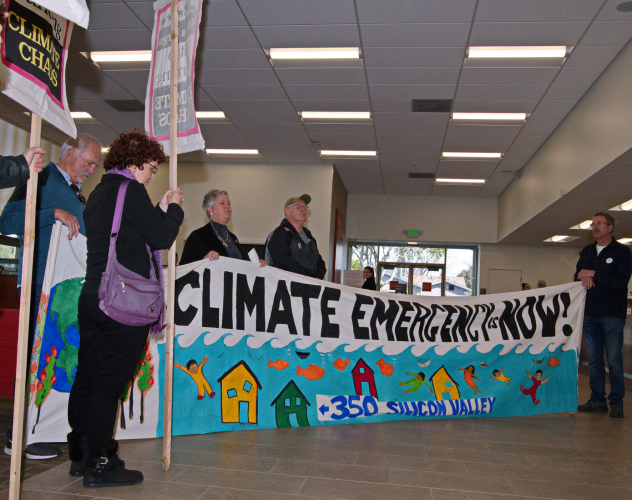 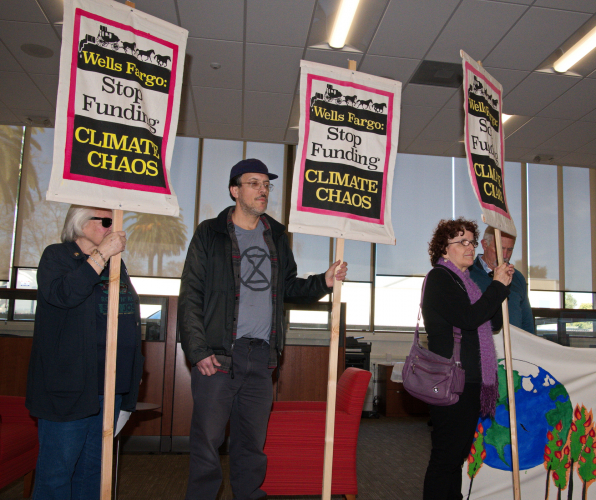 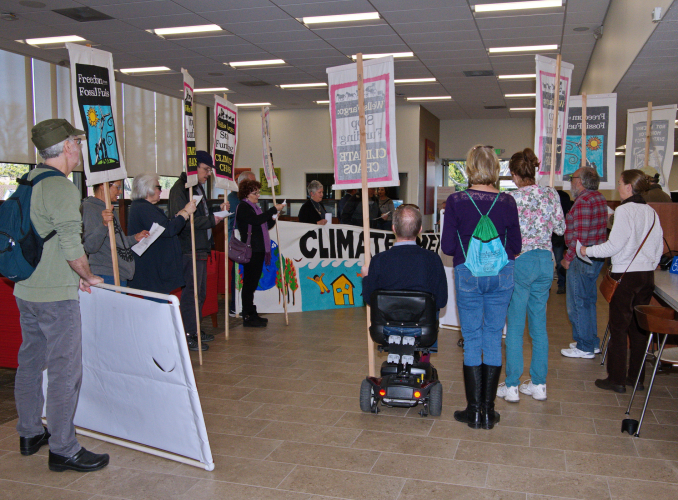 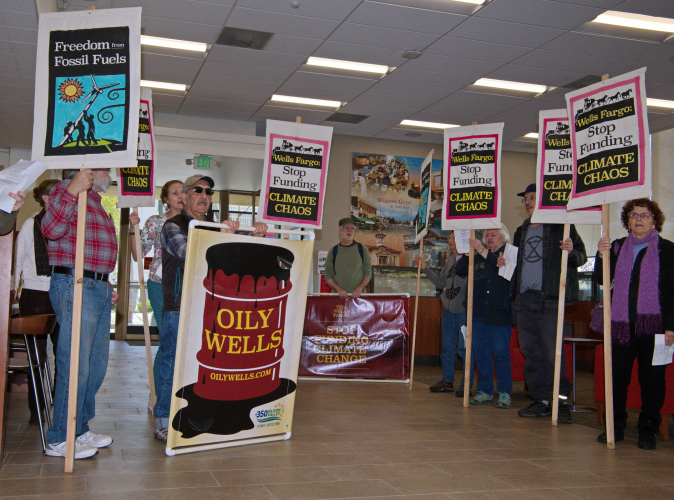 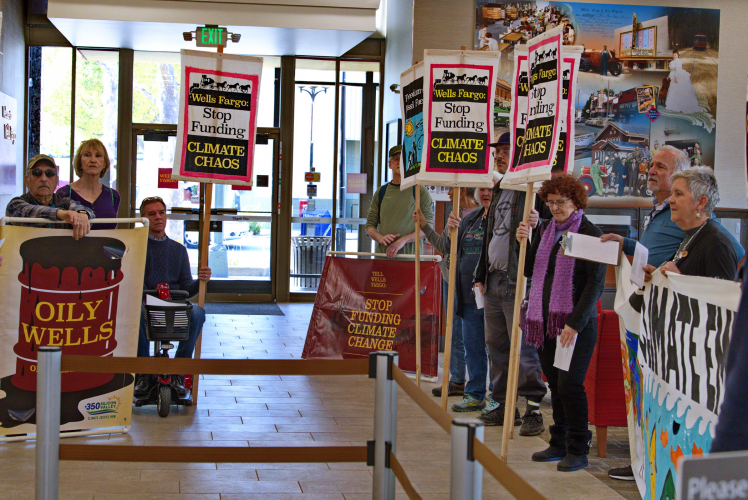 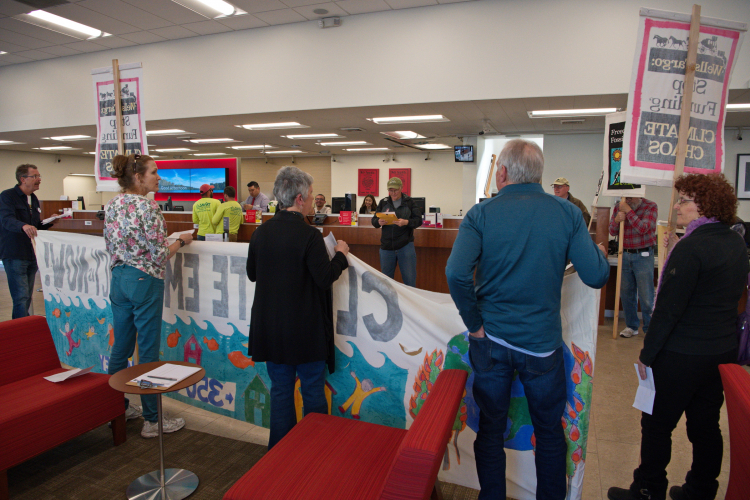 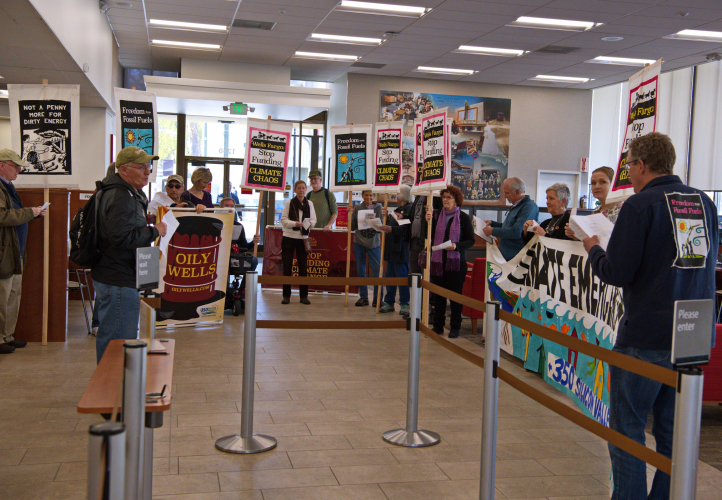 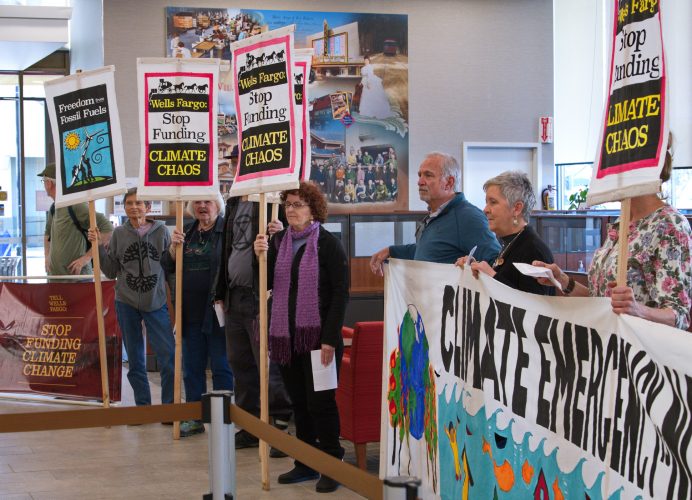 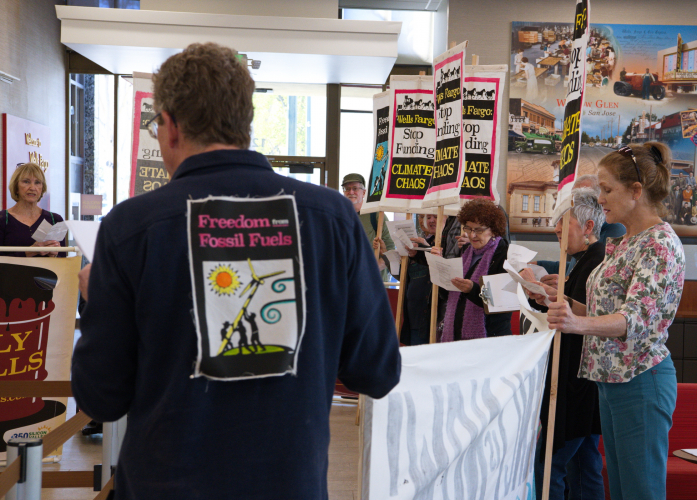 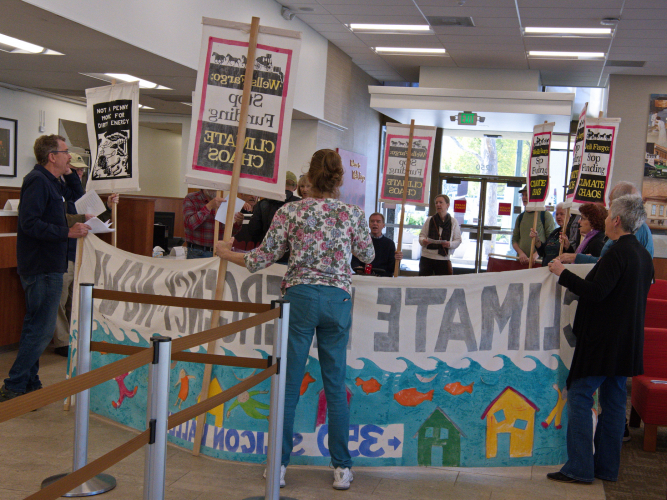 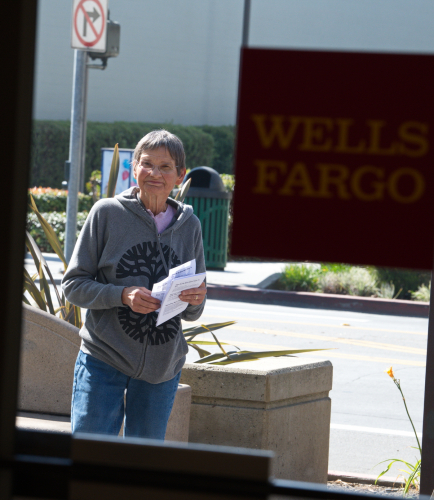 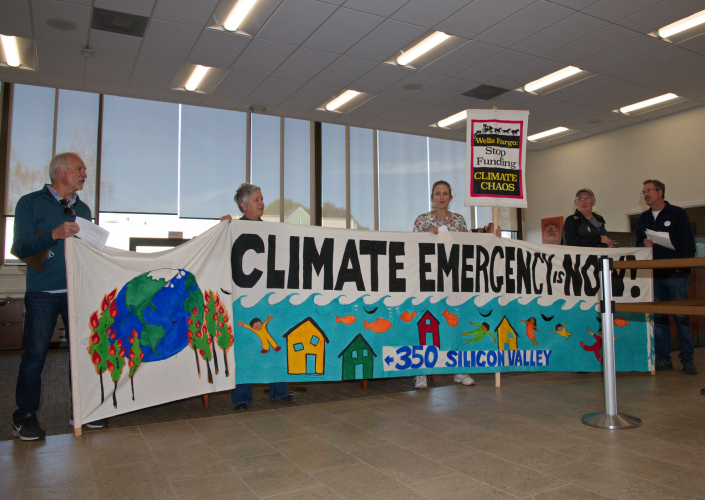 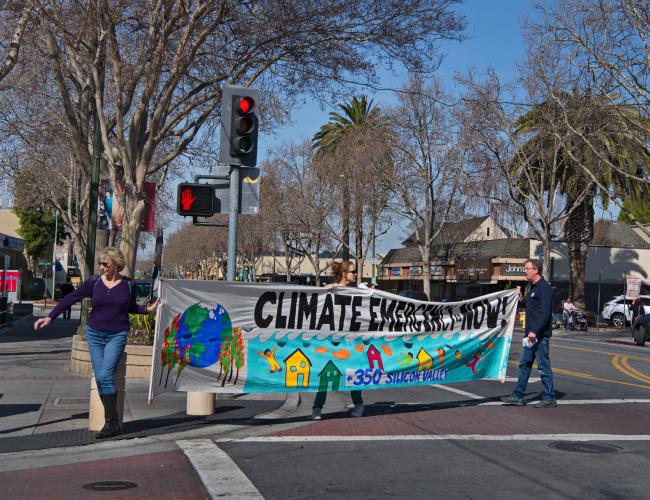 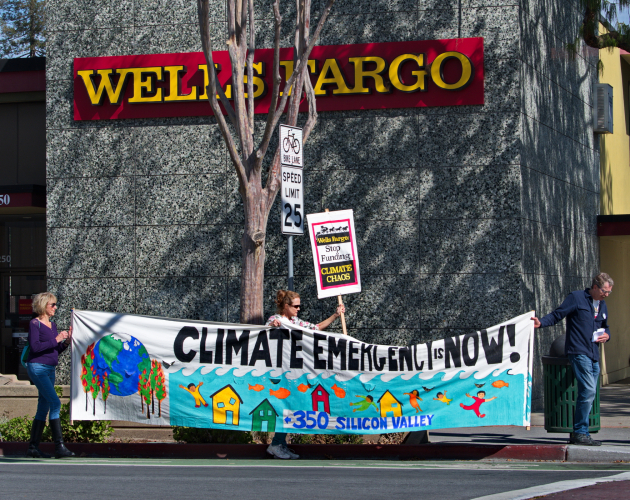 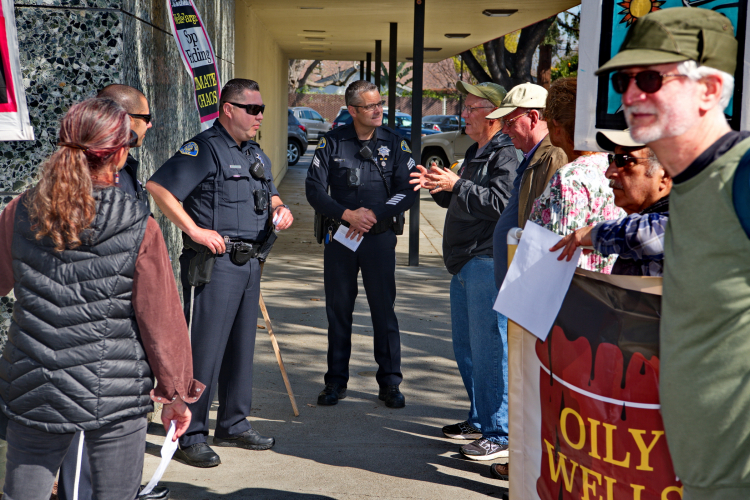 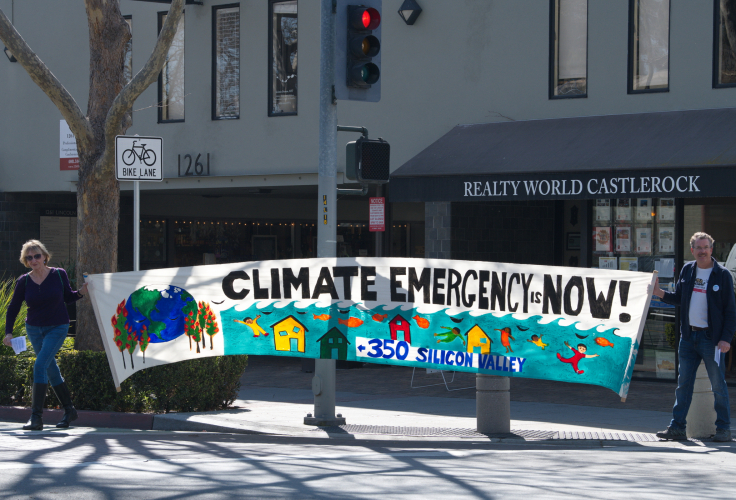 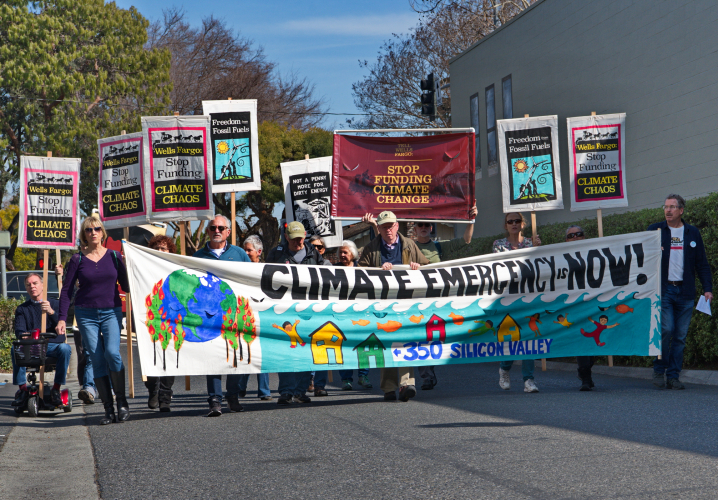 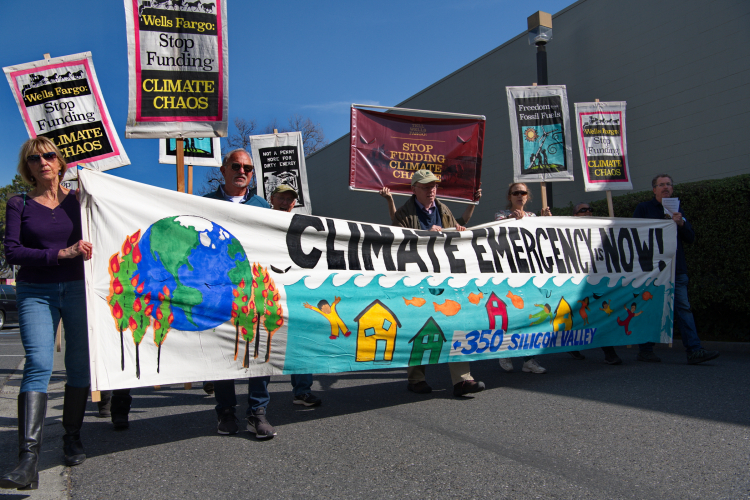