Add an Event
Newswire
Calendar
Features
Home
Donate
From the Open-Publishing Calendar
From the Open-Publishing Newswire
Indybay Feature
Publish to Newswire
Add an Event
Related Categories: Peninsula | Environment & Forest Defense
Protesters in Silicon Valley Tell Wells Fargo "Quit the Dirty Energy Business"
by Die-In Inside Mtn View Bank Branch
Sunday Feb 23rd, 2020 4:21 AM
Demonstrators called on Big Oil’s largest lender, Wells Fargo, to halt its financing of fossil fuels and invest instead in clean energy solutions to the climate crisis. They took their protest of Feb 21 to a branch in Mountain View, CA where they had a die-in. This came on the heels of an action in which they occupied a branch in San Jose for nearly an hour the previous day. 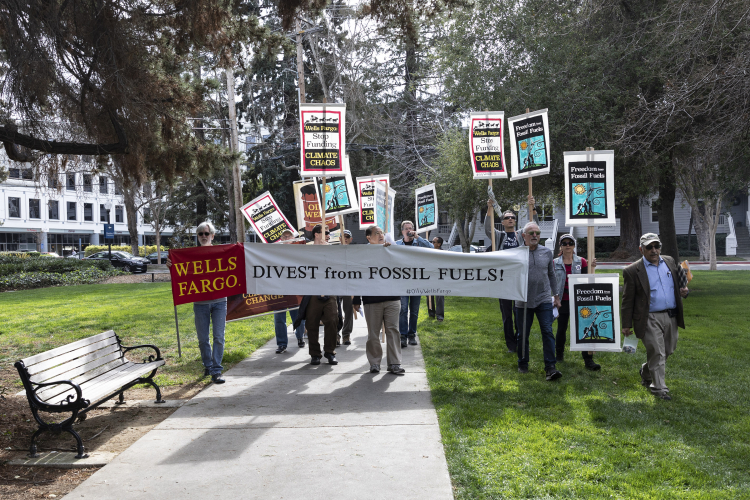 A few big European banks have begun avoiding all fossil fuel infrastructure projects, and climate activists in Silicon Valley are urging Wells Fargo to do the same. Mindful that the bank's worldwide headquarters are only 30 some miles north of Mountain View, and having already barrel blockaded the entrance there last spring, demonstrators staged a die-in within the downtown Mountain View branch on Friday.

350 Silicon Valley recently changed its name to SV-CAN (Silicon Valley Climate Action Network) and continue to move forward with a positive can-do attitude. In fact, they say they plan even bigger actions in the coming months. For now, the Mountain View action was plenty attention grabbing.

After marching down Mountain View's main drag, Castro Street, with a large banner and printed signs, activists entered the branch at approximately 11:30am. Branch administrators called police, who arrived in about 20 minutes. The manager on duty refused to accept a prepared letter addressed to corporate headquarters, prompting demonstrators to stage a die-in to make their point.

The group busted out with some chants before finally heading outside where they leafletted with about 200 information flyers. Response on the street was positive; many people thanked the demonstrators for taking action.

Mountain View is an aware town, with housing and rent control being top issues discussed at almost every city council meeting. Immigration rights protests are frequent in the civic center plaza and climate catastrophe is on the mind of most residents. SV-CAN members let people on the street know how the world's 4th largest bank is contributing to climate disaster and invited them to act with their feet, close their accounts at Wells Fargo, and let management know why they are doing so.
§Get Me to the Protest on Time
by Die-In Inside Bank Branch Sunday Feb 23rd, 2020 4:21 AM 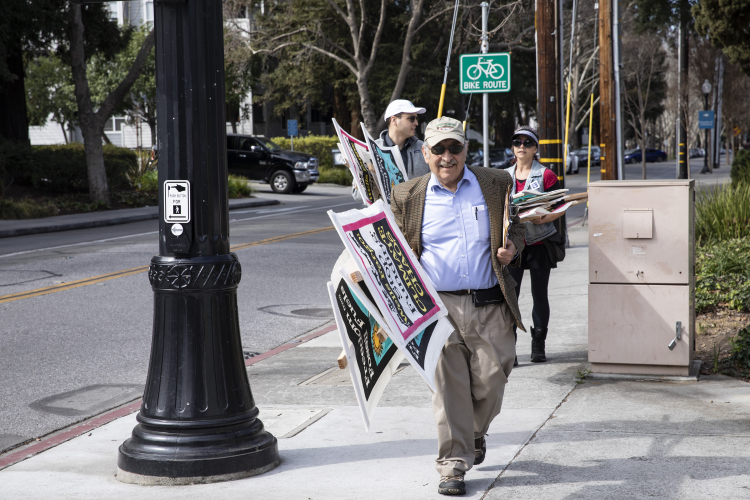 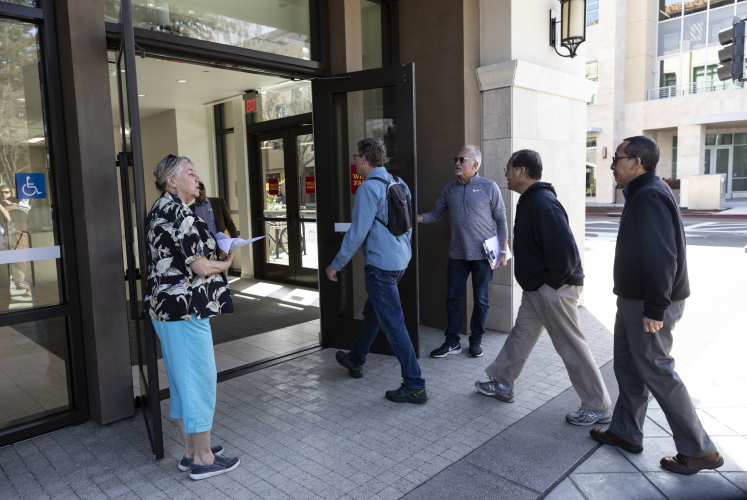 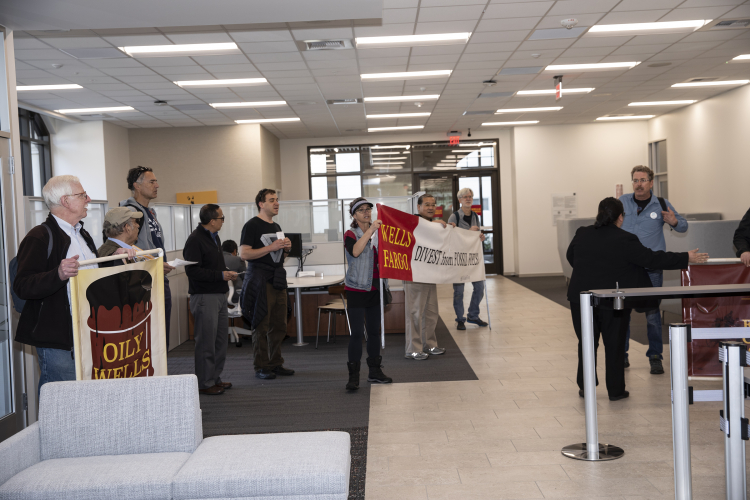 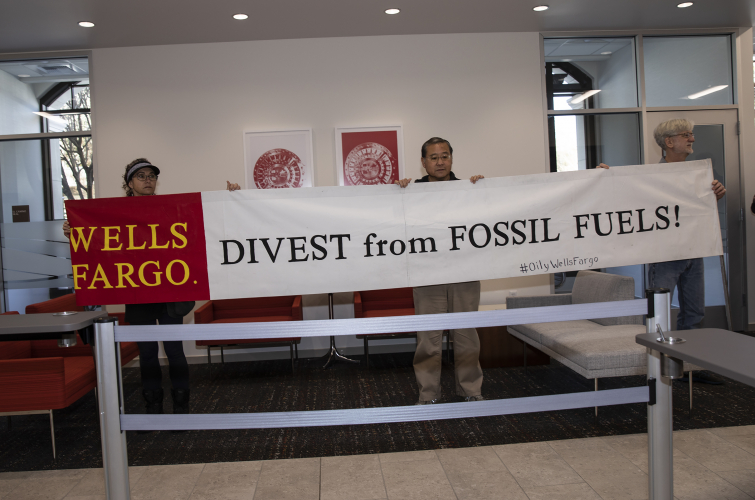 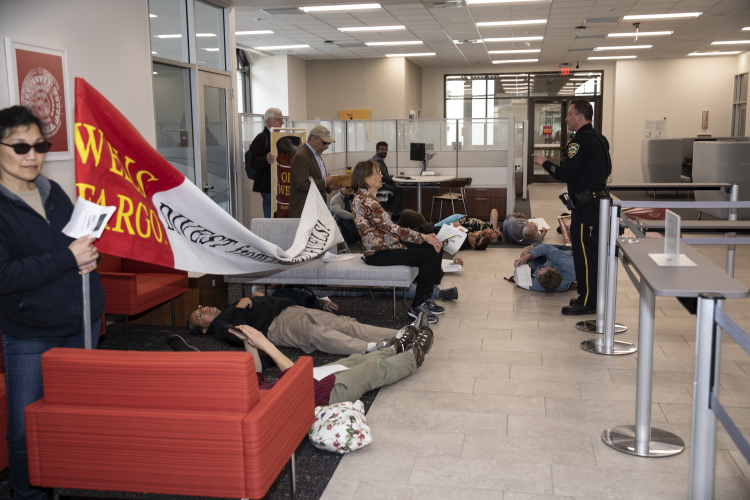 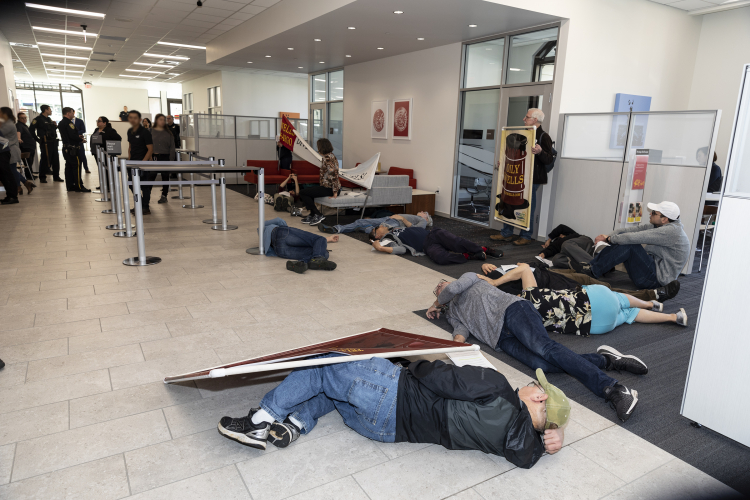 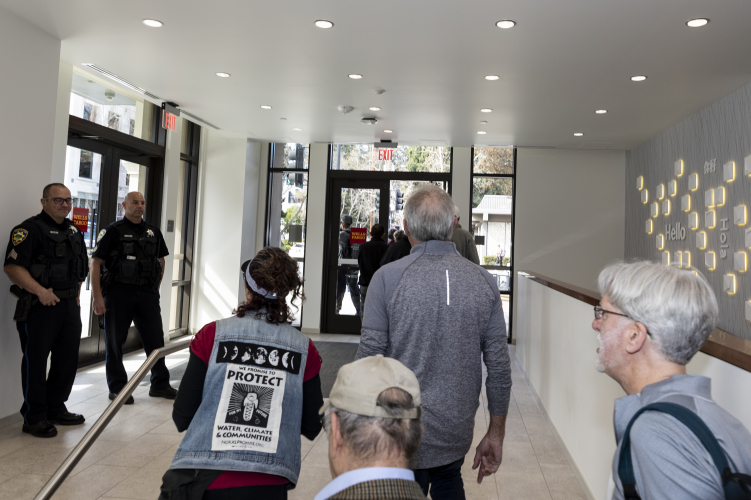 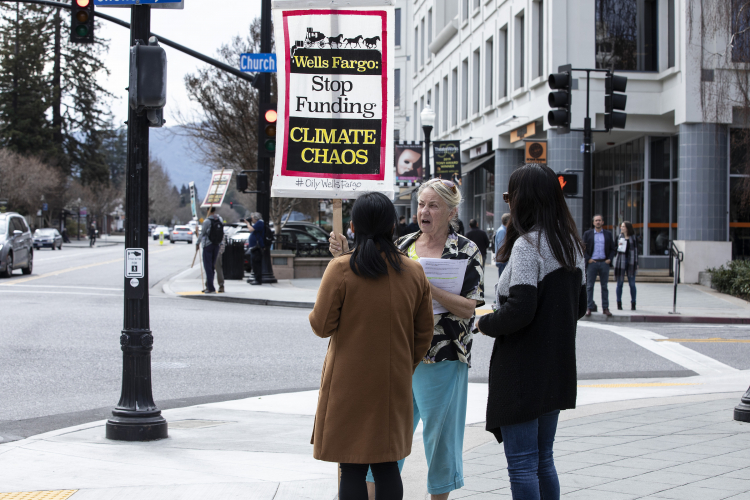 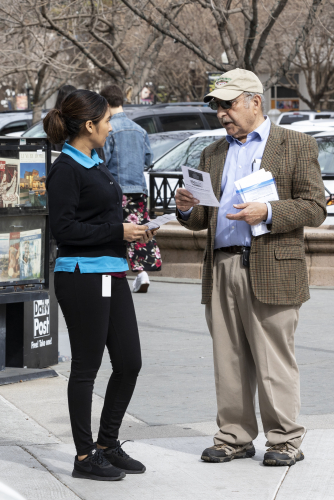 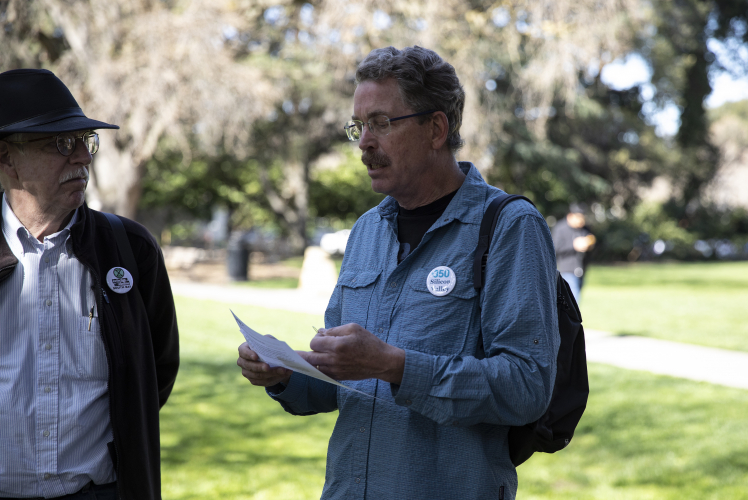 original image (3150x2104)
Extinction Rebellion and 350 Silicon Valley
Add Your Comments
Support Independent Media
We are 100% volunteer and depend on your participation to sustain our efforts!