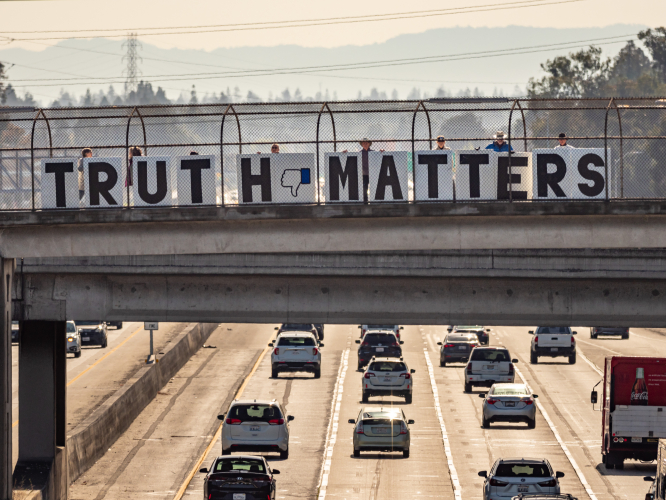 Many fed-up Facebook users have closed their accounts. But others say they shouldn't have to, insisting that, like a public commodity, telecom, or newspaper, Facebook should change. And if it won't change, they insist, it needs to be regulated.

Protesters said on Monday that Facebook's irresponsibility is threatening our democracy. Since the 2016 election, Facebook has pulled down fake accounts and partnered with third-party fact-checkers, but critics say those efforts aren't enough. While a larger group launched a Presidents Day demonstration in front of Zuckerberg's San Francisco home, at the exact same time others sent this simple message with a human billboard over Hwy 101 in Palo Alto to tell Zuckerberg that "Truth Matters." 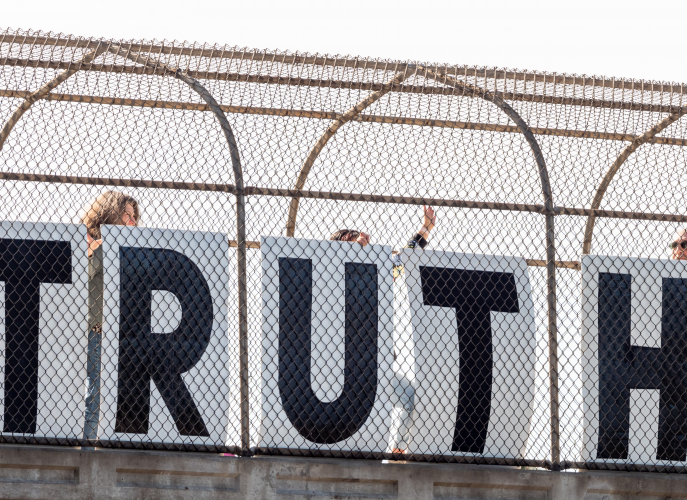 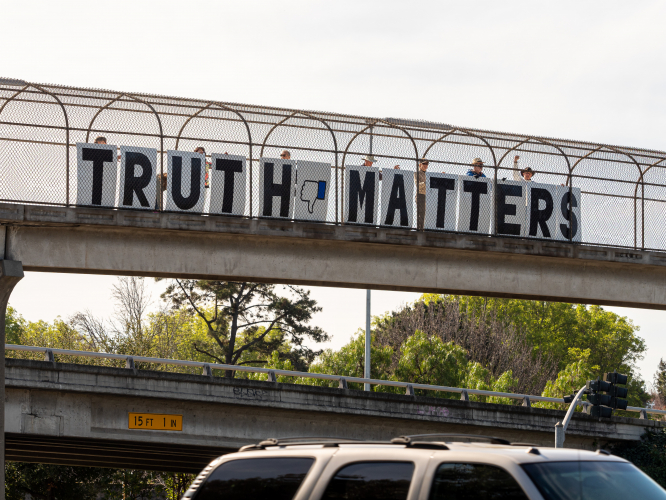 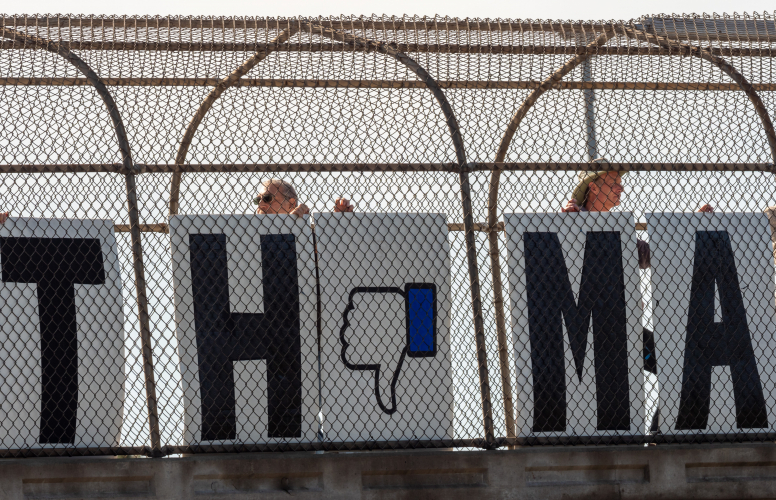 original image (5176x3335)
http://protestfacebook.org
Add Your Comments
Support Independent Media
We are 100% volunteer and depend on your participation to sustain our efforts!